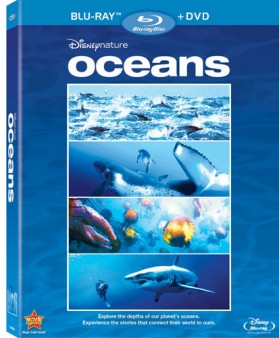 Oceans is a visually stunning film about the creatures that inhabit our planet’s seas. A French production in origin, this version inserts Pierce Brosnan’s English narration, which brings together a very loose story of the differing underwater worlds. The film’s narrative is vague, if there is any at all. It’s all about the marvel of the various creatures to be found and the mystery that lies beneath the waves and sometimes above them. From Spanish dancer slugs and blue whales, what the film calls “the largest creatures in the history of the Earth,” to orca finding unique ways to hunt seals, the film shows the struggle for life and the immediacy of death, the splendor of riches that the sea possesses in its many shapes and forms.

Scientific information is not so much abundant in Oceans, it’s obvious early on that the focus is on the beautiful imagery more than the science. The film is called “Oceans”, but when most of the creatures are being shown, the narration never tells which ocean you’re in. For the less informed among us, particularly children, whom this seems to be aimed at, this might be disconcerting and a missed opportunity to spread some knowledge.

Nevertheless, Oceans is an amazing journey and fine family entertainment. I recommend it to any and everyone of all ages. It’s splendid to watch. 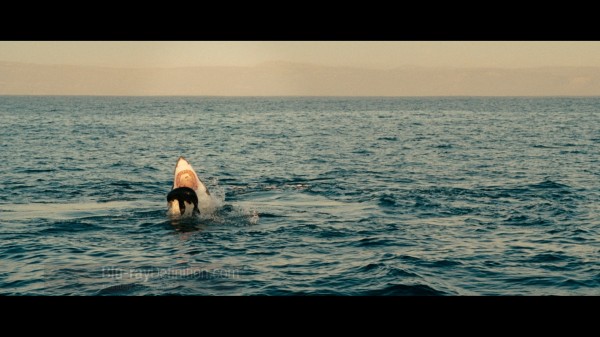 Oceans has a sparkling 2.35:1 1080p MPEG-4 encoding that is rich in detail and color and free from artifacts of any nature. The abundance of flowing water shows no macroblocking, blues are vivid and the image is bright without any apparent clipping of white levels. 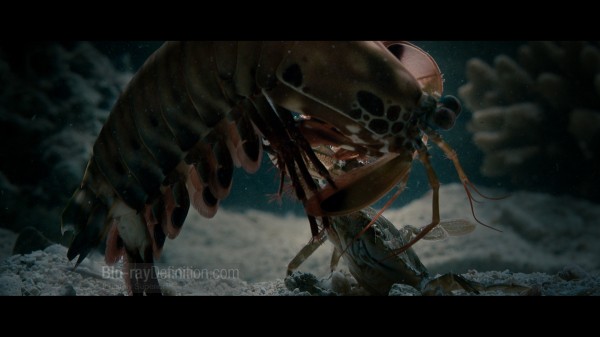 The DTS-HD Master audio 5.1 soundtrack is dynamic with big, resounding low frequencies that really get the floorboards rattling with booming sounds of rushing waves. The surround channels are filled with numerous foley effects of underwater sounds as well as the real world sounds of nature that enclose the listener in a 360° landscape. Pierce Brosnan’s narration is full and clear in the center channel, never lost beneath the rush of sounds while the beautiful score is airy and smooth. 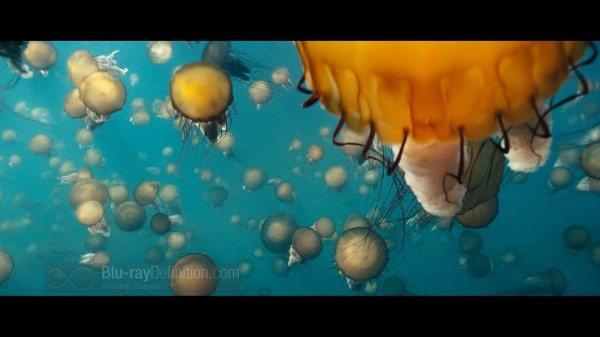 Apart from the picture-in-picture commentary from the filmmakers, the best “supplement” on these DisneyNature releases is the interactive Live Menu that updates itself and allows access to factoids and more video clips. 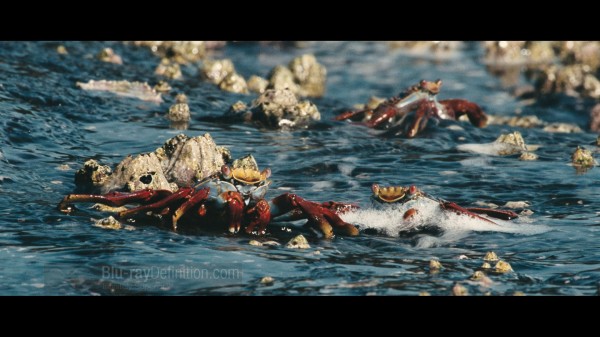 The spectacular imagery of DisneyNature’s Ocean’s makes it to Blu-ray in a wonderful reference quality Blu-ray release that offers up fine home theatre experience perfect for showing off any HDTV, while bringing a little bit of knowledge along with it. 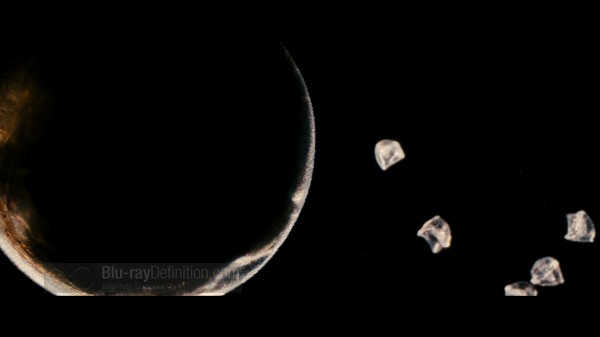 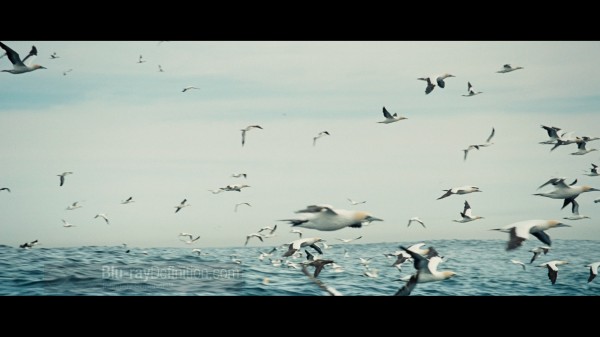 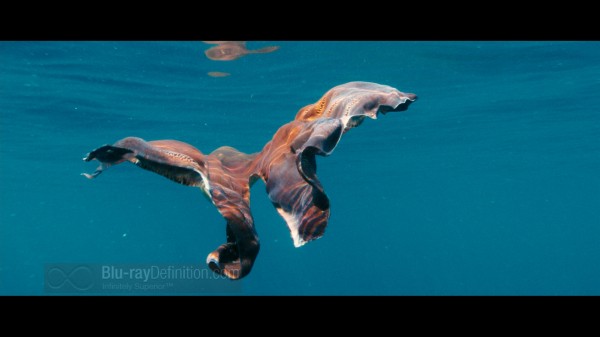 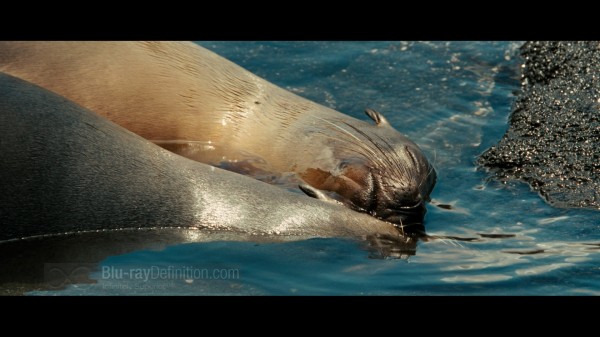 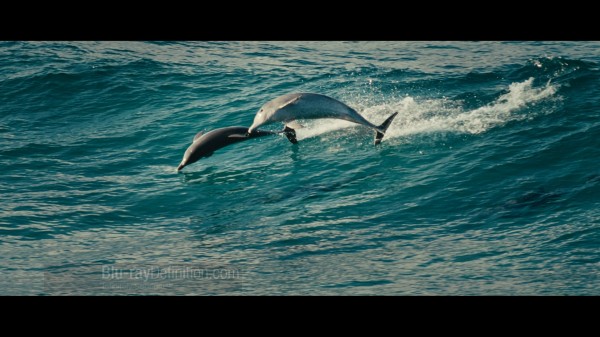