Doctor Who: The Day of the Doctor Blu-ray 3D Review 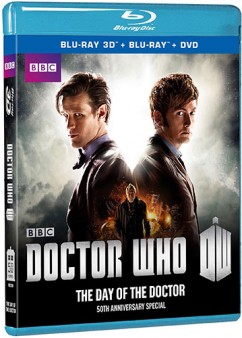 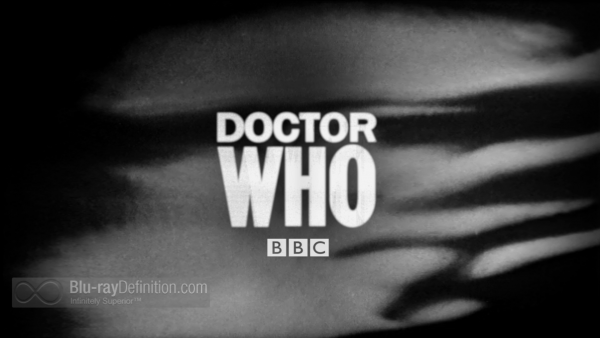 What do you if you’re the BBC and your most popular, successful, and long running sci-fi program turns 50? Well, you create a special that includes three Doctors at once and simulcast it around the world of course! The Day of The Doctor 50th Anniversary Special was not only meant to be one of the best episodes the franchise has seen, but also a celebration of all that is and has been Doctor Who. No holds barred, all stops pulled out, etc., etc. Along those lines, we were given a sci-fi extravaganza with battles, explosions, new shapeshifting alien creatures, a wedding between the Doctor and Queen Elizabeth I, and not one, not two, but THREE Doctors all at once (and even more during the finale). Returning to reprise his role as the Doctor is David Tennant, we of course get the soon to be departing Matt Smith, and in his first appearance in the titular role, John Hurt, who plays The Doctor from some 400-years earlier. Hurt is the pivotal character in this story that finally answers some questions of what developed The Doctor’s psyche, what actually happened during the Time Wars.

In 2013, The Doctor (Matt Smith) with his companion Clara (Jenna Coleman) is summoned by the clandestine British intelligence agency U.N.I.T. under direct orders of Her Majesty Queen Elizabeth I. His help is needed in defending Britain and the world against a major threat that has escaped from Time Lord three-dimensional art – a sort of slice of time captured in a frame. Meanwhile, 400-years earlier, The Doctor (John Hurt) — older, cynical, and war-weary — takes it upon himself to end the Time War between the Time Lords and the Daleks with a powerful, sentient weapon with a conscience of its own. The weapon, called “The Moment”, takes on an interface that resembles Rose Tyler (Billie Piper), a companion from the Doctor’s future, and warns him of the consequences his decision will have on his future life. As such, she sends him on a journey to his future selves that includes two more Doctors (Tennant and Smith). As the three Doctors work together to try to save the Earth from shapeshifting aliens that have been plotting to overrun the planet since the reign of Elizabeth I, The Doctor of 400-years earlier realizes the bitterness he has fostered within his future self by destroying his home planet and killing the billions of Time Lords, women and children included, along with the Daleks, just to end the war. Now he and the two future Doctors have a second chance, but what decision will they make?

Writer Stephen Moffat has really crafted a superb episode here. The interplay between the three Doctors is magnificently witty and humorous. We can see the difference in character between the “first” Doctor and the two “older” Doctors whose more childlike behavior becomes an obvious coping mechanism for covering up the pain they feel for their past. The use of Billie Piper as Rose Tyler/Bad Wolf is also another fine example of a smartly done interweaving of Doctor Who mythology.

The backdrop to all of this are some fantastically pumped up visual effects, the likes of which Doctor Who has hardly seen. It looks even better in its 3D conversion, a really geeky and fun way to watch this very special episode. And this one is a special one indeed. The battle sequences with the spacefighters that open up the show early on look top flight – pun intended. Of course, we also get some good ol’ campy, B-movie practical effects like the purple squid monsters bent on conquering the world. It just wouldn’t be Who without them (or the Daleks). And in keeping with the Anniversary theme, a special lineup of all of the Doctors over the years (including the next Doctor) is included as well, both in picture and in a spectacular grand finale that will have Who fans cheering. 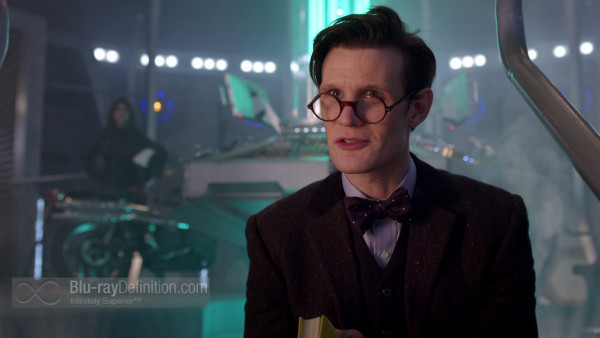 What better way to go big than to provide The Day of the Doctor in 3D. It’s a fitting format for a sci-fi series like Doctor Who. The MVC 1080p 3D image looks particularly spectacular during the battle sequences on Galifrey early one where we see the various spaceships and laserguns shooting, some things really do pop out at us more than usual for a conversion and the three-dimensionality seems to have a natural depth. In 2D, the image is no slouch either, and the production, shot on the Arri Alexa, shows the typical sort of film-like texture and layer of video noise typical of the camera. Contrast is strong and darks are inky and nuanced. The midtones are rich while primaries really pop. 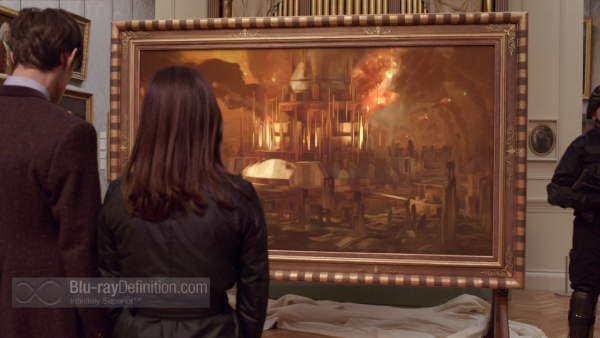 An equally impressive DTS-HD Master Audio 5.1 (48kHz/24-bit) soundtrack is included on this Blu-ray 3D/Blu-ray release from the BBC. Sounding a bit more aggressive and bottom heavy that usual for Doctor Who, we are given an encapsulating mix that surrounds us in all the subtle sound effects but also gets big and active during those scenes on Galifrey and when the alien creatures start attacking. 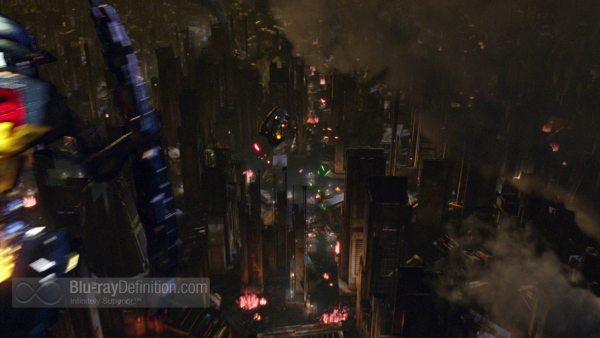 We get a little bit of swag with the limited edition commemorative trading cards included inside. In addition, BBC has included the two mini-episodes that extend the storyline a bit and two featurettes, one behind-the-scenes on the making of the historic episode, and a 45-minute documentary exploring the history of the series. 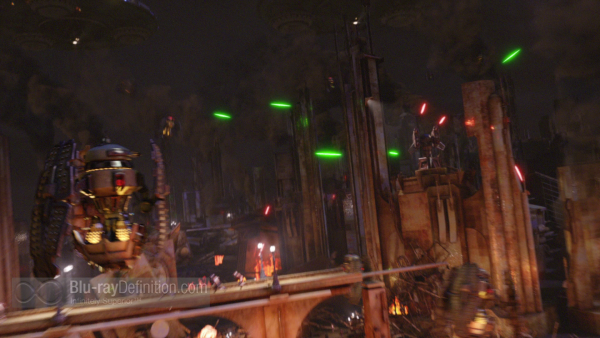 An absolutely amazing love letter to fans of Doctor Who and to the series itself, The Day of the Doctor is one for the ages, a classic bit of sci-fi that will go down as one of the best one-off episodes the series has seen, not just for the gimmicky aspects of worldwide simulcasts or 3D productions, but because it is smartly written and captures the essence of Doctor Who. 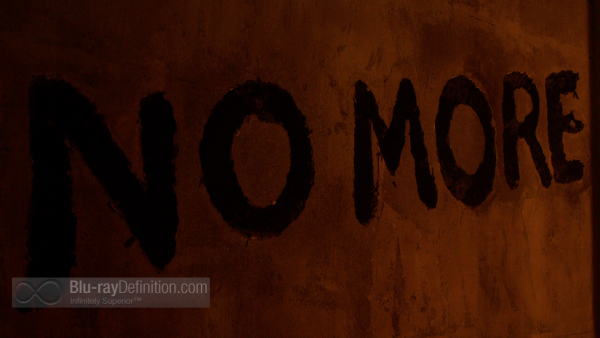 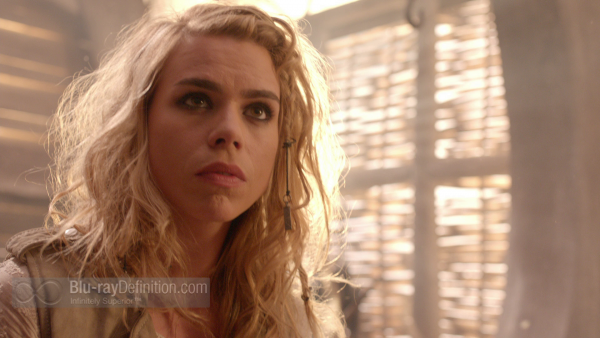 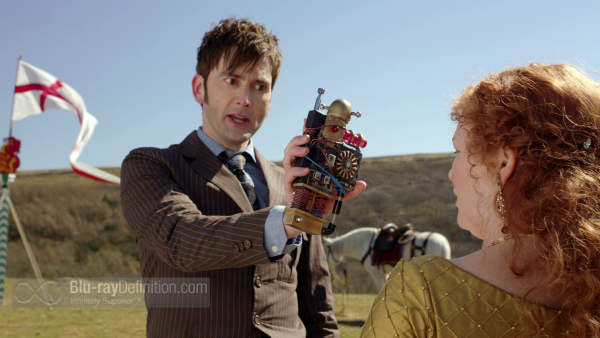 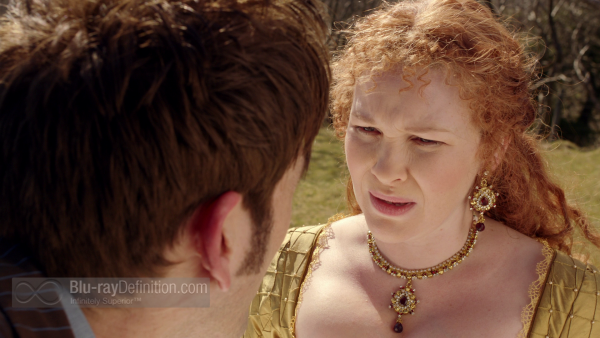 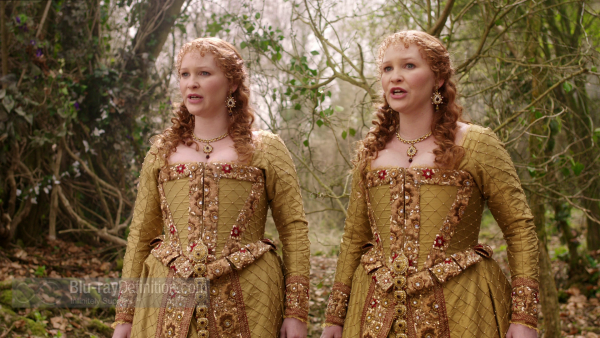 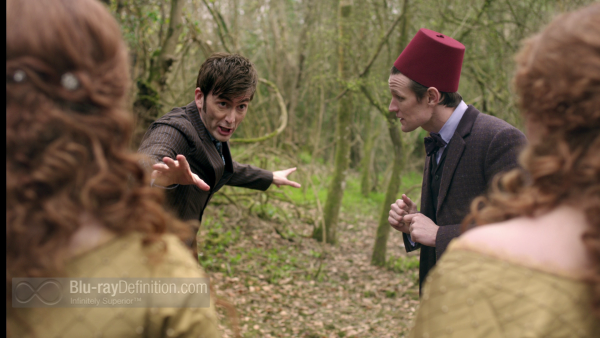 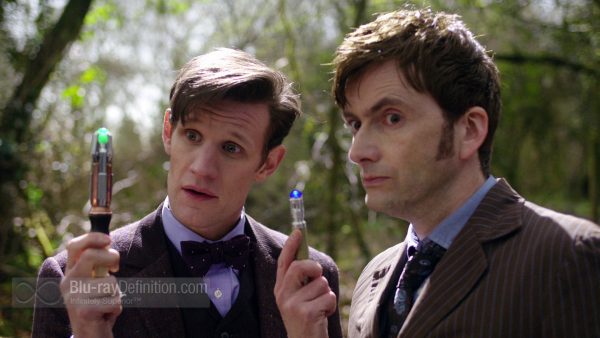 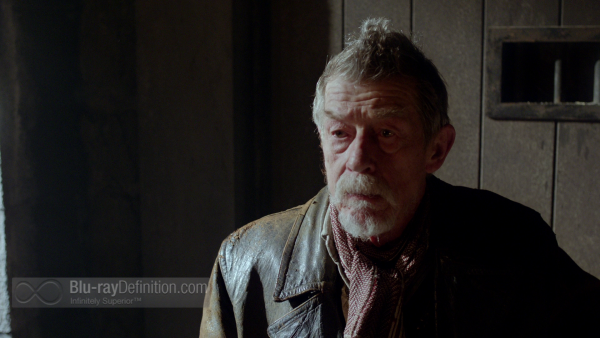 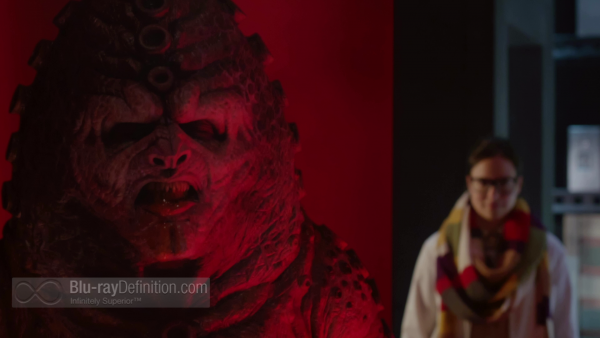 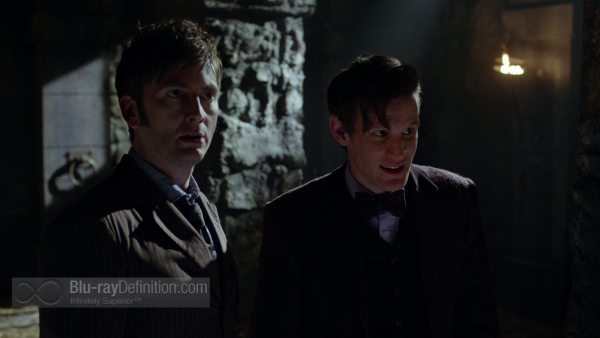 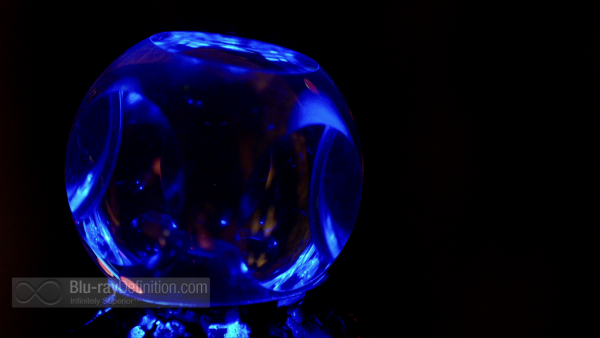 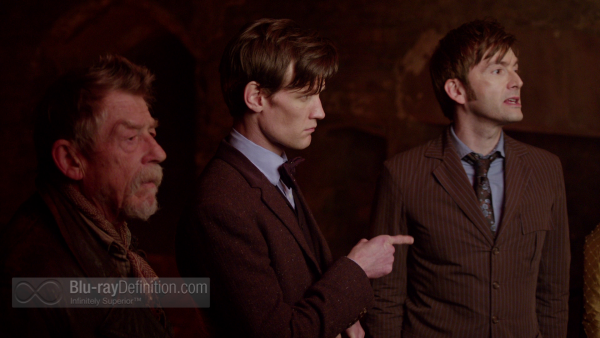 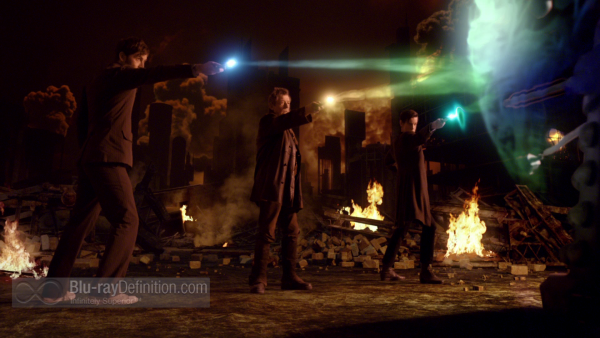 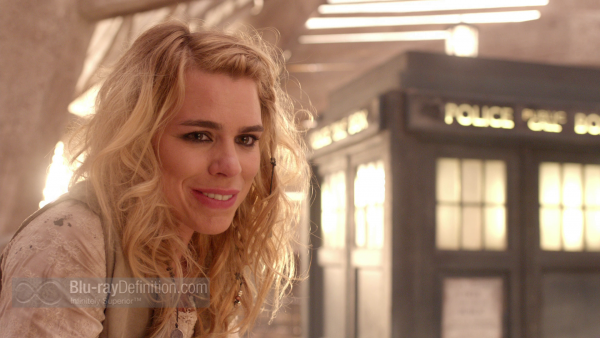 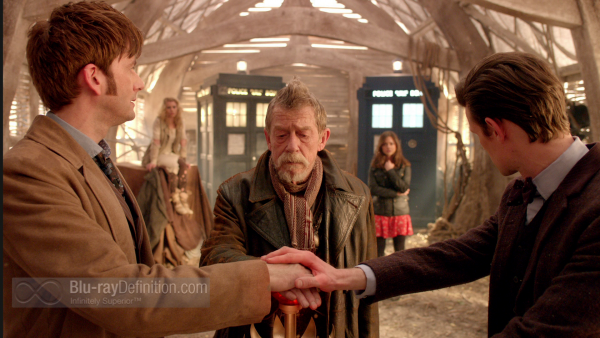