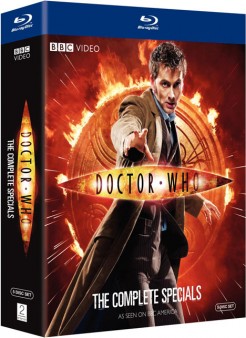 Purchase Doctor Who: The Complete Specials on Blu-ray at CD Universe

Enter for a Chance to Win a Copy of

Doctor Who: The Complete Specials from TheaterByte 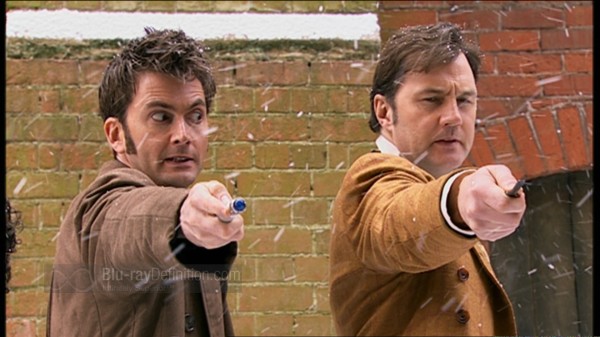 Doctor Who is one of the longest running science fiction shows in television history, and one of the things that has kept the series running for so many years, even in this new incarnation, is the ability to change the actors portraying the titular so seamlessly and without much fuss. Actor David Tennant is the tenth actor to portray The Doctor on Doctor Who, and soon there will be an eleventh when his time comes to a close.

Doctor Who: The Complete Specials encompasses the four specials that end David Tennant’s tenure as The Doctor on the series plus one holiday special from 2008.  As a stand-alone episode, “The Next Doctor” feels out of place in this collection, but is noteworthy for bringing back the popular Doctor Who villains the Cybermen in a story that involves a man who believes he is the Doctor and the Cybermen plotting an attack against humanity.

The remaining four specials, “Planet of the Dead,” “The Waters of Mars,” and “The End of Time, Part One” and “The End of Time, Part Two” all count down to the end of David Tennant’s turn as The Doctor. They take the series into darker psychological territory as the specter of death looms over the Doctor and he finds himself questioning his place in the world and his power to change history. The two-part finale, “The End of Time” sees appearances from the series’ popular stars Billie Piper, Freema Agyeman, and Catherine Tate as well as star of Torchwood John Barrowman. They offer some of the best and most intense drama the “new” Who series has yet seen. 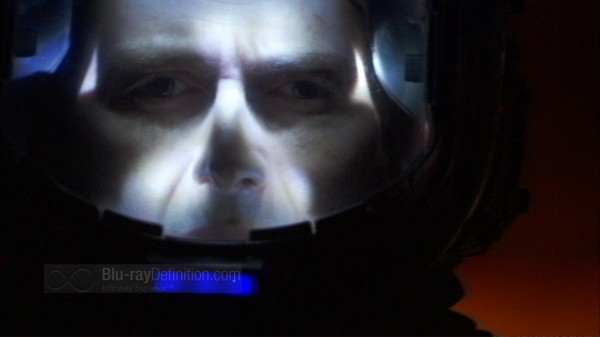 Each Doctor Who special other than “The Next Doctor” was originally recorded in high definition and they are presented in this Blu-ray collection in a 1.78:1 1080i/60 VC-1 high definition encoding.  The overall video quality of the specials varies, but they do seem to strengthen as the specials progress. “The Next Doctor,” which was shot in SD video suffers the worst of the bunch.  Although it at first looks solid, clean and detailed, a closer inspection reveals many issues with haloing and aliasing that become rather distracting.  It is clearly up-scaled from standard definition, which is not surprising given that the first episode of Doctor Who captured in HD is “Planet of the Dead.” “Planet of the Dead” has soft detail and high amounts of video noise. Things begin to pick up with “The Waters of Mars” which looks clean and sharp, with low amounts of noise and strong shadow details. By the time “The End of Time” 1 and 2 roll around, Doctor Who looks very strong. The picture does suffer from some judder, but it’s not excessive at all and I didn’t notice any combing artifacts either. 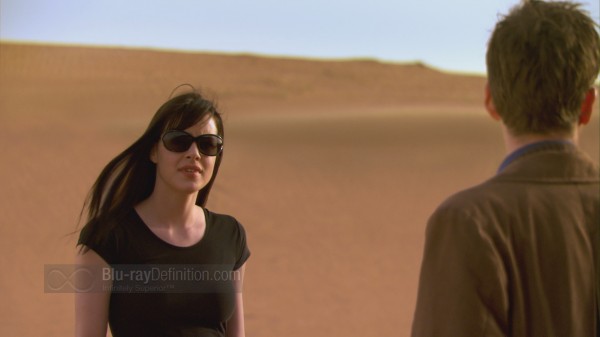 The Doctor Who Specials are all provided with English DTS-HD High Resolution 5.1 soundtracks. This rarely used lossy variant of the DTS-HD codec may not be lossless, but it still provides a high quality and high bitrate (3Mbps) option that is more than adequate for the program material. There are times when I think the high frequencies sound a little grating and tweaked with this codec, and I’ve noticed this not only on this Doctor Who collection, but also on the Torchwood and Wild China Blu-ray releases from the BBC that also utilize this codec. Admittedly this is very unscientific, and any number of things can factor into why I am hearing what I am hearing.

The mixes for the Doctor Who specials are quite engaging for television shows. Dialogue is dripping with ambience that is panned throughout the soundstage, the show’s often techno sounding score is mixed discretely through all the channels, and there are hardly any moments where sound is not coming from each speaker. Low frequency extension is quite good for the various explosions, though they do sound more distorted than resounding. “The Waters of Mars” and “The End of Time” offer the most engaging mixes overall, but each special is an encompassing and enjoyable listen. 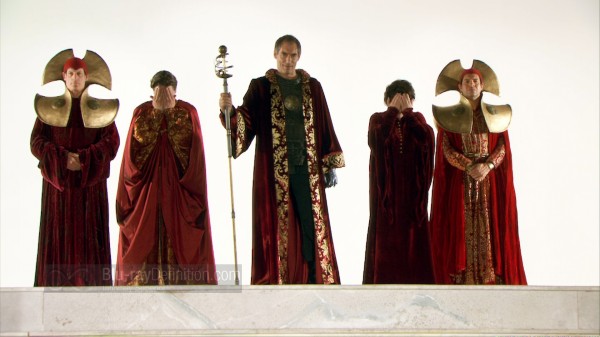 The packaging on this set proudly proclaims “over 7-hours of special features.” Well, I didn’t count it all out, but there is certainly a weighty amount of supplements offered up. Each disc provides a “Confidential” featurette dissecting that particular episode and more. Fans of the series will also want to check out the Comic-Con Q&A session.

The Doctor Who specials offer a fitting farewell from the series for actor David Tennant and should definitely be grabbed up by fans of Doctor Who.

Purchase Doctor Who: The Complete Specials on Blu-ray at CD Universe