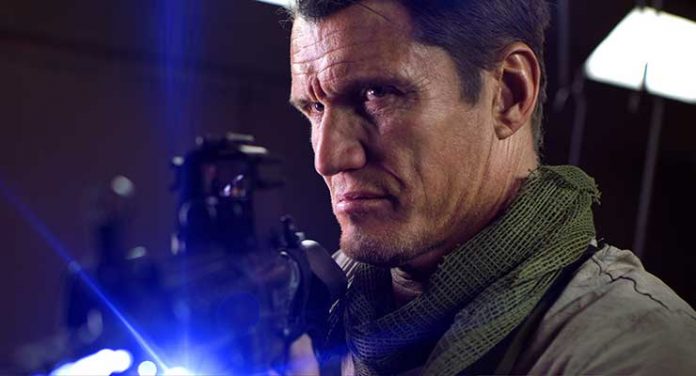 Dead Trigger is the 2017 action flick based on the videogame starring Dolph Lundren. Pretty much all you need to know about the story happens in the first twenty-minutes. A mysterious virus kills billions and causes the zombie apocalypse. A nefarious corporation develops a videogame, “Dead Trigger,” to simulate the zombie outbreak as a means to secretly recruit soldiers to fight the zombies. Mercenary Kyle Walker (Dolph Lundgren) and his team are brought in to lead a crew of these recruits into the heart of the zombie outbreak to rescue a doctor who supposedly has a cure and their commanding officer’s daughter. Mayhem and bloodshed ensue.

There is not much else to Dead Trigger. It lacks the gravitas of a zombie series like The Walking Dead or the wit of Z Nation and sticks to all of the tropes of the zombie and videogame genres. The issues are that videogame play doesn’t quite keep one’s attention in a low budget movie with no real storyline when one cannot be involved in the gameplay and the zombie tropes are so cliché that nothing is surprising. Dolph Lundgren is the only real reason to watch this movie, if you’re a big enough fan of his form of action films, but even Lundgren can’t seem to rescue a screenplay that is woefully confused and obviously messed about with too much, or carry a cast of well-meaning actors who ham it up way too much. 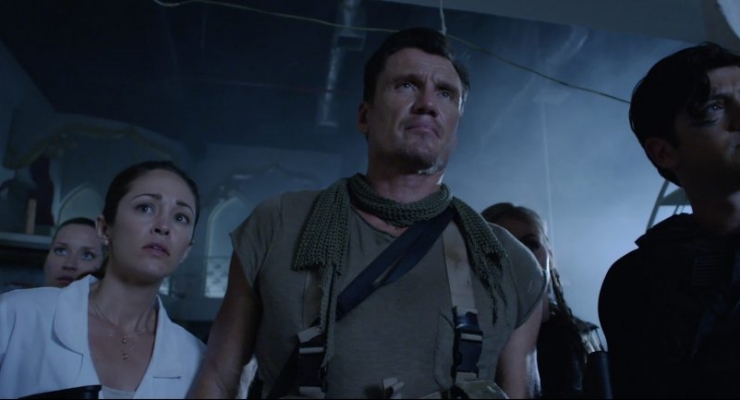 Dead Trigger is pretty straightforward, low budget film visually, so nothing really stands out in its digital production on this 2.40:1 AVC 1080p encodememt. Colors look natural and detail and contrast are solid. Some banding can be seen, but there is no digital noise and no motion artifacts.

Dead Trigger comes with an English DTS-HD Master Audio 5.1 mix as the sole audio option. For an action flick it is a rather subpar mix that does not do much with the surround channels or LFE channel. Apart from that, the dialogue is clear and stereo imaging is good, although the high frequencies on the gunshots could have been scaled back a tad.

This Blu-ray Combo release comes only with a digital code and DVD, but there are no on-disc special features beyond trailers for other Saban/Lionsgate home video releases.

There are no real surprises and no great special effects in this zombie flick that seems more like an excuse to market a videogame and put Dolph Lundren in something. The Blu-ray from Lionsgate is barebones, looks and sounds good, but not great, a step above streaming, but maybe not exactly worth purchasing.

Dead Trigger is out on Blu-ray Combo & DVD July 2, 2019 from Lionsgate