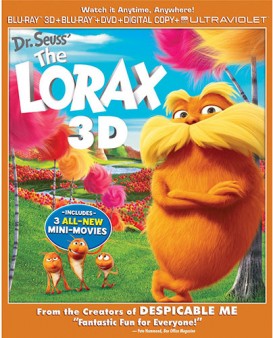 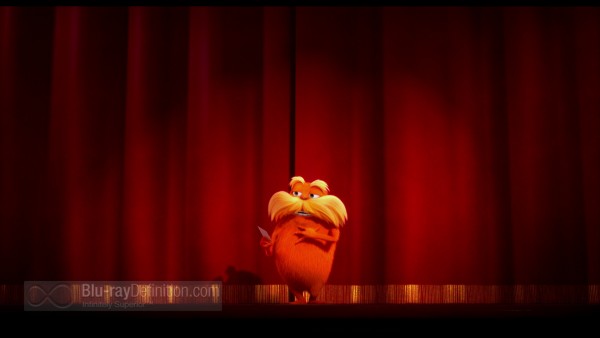 Dr. Seuss’ environmentally-themed story, The Lorax, hit the big screen in a beautifully CG-animated feature film from directors Chris Renaud and Kyle Balda. This visually pleasing film with its candy colors and pastoral landscapes sticks rather close to Dr. Seuss’ original themes, but as with all of the original Seuss stories, the original source is too slight to fill a feature length film. Renaud and Balda, then, have tried to fill out the story with some further extrapolations and plot devices that extend The Lorax to a somewhat meaty 87-minutes without losing sight of the original intent.

The story follows Ted (Zac Effron), a 12-year-old who lives in Thneedville, a completely artificial city devoid of nature. Inspired by Audrey (Taylor Swift), a pretty girl whom Ted has a crush on, Ted sets out to find a real tree so he can present one to her for her birthday. Taking his grandmother’s (Betty White) advice, Ted sets out beyond the walls of the city to go visit the reclusive Once-ler (Ed Helms). The Once-ler tells Ted the story of how the trees all disappeared due to his own avarice and disregard of the warnings from a strange, magical creature known as The Lorax (Danny DeVito) who spoke for the Truffula trees and in defense of nature. Eventually Ted learns what he must do to get the trees back – he is given the last remaining Truffula seed by the Once-ler, which he must plant and care for. The problem Ted faces, however, is the opposition of Mr. O’Hare (Rob Riggle), the corporate bigwig who controls Thneedville and makes his fortune off of selling bottles of fresh air. For Mr. O’Hare, the idea of real trees is a threat to his business and he will stop at nothing to keep Ted from planting that seed.

The Lorax is good family fun with a basically good message for kids, although the film did cause some controversy amongst certain crowds who criticized it for attempting to indoctrinate children with an anti-corporate, environmentalist agenda. The environmental theme is pretty dead-on as far as Dr. Seuss’ original story goes, but where the film loses its way is some of the extraneous material that is used as filler to stretch the film out to feature length. That is the the action sequences, like the Once-ler’s bed floating down the rapids or Ted, Audrey, and Grammy in a car/motorcycle chase scene. Let’s not forget some of the musical interludes that don’t add much to the story, no matter how cute harmonizing fish may seem.

On the whole, however, Danny DeVito seems to do a wonderful job as a sort of cantankerous yet still lovable Lorax while Zac Efron is surprisingly likable in the role of Ted, imparting just the right amount of naiveté and optimism. Betty White is her usual self, which is to say she almost steals every scene she’s in. 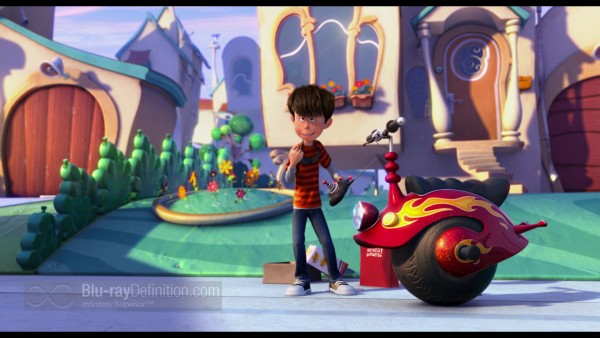 There are no surprises here in the transfer for this beautifully animated CG film. The 1080p AVC encodement is pristine and marvelously detailed down to the tiniest strand of hair or fur or whatever that’s supposed to be on the Lorax. Colors just leap from the screen like a big box of crayons exploded in your face and shadows are beautifully nuanced. The 3D effect is one of the best I’ve seen for an animated feature to date. One scene in particular, where the bears catch the falling marshmallows shows lots of depth and pop-out. It doesn’t stop there, however, and the strong sense of dimensionality and pop-out continues straight through. Best of all is that the candy-colored world the animators have created doesn’t suffer too much from the 3D effect and neither does the detail. 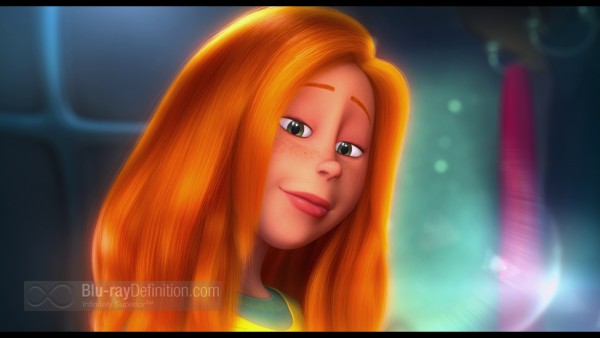 Audio is superlative, coming in a DTS-HD Master Audio 5.1 (48kHz/24-bit) lossless mix that has enough breathing room to show a wide dynamic range without ever becoming too fatiguing or obtrusively loud. Lows are deep and resounding while the pans across the fronts and rear are distinct and clear, with numerous sound effects being placed around the room, from vocals during the musical bits to the sound of Ted’s motorcycle. 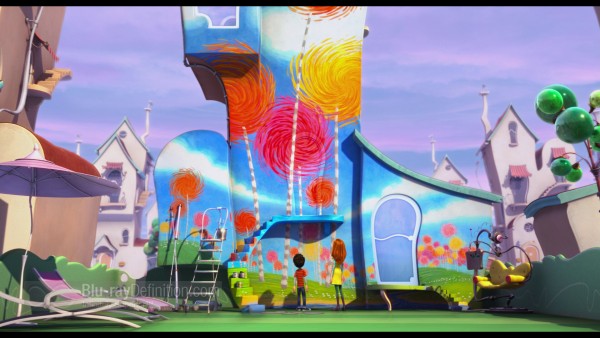 This collection is loaded with kid-friendly extras, including a few games, a sing along, and segments on how to draw characters from The Lorax. 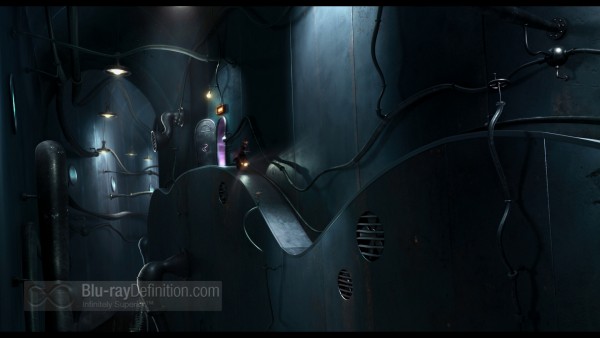 The Lorax isn’t perfect and it’s a film that some parents may not enjoy as much as the best of the best from Pixar, but as family-oriented animated films go, it is pleasant, joyous, and beautiful to behold. It captures the spirit of Dr. Seuss’ story, even if it does have a few flaws. 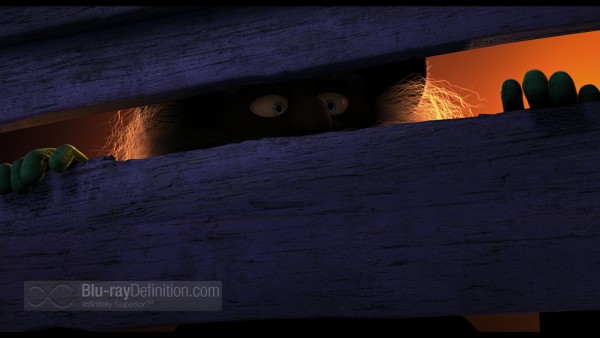 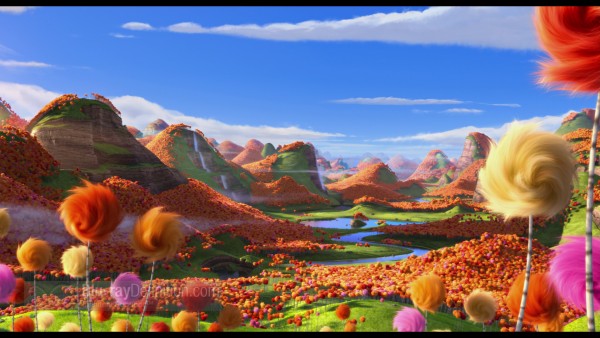 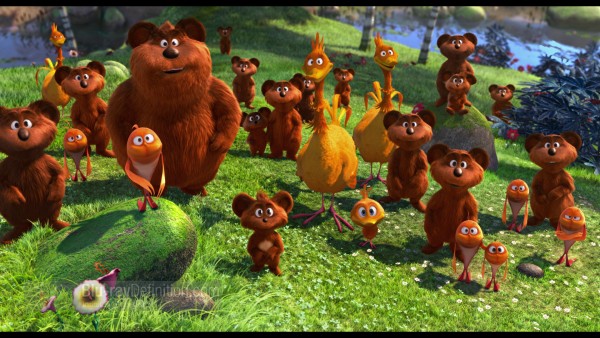 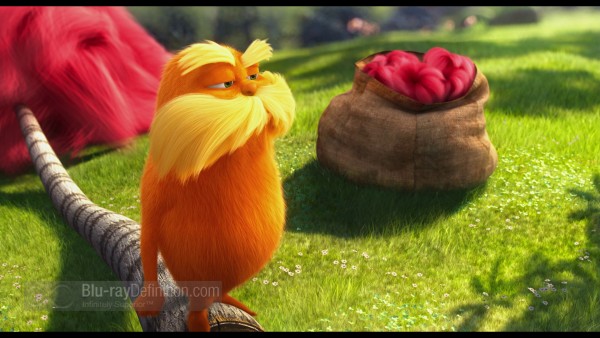 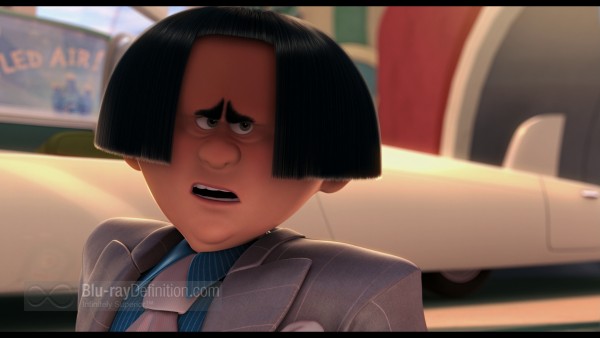 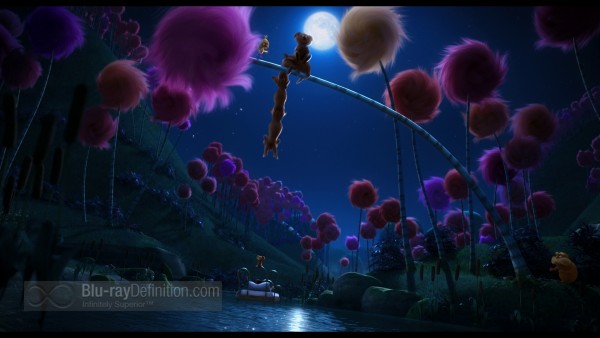 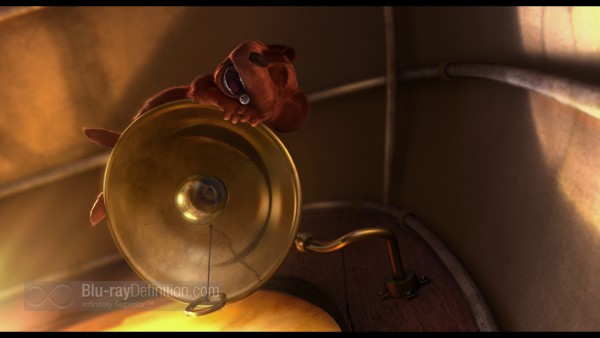 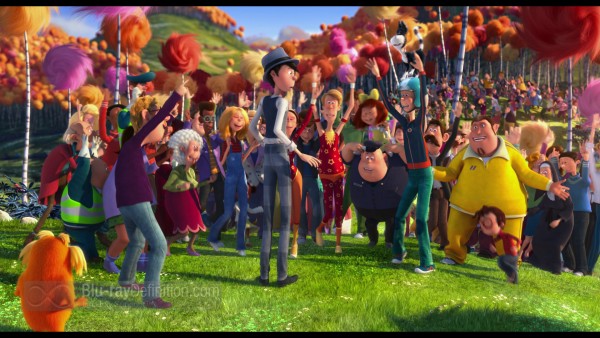 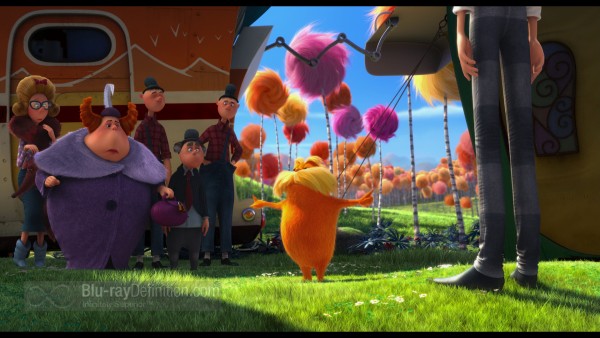 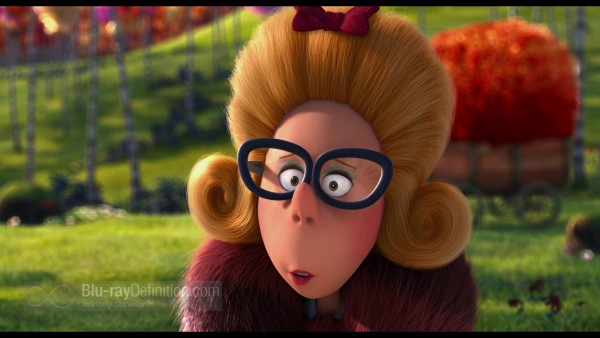 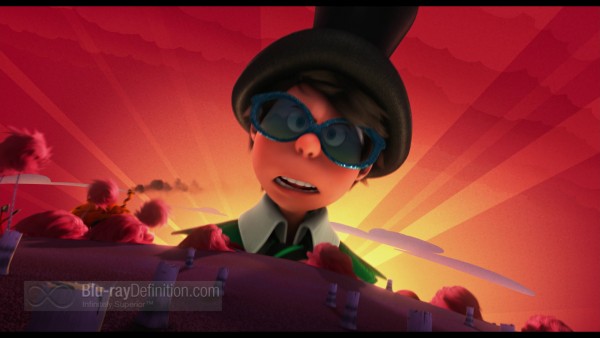 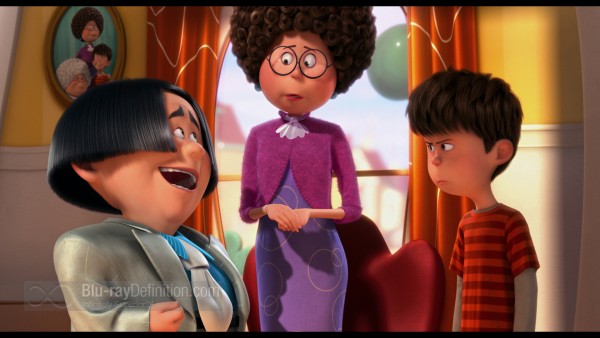 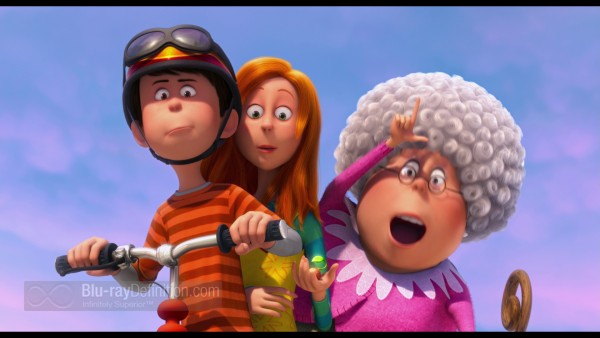