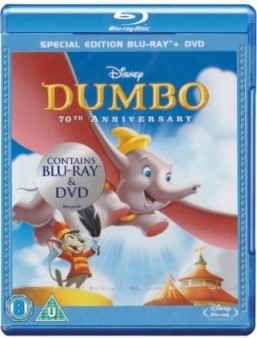 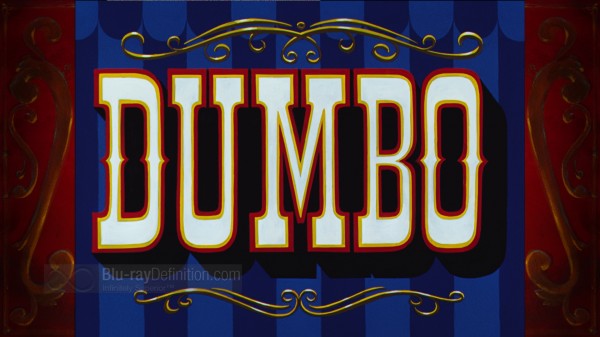 Dumbo is simultaneously one of the oddest and most endearing films in Disney’s collection of animated classics. The fourth of their animated feature length films, it runs a mere 64-minutes long, which would hardly qualify as a feature by today’s standards. Produced by Disney and released by RKO in 1941, the film was an exercise in economy in more ways than one.

The studio had been struggling financially after the weak performances of both Pinocchio and Fantasia at the box office. Additionally, due to the war in Europe, they were cutoff from the overseas market. So, what Disney needed was an inexpensive box office success, and Dumbo was to be it. It would be a relatively short film with a concise story and low production costs that would appeal to a wide audience.

That wasn’t to say that Dumbo wouldn’t still break ground in animation, however. On the contrary, Dumbo, like everything Disney was doing at that point would be groundbreaking in its own right. In fact, its precision in storytelling was groundbreaking for an animated feature. One could look at Dumbo and see how it almost hearkened back to the not-too-distant past of silent filmmaking in its very limited dialogue, simple story, and brief length.

The character designs and animated sequences in Dumbo would also continue Disney’s trend of pushing the format forward, particularly during the famous “Pink Elephants on Parade” sequence, that saw the Disney animators lay down some of the most trippy, abstract, modernist work they would ever commit to film.

Dumbo was taken from a children’s novelty book by the husband and wife writers Helen Aberson and Harold Pearl; it is the only book they would write. The story tells of a baby elephant named Jumbo, Jr. in a traveling circus whose ears are so big that he is clumsy and ridiculed by all the other elephants, who nickname him “Dumbo.” The innocent little Dumbo, with no friend other than a mouse, is made to suffer the indignities of being a circus clown, called names by kids at the circus, and even separated from his mother when she is confined after getting angry at the crowd of kids berating poor little Dumbo. Dumbo’s friend, the mouse, must find a way to raise his spirits and help Dumbo learn to like himself.

The film is pure emotion; a sweet tale of keeping up one’s spirits even in the worst of times. There really is not an ounce of cynicism in Dumbo’s brief 64-minutes. It is completely out of time, from another era, even more so than some of Disney’s other films. It even feels sort of out of place next to the likes of something like Pinocchio due to the former’s  über-sweetness, if you’ll pardon the conjunction. It is, however, thoroughly enjoyable saccharine that no one, and certainly no family, should miss. 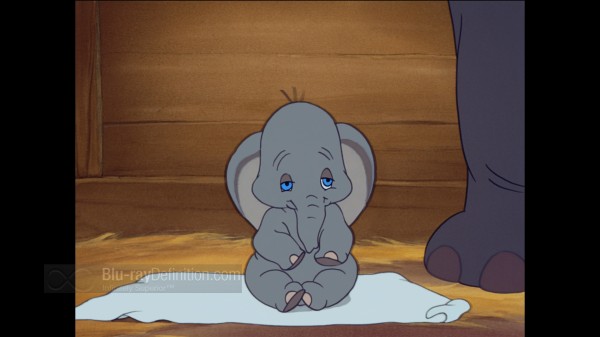 70 years on, Dumbo looks beautiful as Disney continues their trend of breathtaking restorations of their animated classics. The 1.37:1 1080p encoding is sharp and clean with detailed line art and stable, vibrant color reproduction. I don’t know that it actually “pops” as much as it would have in the original days when Technicolor really meant that the color leapt out at you, but it is still quite saturated. No compression artifacts are apparent and the image is thoroughly enjoyable to watch. 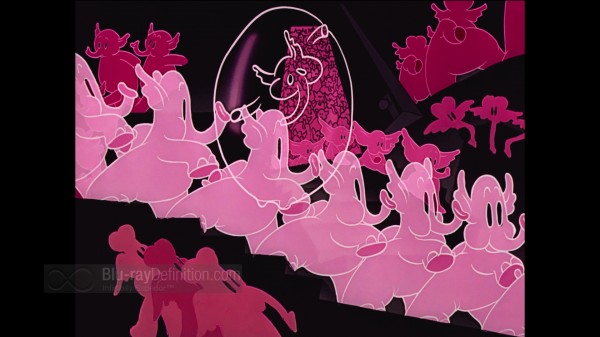 Dumbo’s soundtrack has been fully restored and given a brand new lossless DTS-HD Master Audio 7.1 mix that is spacious and dynamic. Mid low frequencies are given a solid footing with the aid of the subwoofer as can be heard during sequences like “Pink Elephants on Parade,” which will also yield some of the more discrete use of the surround channels. 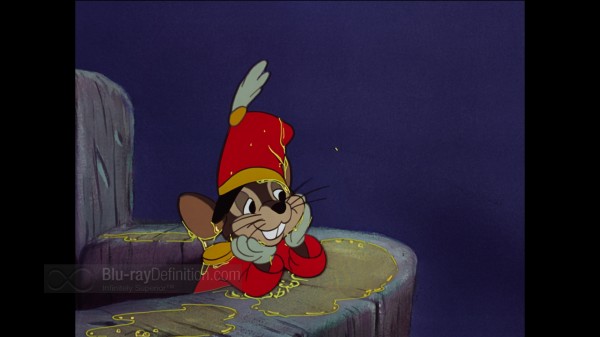 The 70th Anniversary Edition has been loaded with Disney’s usual heavy dose of bonus materials, including a lot of footage of the classic animators that helped make the studio what it is today. Disney fans will appreciate it and families with little ones will enjoy the two games Disney have provided as well. 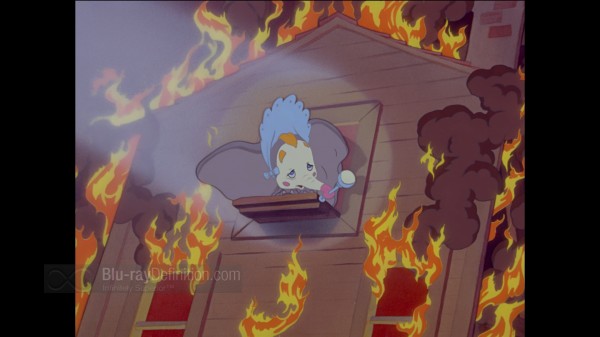 Disney brings the little elephant that saved the studio back in a ravishing Blu-ray transfer that is not to be missed. This animated classic from Walt Disney tugs on the heartstrings and demands you loosen the purse strings to add this one to your collection. 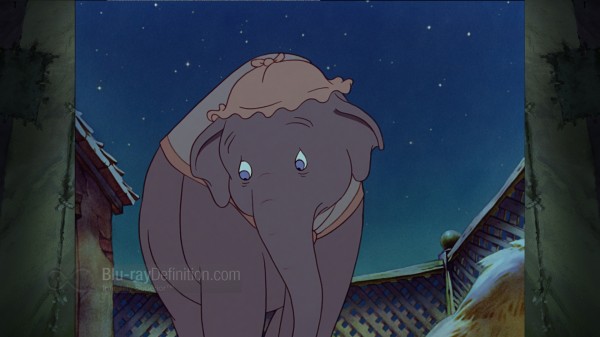 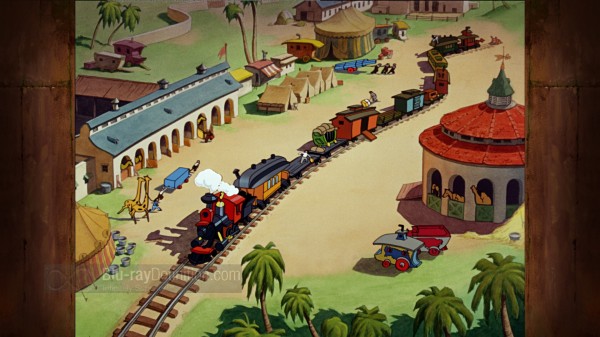 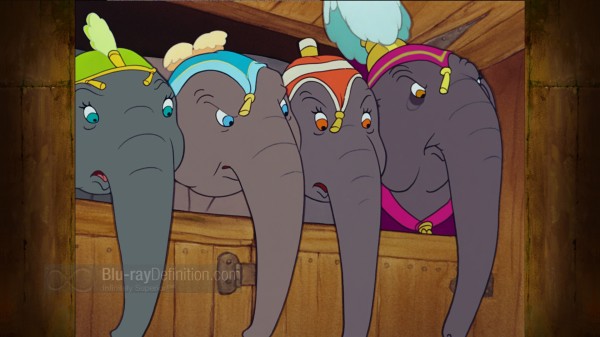 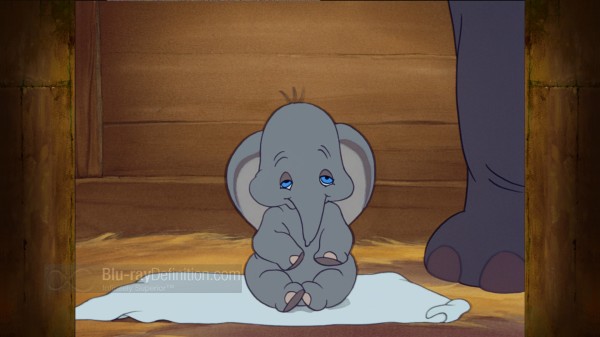 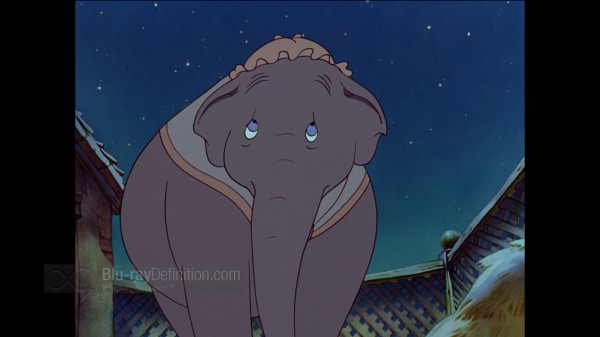 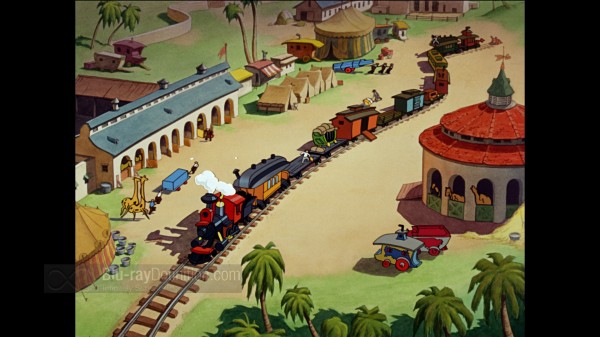 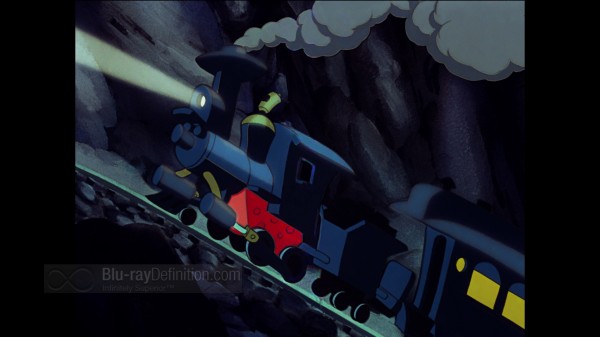 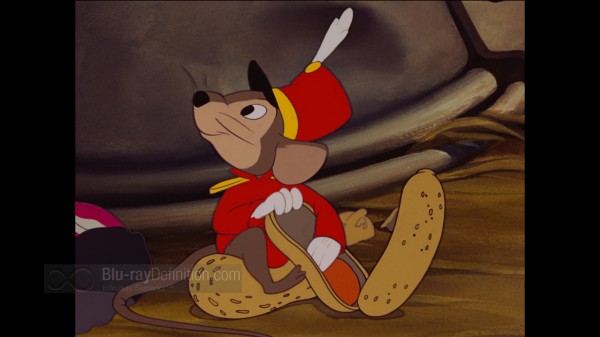 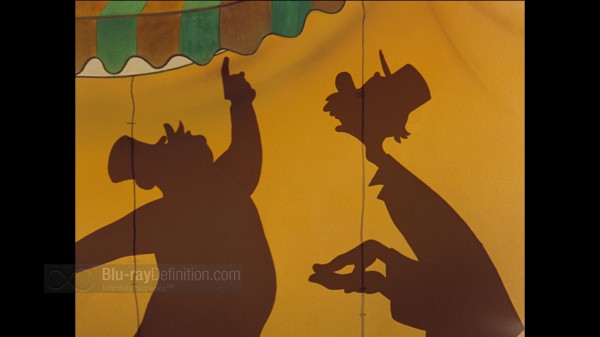 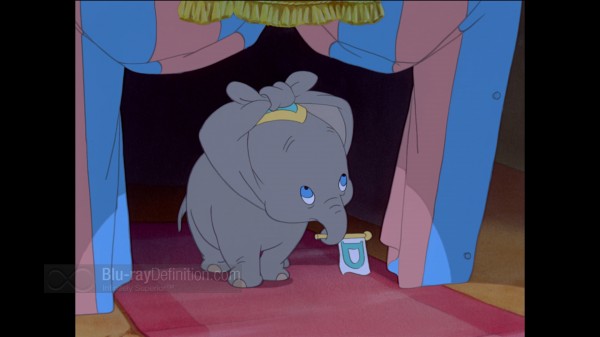 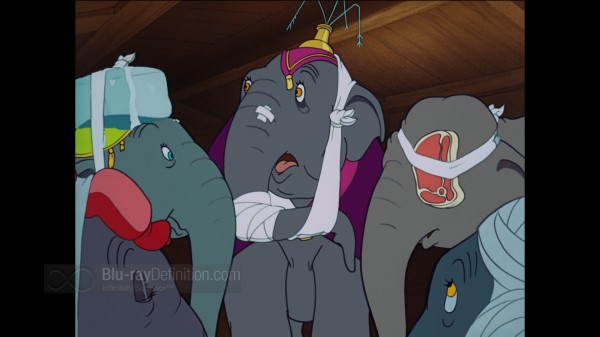 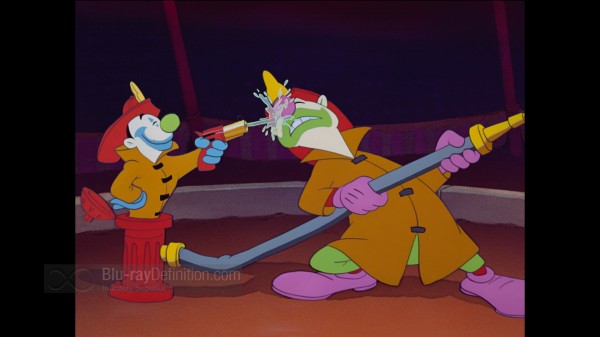 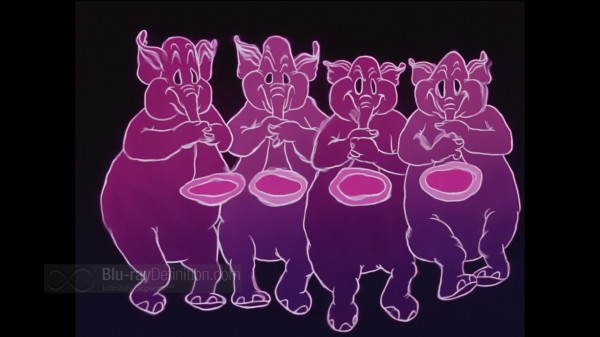 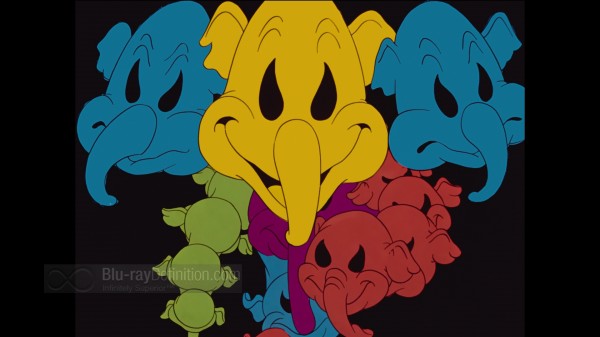 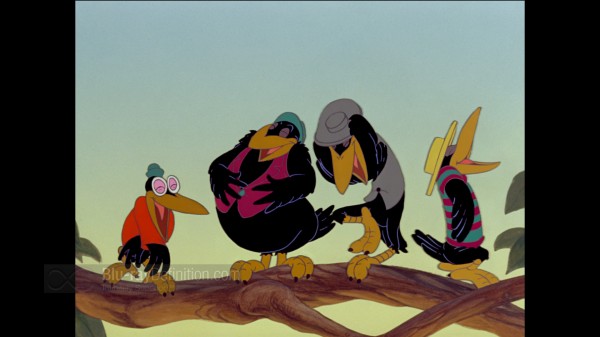 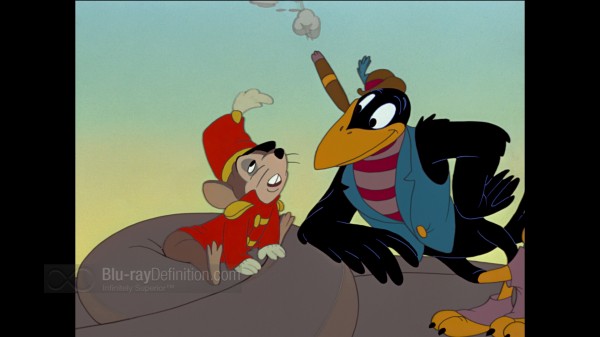