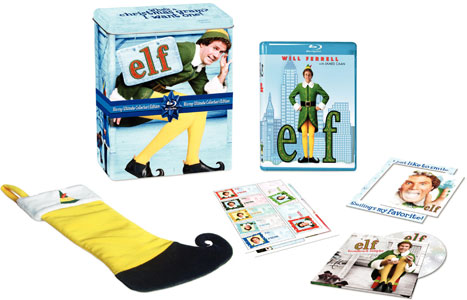 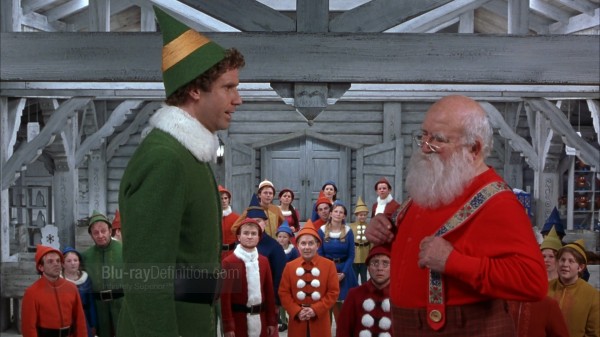 Call me “scrooge,” but when it comes to the vast majority of Christmas films that Hollywood churns out every year for the holiday season, I just can’t seem to stomach them. I find most of them to be vapid, trite, and in a word, silly. There has only been one so-called Christmas movie in recent memory that I actually enjoyed thoroughly, and that is French director Arnaud Desplechin’s Un conte de Noël, which set aside the holiday clichés and seeming prerequisite of levity for such films in place of a weighty family drama and character study that simply used the holiday season as a backdrop.

With that being said, director Jon Favreau’s (Iron Man 2; Swingers) Elf starring Will Ferrell as Buddy, a human raised by elves in the North Pole who returns to the world of humans to find the human father (James Caan) he never knew is a typically lighthearted, comedy-driven holiday film. Buddy returns to find that his father, whom Santa (Ed Asner) has on the naughty list, is a workaholic who has no time for his family and that Christmas spirit, which helps power Santa’s sleigh, is at an all time low. Buddy, who retains a childlike wonder, must try to connect with his dad while inspire the world to have more Christmas spirit.

Part live action with some stop-motion animation mixed in, the film has a candy-colored palette that screams “Christmastime.” Will Ferrell is his typical goofy self, but Elf doesn’t quite satisfy, because its story lacks a bit of cohesion. Otherwise, Elf is light enough as family entertainment for the holidays. 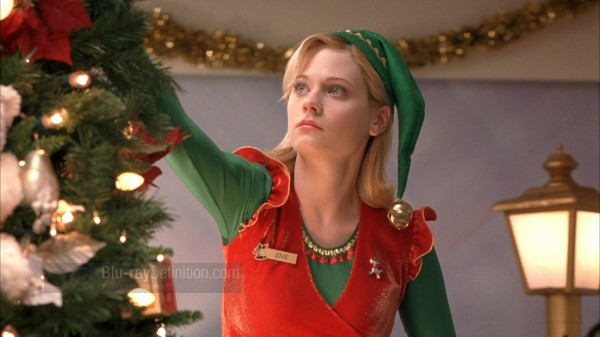 Elf comes with a 1080p/24 VC-1 encoding framed at 1.78:1. The image is that of a typical comedy, meaning it is not likely to wow anyone with spectacular special effects or intricate lighting and so forth. The picture can and does look sharp and vivid, but it’s uneven and often lapses into softness with a large jump in graininess that borders on video noise. Flesh tones look good as do white levels. 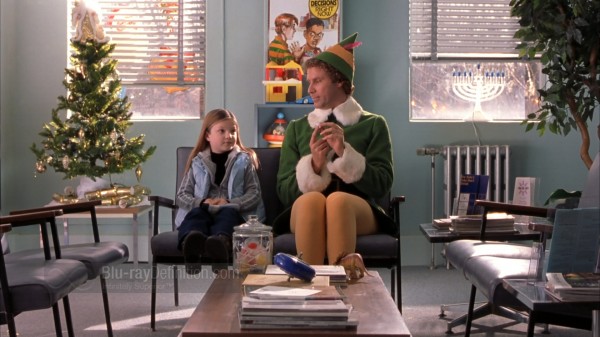 The Dolby TrueHD 5.1 soundtrack for Elf is a bit front-heavy and there are one or two moments where there is some audible clipping in the dialogue, but it does provide a nice wide spread across the front soundstage and a large amount of atmospherics in the surround channels to tie it all together nicely. 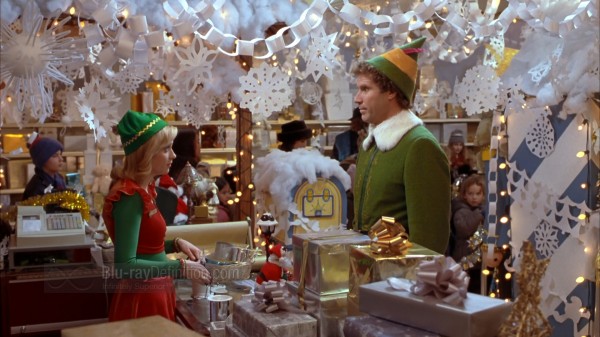 An abundance of on-disc extras, including two audio commentaries, a fact track, and an in-movie Focus Points viewing mode that branches off to a bundle of behind-the-scenes footage, interview segments and featurettes would have been enough to make this release a pretty good value, but the Ultimate Collector’s Edition’s bundle of festive goodies packaged in a keepsake holiday tin make it great for the holiday season. 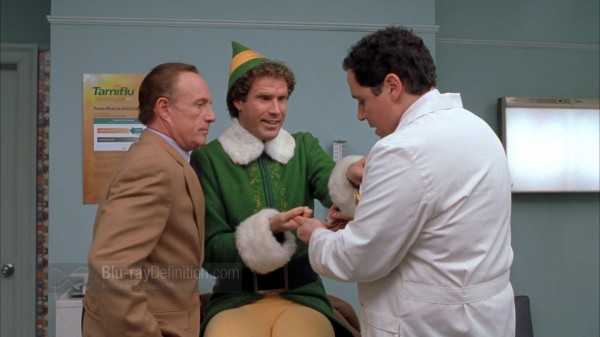 There’s nothing particularly unique about Elf as a film. It’s a middling holiday film at best, but not as bad as I thought it would be and it is pleasant enough. It will certainly work for those looking to turn off their brains over the holiday season and put on some easygoing family friendly entertainment and this Ultimate Collector’s Edition with its bundle of goodies makes for a fine holiday gift. 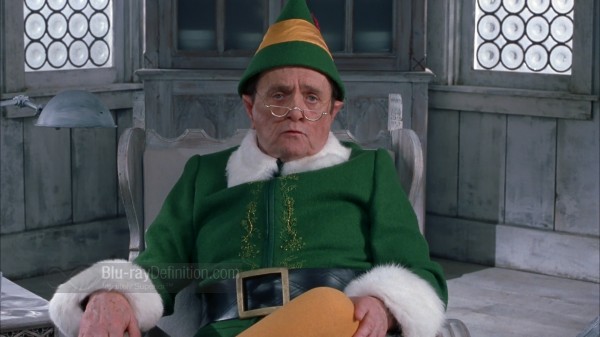 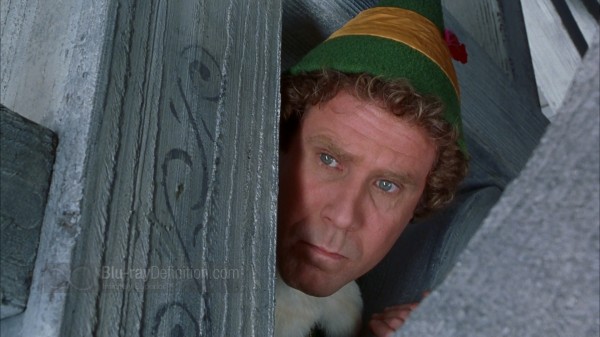 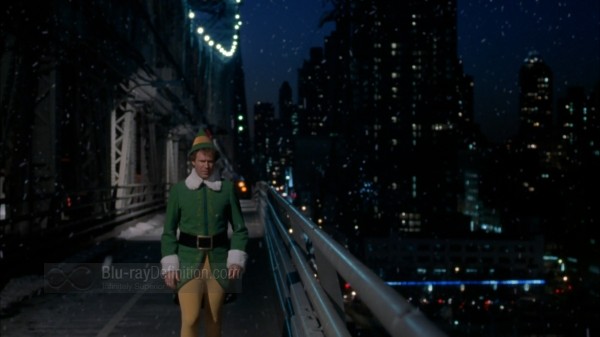 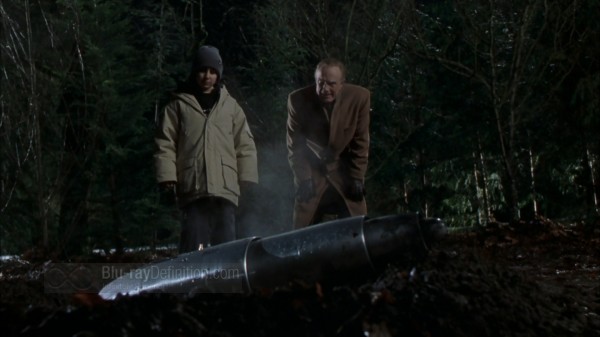 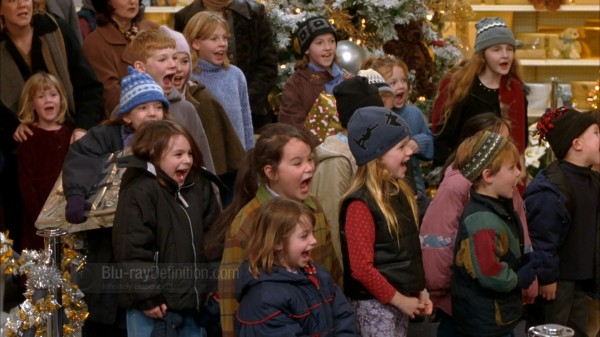