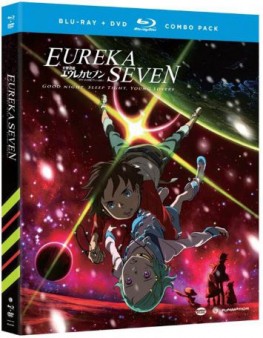 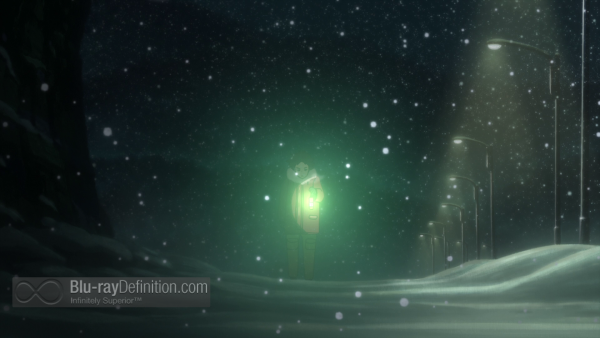 Eureka Seven: Good Night, Sleep Tight, Young Lovers (交響詩篇エウレカセブン ポケットが虹でいっぱい) is a a feature-film length reworking of the Eureka Seven TV series. Those familiar with the series will immediately recognize that the movie is set in an alternate universe and changes the mythos. Those unfamiliar with Eureka Seven, well, they may be a little lost with this twisting sci-fi tale.

Meant as an epic story of young love, the movie takes our two young heroes from the Eureka Seven series, the 14-year-old boy Renton Thurston and the blue-haired girl Eureka, and places them in the midst of a great battle for many lives and perhaps the destiny of the planet.

Renton and Eureka start out as childhood friends in this film, unlike the series, and as the movie begins, we see them as young preteens with an also young Nirvash (the humanoid-shaped robotic mecha) in a larval state. Some time later, Eureka is abducted by the military and dragged away and Renton watches on, paralyzed from fear, unable to save her. Flash forward, now 14-years old, Renton is flying the fully grown Nirvash as part of GEKKO, only they’re in the military (another departure from the series) in the middle of a battle when Nirvash starts acting on its on and busts into a secret military installment. Who does it find but the now also grown Eureka?

She’s the military’s top secret weapon, a weapon that, apparently the members of GEKKO have wanted all along, because they are slowly dying. They are the byproduct of a failed experiment performed by Renton’s late father. Renton and Eureka, legend has it, are the key to leading them to a mythical paradise. But everyone is running out of time, because the planet is about to be wiped out by a super-weapon, and it seems Eureka may be the key to powering that up as well.

As a film, there are far too many twists and subplots in Good Night, Sleep Tight, Young Lovers to keep track of, especially if one is not already familiar with the previous world of Eureka Seven. Even with the alternate universe idea, some knowledge is required. I don’t know how well the changes to the story work, either. It seems roles were reversed just for the hell of it, some people turned downright mean spirited who were previously likable. These things will go unnoticed by anyone going in cold, but those people will also be quickly lost.

What the film does have going for it is that the chemistry between Eureka and Renton is still strong and charming and holds the film together. The animation, even is some has been repurposed, is also fantastic, as it was in the series. 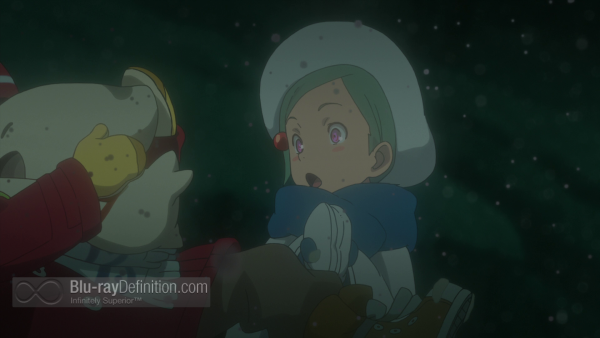 Coming to Blu-ray in an AVC/MPEG-4 1080p transfer versus the Eureka Seven series’ 1080i transfer, Good Night, Sleep Tight, Young Lovers looks soft overall and some slight stairstepping can be spotted around the edges of some of the artwork. Despite these complaints, its still a pleasing image when you catch it in motion. 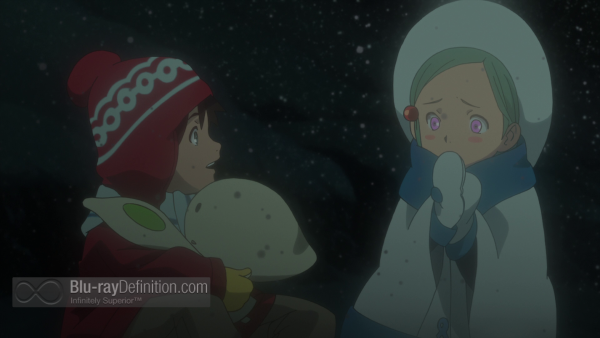 We get both the original Japanese and English dub in Dolby TrueHD 5.1. The mix is an absolute aural assault with thunderous low frequencies underpinning the rumble of the mecha and various and sundry explosions. It seems like everything is panned through the room at one point or the other, and while it all sounds natural, not tweaked in the highs or distorted, just a little bit of restraint might have been welcome. One criticism is that the dialogue seems just a little too low, given the loudness of all the sound effects. 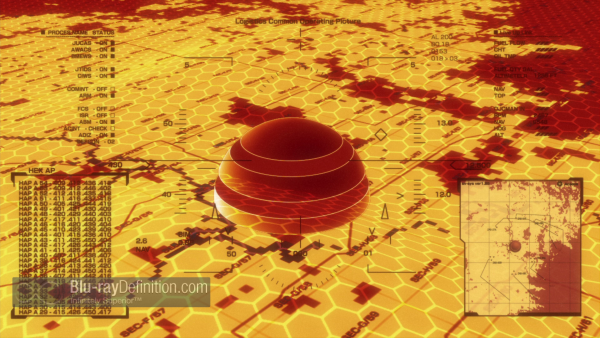 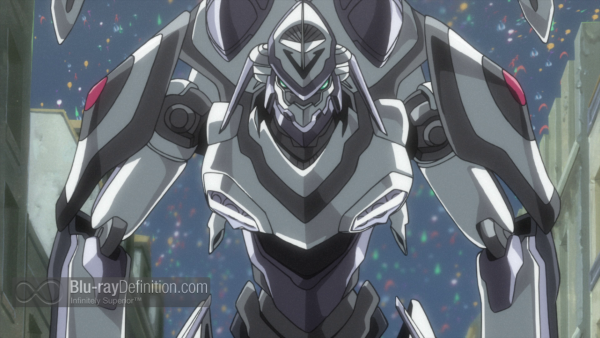 This is one solely for the fans. It gives them a chance to get more of the characters they love, albeit with an entirely different backstory. The action and love story will still be enough to keep you entertained. 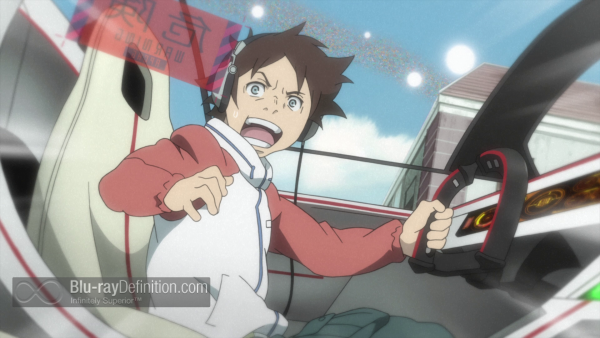 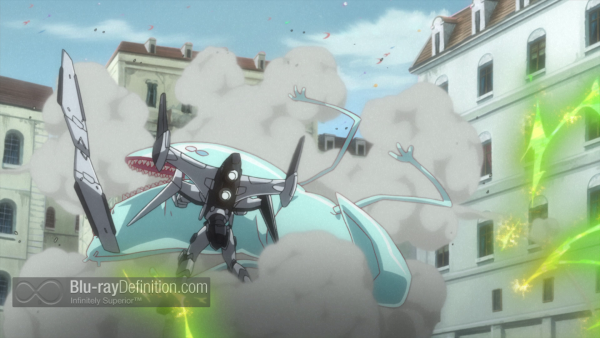 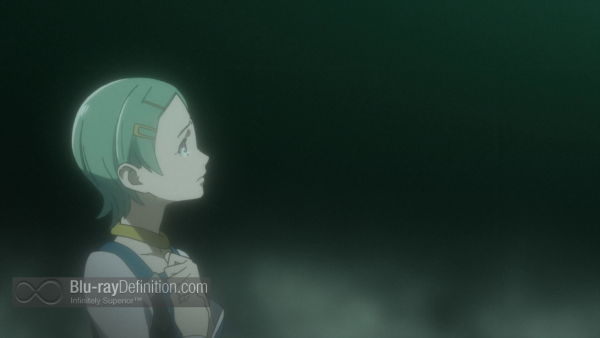 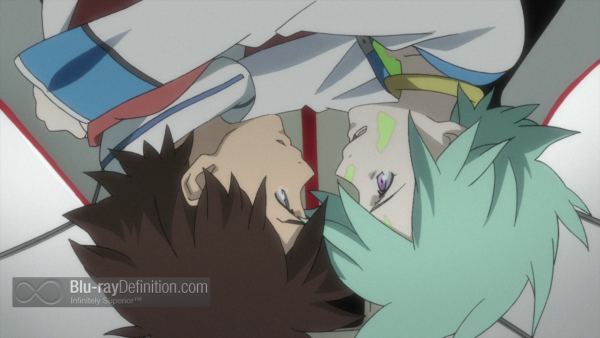 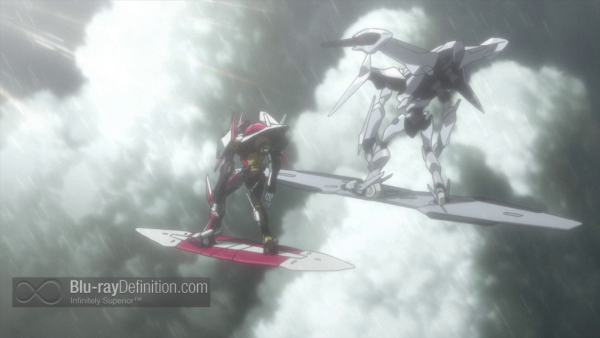 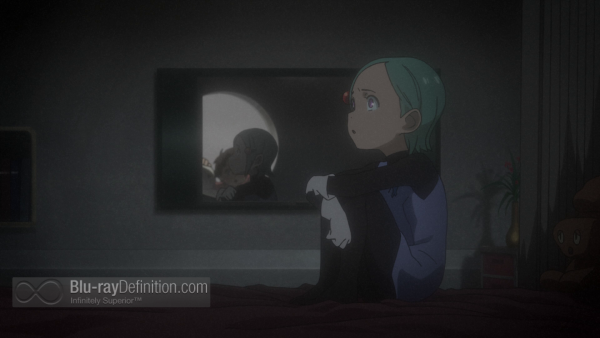 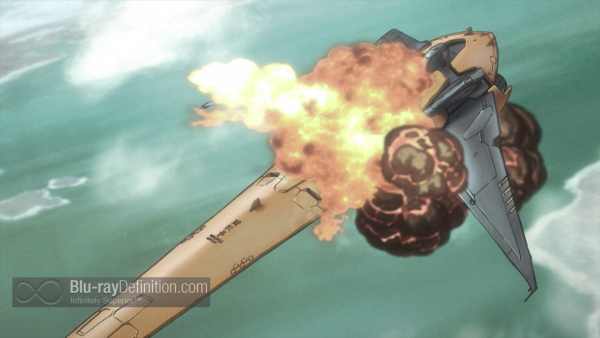 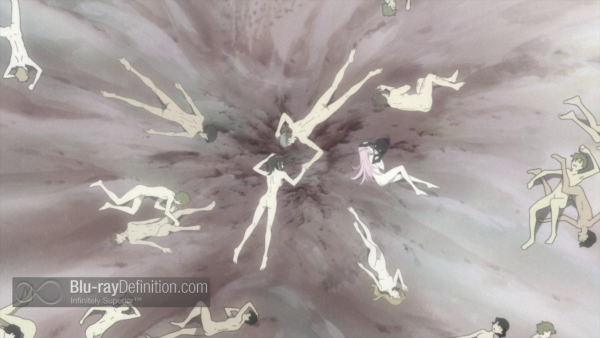 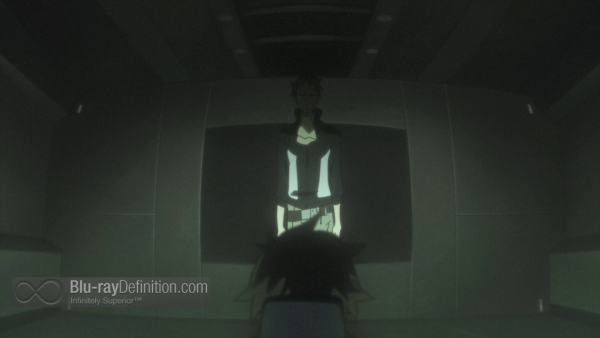 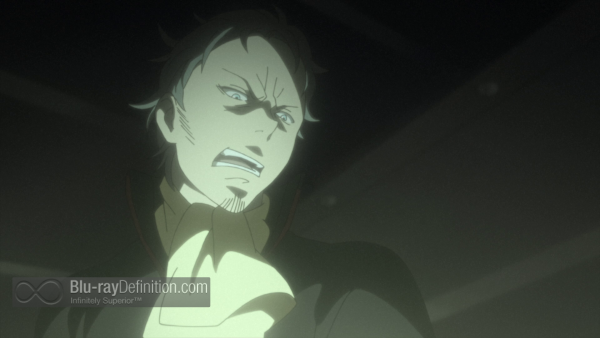 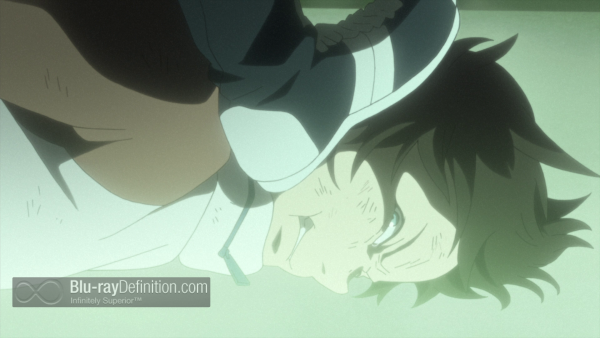 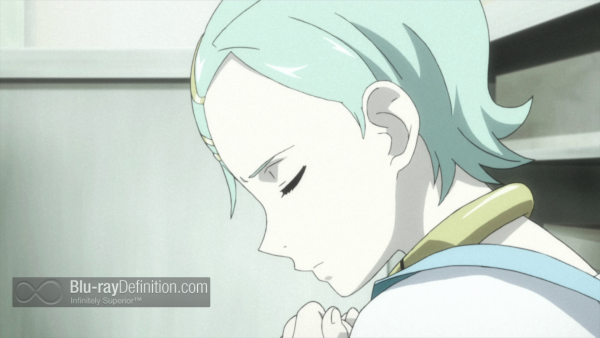 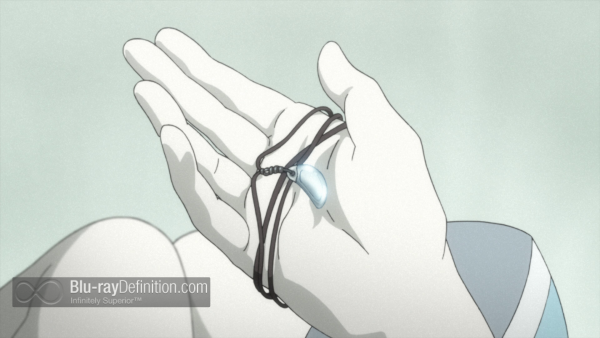 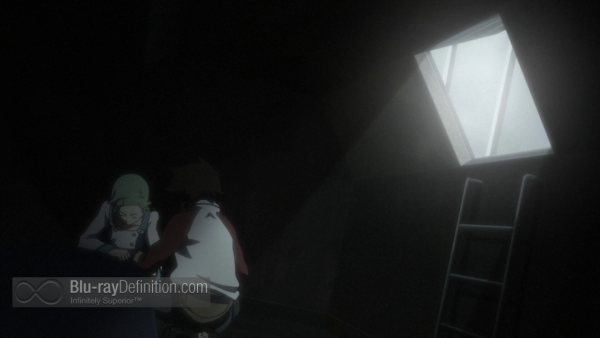 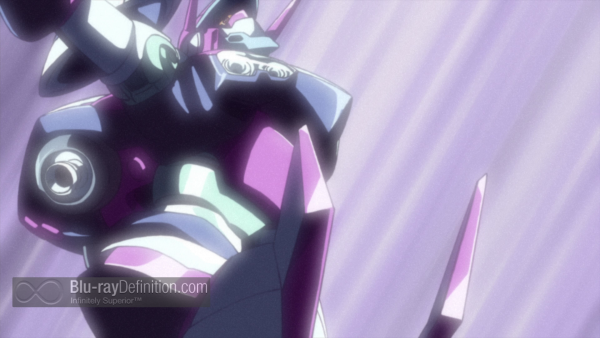 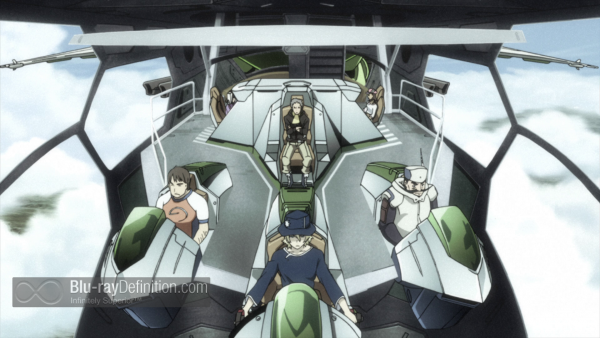 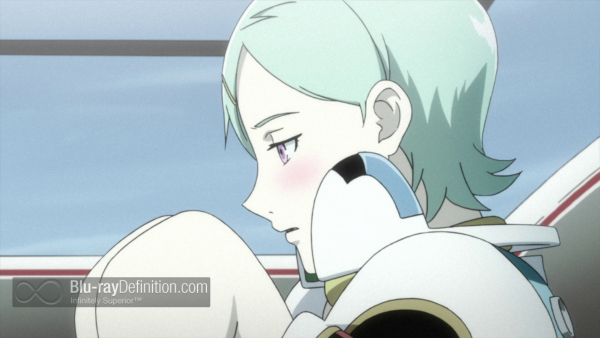 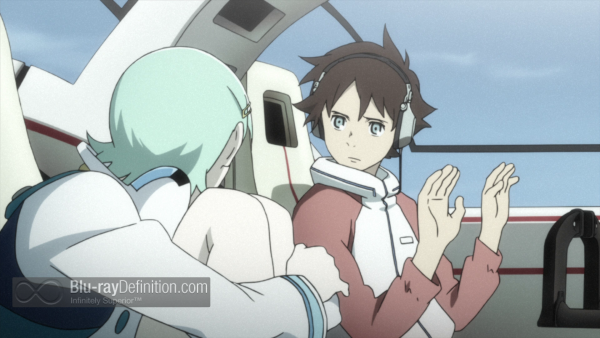 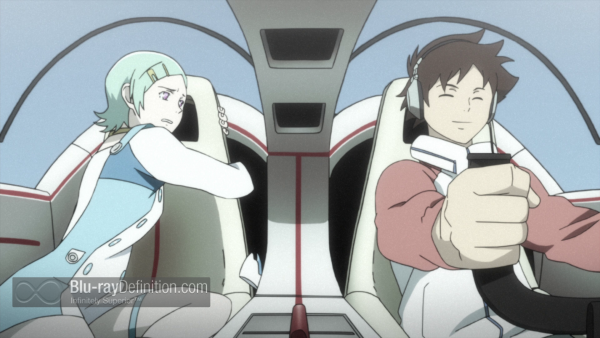 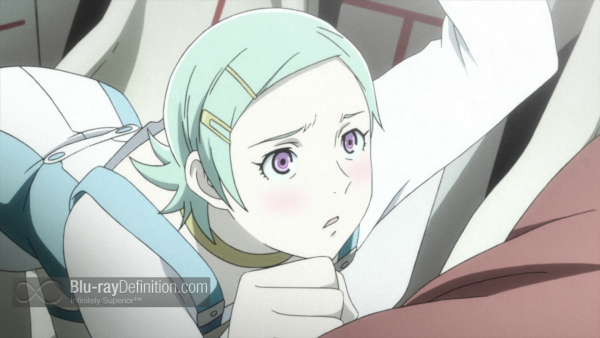