Evangelion 1.11: You Are [Not] Alone Blu-ray Review 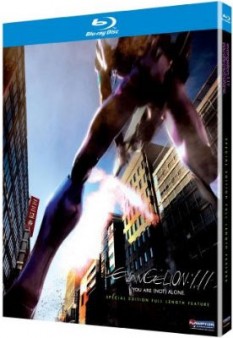 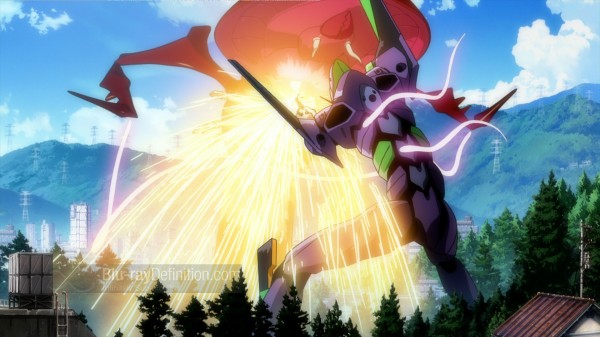 Neon Genesis Evangelion must be one of the most successful anime and manga franchises in recent history, grossing over $16 billion since 1995. There have been various works created in the franchise, owned by Gainax, including television series, manga, various film adaptations, and finally, films that work as “rebuildings” of the entire TV series, which retell the story, adding new characters, scenes, settings, and backgrounds. Evangelion 1.0: You Are [Not] Alone was the first of the rebuildings, originally released in 2007. Evangelion 1.11, once again reworks the film, with more additions, new scenes, new animation, and 266 visual and audio improvements.

The Evangelion series is set in an apocalyptic world where civilization has been devastated by what has come to be known as “The Second Impact.” Centered on a rebuilt city, Tokyo-3, which serves as a fortress, the population endures constant attacks by monstrous creatures known as Angels.  In order to combat this devastating enemy, the government agency known as NERV, has built a fleet of mecha called Eva, imposing humanoid machines piloted mostly by teenagers, to battle the Angels and defend Tokyo-3.

Shinji Ikari, the series’ protagonist, is forced into action to pilot the Eva Unit 01, but he lives a lonely life, questioning his existence and his worth in life. The weight of responsibility lies heavy on his shoulders, but he decides to fight on and stick around NERV, to fight for humanity, his father’s respect, and to get closer to the one person who might understand him, Rei Ayanami, the mysterious and intriguing young female pilot of the Eva Unit 00 who seems to have the affections’ of Shinji’s father, the commander of NERV, without even trying.

Evangelion is beautifully rendered and meticulously animated. The “rebuilt” sequences fit seamlessly into the classic animation, making them hardly noticeable. This is a well done reworking of an anime classic. 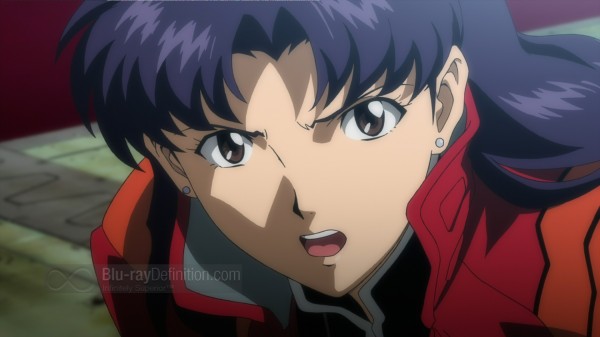 Evangelion arrives on Blu-ray in a 1.78:1 AVC/MPEG-4 high definition encoding. It is one of the strongest transfers I have had the pleasure to view from Funimation in a long while. Colors are vibrant, detail is sharp, the line art is clean, and there is an absence of any artifacts. Only on occasion does the picture become slightly soft. 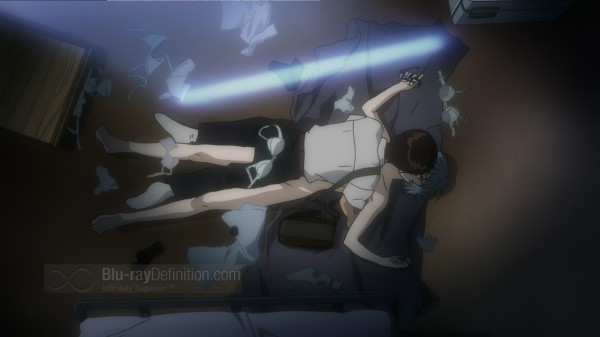 Evangelion 1.11 comes with not one, but two lossless Dolby TrueHD 7.1 soundtracks: the original Japanese language track (48kHz/16-bit) and an English track (48kHz/24-bit). I used the Japanese track with the literal English subtitles engaged as my main reference and sampled bits of the English track intermittently.

The 7.1 mix is superbly done, a true 360-degree soundfield. There is hardly a moment where sound isn’t coming from every main channel, yet the mix isn’t overwhelming. There are subtle atmospheric sound effects, and lavish amounts of ambience that draw everything together. Bass is deep and tight. One slight issue is that high frequencies sound just a little “grungy,” more so in the Japanese mix, but both mixes sound nearly identical to me, with the English version sounding slightly smoother and a bit more open in the midrange. 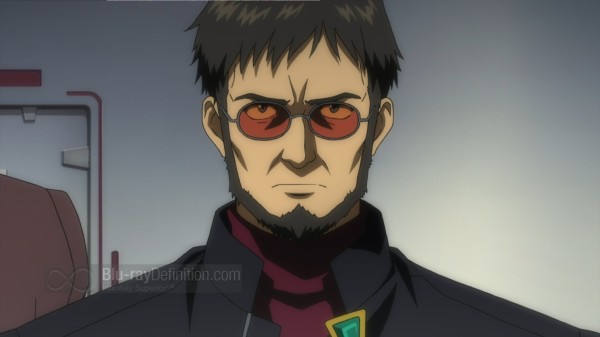 Nothing here offers a lot of re-watch value, but at least they didn’t just release this title as a barebones release. 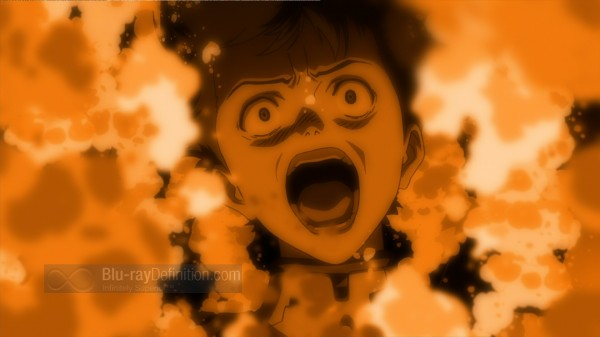 Evangelion is a must-see piece of anime. A classic of the mecha genre, the rebuilding is a superb introduction for anyone new to this franchise and an excellent re-entry for longtime fans. The Blu-ray offers a marvelously rendered transfer and superb 7.1 mixes of both English and Japanese language tracks. Highly recommended. 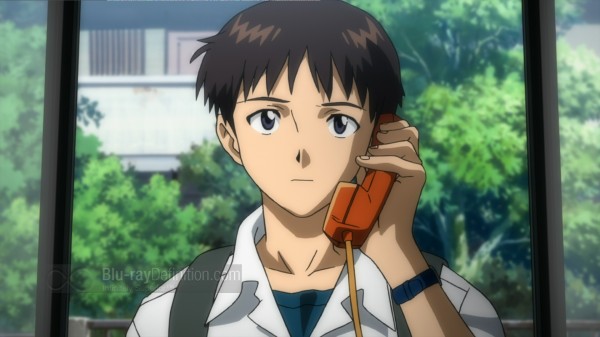 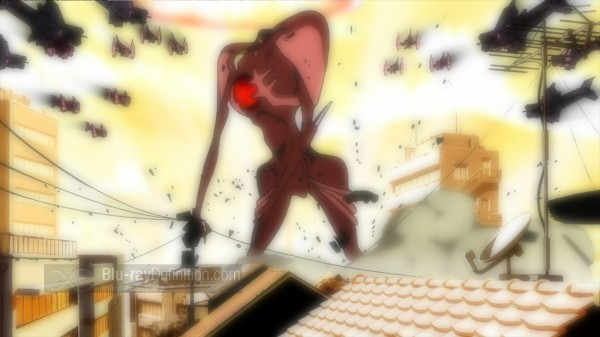 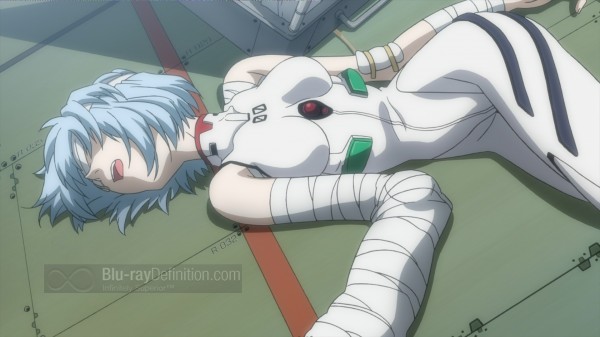 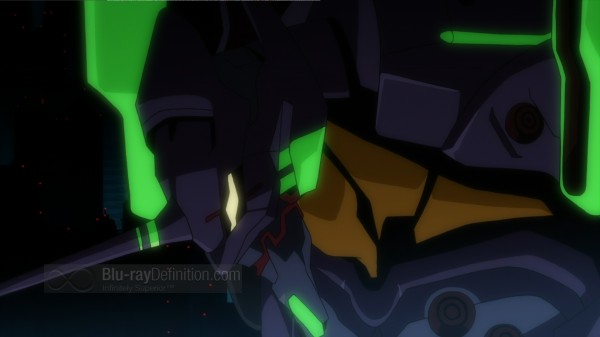 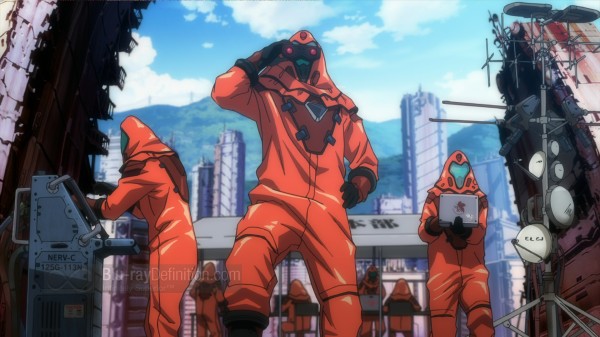 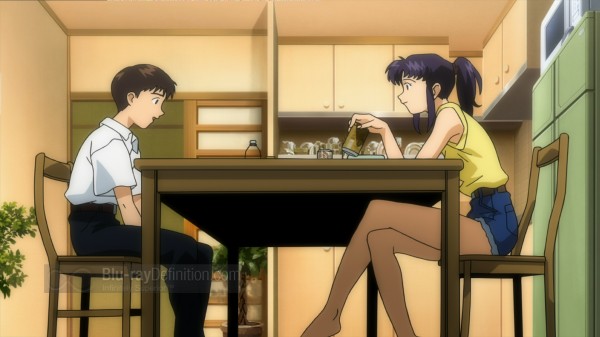 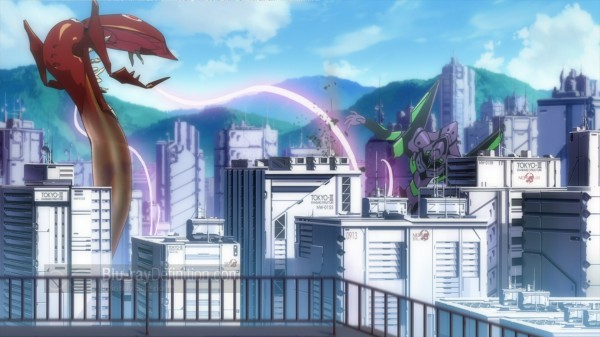 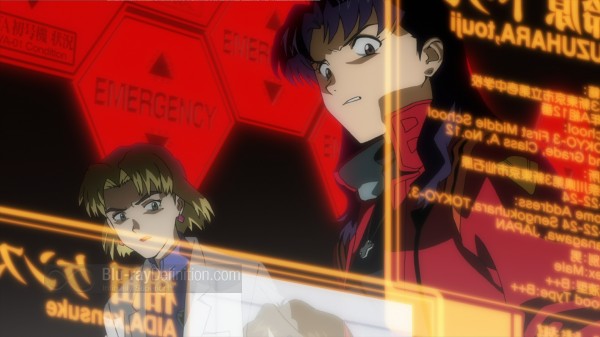 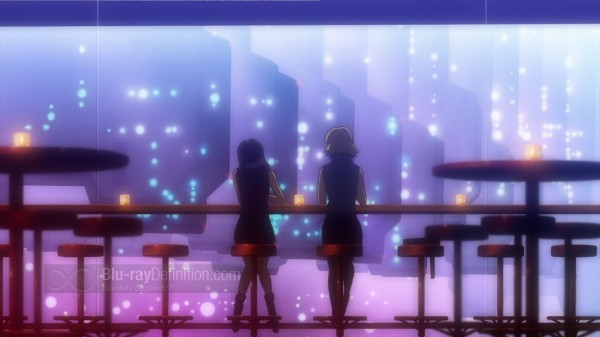 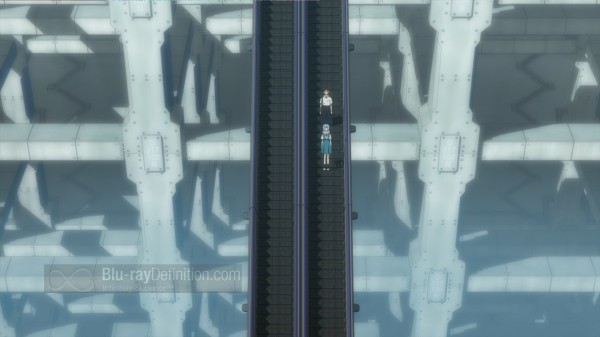 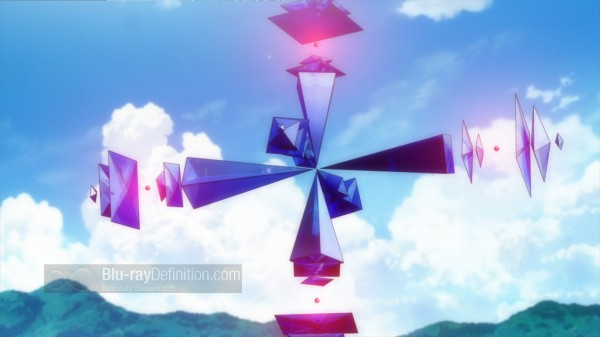