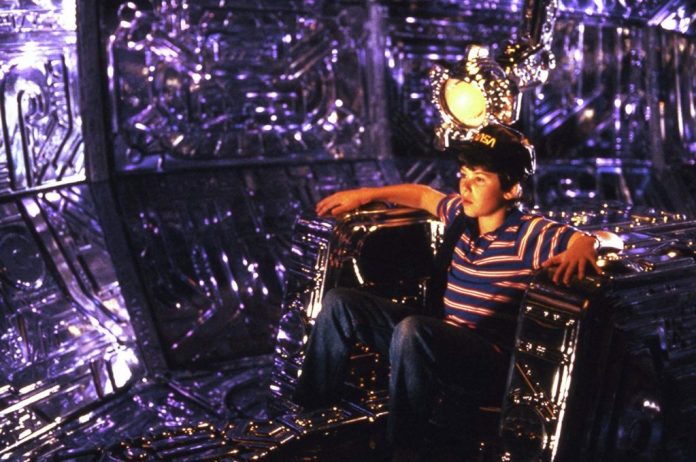 Were it not for Steven Spielberg’s classic 1982 kids’ sci-fi adventure E.T., Flight of the Navigator (1986) would perhaps have never existed. In the wake of E.T., studios leapt at the chance to get a share of the box office bonanza with their own takes on the genre with varying degrees of success, none of them reaching the level of quality of the original inspiration. The Last Star Fighter, D.A.R.Y.L., and SpaceCamp are just a few of these films, and so is this. Starting off with great promise, the film follows a 12-year-old boy, David (Joey Cramer) who falls unconscious in the woods behind his home in 1978 and wakes up in a world 8-years later. The mysterious story is intriguing, particularly when NASA gets involved, and the story plays out like a cross between an episode of The Twilight Zone and War Games. Soon, however, the plot breaks down, and becomes your average kids’ adventure, as David finds an intelligent alien spaceship named MAX (Paul Reubens doing the voice) who needs star charts in his head to get back to his planet. Soon they are in a race from David’s family and the government, before he eventually comes to the conclusion, we already knew he would reach, and that is that he really loves his family and doesn’t want to run away. The acting is more simplistic than it is over the top and the story thin, but enjoyable enough for families, but it lacks the big heart and intelligence of its forebear. By today’s standards, the special effects are rather clunky, but for the time they were pretty good, though still nowhere near what we already saw in films like Blade Runner, Close Encounters of the Third Kind, and even the aforementioned E.T. 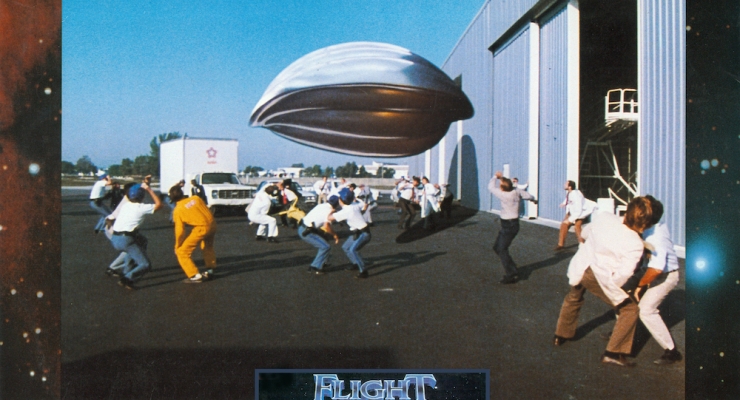 Flight of the Navigator comes to Blu-ray in a brand new 4K scan and restoration overseen by director Randal Kleiser with a 1.85:1 AVC 1080p encodement. The original 35mm source has been masterfully restored here, with only a few scenes with some in-camera effects showing extra levels of grain and a little softness, but mostly this is a clean and crisp transfer with a thin and natural level of grain, vivid and natural colors, and good dynamics.

The stereo soundtrack is provided in LPCM 2.0 and just like the 2012 release from Second Sight, it sounds generally good, but has the same harsh high-end frequencies that are accentuated in the ‘80s music, but otherwise offers good dynamic range and punchy midrange.

This limited edition release of Flight of the Navigator from Second Sight comes with a good selection of contemporary, high definition interviews with the cast and crew plus the audio commentary with the director and executive producer, which previously appeared in the 2012 release.

This ’80s sci-fi adventure tried its best to follow in the steps of the Spielberg classic E.T., but never really reached the same heights. Despite that, it still offers a good time for families. This new restoration from Second Sight brings the film to life for a whole new generation and will take older viewers right back to the their youth.

Flight of the Navigator: Limited Edition is out on Blu-ray 26 August 2019 in the UK from Second Sight