Michael Fassbender is an actor who is not afraid to take risks as he has proven time and again. He can move between big, Hollywood blockbusters like X-Men: Days of Future Past or the riveting, sexually charged Shame from British director Steve McQueen without blinking. So no one should be surprised when he takes on the role of an eccentric musician and spends the entire film wearing a giant head so that you can’t even see his face anymore. In Frank, Fassbender truly proves his acting chops, because behind the head, you obviously cannot see his facial expressions, so the acting is all vocal and physical. He conveys depression with the slump of his shoulders, excitement with the rapid pace in his voice so you can hear the glint in his eyes and the grin on his face. 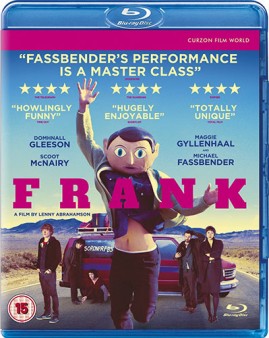 The film by Lenny Abrahamson (What Richard Did) is deceptively straightforward, it explores themes of artistic integrity, camaraderie, and the delicate balance between artistic genius and madness as it tells the story of a mediocre musician named Jon (Domhnall Gleeson) who hitches his wagon to the musical genius of the eccentric Frank (Fassbender) and his bandmates. Frank, who refuses to go anywhere without wearing a big fake head, even in private, is a marvel of imagination, finding inspiration in everything around him, but especially his bandmate Clara (Maggie Gyllenhaal), an imposing and controlling personality who despite her attitude seems to be the only one who really understands Frank on an emotional level.

Despite its – admittedly – dark comedic twists, Frank is dealing with something much broader and more serious here and that is mental illness and the idea of learning to not only be comfortable in one’s own skin, but to be able to cope with the world around you. One of the most poignant moments in the film comes during a conversation between Frank and Jon when the band are locked away in a cabin working on their masterpiece and Frank tells Jon, to paraphrase, that people shouldn’t hide things from each other. It’s masterfully ironic and quite sad at the same time, as Frank utters these words from inside a giant fake head. What is he hiding of himself or hiding from? We do eventually find out more about that, but that is part of the journey of this film that makes it so wonderful 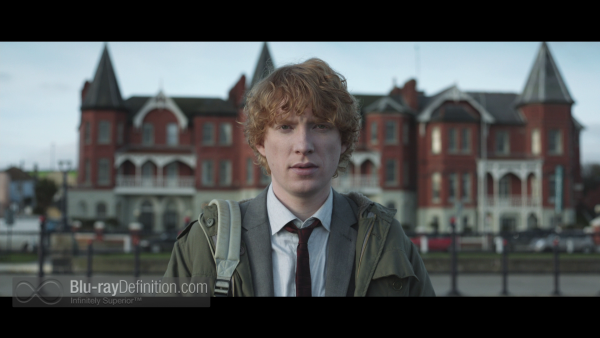 The high-definition source for Frank does have a bit of a muted color palette, but apart from that it looks more than acceptable, with a clean image and fine textures, especially on close-ups. One can spot all the nicks and scratches on Frank’s big head with a fine sense of detail. The transfer is offered up in an AVC/MPEG-4 1080p encodement from Curzon Film World that has only the slightest hint of softness on occasion, but is generally pleasing to watch. 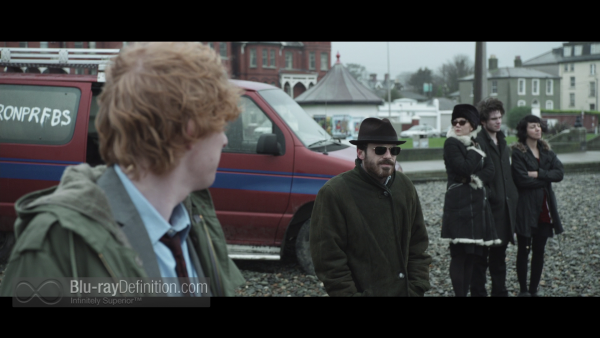 The musical performances of the band, which sounds like a combination of Sonic Youth, Arcade Fire and The Velvet Underground, all come across splendidly full and with a natural sense of room presence in the English DTS-HD Master Audio 5.1 (48kHz/24-bit) soundtrack. Dialogue is also clean and intelligible. The occasional sound effect can be heard in the surrounds, but mostly things stay in front, with gentle but audible atmospherics. There is also a LPCM 2.0 (48kHz/24-bit) stereo track that is less engaging, but still good, clean, and well mixed. 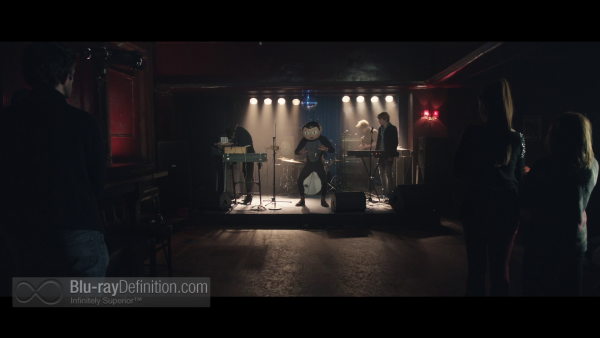 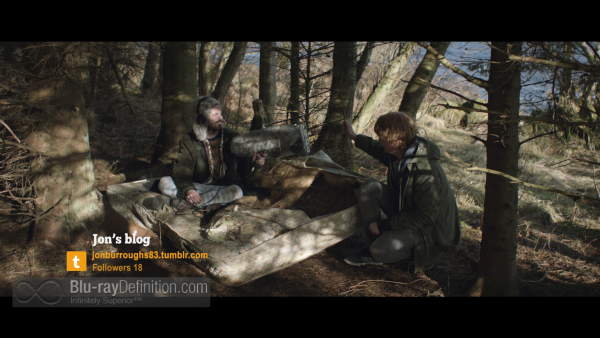 This unorthodox film may seem strange at a glance, but it is wholly amusing, captivating, and most of all heartwarming, led by a magnificent performance from Michael Fassbender who turns in one for the ages here. Give Frank a try, you’re sure to love it. 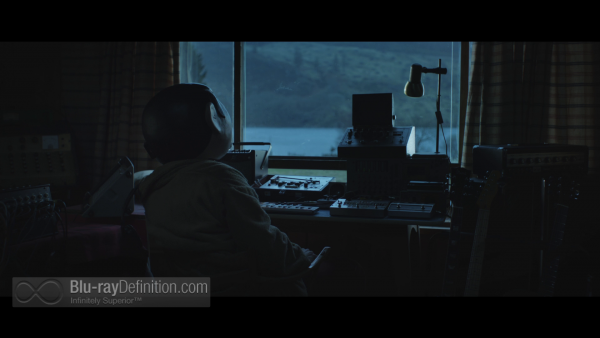 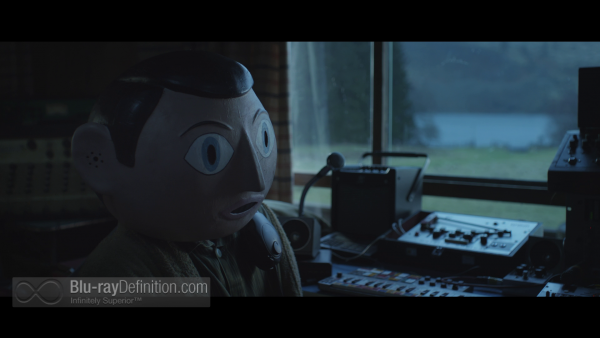 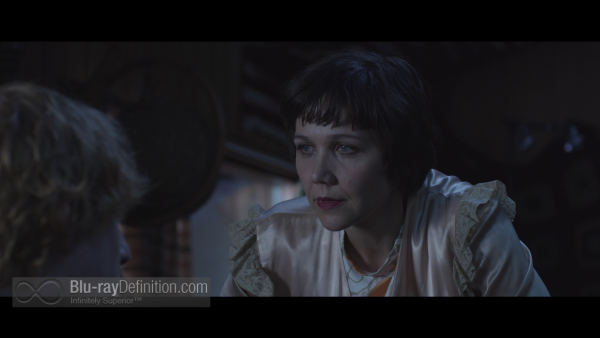 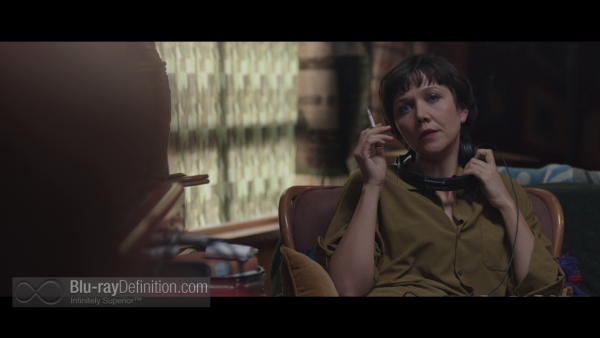 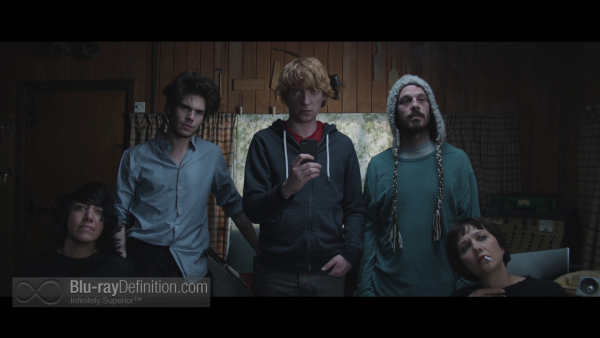 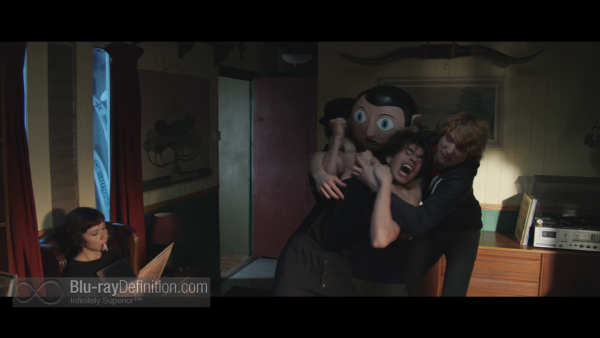 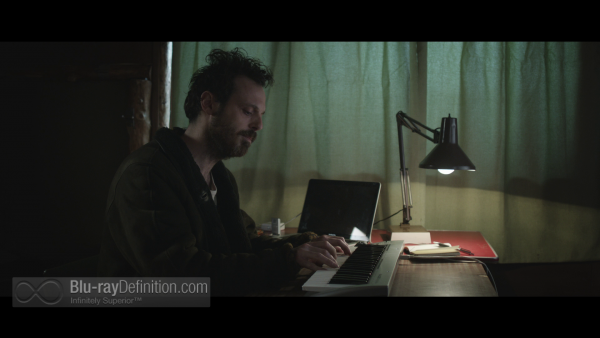 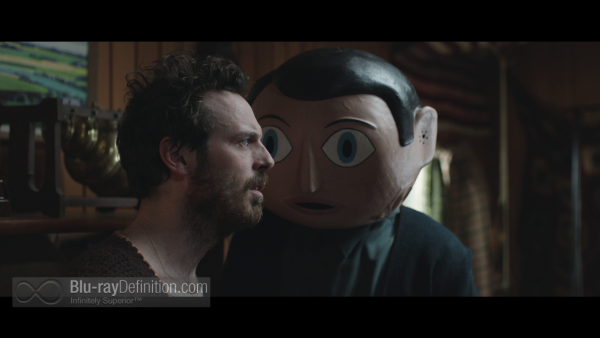 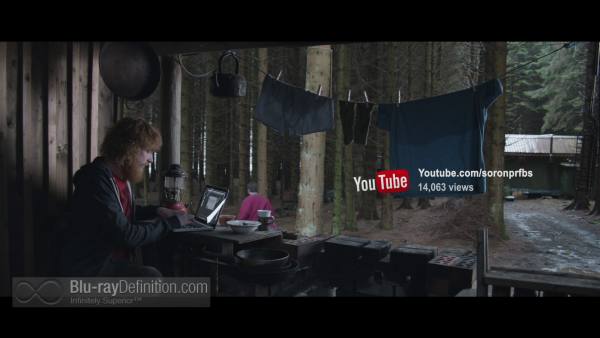 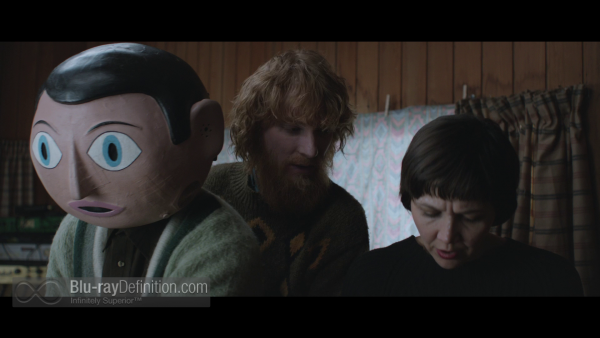 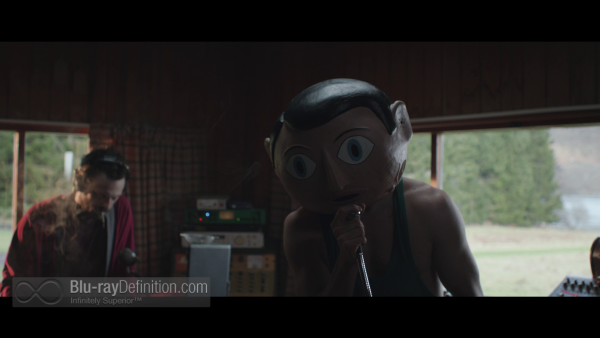 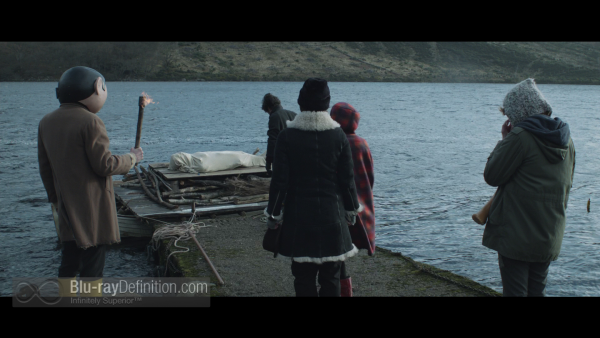 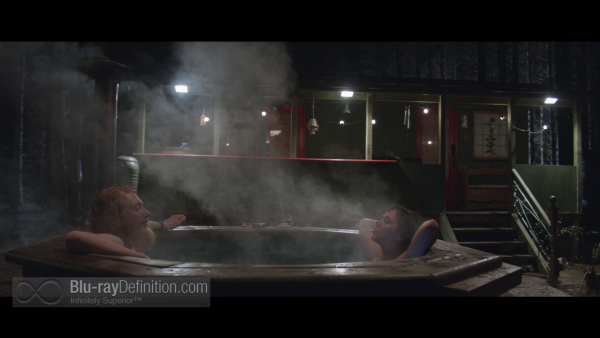