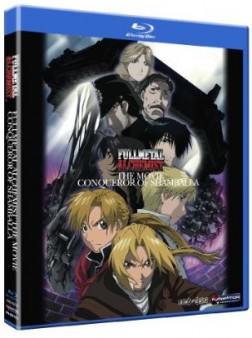 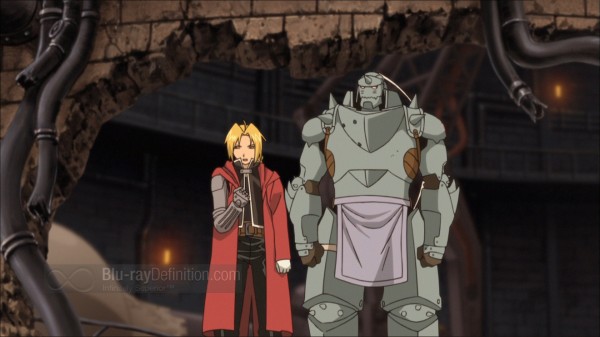 Full Metal Alchemist is an absolute phenomenon in the world of anime. It has spawned OVAs (original video animations), soundtrack albums, video games, and movie sequels. Based on an original manga in the shōnen style, the story is set in a world just after the European industrial revolution where the art of alchemy has become the highest technical achievement known to mankind. It mixes elements of fantasy, science fiction and steam punk as it follows its two protagonists, Edward and Alphonse Elric, who seek to restore their bodies to normalcy after suffering disastrous consequences whilst trying to bring their mother back from the dead. Ed has been left with partly mechanical limbs and Al has had to have his soul attached to a fully metallic body to live on.

The anime series based on the manga ran from 2003 to 2004 and the movie sequel, Conqueror of Shamballa, used to tie up the anime, aired in 2005. The movie finds the brothers Ed and Al in opposite worlds, as Ed has used alchemy to travel through a transmutation gate into pre-World War II Germany, where the Nazis have discovered the power of alchemy and the existence of Ed’s world on the other side. They have been planning to open the gate to the other side to bring the power of alchemy through to use it in their war effort, while Ed has been studying with a rocket scientist in an effort to make it back to his world to find his brother.

Laced with tension, drama, dramatic lighting, mystical scenarios, and lots of action, Conqueror of Shamballa certainly raises the level of quality fans have come to expect from the Full Metal Alchemist series. The animation is moody and sleek and the teleplay quite engaging for something aimed at teen audiences. Unlike Tsubasa Reservoir Chronicle Season One, which I also recently reviewed, Conqueror of Shamballa never lapses into any areas of childishness. There’s angst, anger, love, betrayal and honor — all the things that go into making a good action piece.

Conqueror of Shamballa takes place roughly two years after the original Full Metal Alchemist anime and it offers a fittingly dramatic conclusion to fans of the original series. 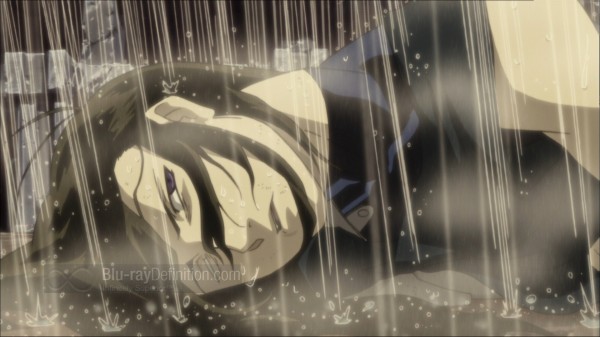 Full Metal Alchemist the Movie: Conqueror of Shamballa appears on this Funimation Blu-ray release with a 1.78:1 1080p/24 AVC/MPEG-4 high definition encoding. The film’s palette is filled with Earth tones and greys highlighted by patches of deep primary colors, maroons, and blacks. The transfer from Funimation captures the look effortlessly. Colors are rich, shadow detail is strong, and the line art is well defined. There is at times a purposely-diffuse look that softens details a tad, but it is not a consequence of the encoding. There are no signs of video noise, compression artifacts, or post-processing misdeeds. The source looks clean with no hints of damage. 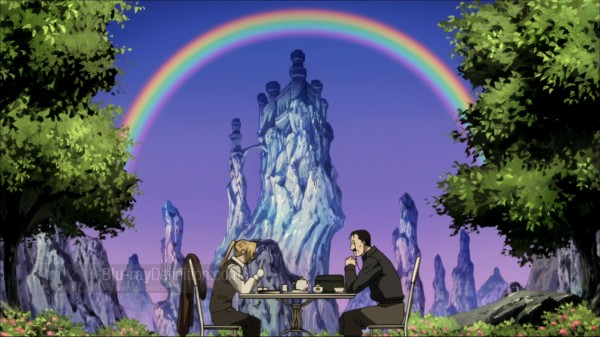 Both original language Japanese Dolby TrueHD 5.1 (48kHz/16-bit) and English Dolby TrueHD 5.1 (48kHz/24-bit) options are provided. Purists will enjoy the Japanese language track being provided in a lossless surround format, even if it is only 16-bit. Quick comparisons show that the Japanese track is mastered at a slightly lower level than the English dub and sounds just a tad less expansive, but both versions are quite dynamic and entertaining. Low frequencies are resounding, the surround channels are actives with lush amounts of ambience and discrete sound effects, and dynamic range is quit wide. Dialogue is clean with no hints of distortion and it never gets lost in the mix. 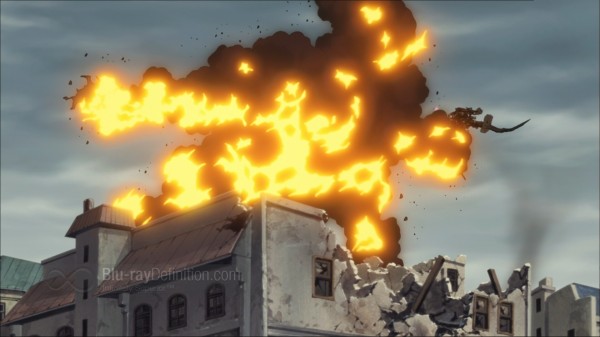 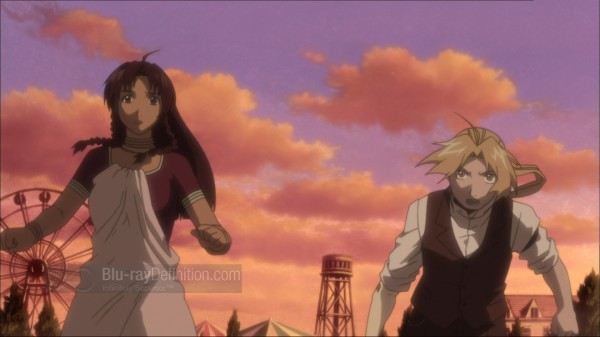 With its tightly wrapped up plot, sleek animation and solid high definition transfer from Funimation, there’s no way fans of the series can lose by picking up this Blu-ray edition of Full Metal Alchemist the Movie: Conqueror of Shamballa. Highly recommended.