Ghost in the Shell: The New Movie (TheaterByte Blu-ray Review) 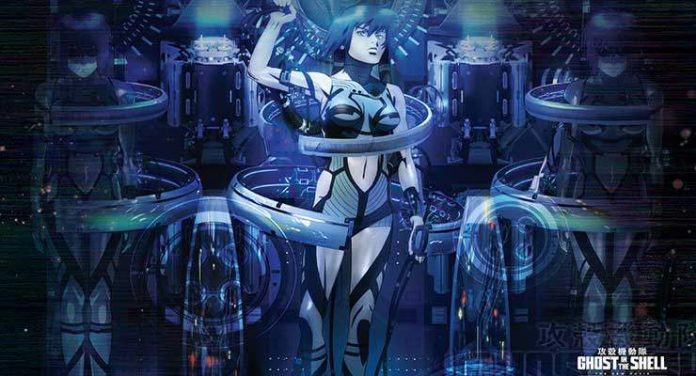 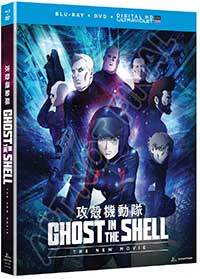 The Ghost in the Shell franchise returns to feature film territory with this further entry in the Arise storyline. Ghost in the Shell: The New Movie picks up sometime after or during the events of Arise expanding on the story of the Pyrophoric Cult and the Fire-Starter virus. For those unfamiliar with Ghost in the Shell, it is a post-apocalyptic sci-fi thriller set in a futuristic Japan where humans are now constantly connected via a global network, many have cybernetic implants, and some are fully cyborg with souls called Ghosts.

Now, after the shocking assassination of the Japanese prime minister, Major Kusanagi Motoko and Section 9, an élite team of government agents, must investigate the Ghost-infecting Fire-Starter virus that led to the violent assault. What the major discovers is a another cyborg using her face and a vast conspiracy reaching far into a separate government program.

Those familiar with this franchise and with the Arise series will immediately recognize that character designs and background art as being rooted in that series and while it may not have the awe factor anymore that the original 1995 Ghost in the Shell film, it is still fantastically done and the action sequences never fail to impress. Neither does the musical score which is pulsating and atmospheric, fitting for this sort of techno-thriller, and should fit right in with youngsters who love EDM.

Where Ghost in the Shell has never been a let down – and The New Movie is certainly no exception – is its cerebral atmosphere and philosophical bent. You’ll always be ruminating on the meaning of what it means to be human and what a soul or Ghost is. Granted, Kusanagi can be a bit overbearing at times, but man is she badass. What this film does do is fall into the trap of replaying some of the ubiquitous homages to the original and other classic GiTS moments. The ending of the film is just one signature that we can practically expect by now, though it may be best to just let it go at this point. What is meant to be a surprise is not when you already know what’s coming. 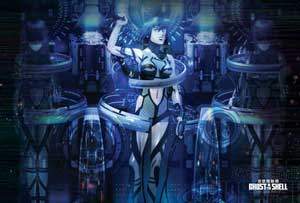 Ghost in the Shell: The New Movie gets a gorgeous, high bitrate (this one peaks at or near 40Mbps) AVC 1080p encodement framed at 1.78:1 on Blu-ray from FUNimation Entertainment. I can’t find fault at all with the gorgeous color, crisp line art and contrast in this transfer that is free from noise and digital artifacts.

We get the original Japanese-language track and the English dub in Dolby TrueHD 5.1. The mix itself is superb, surrounding us the usual sort of electronica that Ghost in the Shell is known for, that pings around the room, and solid sound effects are effectively panned through the surrounds and front channels. Low end is rather deep also, so explosions, gunfire, and fight sequences really have an authoritative “oomph” all the while the dialogue (and the Japanese voice cast are really vastly superior here) is clear and full. That all said, typically of most of FUNimation’s releases, the dynamic range seems to be reined in a bit, so I found myself in the position of reaching for the remote and punching the volume up a few ticks.

A solid set of extras dive into the world of Arise and Ghost in the Shell plus we get some promotional GiTS material as well.

Ghost in the Shell: The New Movie is a welcome addition to the world of Arise and the Ghost in the Shell franchise. It helps to further what has been one of the greatest anime franchises —  one that has had some rocky moments over the years — with a high quality entry.