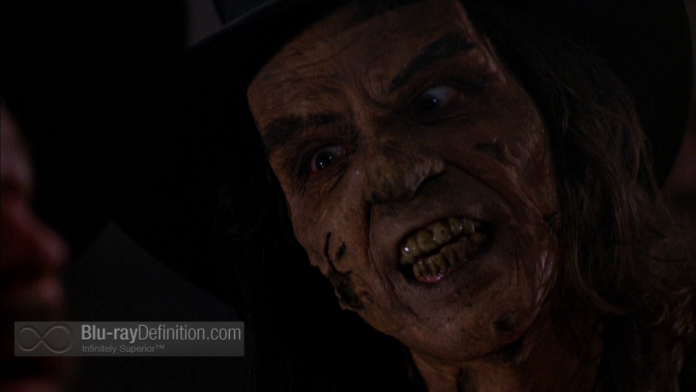 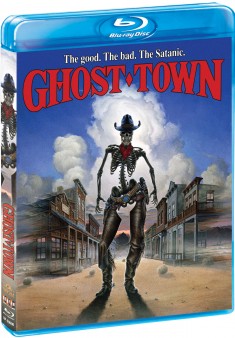 Seeing the cover art to Ghost Town brought back some childhood memories of the VHS box standing there in the horror section of my local video store. I never did rent it, so I could not foresee what I was getting myself into when it came down to reviewing the new Blu-ray of the film. Ghost Town stars Franc Luz as Sheriff deputy Langley. He’s on the case of a missing woman named Kate that disappeared while driving down a desolate road. Who kidnapped her or why she’s missing is any one’s guess but Langley is sure to find out.

As Langley closes in he’s mysteriously transported to a ghost town in a netherworld plain that sits on the same plot of land where the young woman was taken. A curse has been bestowed upon the town and anyone that tries to come through meets with an untimely demise. It’s the wild west but in another dimension that takes place in our world – if that makes sense. The corral, saloons, hotels, and townsfolk are cursed to walk this netherworld until they are free from its binds.

The big boss is Devlin (Jimmy F. Skaggs) and he’s got a bone to pick to with Langley. Not to mention he’s pretty much a cowboy zombie. In fact, everyone in this twisted world is, for lack of a better word, a zombie. They can be hurt or disabled but not killed by traditional means. Devlin has Kate in his grips and will not let her go without a fight. Langley has to muster up the courage to take him out in a duel to the death.

I guess growing up the artwork really didn’t appeal to me and now as an adult it’s one of those that stand out and makes you say, “I’ve seen that before.” The overall film is fairly standard. There’s some bad acting and dialogue going around, but the production design and special effects make-up design is all top notch. Watching Devlin slowly rot away is lots of fun and so is watching the gunfire punch holes into people. There’s tons of fantastic squib work at hand. The film is credited to Richard Governor, but he apparently walked off the set due to problems and was replaced by an uncredited Mac Ahlberg who initially started off as cinematographer for the film. Ahlberg kept working long after Ghost Town and Governor was never heard from again.

Ghost Town is not the best zombie western I’ve ever seen nor is it the worst. I really hate saying it but Ghost Town is ripe for a remake with a bigger budget and better story. If it can retain that hard-edged R rating it would be pretty amazing. In any event this cult classic is quite entertaining even if the lousy acting by some of the principal actors fail to elevate the material. Luz does what he can, but Skaggs is the one having the most fun here. 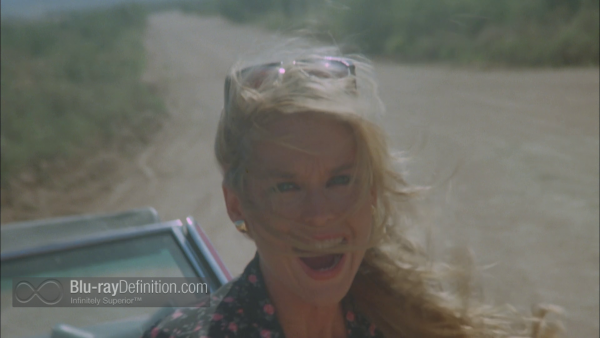 Ghost Town is presented in a 1.78:1 AVC 1080- transfer and looks surprisingly above average. Grain is present throughout the film and is its best attribute. Sharpness and contrast levels don’t seem to have been boosted, but I did detect many instances of aliasing and spots of edge enhancement. The color palette is bold and richly vivid. The majority of the film takes place in a dusty ghost town anyway but I was surprised at how detailed the transfer was. For cult catalog release they’ve done a pretty good job on the transfer itself. 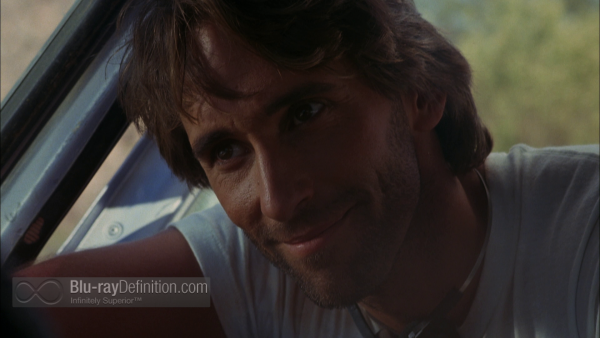 Ghost Town is presented in 2.o stereo and this has to be one of the worst sounding Blu-rays I’ve ever heard. There is no clear separation between the two front channels. Everything is jumbled into the mix. What’s worse is that the stock soundtrack (the original composer’s score was replaced without his knowledge with a temp score and left that way) pretty much drowns out dialogue and gunfire and everything else. Dialogue can be very whisper quiet unless folks are screaming at each other and when somebody fires from a gun, shotgun, rifle, etc., it feels as if the gunfire is trying to break through the loudness barrier. It sounds more muffled than anything else. 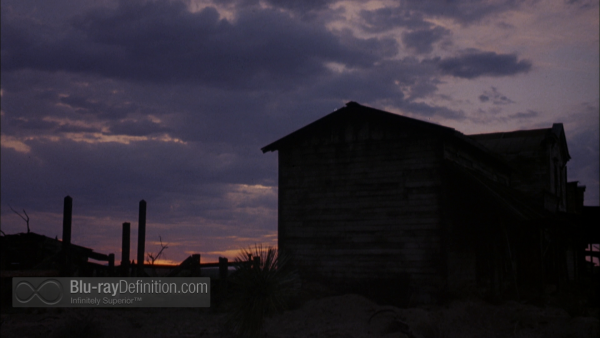 There no special features on this Blu-ray. 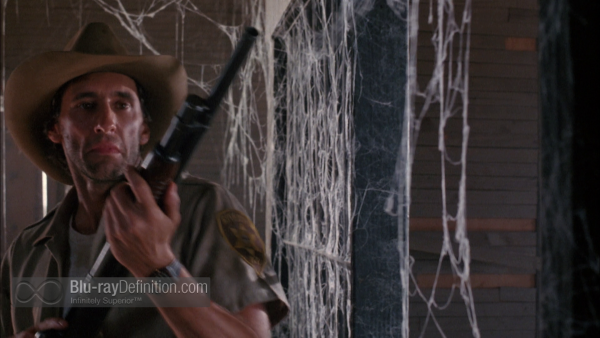 Ghost Town was not all that bad. I’m sure if the budget were bigger it would have been better. Troubled production aside, there are many instances of coolness, the special make-up effects work, being one of them. The Blu-ray, however, is another matter. The video is fine but the audio is garbage. The lack of special features also brings the score way down. I can’t recommend a purchase but if you like horror and western films then this mash up of the genres may be of interest. Rent it. 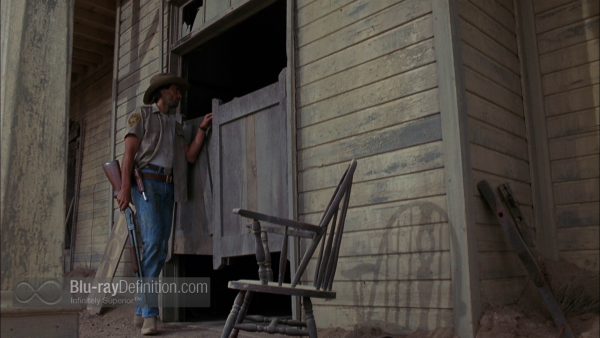 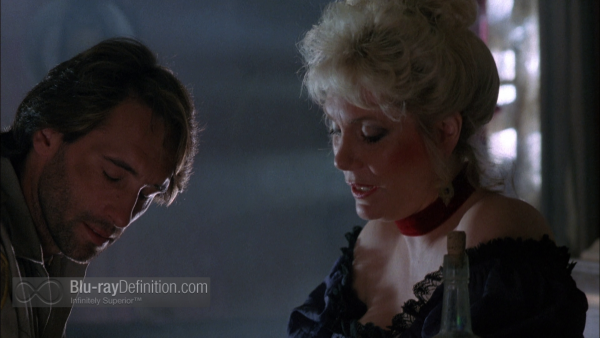 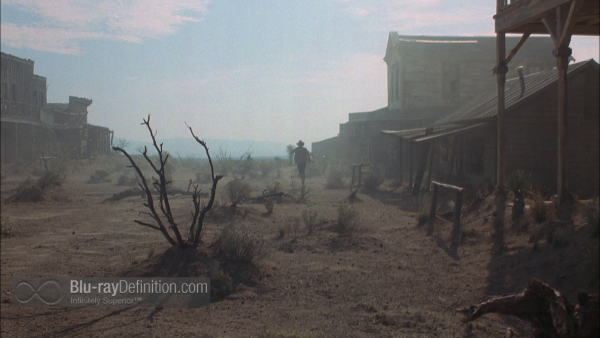 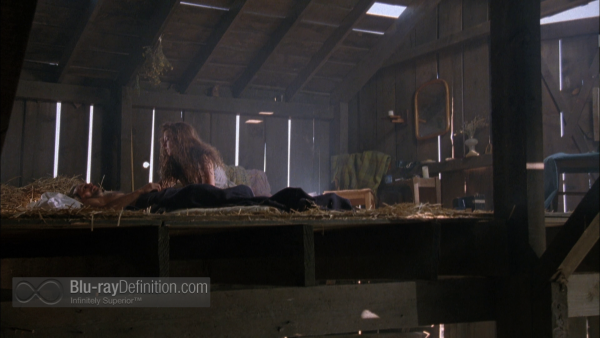 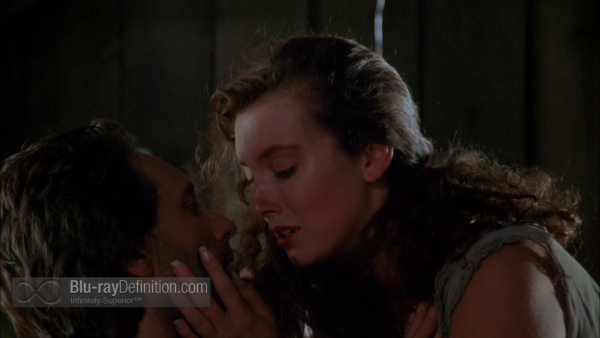 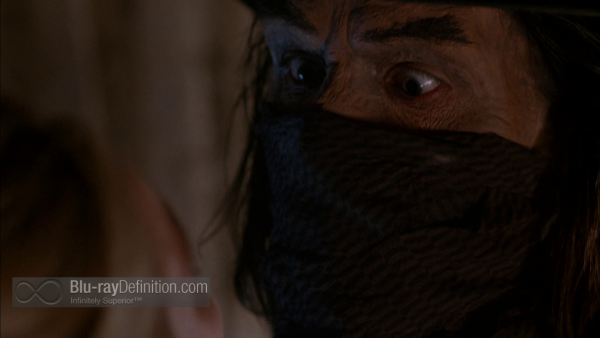 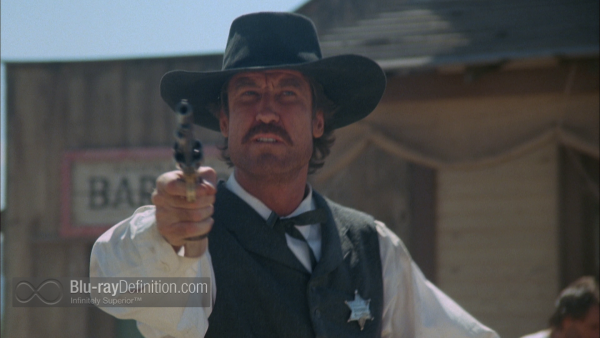 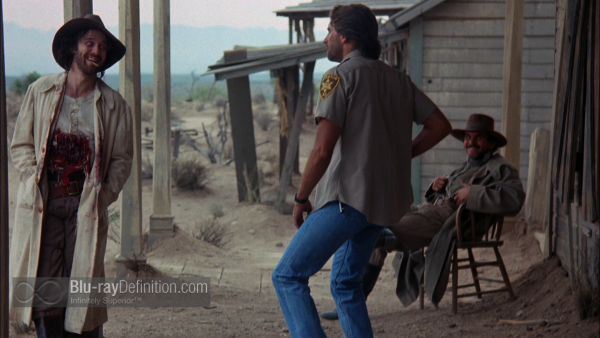 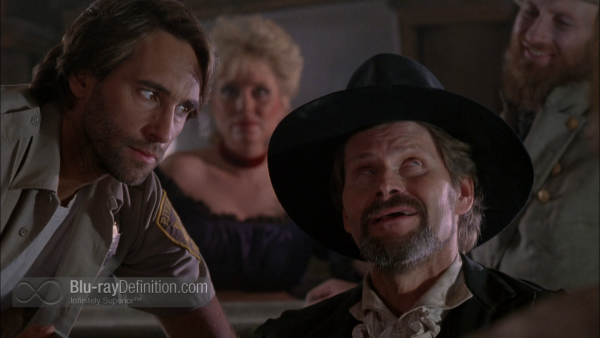 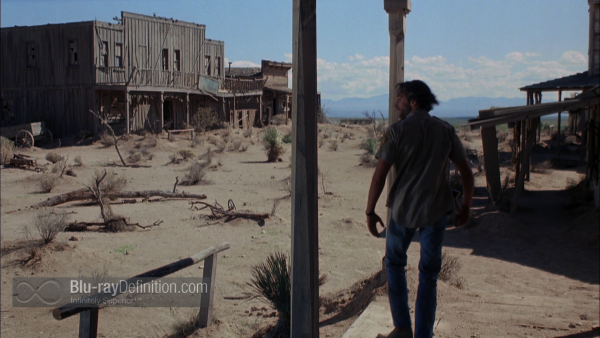 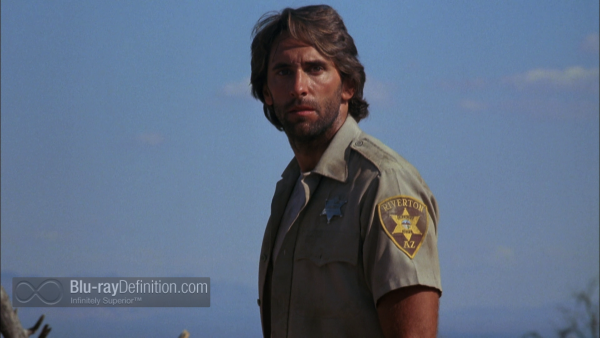 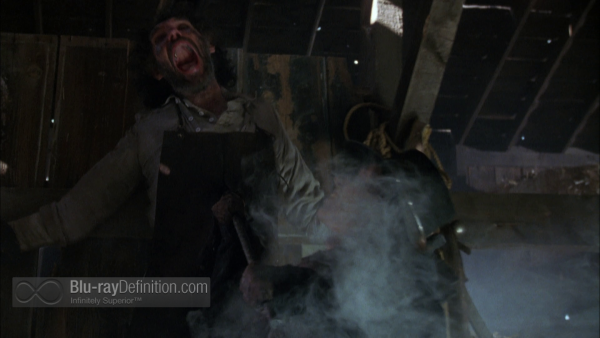 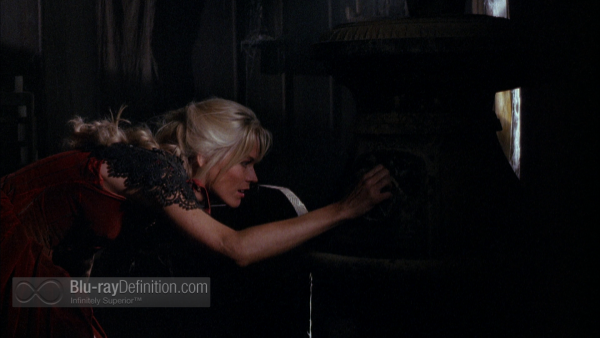 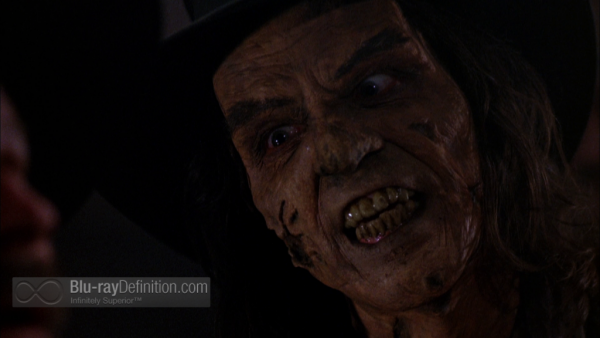 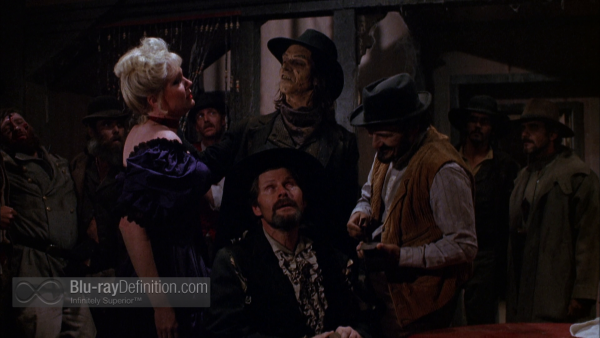