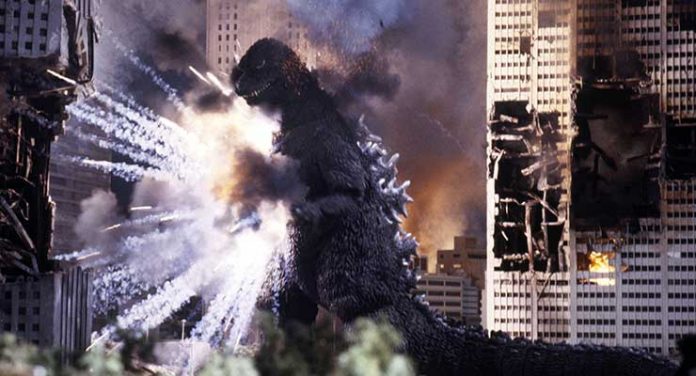 This Godzilla film has had a number of titles, from simply Gojira in Japan, an homage to the original film for which it was meant to server as a reboot, to its U.S. title Godzilla 1985: The Legend is Reborn. Now it appears in this new release from Kraken Releasing, rebranded yet again as Godzilla 1984: The Return of Godzilla. The fact that something as simple as the name can’t be settled on should serve as a warning to anyone entering into viewing this film. The Return of Godzilla was meant as Toho’s way to resurrect the monster movie franchise as a major force both in Japan and in U.S. markets, after nearly ten years absence from the screen. Ostensibly it was to use the latest and greatest special effects of the day to bring Godzilla into the present for modern audiences. Unfortunately, something went terribly awry, and The Return of Godzilla, basically a reworking of the original Godzilla film (just like the recent Shin Godzilla) falls into the same category of cheesy guy in a lizard suit smashing through obviously fake city streets as many of the previous Godzilla films. Perhaps there is some mental block in the psyche of Japanese directors when taking over the Godzilla franchise or perhaps it is the limited market and budget, but every Godzilla film in Japan seems to fall into this category. The only breakout films seem to be the 1998 and 2014 American-made U.S. films. The big difference in The Return of Godzilla from previous efforts is the cliché subplots of rival superpowers The United States and The Soviet Union who interject themselves into the issue of stopping Godzilla by contemplating, alas, suggesting the use of nuclear weapons, before the threat of the creature spreads beyond Japanese boarders. Only aficionados of the best of B-movies will appreciate the awesome cheesiness of this typical monster movie fare. 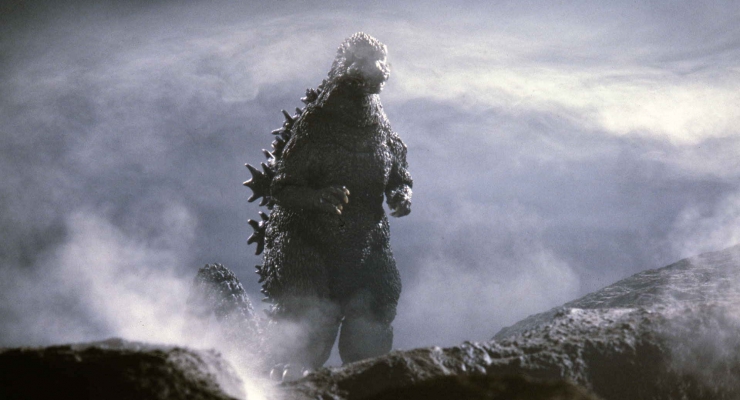 The Return of Godzilla looks well enough, but certainly not spectacular in this new Blu-ray release from Kraken Releasing. It’s clean, but kind of soft, which is only heightened during the many special effects scenes, which still use a lot of in-camera practical effects. Grain is present and looks natural, but a bit coarse. The transfer is encoded in AVC 1080p and the film appears in a 1.85:1 framing.

The original Japanese track is given a DTS-HD Master Audio 5.1 mix as is the English dub. Stay away from the dub, but both mixes are only average, staying mainly across the front three channels with the occasional discrete effect mixed into the surrounds. Dynamics are good, low end doesn’t extend down into the lowest frequencies, but it is deep enough to provide a solid foundation for Godzilla’s rampaging.

There’s nothing included outside of the original theatrical promo (HD, Japanese).

This 1984 Godzilla reboot has all the signature effects and cheese of the Godzilla B-movie franchise that has kept fans of such fare flocking to the behemoth for decades. Although not a successful reboot, it will attract those who love the creature and the franchise for all its cheesy goodness.