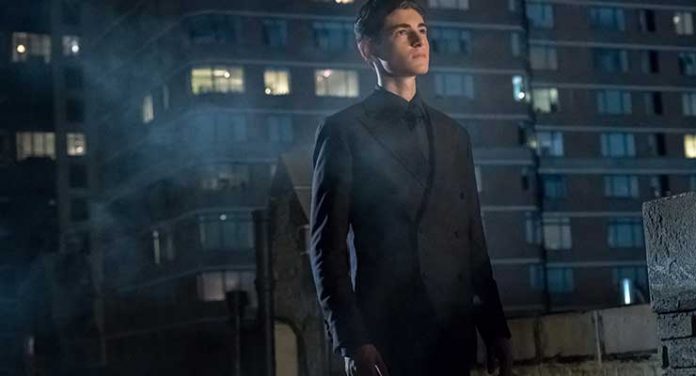 The successful DC series Gotham, one of the only ones not to run on The CW — it airs on Fox – took flight in the fourth season with the Dark Knight beginning to emerge as the young Bruce Wayne (David Mazouz) trained with the infamous Ra’s al Gul and began to don his crimefighting alter-ego with the aid of his faithful butler and guardian Alfred (Sean Pertwee). But the season is notable for more than just that – after a long buildup of well-written seasons and character building, we finally began to see the emergence of Gotham’s notorious supervillains – Edward Nygma/The Riddler (Cory Michael Smith), Oswald Cobblepot/The Penguin (Robin Lord Taylor), Ivy Pepper/Poison Ivy (Maggie Geha), and Solomon Grundy (Drew Powell).

The character of James Gordon (James Gordon) also continued to grow in the fourth season as he grappled with the increasingly grey areas of being a cop and working with criminals. Helping to throw him into his morally dubious state is the complete overall of the character of Gordon’s ex Leslie Thompkins (Morena Baccarin), the second of his girlfriends on the series to have seemingly gone batsh*t crazy.

As has been the case since the beginning of this series, Gotham doesn’t disappoint when it comes to darkness – the season maintains a gloomy, Gothic overtone and goes to some very frightening places, walking a line between horror and fantasy and a crime/drama. It is certainly one of the darker – literally and figuratively – DC properties on TV at the moment, in keeping with the Dark Knight franchise. 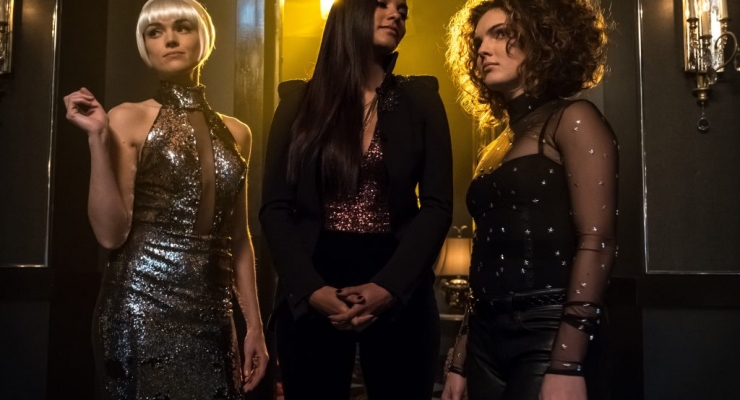 Gotham arrives framed at 1.78:1 in an AVC 1080p encodement from Warner Bros. Its digital production looks generally satisfying with inky blacks, crisp details, good nuance in the shadows, and excellent color reproduction even though the series tends toward a de-saturated look. That said, the image does suffer occasionally from some pretty heavy color banding that makes me have to knock a couple of points off.

Gotham is provided with a DTS-HD Master Audio 5.1 mix on Blu-ray. It is competent with good atmospherics and dynamic range, and clean dialogue. The low end is certainly not as beefy as a blockbuster film, but there’s a good amount of extension to lower frequencies providing a solid foundation.

The included special features are not exactly an overabundance of riches, but they are interesting. The Solomon Grundy featurette and Comic-Con Best-Of are the most interesting to watch. The select deleted scenes scattered throughout are also welcome inclusions.

Gotham maintains its quality and heads closer to the chaotic world of the Dark Knight in this fourth season filled with dark turns, mad villains, and a hero emerging from the shadows. This Blu-ray set is a satisfying release for fans.