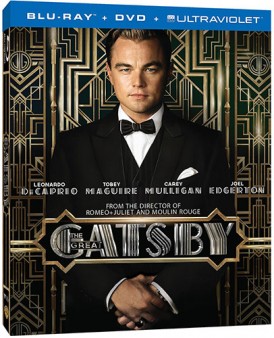 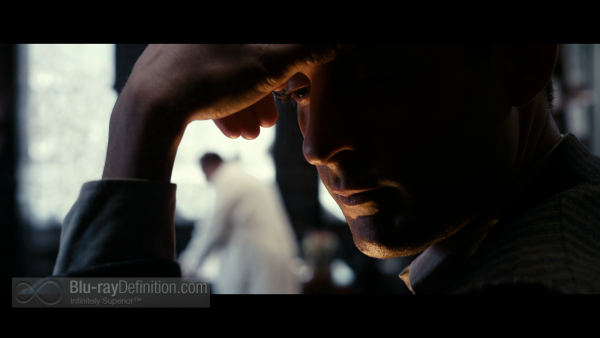 Director Baz Lurhmann (Moulin Rouge; Romeo+Juliet) brings his typically rich acid-trip, anachronistic mash-up style to F. Scott Fitzgerald’s “Great American Novel” The Great Gatsby. A story about the post-World War I shifting social mores in the American social structure, the roaring 20s jazz age, and the underlying fatal flaw in the thread of the American Dream, Gatsby has been a staple in high school literature courses for decades, and revisited for screen adaptations stretching all the way back to the lost Herbert Brenon silent film from 1926. Probably most notable is the Jack Clayton directed film from the Francis Ford Coppola screenplay with Robert Redford in the titular role. Lurhmann’s film musters up far more energy and visual flare than its predecessor while keeping most of the core of Fitzgerald’s story intact.

It’s early in 1922, New York City is in a post-war boom, the jazz age is firmly afoot, flappers have pushed aside the staid era of the Victorians, Wall Street speculation and prohibition hav given rise to the nouveau riche. In the fictional Long Island town of West Egg, well-born bond salesman Nick Carrway (Tobey Maguire) has moved into his small home next to the mansion of mysterious tycoon Jay Gatsby (Leonardo DiCaprio), whose weekend-long parties of excess stand as a perfect example of the the excesses of the era. Nick, fascinated with his neighbor, becomes Gatsby’s de facto entrance to meeting Nick’s cousin, the beautiful blonde Daisy Buchanan (Carey Mulligan), who lives across the bay in the old-monied Long Island town of East Egg with her philandering husband Tom (Joel Edgerton). Mysteries may swirl around who exactly Gatsby is – did he spy for the Germans during the war? Did he kill the Kaiser? – But what Nick learns is that Jay Gatsby, man of mystery and tycoon, once knew his cousin Daisy before the war, and the two were in love. As war often does, it separated the two, and now Gatsby has been trying to win her back.

Despite what are only necessarily deep cuts to the original material I (I know, I’ve read the original several times), Luhrmann and co-writer Craig Pearce stick close to the original text and wrap the symbolism of Fitzgerald’s work into the film as much as possible – the flashing green light across the water, the giant eyes on the billboard peering down like God.

Where the director can’t help himself from going astray is his habit of anachronistic musical mash-ups during many of the party scenes that bring rock and hip-hop into the jazz age orgies. While the visual trip of The Great Gatsby is probably the best anyone has ever done at capturing the free spirited aura of the time, the music feels too much like pandering to modern audiences, and one scene crossing the Queensboro Bridge that flashes on a group of Blacks riding in an open-top limo while sipping champagne and being driven by a White chauffeur while jazzy hip-hop blares in the background is not only anachronistic, but downright racially stereotypical. 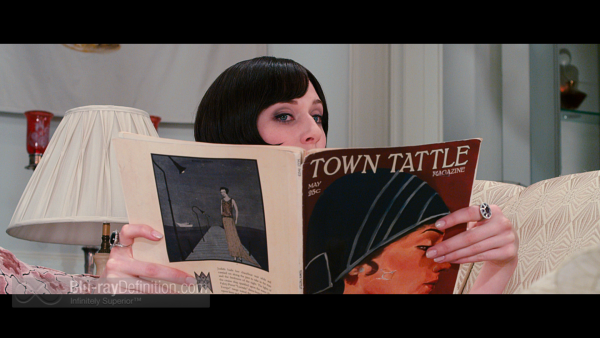 The Great Gatsby was an original 3D production shot in high definition with the Red Epic camera. Warner has sent us the 2D-only Blu-ray Combo pack. The image is gorgeous, even if it doesn’t allow for the viewing of Lurhmann’s inventive use of the 3D format. Those who dislike 3D or don’t mind the 2D-only option won’t even blink, however, as the brilliant colors, the spectacular detail, and clean image offered up in this AVC/MPEG-4 1080p encodement provide an amazing, reference quality home theatre experience. 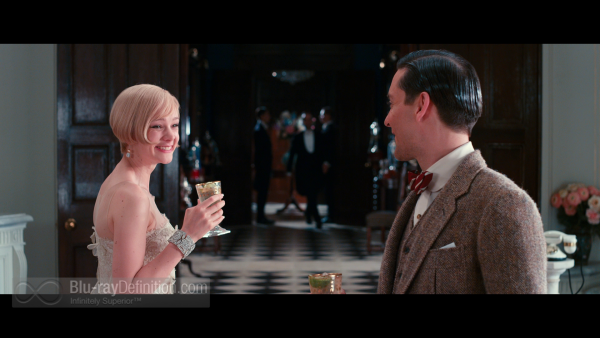 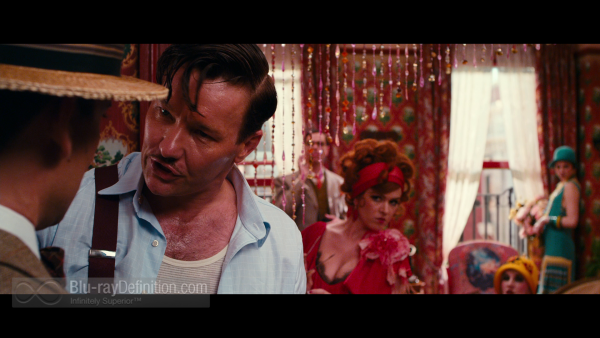 This set is not wanting for extras in any way. 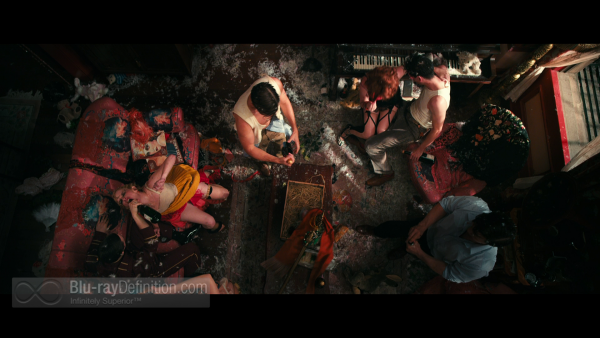 The Great Gatsby is a visually stunning romantic epic that stays basically true to Fitzgerald’s core text, with only some slight diversions into Baz Luhrmann’s modern and anachronistic territory. The film may satisfy most fans of the novel and many, if there are any, who are unfamiliar with the work. 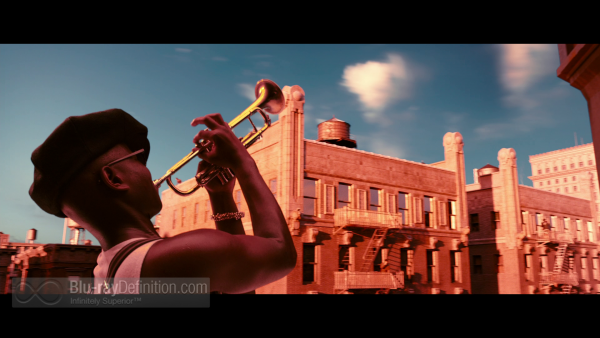 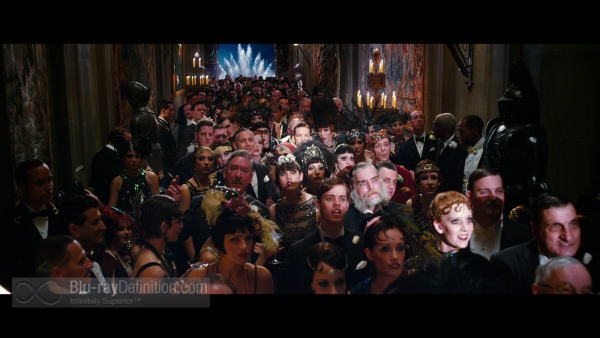 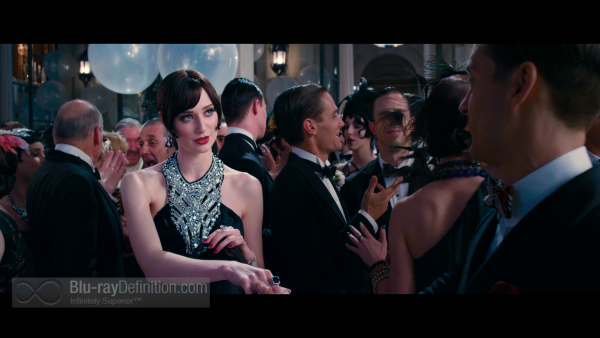 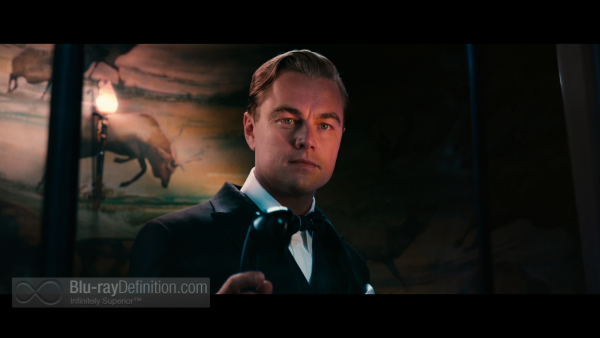 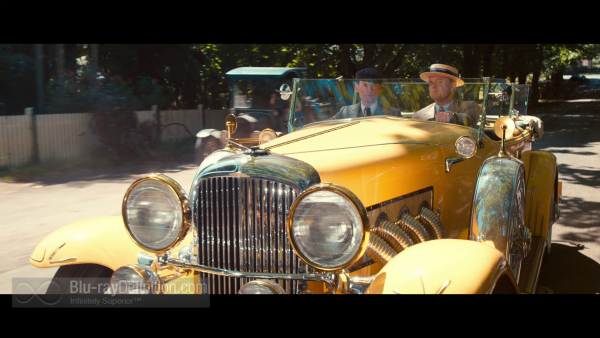 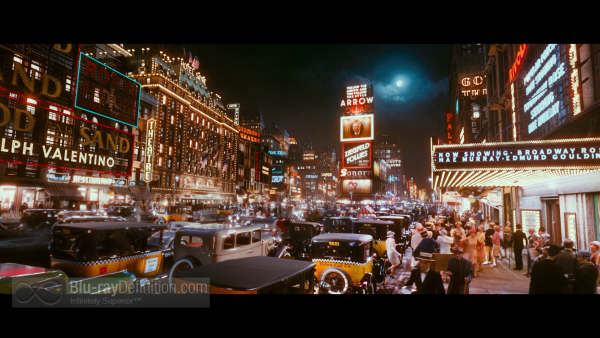 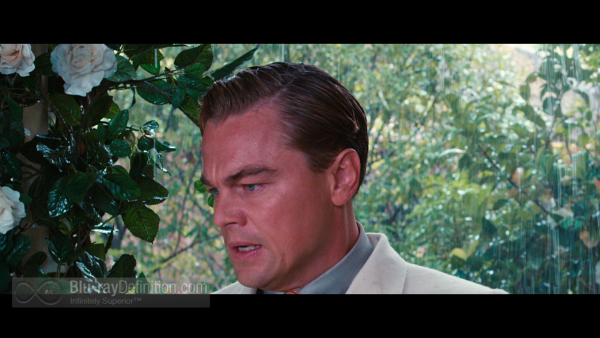 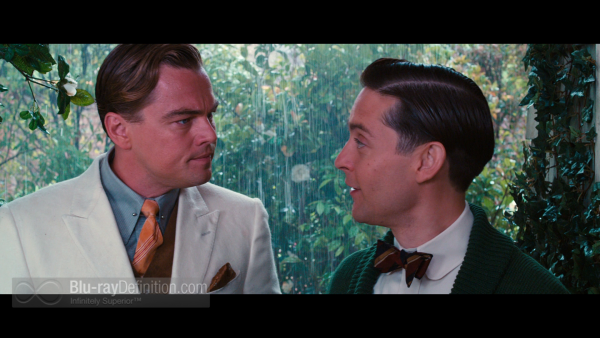 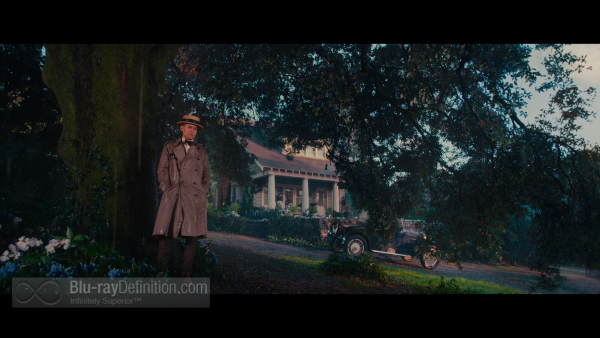 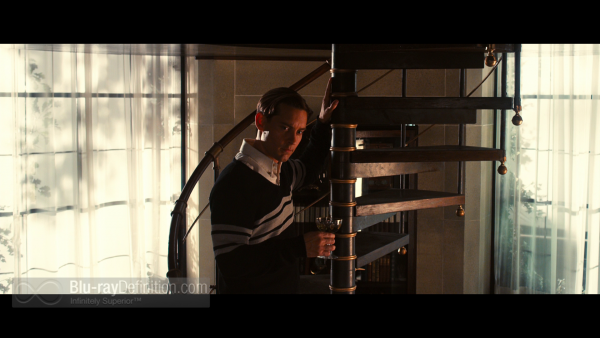 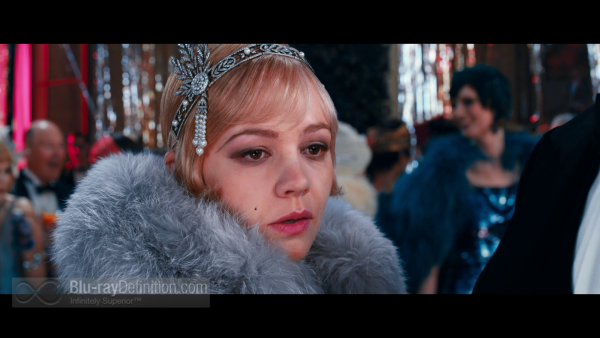 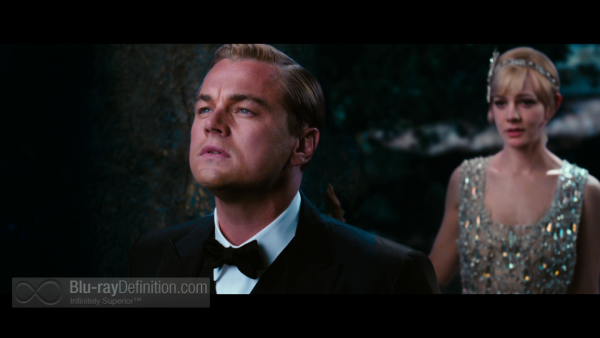 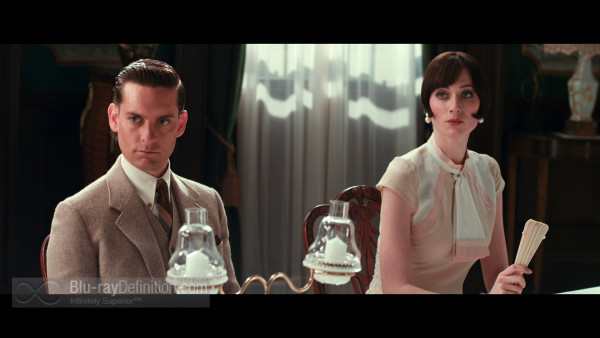 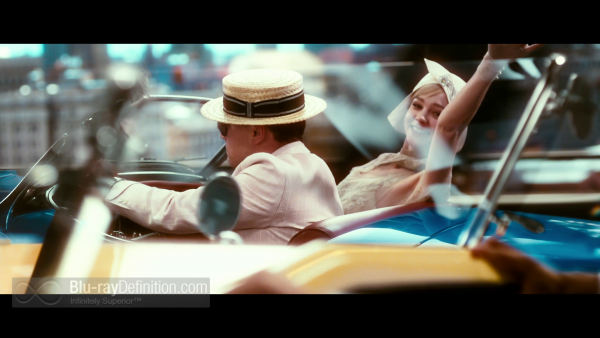