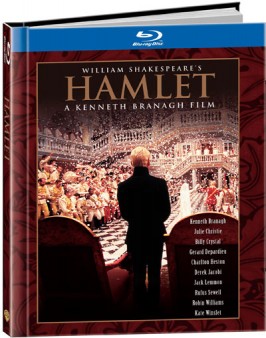 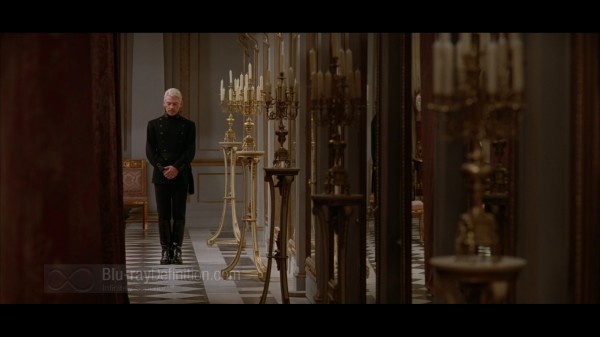 Hamlet, easily one of the most recognizable and quotable of Shakespeare’s tragedies, is made instantly accessible by Branagh’s brilliant interpretation on film. Modern audiences should eat up this classic drama filled with intrigue, murder, corruption, sex, revenge, and violence. The story of the Danish prince bent on avenging the murder of his father, Hamlet has given us so much language that has entered the common vernacular. “To be or not to be, that is the question,” “Something is rotten in the state of Denmark,” and “This above else: to thy own self be true,” are but a few of the common phrases that this play has produced.

In 1996, after nearly a lifetime of fascination with Hamlet and playing the role in three different productions, including for his own theatre company and in radio production with Sir John Gielgud, Kenneth Branagh finally filmed his own interpretation of Shakespeare’s longest play. It wasn’t just any production, it was to be the first time the full text was captured on screen; a four-hour long lavish production shifted to a Nineteenth century setting with England’s Blenheim Palace filling the role as Elsinore.

With an all-star cast filling the roles such as Derek Jacobi as Claudius and Kate Winslet as Ophelia and an opulent set of mirrors and gold, Branagh’s Hamlet, filmed on 65mm, is an ambitious undertaking that is both faithful to the Bard’s text, but also at ease on screen. It is a feast for the eyes as well as dramatically clear. Branagh’s use of flashback sequences aid in clarifying some of Shakespeare’s dense language and meaning, long open to interpretation, for modern audiences. 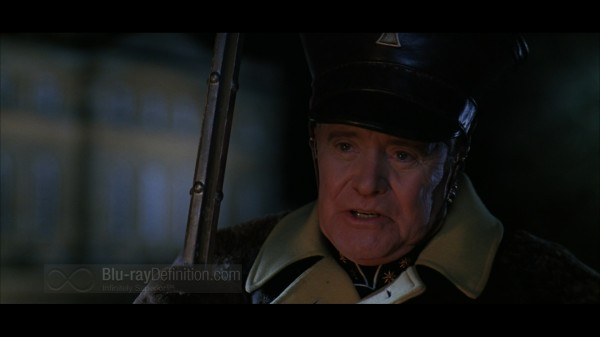 Captured in 65mm, one would expect Hamlet to have a very fine grain structure, look very clean, and exceptionally detailed. Well, this 1080p VC-1 transfer of Hamlet is nearly pristine. Grain is almost nonexistent to the point that the image looks like it was shot in HD. The film appears in its original 70mm projection aspect ratio of 2.2:1. I would say it looks a little too clean, like it has just had whatever grain there may have been scrubbed away. There is also an issue with the flesh tones, which are a bit inconsistent. Sometimes they are spot on, but in many cases they display a lot of red push leaving people looking far too pink. This push does have the effect of making the lavish colors of Elsinore look even more spectacular, however, but it is a trade off I’d rather do without. 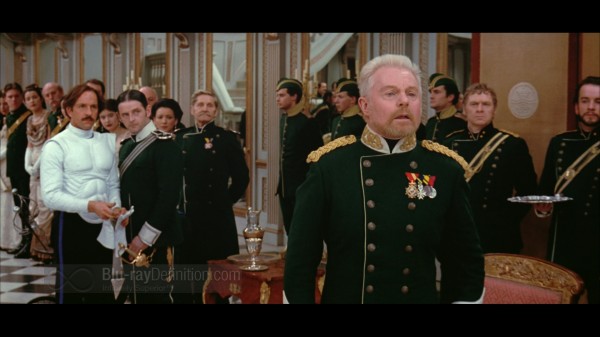 One cannot expect an aggressive, hyperactive mix from this DTS-HD Master Audio 5.1 soundtrack; this is Shakespeare after all. Instead, the soundtrack offers up a wide soundstage across the front with good dynamics and clean dialogue. There is ample ambience in the surround channels, though there could have been more. The beautiful score by Patrick Doyle is marvelously mixed in with the dialogue and shows a surprising amount of low end. 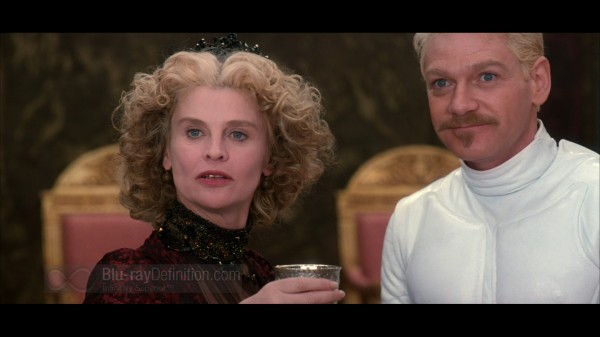 If it is not an affront to your Shakespearean sensibilities, then you must watch this film at least once with the excellent audio commentary turned on.  All other supplements on the disc feel very promotional in nature and may not be worth the time. 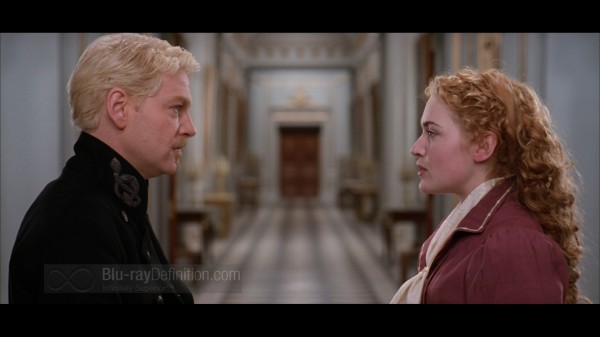 Branagh gave the cinematic world the first full text version of Hamlet and in doing so he also gave us, arguably, the definitive film version of this tragedy. Its 65mm widescreen production and four-hour running time make it appropriately epic in scope and the powerful performances by Branagh as Hamlet and the rest of the heavyweight cast make this version a must-have film. The Blu-ray looks and sounds pleasing enough and makes the lavish set sparkle in high definition. 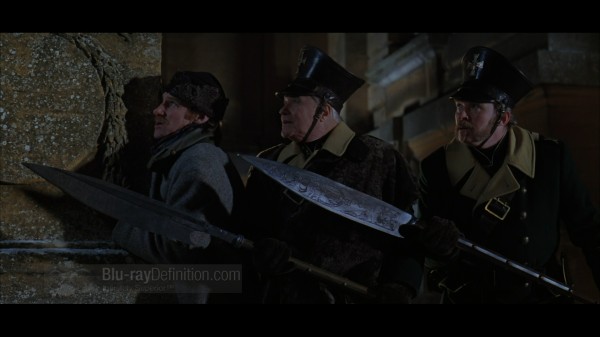 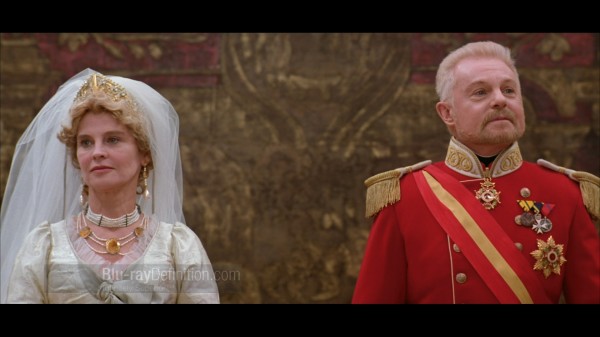 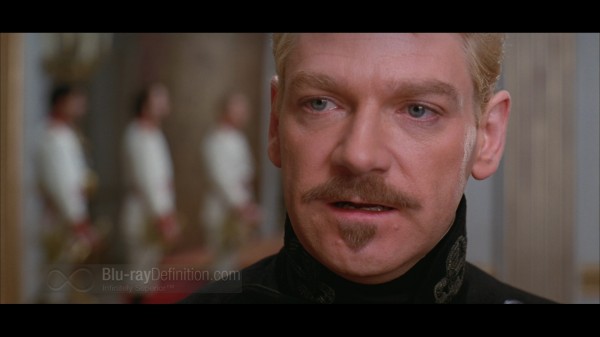 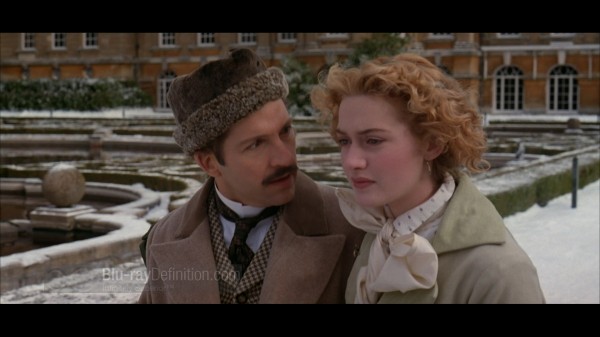 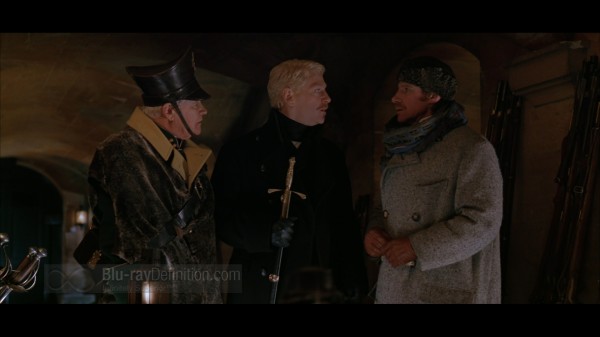 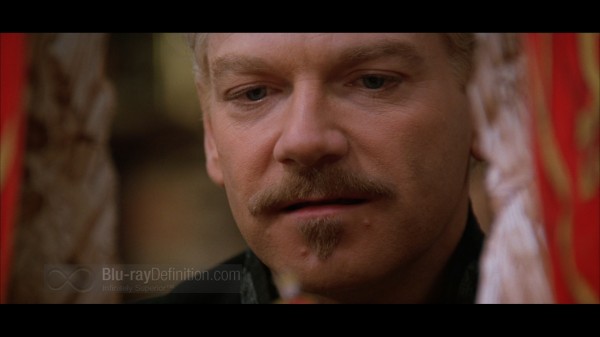 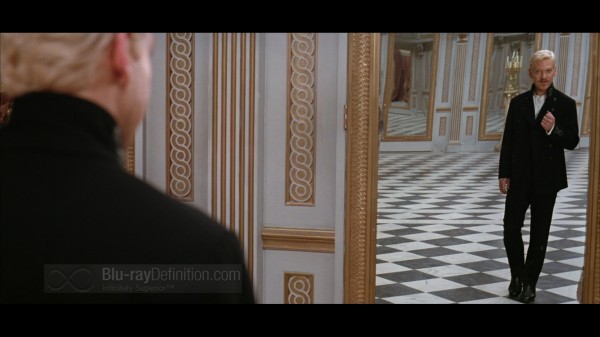 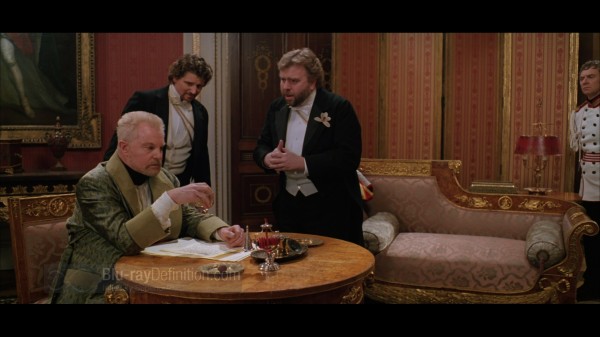 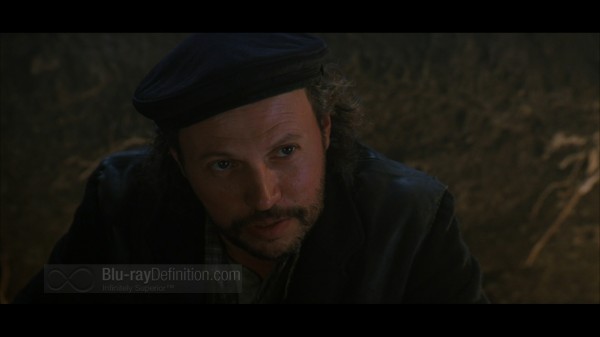 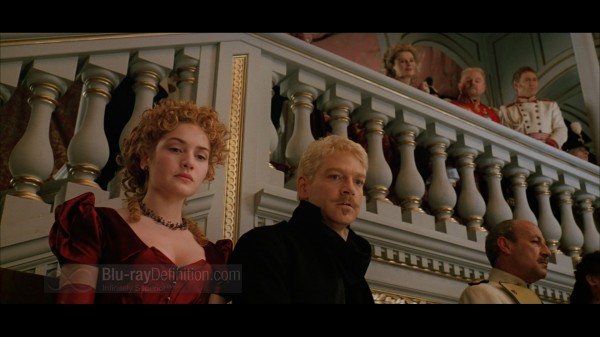