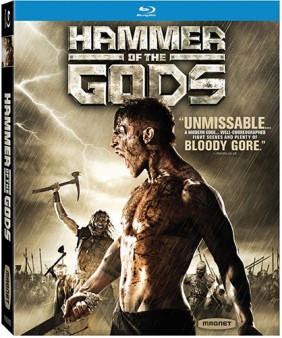 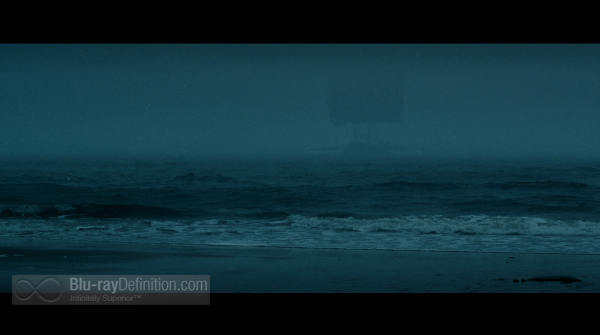 A period epic set in the 9th century, Hammer of the Gods is somewhat misleadingly titled, given its very earthbound narrative. The story, written by Matthew Read and directed by Farren Blackburn, follows a fierce but uncertain of himself viking named Steinar (Charlie Bewley) who is sent on a quest by his dying father, King Bagsecg (James Cosmo), to find his fearsome and legendary brother, Hakan (Elliot Cowan), to lead and unite their people. The quest across a hostile England brings challenges, both physical and spiritual, as Steinar rejects both the Norse gods of his people and the new, emerging Christian God of the emboldened Saxons who have been fighting back against the invading viking hordes with ferocity. Steinar also finds conflict within the ranks of his own fellowship, as some on the journey with him, including longtime friend Hagen (Clive Standen), question the loyalty of his half-Saxon brother Vali (Theo Barklem-Biggs), while the superstitious Jokul (Guy Flanagan) questions his renouncement of omens and the gods.

While the film is visually stunning courtesy of some fine location shooting and cinematography from Stephan Pehrsson, the narrative never rises above a simplistic adventure flick. It never reaches the dramatic heights of other films in the genre, like the extended edition of Ridley Scott’s Kingdom of Heaven, and stays about a level below Antoine Fuqua’s underwhelming King Arthur.

However, the core of the film is the journey of Steinar as an uncertain leader to fearsome ruler, and this is, admittedly, handled deftly by Read and Blackburn. By the time we reach the rather twisted finale, we have witnessed a slow-building metamorphosis of Steinar from, if not a man to a god, certainly a man to a cutthroat ruler, supremely portrayed by Charlie Bewley. 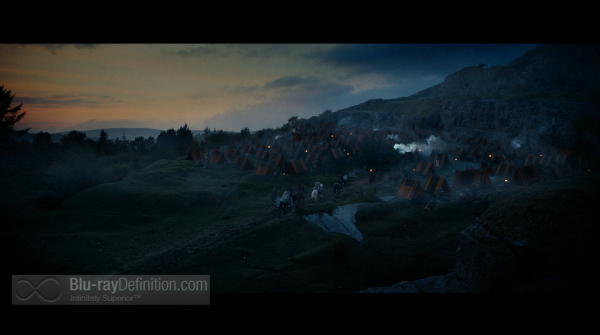 Hammer of the Gods is an incredibly film-like high definition production shot on the Arri Alexa in the ProRes 4:4:4 (1080/23.976p) format. The AVC/MPEG-4 1080p encodement on Blu-ray from Magnolia’s Magnet label looks as good as it can be, free from digital anomalies and compression errors. The image does tend to look somewhat dull at times due to the production, but detail is so crisp on close-ups and shadows nicely extended, it’s easily overlooked. 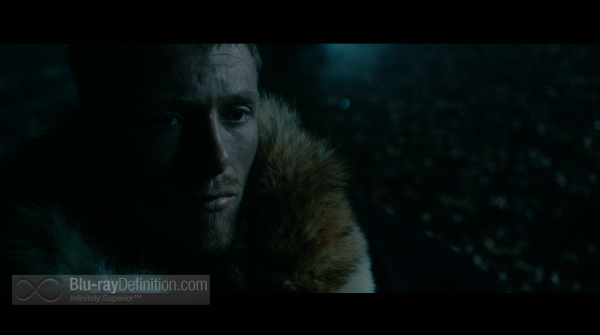 Provided with a DTS-HD Master Audio 5.1 (48kHz/24-bit) mix, the sound here is a bit of a letdown for this sort of film. Activity in the surround channels is limited, low frequencies don’t extend down to the very lowest frequencies, and the high frequencies sound jarring in what is an electronic-based score. Thankfully, dialogue is full and natural and free from clipping. 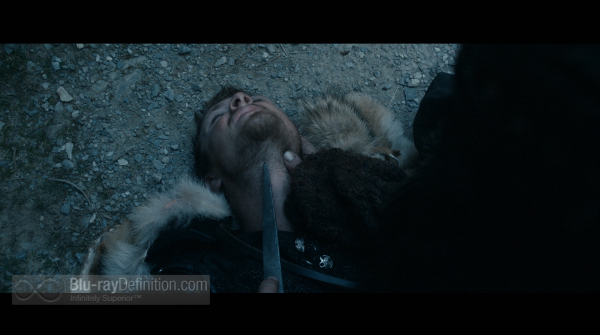 Nothing on offer here goes beyond the typical promotional type material. It isn’t really necessary viewing. 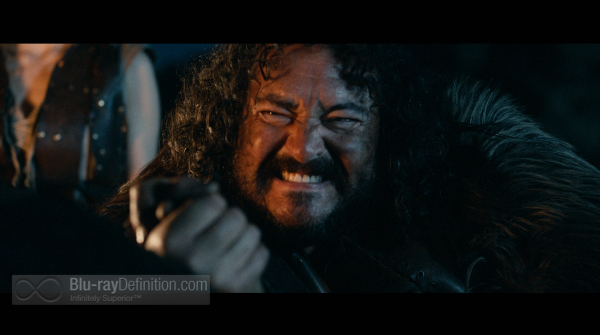 Hammer of the Gods may not deliver on the promise of its epic, otherworldly title, but as an often brutal, always visually stimulating pieces of period escapism, the film fits the bill quite well as a weekend rental. As an aside, Hammer of the Gods was originally released over the internet, before making the film festival rounds. Now its available in a strong Blu-ray release that comes highly recommended for its visual quality. 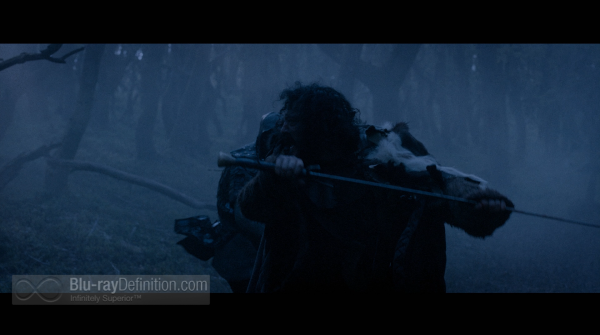 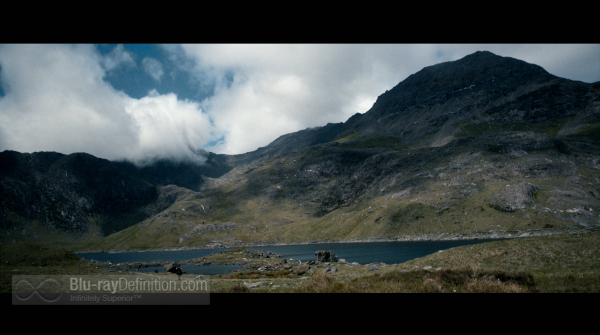 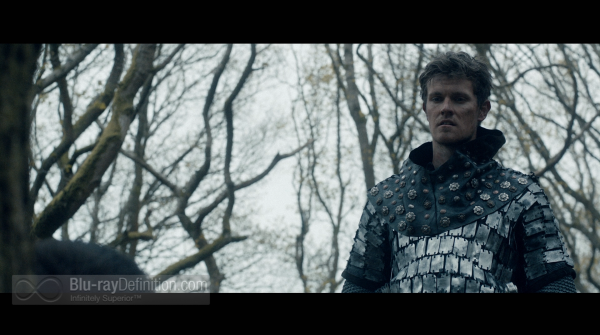 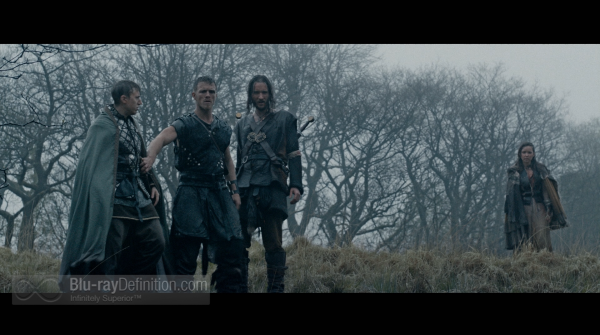 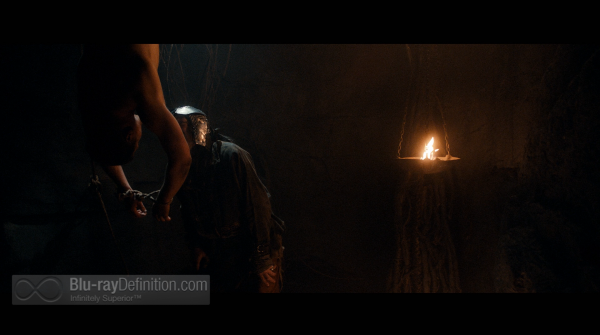 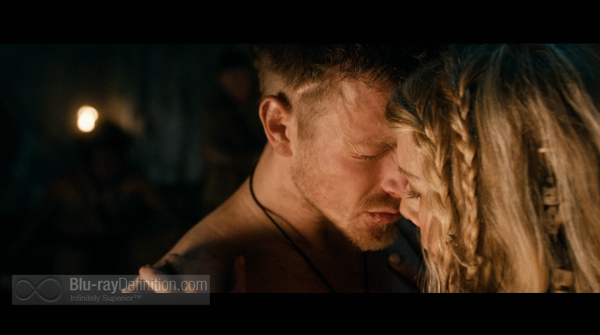