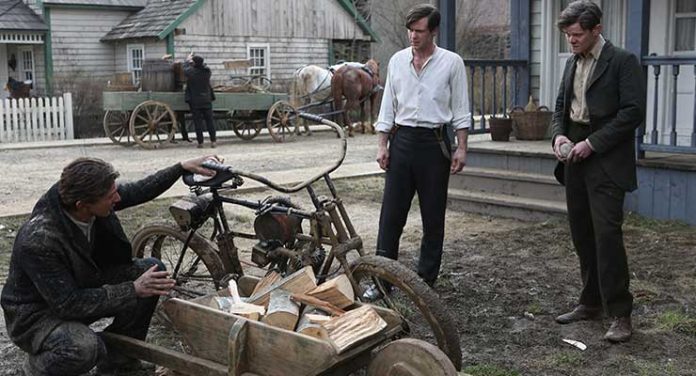 This three-part Discovery Channel miniseries averaged 4.4 millions viewers per night and is the most watch single network miniseries in three-and-a-half years. Harley and the Davidsons is an idealized recounting of the early years of the iconic Harley Davidson motorcycle company, from its formation by brothers Walter (Michiel Huisman) and Arthur (Bug Hall) Davidson and engineering student Bill Harley in small shed, through their bitter rivalry with fellow American motorized bicycle manufacture Indian, led by George Hendee (Philip Brodie), their eventual financial struggles during the Great Depression and eventual dominance of the motorcycle market and invention of the Knucklehead.

While the series is certainly a boon to fans of the “Harley” and other classic bikes, of which there are plenty to be seen in the three episodes here, there is a certain idealistic tack that is taken of the Harley Davidson mythos of rugged individualism throughout. This makes the series less biopic and more myth making that feeds into the pop culture cult of personality and idol worship. Sure, it’s great fun for bike lovers, but nothing more than that. 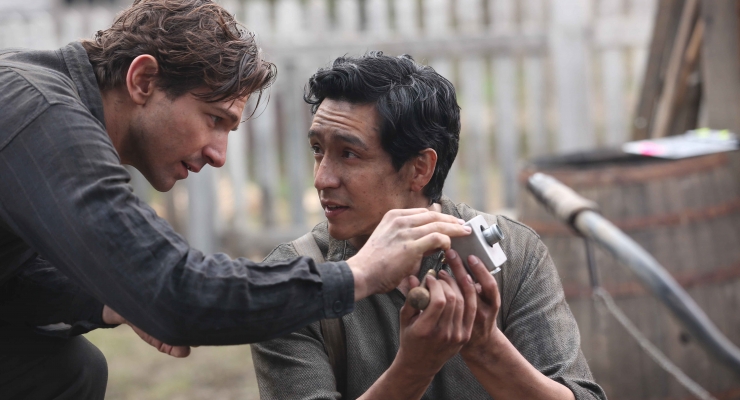 Something is just terribly wrong with this AVC 1080p encodement of Harley and the Davidsons, framed at 1.78:1 here on Blu-ray from Lionsgate. While the colors look natural in that authentic, historical way they are going for, but there is softness to the image and problems with motion artifacts and stairstepping around edges that looks to be inherent to the source. It becomes quite distracting after a while.

The packaging for Harley and the Davidsons lists a lossless DTS-HD Master Audio track, but I got a lossy Dolby Digital 2.0 stereo track as the only option on this Blu-ray release. It was disappointing, but reasonably listenable. The high end was a little fatiguing and dynamics not quite as good as they should be, especially handling the rumble of the bike engines.

There’s nothing much to the making of featurette, but the forty-minute Biketacular featuring a countdown of the top 20 bike builds of all time is a must-watch for any motorcycle enthusiast.

The miniseries hits on certain historical facts in the Harley Davidson legend like their rivalry with Indian, the creation of many classic models, their awarding of the first black-owned motorcycle dealership franchise, while simultaneously feeding the myth that surrounds the brand. It seems impossible to separate the two, but this miniseries is more a fun look at the mythology that an in-depth exploration of the real people who started it all. The Blu-ray Disc itself is very disappointing in both picture and sound.