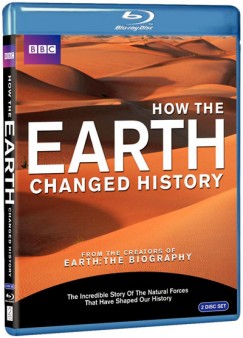 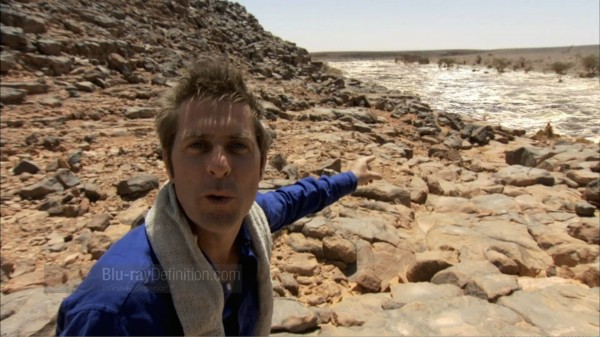 Ian Stewart first brought us Earth: The Biography, which told of the Earth’s development, its various stages and how it has affected the biology on our planet. Now he has taken a slightly different tact with his latest endeavor. How the Earth Changed History is the story of how Earth’s massive geological forces have influenced the history of mankind.

Told through the excellent HD camera work of the BBC with Stewart’s usual narrative passion, he breaks the tale into four parts, defining how each geological force left its imprint on our society, leading us from the dawn of the earliest civilizations right up to the modern era, where man has finally cast a tight net around the globe.

Spread across two discs, the episodes are as follows:

“Deep Earth”: Explores how people subconsciously migrated toward areas near fault lines, which contained rich deposits of minerals, thus influencing the areas where civilizations sprang up and their ultimate demise.

“Wind” — Wind defines how the Earth’s wind patterns and jet streams led to trade routes, riches for some, colonization, wars, the beginnings of globalization, and eventually, the slave trade.

“Fire”: With the discovery of fire, humans were able to take control over their environments, clearing huge areas of land, farming, creating metal tools and money. Fire also created coal for fuel and industrialization.

“The Human Planet”: Finally, with man in control of his planet and resources, the human era of tool making, farming, globalization, and environmental hazard is born. 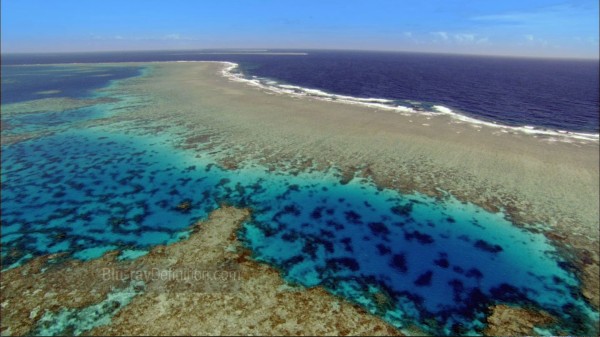 The 1.78:1 1080i/60 high definition source for How the Earth Changed History shows up on this Blu-ray release in an AVC/MPEG-4 encoding from the BBC. Detail resolution is not quite where we would like it to be for this documentary. There is a soft “hazy” look over the picture, although things do look clean. Nothing is ever as sharp as it could be. Add to that the varying quality of some of the sources, and How the Earth Changed History is not absolute reference nature documentary material. It does also seem to suffer a bit from motion judder. I’m assuming it was originally captured at 50i and converted to 60i for this release and that is what I am seeing. On the positive side, the original HD looks lifelike and colors are strong with vibrant greens and natural flesh tones. 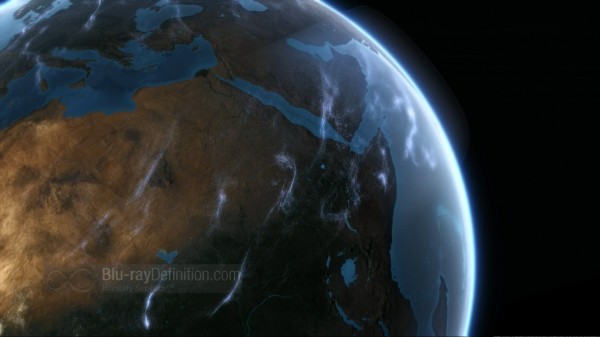 How the Earth Changed History has been given a competent and reasonably lively English DTS-HD Master Audio 5.1 lossless mix. The surround channels often come alive with the sounds of rainstorms, rushing waters and howling winds, but low frequencies are not very extended. The sub only offers a mild boost in the lower-midrange. The dialogue is big and clear in the center channel, however, and dynamics are reasonably wide. 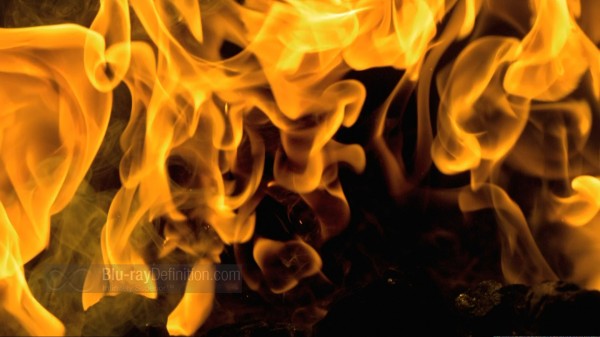 The supplements are meager on How the Earth Changed History, with only a few extremely brief featurettes that find Ian Stewart discussing some of the more extreme adventures on his journey in interview segments: 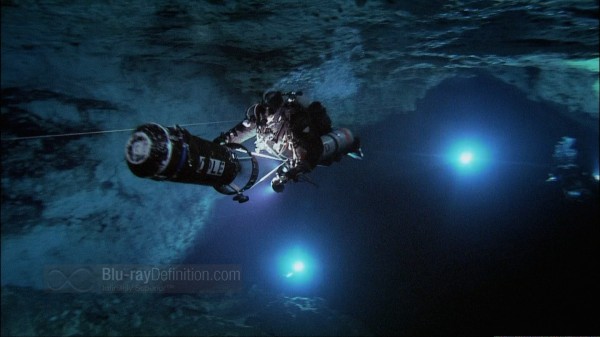 How the Earth Changed History puts forth an interesting thesis on just how much our planet’s geological forces are tied to the way our race’s society has evolved. It is intriguing to watch and passionately narrated by Ian Stewart. A definitive must have for nature documentary enthusiasts and history buffs. 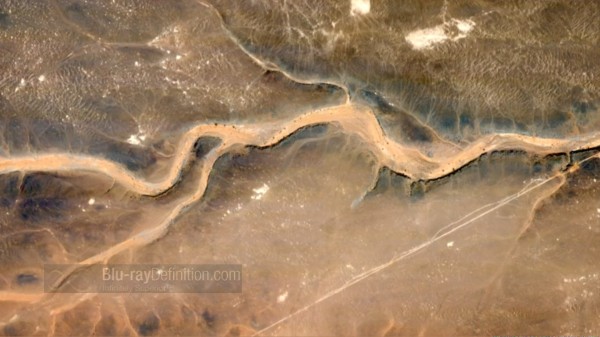 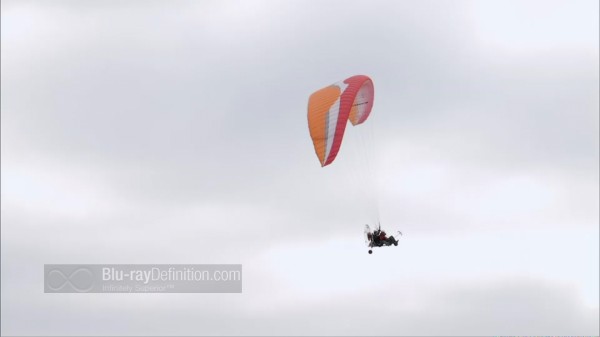 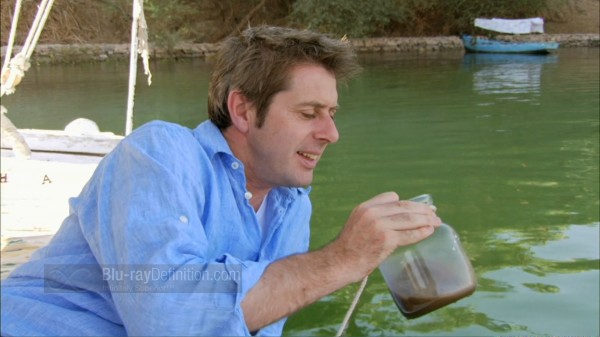 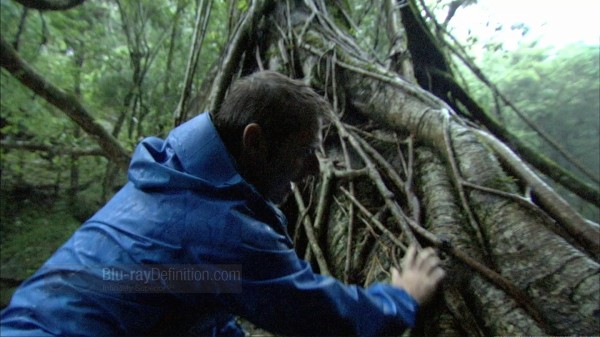 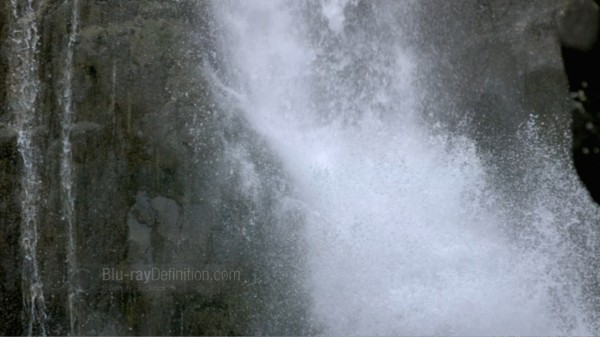 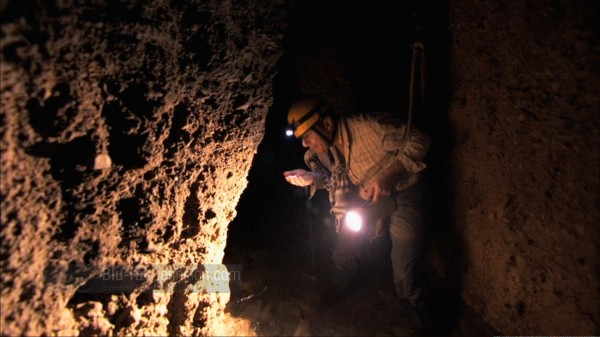 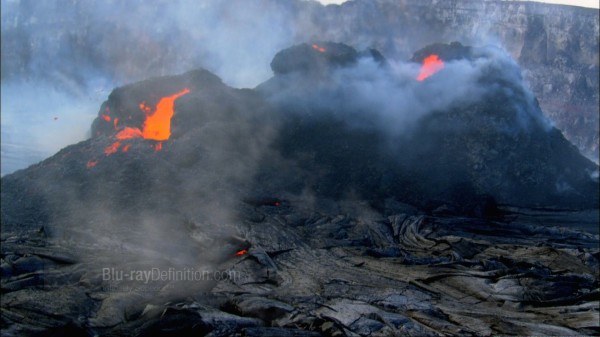 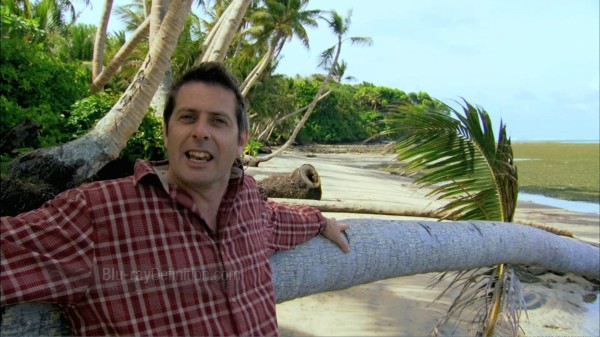 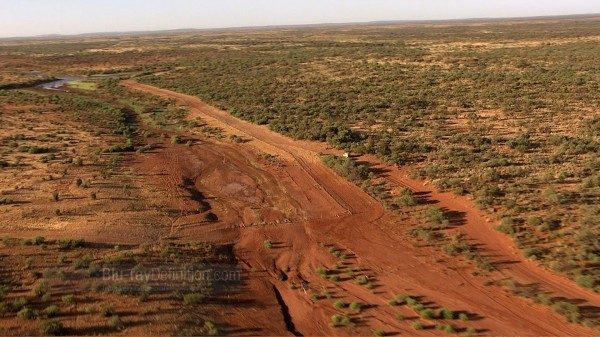