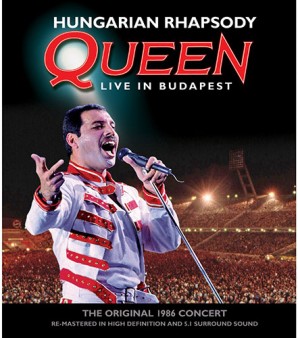 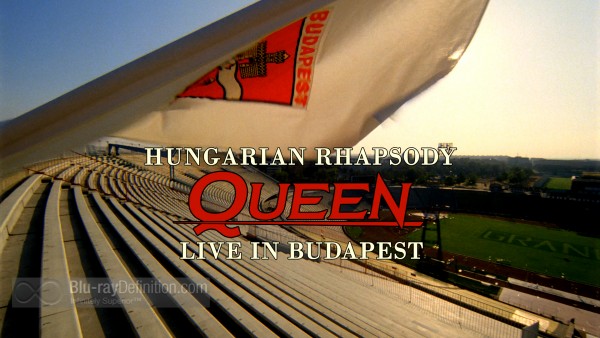 Queen were one of the largest rock acts to come out of the 1970s, stringing together numerous Gold and Platinum records that would give the world hits like the operatic “Bohemian Rhapsody,” “We Will Rock You,” the disco-tinged “Another One Bites the Dust” and David Bowie duet “Under Pressure.” But by 1985, the band’s popularity had begun to wane somewhat, especially here in the United States. In fact, I recall quite vividly that their albums were only available on CD in the U.S. As imports until Disney’s Hollywood Records began a reissuing program in the early ’90s. Of course, part of their resurgence by the beginning of the ’90’s, Freddie Mercury’s untimely death notwithstanding, was the band’s brilliant show stealing performance at 1985’s Live Aid benefit concert broadcast around the world. Interest in the veteran rockers surged, and Queen, who had previously announced a sabbatical from recording, instead headed back into the studio and launched a worldwide stadium tour.

That tour, the Magic Tour, would culminate in the 1986 show at the Népstadion in Budapest, Hungary in front of 80,000 joyous and enthusiastic fans. It would be the first concert staged behind the Iron Curtain by a Western rock act, and the night, as evidenced by this release of the film captured by Hungarian director and cinematogrpaher János Zsombolyai, was magnificient.

The always magnetic and charismatic frontman Freddie Mercury powered the band through a hot set of greatest hits including “Radio Gaga,” “Love of My Life,” and “Crazy Little Thing Called Love” with little time to take a breath, there’s plenty of energy here, and no filler. Zsombolyai’s direction mixes things up with a good amount of variations in camera angles and edits, but never becomes too frenzied, a major plus considering this is the MTV era. The film also captures some behind the scenes footage of the band and band members just hanging out around the town on their own, which adds in a nice casual touch. Missing from the Blu-ray track listing is “Another One Bites the Dust,” but it does appear on CD 1 of this Deluxe Edition Blu-ray + 2-CD set. 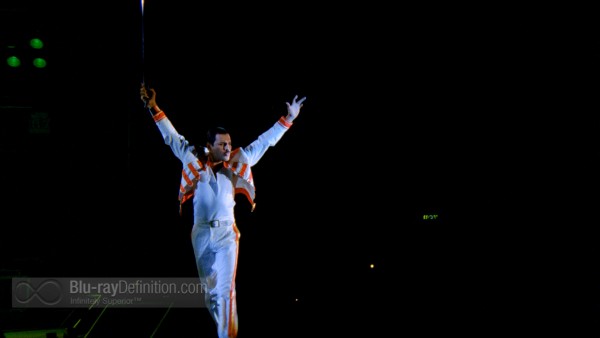 The concert has been remastered to HD from a 35mm interpositive and arrives on Blu-ray in a 1080p/24 AVC encodement from Eagle Rock Entertainment. Given that it is a concert film, which are always difficult to make look great, and it hails from 1986, I’d say that Hungarian Rhapsody – Live in Budapest looks very good in this new Blu-ray edition. The contrast is superb, texture and detail is strong, grain is at times a little heavy, which is perhaps unavoidable given the variances in lighting, but blacks can look downright inky. In all, the image is natural and devoid of major source damage flaws or processing issues, which makes it a well above average concert disc. 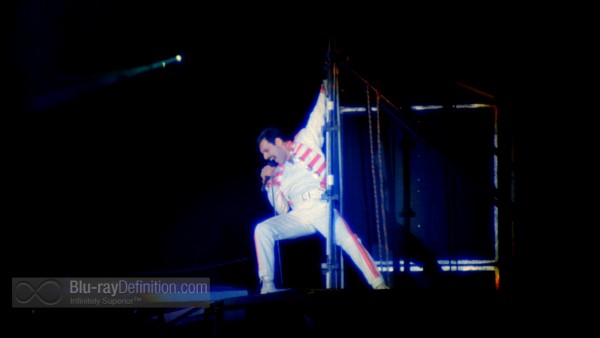 Oddly enough, this release has been given a 5.1 mix in the rarely seen lossy DTS-HD High Resolution (96kHz/24-bit). Why they’ve opted for this, admittedly high-bitrate, but still lossy option over a true high resolution lossless codec like DTS-HD Master Audio or even Dolby TrueHD is rather perplexing. Still, I have to say that the DTS-HD HR mix is darned good, perhaps only sounding a bit dull or less than airy in the high frequencies. That most likely has less to do with the codec than the source and mastering. Low frequencies are deep and musical, the midrange punches you in the gut, and Freddie Mercury’s vocals are full and clean, out front in the mix, but not too forward. Separation of instruments is very good, especially when Brian May starts soloing. A stereo LPCM 2.0 (48kHz/16-bit) track is also included, but it is mislabeled on the disc menu as being 24-bit. It is also quite fine, but doesn’t quite have the same impact as the surround mix. It will, of course, be more than satisfying for stereo fans, but it isn’t hi-res. 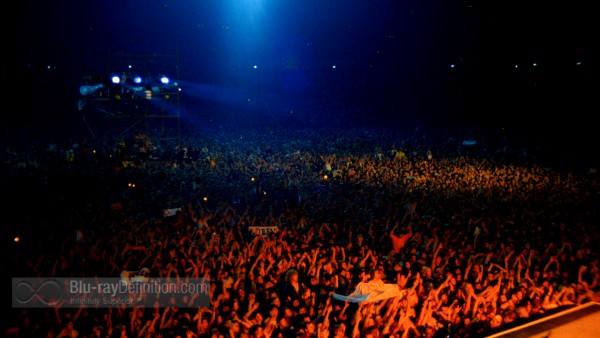 A good half-hour-long documentary about the band’s Magic Tour is included. 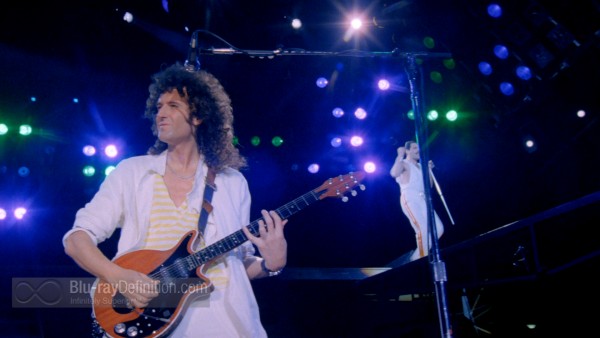 Man, this is what rock and roll is about, and they don’t do it like this much anymore. Queen totally rocks out in this classic 1986 show, the last live concert the band would perform with Freddie Mercury. Highly recommended. 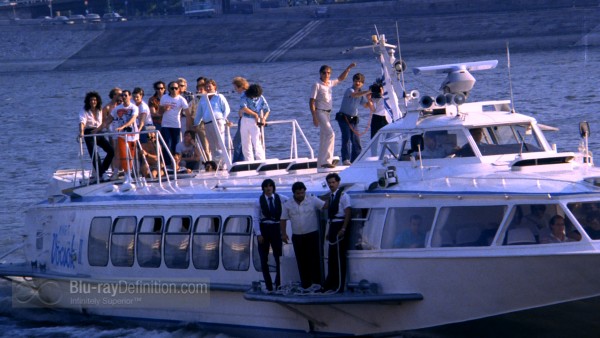 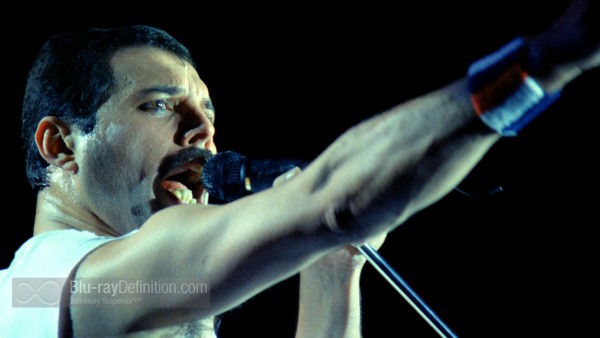 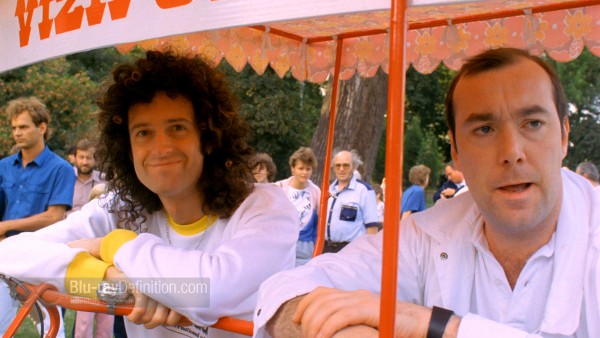 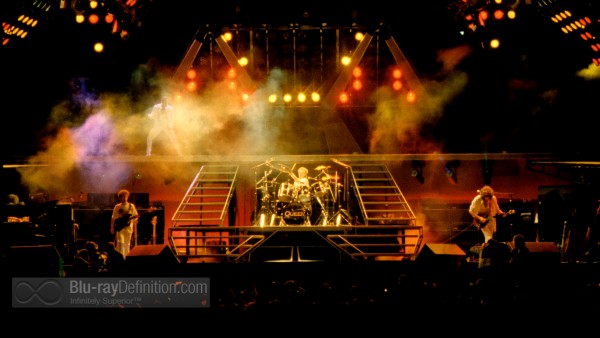 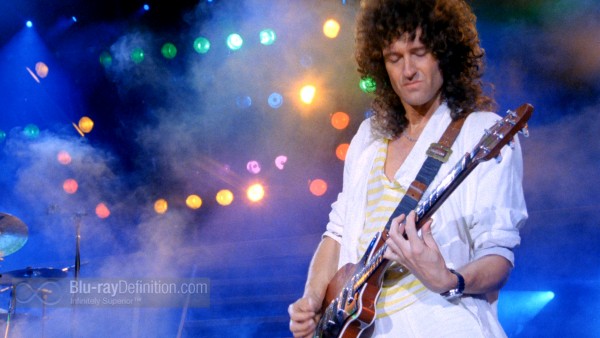 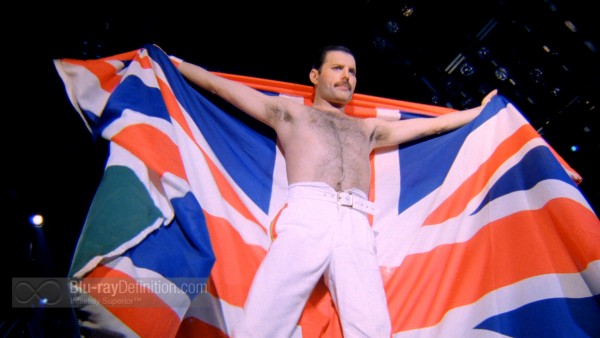 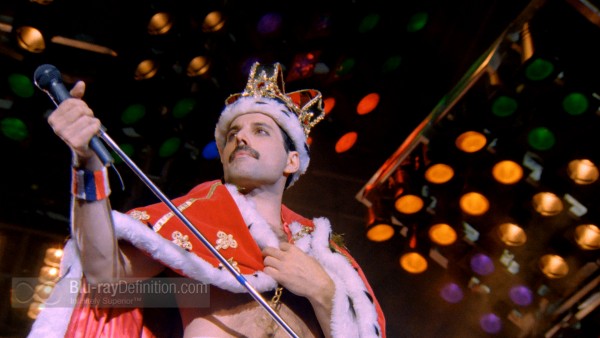