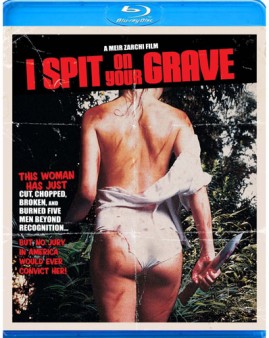 Purchase I Spit on Your Grave: Director’s Cut [1978] on Blu-ray at CD Universe 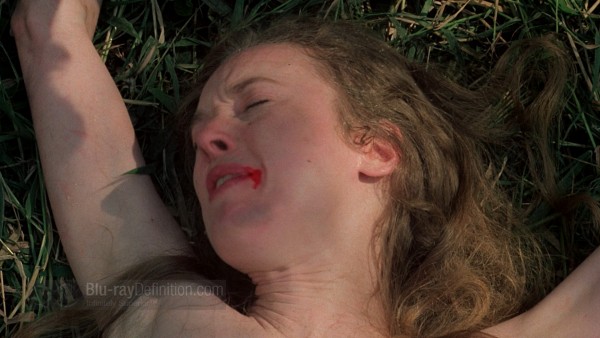 Here it is folks, writer/director Meir Zarchi’s 1978 original, I Spit on Your Grave (originally titled, “Day of the Woman”). This infamous exploitation film is and was so vivid in its depiction of gang rape and the subsequent “rape revenge” that it was banned in many countries around the world. Is it worth all the hype? Not by a long shot.

Surely, the movie itself is quite vivid in its depiction of a woman (Camille Keaton) being brutally raped by four men, one of them seemingly mentally challenged, but in all honesty, how this could ever have been called “Day of the Woman” is beyond me. The first hour is nothing but this poor, helpless writer from New York being raped in a secluded town in the country by a few townies so indistinctly defined as characters it’s not even worth it to run through them individually by name. She’s dragged through the woods, beaten, raped, sodomized, then, when she finally escapes back to her summer house, they are there again, to rape and beat her again. Then there is a brief respite from the incredible assault on this woman, in which she rests, recuperates, and plots her revenge. The second half of the film, she takes out her revenge on these dummies, who, apparently, are so numb in the brain, that she is able to seduce them into believing she doesn’t mind that they brutalized her and that she wants to have sex with them. Queue the hanging, emasculation, disembowelment, and axing.

I Spit on Your Grave is so horrendously written, filmed, and recorded, that what you are left with is nothing more than a series of violent scenes with no interconnecting plot. Any pretense that this is a feminist empowerment film is lost in the, oh, I don’t know, hour or so of its heroine being raped and nearly constant screen time in the nude. The fact that her revenge amounts to nothing more than elaborate seductions in which she actually willingly performs sexual acts with at least two of her rapists before she kills them doesn’t help either. 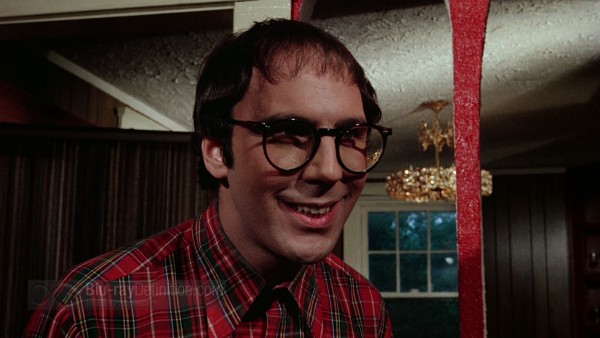 I Spit on Your Grave had poor production quality to begin with and one assumes that there was no extensive restoration process undertaken to bring this infamous film to Blu-ray. As such, the 1.78:1 AVC/MPEG-4 1080p encoding displays a lot of issues that make the video quality less than spectacular. There are varying black levels, that range from deep to washed out and almost greenish in color, grain levels are all over the place, detail drifts from sharp to soft, and flesh tones are also inconsistent. There is a lot of source damage that can be seen as well, from dirt and scratches to tramlines.

Still, for a film of this nature, I Spit on Your Grave looks a lot better than the sum of its parts while one actually sits through it, but it is certainly nowhere near the top of the list for catalogue releases on Blu-ray. 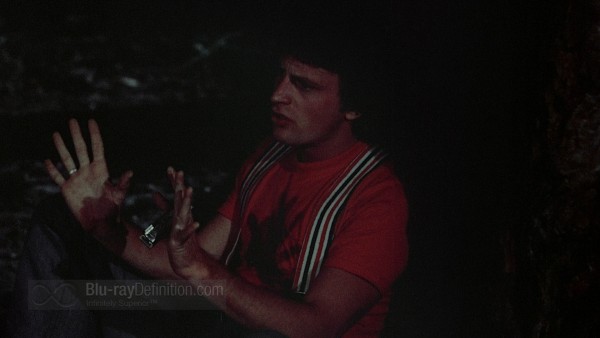 As the video quality goes, so does the audio. The Dolby TrueHD 5.1 soundtrack offers up nothing more than lots of incessant birdsong in the surround channels and terribly muddled sounding dialogue. In fact, the quality of the dialogue is wildly inconsistent, often sounding like people are speaking through tin cans. 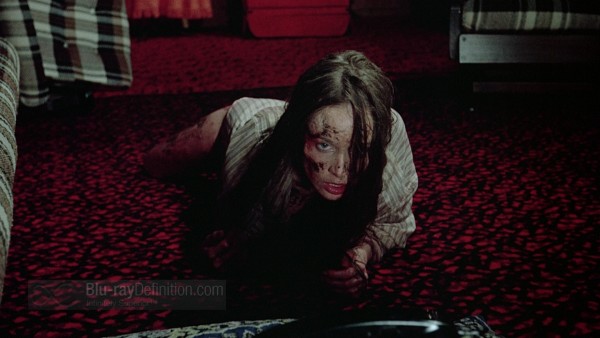 The strongest part of this release are the supplements that are supplied, even though all the video is only in standard definition. Two audio commentaries help put the film in historical context, including from the director’s point of view, and there are lots of trailers, TV and radio spots. 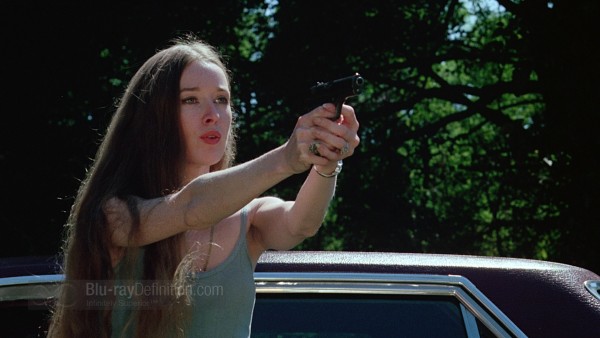 If you feel the need to see what all the hype is about, then save this one as a desperation rental, just make sure you can stomach it. 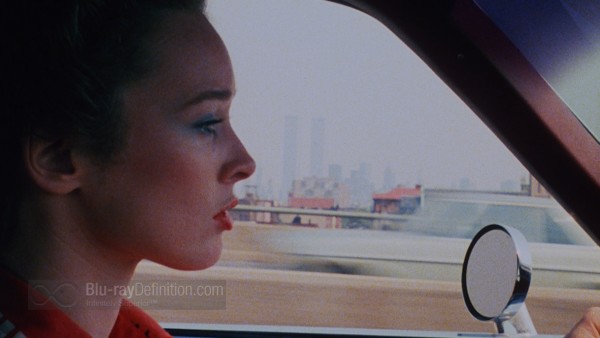 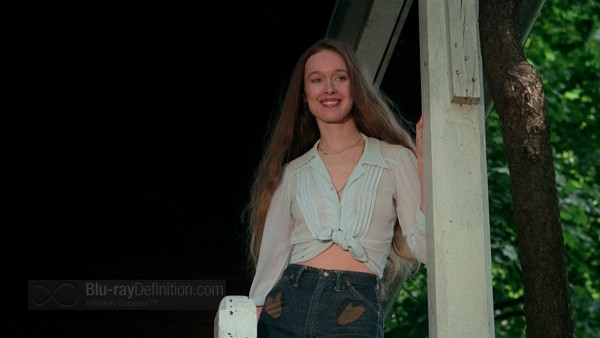 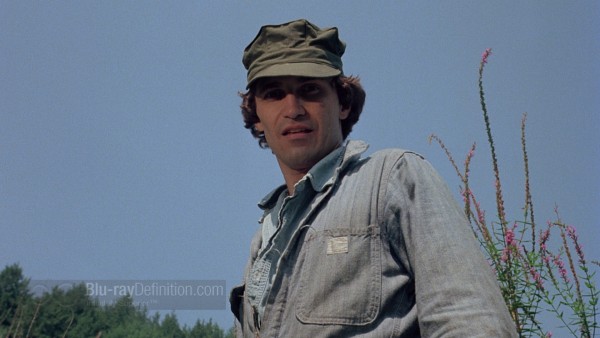