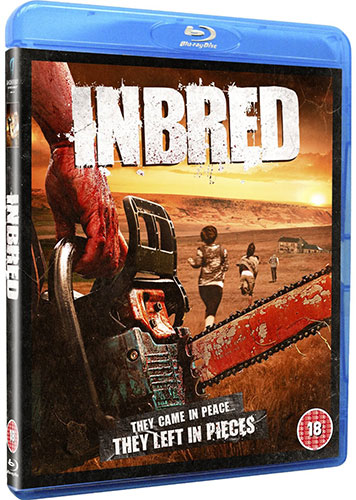 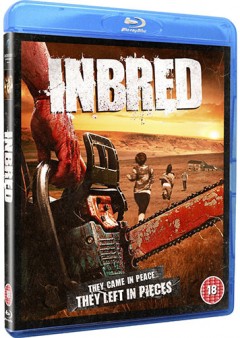 A shocking and graphic journey into the dark side, this piece of British horror from writer/director Alex Chandon is not exactly breaking new territory. It follows a typical storyline about a group of city dwellers, in this case two childcare workers, Kate (Jo Hartley) and Jeff (James Doherty) who take a group of teen criminal offenders on an outing to the Yorkshire countryside and encounter violent backwoods residents particularly antagonistic towards outsiders. What makes this film stand out is the sense of style that Chandon brings to this often used scenario. While the gore is all here and people die in all sorts of strange and graphically mind boggling ways, once the killing begins, an almost over-the-top, surreal, circus-like atmosphere dominates. In fact, the townsfolk  put on an actual circus of killing, so to speak, for their amusement. These sorts of films are always more about the sense of vicarious thrills, guessing how exactly someone is going to die, and how effective the filmmaker is at making you feel the pain, than they are about “horror” in the classic, supernatural sense. On those counts Chandon succeeds. Inbred isn’t all successful, however. The film takes a rather predictable track that just about anyone can see coming from the opening moments, and there’s no amount of torture porn than can rescue it from that incurable fate.

The AVC/MPEG-4 1080p encodement is clean and has lots of detail. It also handles blacks really well, a must in this shadowy horror feature. The detail extension in darker areas is fine while overall contrast looks quite strong. I can’t detect any digital anomalies or compression errors.

In many instances, a horror film is only as good as its sound, and fortunately, the lossless DTS-HD Master Audio 5.1 (48kHz/24-bit) soundtrack for Inbred (perplexingly labeled as “Dolby 5.1 in the menu) oozes with atmosphere. Sounds come from everywhere and the moody score swells subtly from all around. Little things catch your attention and there are lots of subtle sounds as well as loud surprises handled with great balance. If there is anything that keeps this soundtrack from being perfect, it is that dialogue doesn’t sound natural, having a distinctly boxy sound to it, and lows don’t extended to the very deepest parts of the spectrum, for those reasons I knocked a point off the final tally.

There’s a rather decent set of extras delving into the film’s production provided alongside this release, but you must be PAL and 1080i/50 capable to view them.

Strong, yet still not wholly unpredictable slasher film Inbred is saved by its over the top flare, practical special effects, and pretty good acting (for a horror film) all around. The Blu-ray from Anchor Bay Entertainment hits the mark and should make for a good amount of entertainment for anyone into the genre on the whole.