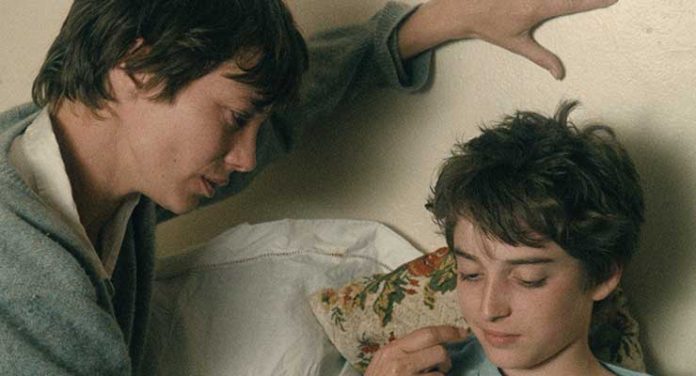 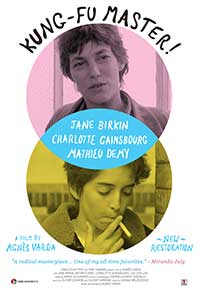 French filmmaker Agnès Varda, known for her work on documentaries such as The Beaches of Agnès (2008) and The Gleaners & I (2000), and Cleo from 5 to 7 and Vagabond, has had new 2K restorations from the original 35mm camera negatives done on two of her most notable works from the late ‘8os.

Jane B. par Agnès V. is a biography of sorts on the life and career of Jane Birkin. But, this unusual, expressionistic film follows Birkin through a series of scripted vignettes that reconstruct famous paintings, and show the actress in a series of fictional fantasy sequences while she coyly plays with the camera and reveals moments of her true self to Varda’s camera. The real and the fictional blend in one seamless, sometimes comedic, sometimes tragic dream world and it is left to us to decide what is real and what is art. It is a clever expression of the blurred lines between artist, subject, and consumer.

Kung-Fu Master! also known as Le petit amour This film with its deceptive title (it refers to a video game played obsessively by a fourteen-year-old boy) was shot during a break in the filming of Jane B.  par Agnès V. and is actually based on a story that Jane Birkin exclaimed she would like to do while filming that biopic. Birkin stars alongside her real-life daughters Charlotte Gainsbourg and Lou Doillon, and Varda’s son with late director Jacques Demy, Mathieu Demy, also stars. The controversial film focuses on a forty-year-old mother (Birkin) of two girls who falls in love with the fourteen-year-old classmate, Julien (Demy), of her oldest daughter. But, the question is, is it really love, or is she

just trying to regain her youth? And, for fourteen-year-old Julien, can he even understand the enormity of what he is taking on? Kung-Fu Master! is very European in its handling of the delicate subject of love and sex between a minor and an adult, almost matter of fact and elegiac more than it is judgmental, even though Birkin’s character does eventually suffer the consequences in the end. Kung-Fu Master! ran only briefly in the United States originally and has not been available since until now.

from Cinelicious. Having been able to pre-screen the two films theatrically in October 2015, I can say that the two discs in this release come very close to reproducing that experience exactly. There’s a very thin layer of natural looking grain, good detail and solid contrast.

Both films get restored DTS-HD Master Audio 1.0 soundtracks that are clean and intelligible with good dynamics for single channels mixes and no instances of clipping or noise.

These two Varda films arrive with gorgeous restorations on Blu-ray and ready for an American market to reawaken to their charms or learn about them for the first time.