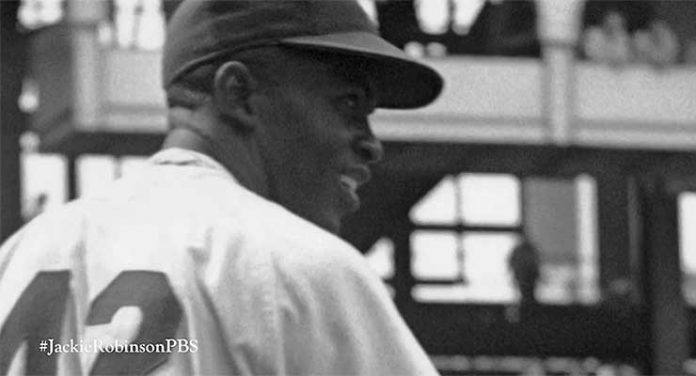 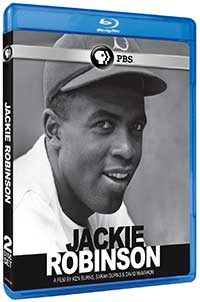 Ken Burns returns after his sprawling yet intimate portrait of the Roosevelts with an equally fascinating look at the legendary sports figure Jackie Robinson. This two-part, four-hour long documentary is a fascinating portrait of the man told in Burns’ usual style of archival footage, slow pans across riveting still images, and interviews with experts, fans, and relatives. What we learn in Jackie Robinson, is not only about Jack Roosevelt Robinson’s rise from humble beginnings to superstardom, or about his penchant for “turning the other cheek” as it were, when faced with enormous bigotry and racism, but that the man who would come to be known simply as “Jackie” was a fighter, a tireless fighter for civil rights, integration, and full equality for blacks in the United States. So much so that he would eventual begin to ruffle the feathers of sports writers that once supported him in the early years of his career and even of his own teammates. In later years, after retirement, he struggled with diabetes, but continued to fight for justice. Sadly, with new, more militant leaders on the horizon, Jackie would fall out of fashion with civil rights leaders and his own black community. Burns’ documentary is fascinating and one that paints a complete picture not of an untouchable sports god, but one of a man, flaws and all. That he returned to the subject of Jackie Robinson, even after touching on it in his epic Baseball documentary series shows how important Jackie Robinson is not just to sports, but to American history.

This documentary gets a fine, mostly black and white, 1080i/60 AVC encodement on Blu-ray that, despite being interlaced, looks quite filmic and natural with no real issues with artifacts outside of the unavoidable problems inherent to the archival footage and still photos used to tell this story. The contemporary interview segments in color also look really good, natural, and noise-free.

There are two main audio options, an English DTS-HD Master Audio 5.1 and an English DTS-HD Master Audi0 2.0 stereo version. There is also a stereo Spanish mix and an English DVS option. The 5.1 mix was rather pleasing with good spaciousness, but not obtrusive and unnatural. The stereo mix was also good and in no way sounded like a compromise for this sort of program. Both offered clear and full narration and dialogue and distinct panning of the effective sound effects, plus a balanced approach to including the marvelous jazz score.

The “conversation” with the filmmakers is the most interesting extra on offer here and in its somewhat brief fifteen minutes, does manage to be quite interesting and informative.

After his lengthy yet enthralling The Roosevelts, Ken Burns gives us a more concise yet no less absorbing documentary on the man who broke down the decades-long color barrier in Major League Baseball (contrary to popular belief, Jackie Robinson was not the first black player in major leagues, just the first after the “gentleman’s agreement” to bar them several decades earlier). Jackie Robinson is an outstanding documentary.