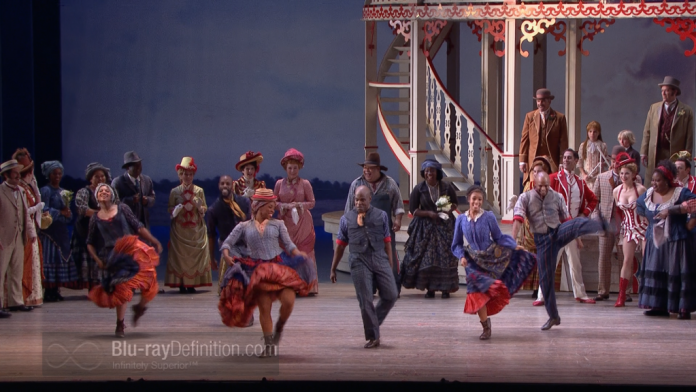 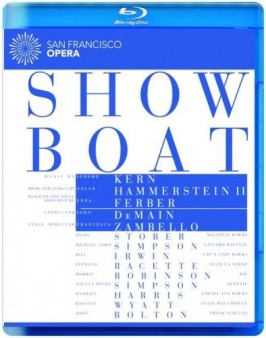 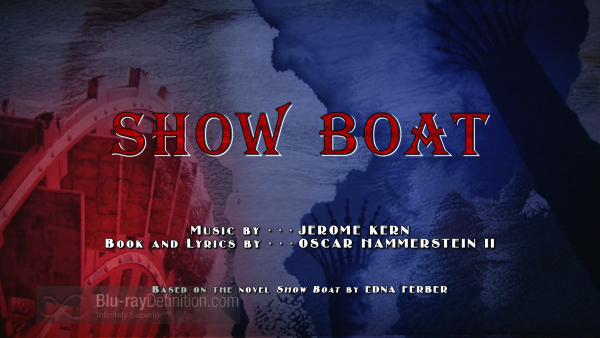 Show Boat is the granddaddy of big budget musicals with a large cast, memorable score, and a script that highlights the segregated post-Reconstruction South. Oscar Hammerstein II’s adaptation of the Edna Ferber novel was criticized for its portrayal of African-Americans. [NOTE: This version’s lyrics frequently use the N-word].  Laden with Jerome Kerns’s marvelous melodies, Show Boat has enjoyed many successful revivals since its 1927 premiere. This Blu-ray disc presents Francesca Zambello’s 2014 San Francisco Opera production and uses the original score with the 1946 revised overture. 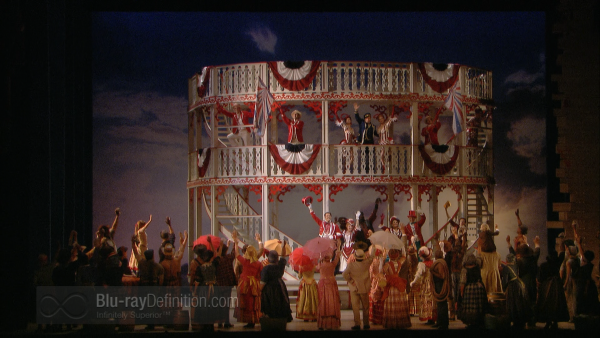 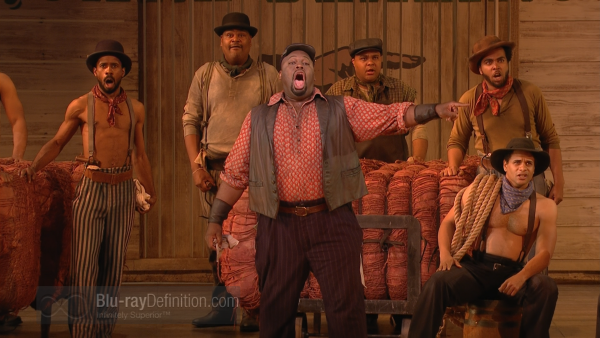 Pete, now fired, informs Ravenal that Julie is a mixed-race woman. Actress Ellie May Chipley (Kirsten Wyatt) relates this rumor to Steve who confesses to having “black blood” himself.  Armed with this information Sheriff Vallon tells Cap’n Andy that Steve and Julie must leave the company.  Andy successfully replaces them with Magnolia and Gaylord but when, during the play, actor Frank Schulz (John Bolton) grabs Magnolia, an overzealous audience member discharges his gun, requiring Cap’n Andy to end the show. Later, Gaylord proposes to Magnolia and, in spite of Parthy’s objections, they are wed. 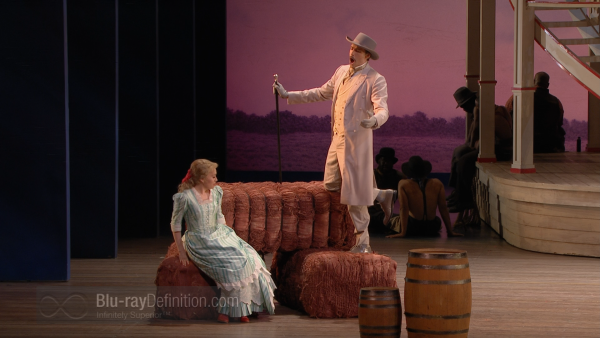 The scene shifts to the 1893 Chicago World’s Fair. The now-destitute Magnolia and Gaylord have a daughter Kim (Carmen Steele). Frank and Ellie, now married, have also moved to Chicago. The pair find Magnolia and Kim, deserted by Ravenal, and on the verge of eviction. Julie performs at the Trocadero Club but her heavy drinking has led to her being deserted by Steve and fired from her job.  Club owner Max Greene (Patrick Cummings) hears Magnolia sing and immediately hires her. 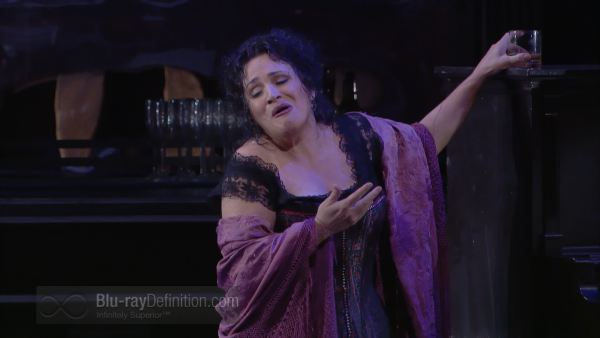 It is now 1927 and Magnolia has retired after a successful stage career in the Ziegfield Follies. The Cotton Blossom, again docked in Natchez, is the scene of a chance meeting between Ravenal, Magnolia, Kim, and Cap’n Andy. Gay pleads to be taken back, Magnolia forgives him, and their union is finally restored. 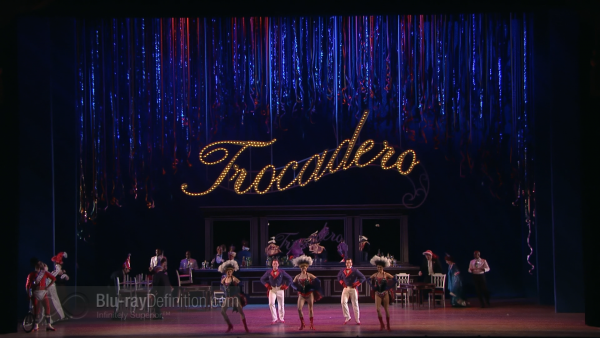 Several principal roles are assumed by legitimate opera singers such as Stober, Racette, Robinson, and Simpson; members of the SFO opera chorus fill out the cast. Bill Irwin’s slapstick physical comedy nearly steals the show but the true highlights are Morris Robinson’s “Ol’ Man River,” and Patricia Racette’s rendition of “Bill.” Veteran conductor John DeMain leads this superb cast through other iconic numbers such as “Why Do I Love You,” “Make Believe,” and “Can’t Stop Lovin’ Dat Man.” 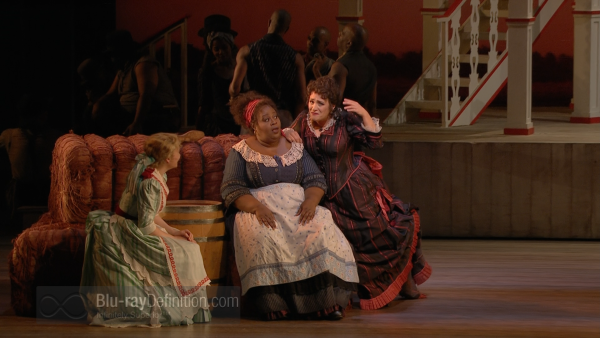 The period costumes and big sets are fabulous. Colors and details are superb, even when the stage gets a bit dark. Camera work yields the right mix of close up and distant shots, and always keeps viewers involved in the action. 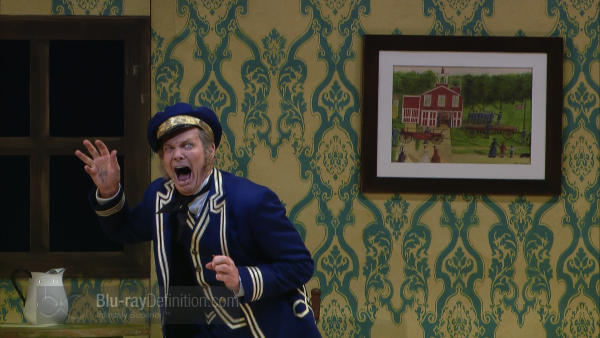 The DTS-HD Master Audio 5.1 version has plenty of ambience and audience effects. The miked singers sound more prominent than would have been the case “live” in the house. Every single word is heard clearly and with singing like we get here, you really do want to hear everything. Orchestral sound is full-bodied with good capture of instrumental details such as those of the solo guitar and banjo. The two-channel version yields to the surround version in atmosphere and depth. 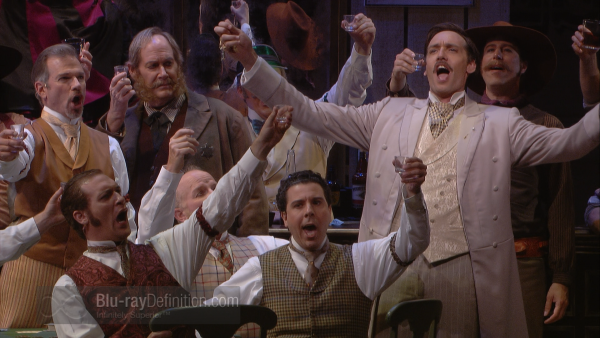 The program booklet provides cast and production credits, track listings, and a scene-by-scene synopsis. Informative background essays by conductor DeMain and director Zambello enhance our interest in this production. There is a series of brief interviews: 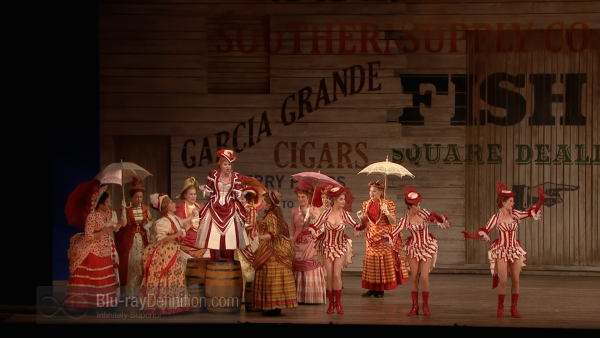 Some obvious plot weaknesses and dated dialogue aside, I have always loved Show Boat. The 1936 classic film (now on DVD) with the legendary Paul Robeson, remains a standard for this work, but in terms of sheer production values, this Blu-ray premiere is a must-get disc that will ensure many replays.  Highly recommended. 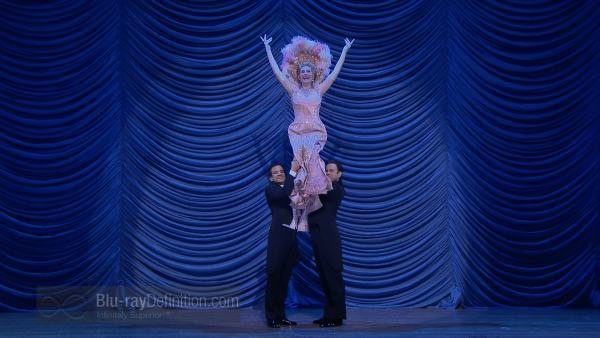 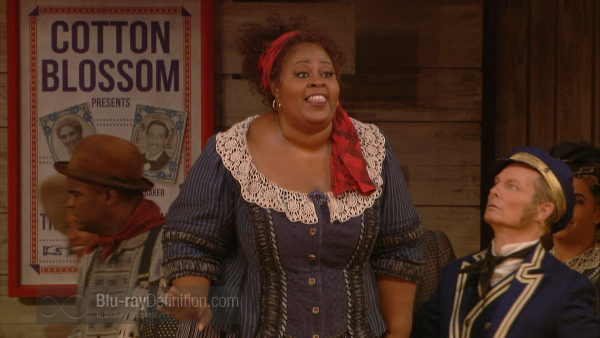 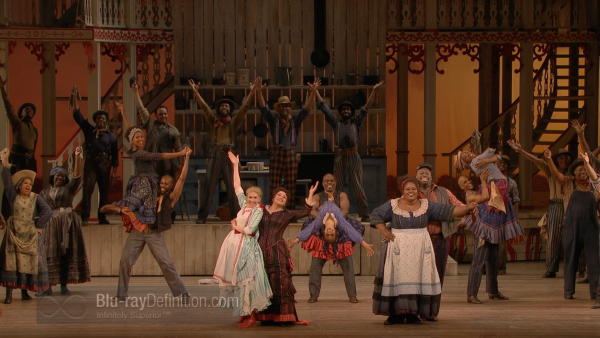 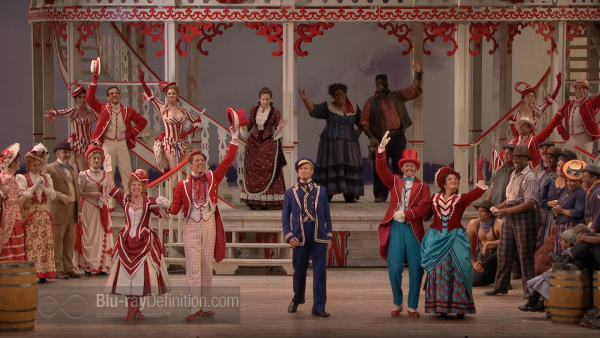 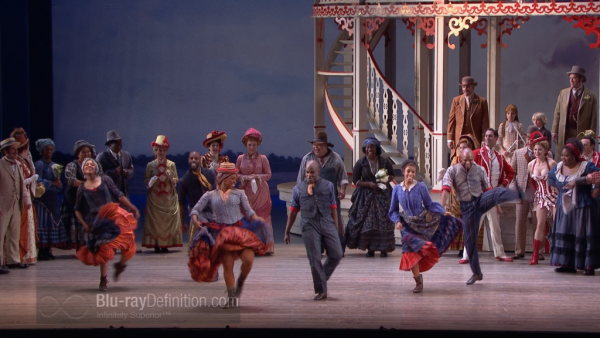 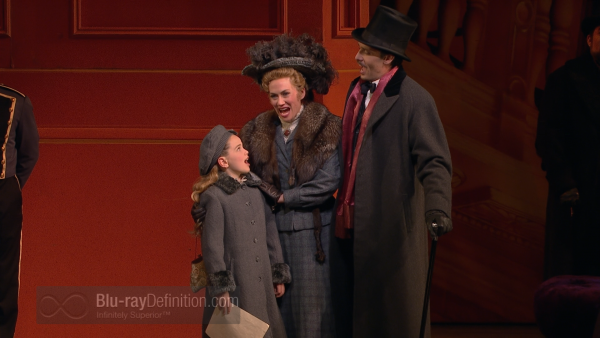 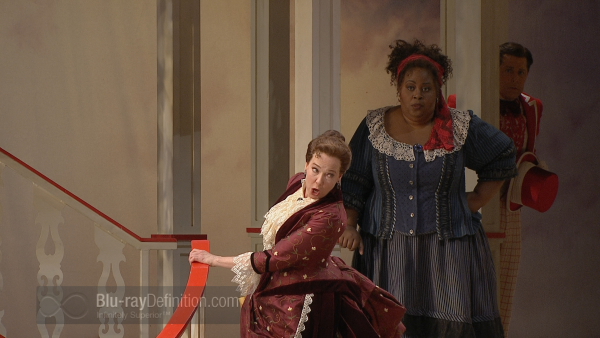 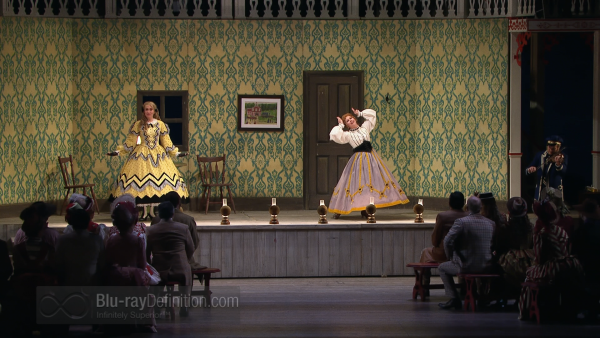 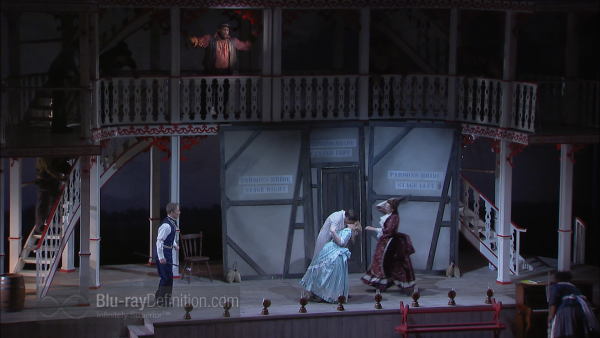 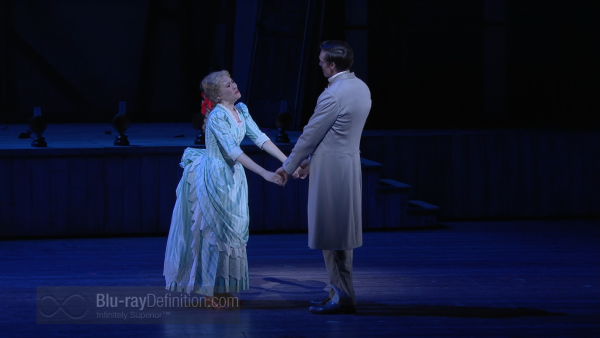 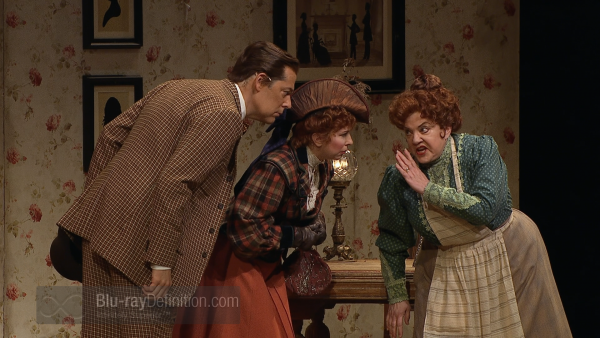