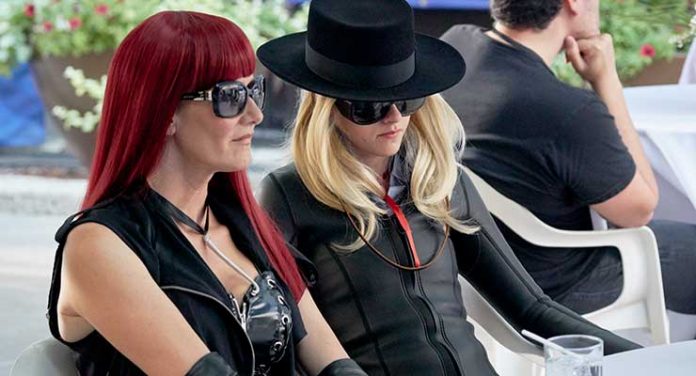 Directed and co-written by Justin Kelly, J.T. LeRoy tells the true-life story of an incredible hoax perpetrated by author Laura Albert (Laura Dern) as she convinces Savannah “Sav” Knoop (Kristen Stewart), the milquetoast half-sister of her boyfriend Geoff (Jim Sturgess)to become the living embodiment of her fictional character Jeremiah Terminator LeRoy. LeRoy becomes a popular figure amongst the elite, and Savannah herself becomes addicted to portraying the character and fooling people into believing he is a real person, but as J.T.’s fame increases and his public appearances become bigger events, with a film about him even being put into the works, it becomes more difficult for Savannah and Laura to continue perpetrating the hoax.

With a true-life story as complex as this, especially including a fictional character as eccentric as J.T., this film should be a gripping drama or even comedy/drama. Instead we get a film about as bland and unsure if itself as Stewart’s portrayal of Savannah Knoop in the film.

Laura Dern – who puts in the strongest performance here – steals every scene she’s in, coming in like a tornado portraying Laura Albert as a self-centered, imposing, con-artist who can easily slip into any character. But Dern is swimming upstream in a film that knows not where it wants to go. Is it a farce about easily fooled Hollywood elite jumping on the next band wagon? Is it a poignant exploration of female sexuality (Savannah as J.T. begins to develop an attraction for a female filmmake, portrayed by Dianne Kruger)? Or is it a study on PT Barnum syndrome – people will believe anything if you tell it to them loud enough and enough times? It’s all and none of the above. At the end of this film you’ll come away feeling dissatisfied and hardly filled, like drinking a half-filled can of warm diet soda. 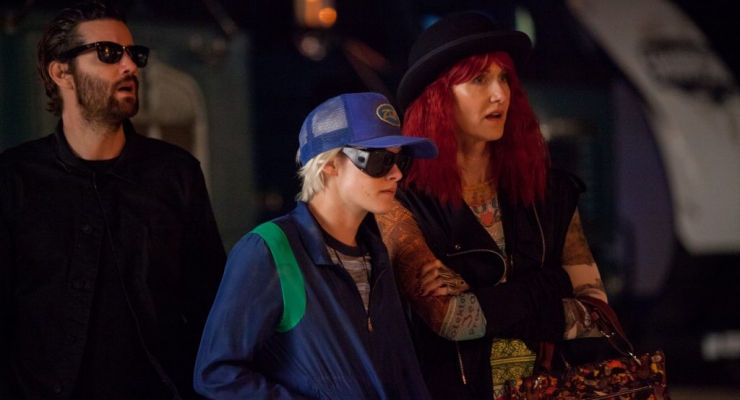 The film hits Blu-ray in a competent AVC 1080p encodement that offers up good detail and a pristine picture.

J.T. LeRoy gets a lossless DTS-HD Master Audio 5.1 mix as the only audio option. The mix is fine as far as clarity of dialogue and stereo imaging, but it is rather dry and lacking in dynamics until the musical soundtrack kicks in at various points, then it becomes offputtingly aggressive with instrumentation mixed into the surrounds and far off to the sides.

One would think that with a backstory as colorful as this one we could at least get a couple of good special features out of it, but we get zilch on this barebones disc.

J.T. LeRoy could have been so much better given the story on paper, but it is ultimately bland with dull performances all around except from Dern, and an uninteresting script. The Blu-ray offered up here looks good, although the audio mix only comes alive when the songs kick in.