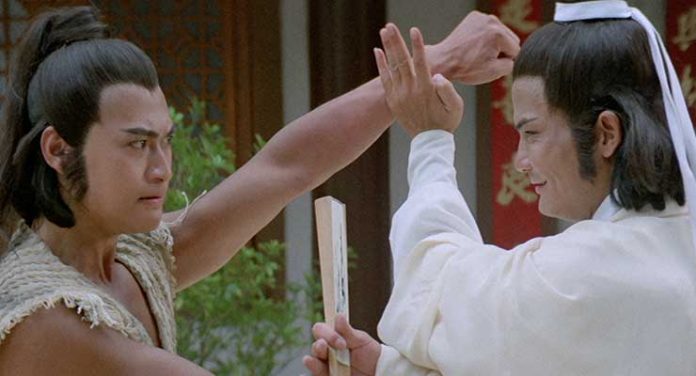 Eureka Entertainment gathers together two of John Woo’s 1970s wuxia classics in this collection, Last Hurrah for Chivalry & Hand of Death: Two Films by John Woo. The former, from 1979, is arguably the most essential of the two with its edge-of-the-seat swordplay and martial arts choreography, but 1976’s Hand of Death, also known as Shao Lin Men, is a slightly underrated gem from the height of the “kung fu” film craze in the West.

In Last Hurrah, two highly skilled killers (Pai Wei and Damian Lau) agree to help a wealthy man avenge a seemingly unstoppable kung fu master. The two quick allies find their task much harder than they thought, and their own allegiance tested. The film’s action, swordplay, quick camerawork and cinematography make it a visual feast, and Woo masterfully ratchets up the tension in the fight sequences even as they seem impossibly over-the-top.

In Hand of Death, a young Shaolin monk must train to defeat a dangerous Manchu warlord (James Tien) who wants to annihilate the Shaolin. The film features early appearances by Jackie Chan and Sammo Hung, and while it doesn’t quite reach the inventiveness of Last Hurrah for Chivalry, it’s a solid early kung fu film that acts as a look at things to come for Woo and its young cast. 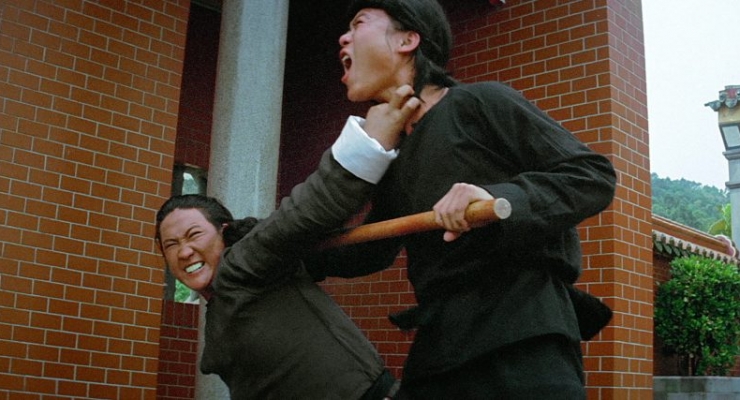 Both films are presented in 2.39:1 AVC encodements from brand-new 2K restorations. The films look organic with lots of grain remaining in the presentation, clean, and detailed. Colors are vibrant with lots of ‘pop’ in the primaries, but flesh tones still look natural. Due to production, the image doesn’t always look the greatest; for example, there is some washout in the shadows and the blacks can look a little noisy, but overall the films looks pleasing.

The audio for neither Last Hurrah for Chivalry nor Hand of Death is great. Each comes with Cantonese LPCM 2.0 stereo, Cantonese LPCM mono, Mandarin LPCM stereo, Mandarin LPCM mono, and English dubs. Last Hurrah definitely has the best sound of the two films, but “stereo” is a stretch for either one of the films, as the soundstage is very narrow. At least the stereo mixes sound a little less tinny, especially for Last Hurrah. Hand of Death has no real good audio options, but the Mandarin stereo mix is WAY better. The Mandarin mono mix is so tinny and high-ended and both of the Cantonese mixes sound muffled with the dialogue far too out of balance.

We get an excellent audio commentary for both films and two interviews with John Woo. Plus, the first 2000 copies come with a limited edition booklet that features an essay by Matthew Thrift and the original liner notes for the Tai Seng laserdisc release of Last Hurrah for Chivalry as written by Asian film expert Frank Djeng in addition to production stills and credits.

This is a great pairing of classic wuxia films from John Woo. The quality may not be absolutely reference, but given the genre, they look fairly pleasing in this new Blu-ray issue from Eureka and the accompanying special features are solid as well. If you’re a fan of wuxia/kung fu films, then this is a great release to own.

Last Hurrah for Chivalry & Hand of Death: Two Films by John Woo is out on Blu-ray 24 June 2019 from Eureka Entertainment