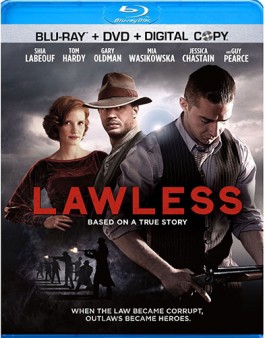 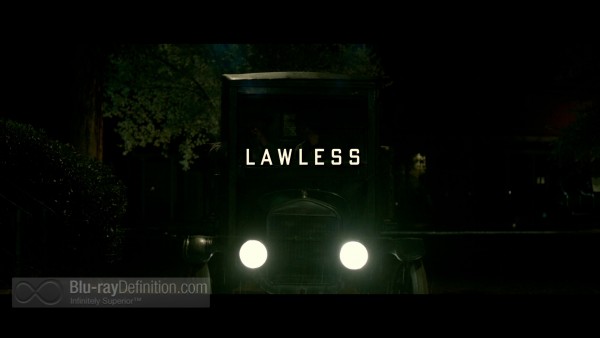 Shia LaBeouf (Transformers: Dark of the Moon) stretches his artistic legs in this John Hillcoat directed film based on a Matt Bondurant novel from rocker Nick Cave’s screenplay. Lawless is ostensibly a historical look back at prohibition era rural Virginia and the infamous Bondurant clan of bootleggers who were hold outs against the push to bring the “hillbillies” into line with the new laws, particularly when the government itself turned corrupt; its hand in the till and on the necks of the traditional moonshiners.

LaBeouf plays Jack, the youngest and weakest of the Bondurants, Tom Hardy (The Dark Knight Rises; Warrior; Tinker Tailor Soldier Spy; This Means War) is Forrest, the oldest brother who leads the clan and whose story is legend among the country folk, stories of him being immortal known far and wide. The middle brother Howard is played by Jason Clarke who does a good job portraying a boozy, fist-first country boy. As the Bondurant family make their stand against the new dandy lawman, Special Deputy Rakes (Guy Pearce; Prometheus; Lockout; TV’s Mildred Pierce) sent in from Illinois to shut them down, they go about their business of moonshining and also their love lives. Jack finds interest in the virginal and strictly religious daughter (Mia Wasikowska; Albert Nobbs) of a preacher who’s none too happy to have him hanging around her. Meanwhile Forrest finds himself falling for his new saloonkeeper, Maggie (Jessica Chastain; Madagascar 3: Europe’s Most Wanted; Texas Killing Fields; The Help; Tree of Life), a beautiful ginger-haired city girl from Chicago. The fight to stay independent of the corrupt government and one step ahead of Rakes while the rest of the community has buckled under the pressure leads them, especially Jack, into business with notorious gangster Floyd Banner (Gary Oldman; The Dark Knight Rises; Tinker Tailor Soldier Spy; The Book of Eli; The Fifth Element), and everything goes well, until Rakes makes a move to kill Forrest and succeeds in killing a close friend of the Bondurants.

The film’s strengths are multitudinous in that its cast is masterfully set. Everyone here, including LaBeouf, put on excellent performances. Tom Hardy places much gravitas behind the role as the mythic Forrest Bondurant, and Guy Pearce is rather demented as the city slicker lawman. It goes without saying that Jessica Chastain is magnificently charming, beautiful, and also quite tender in her interactions with the Hardy’s character. The imagery of country life is also beautifully shot as the sun soaked landscape and verdant vegetation place us right in the warm hillsides and stills where the bootleggers were.

There is where the good ends and flaws begin. As a story based on real events, we are never given a sense that we are watching something about real people. Nick Cave’s screenplay is written in very broad strokes, relying more on the legend and myth that the humanity of the people we are watching. Only once do we get a real sense of something beneath the surface, and its right near the end, when Maggie and Forrest have a rather revealing conversation about the night he was attacked by Rakes’ henchmen. As wonderfully played as it is by Chastain, Cave’s screenplay doesn’t seem to want to allow the characters to dive too deeply into emotion, and he pulls back right before they do. 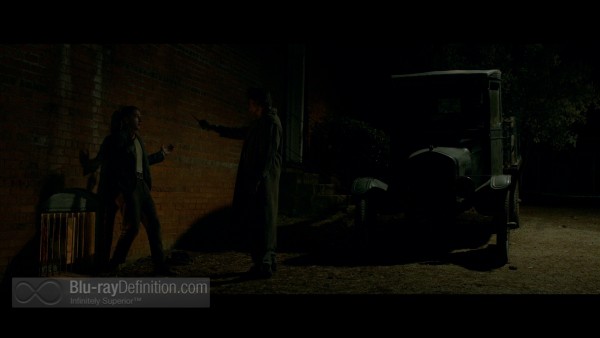 Lawless was shot in high definition with the Arri Alexa camera. The image has a very film-like appearance and the little video noise present looks natural and organic in this AVC/MPEG-4 1080p encodement. Contrast is strong, color reproduction is superb offering natural flesh tones, rich midtones, and inky blacks. There’s a lot of textural information in close-ups and in foregrounds as well. Th overall image is clean with no digital anomalies. 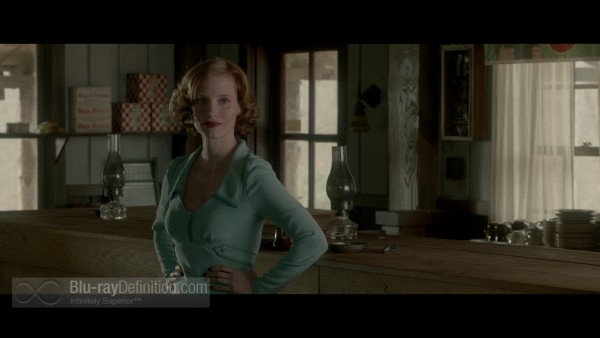 The DTS-HD Master Audio 5.1 (48kHz/24-bit) soundtrack is dialogue-driven, but there is a sumptuous amount of atmospheric effects balanced into the surround channels that help make it rather engaging. The sounds of rural Virginia, the roaring of engines, and blasts of shotguns are all effectively mixed around the various channels and there is ample boost from the LFE to make things authoritative. 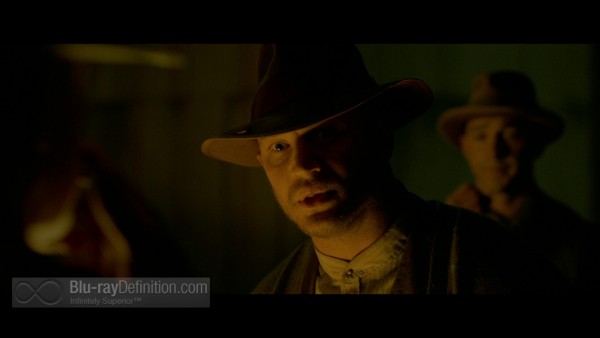 A decent slate of high definition production featurettes and featurettes exploring the real Bondurant family are on offer. 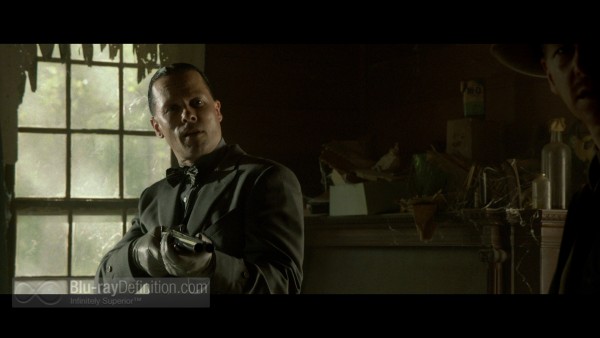 The direction and acting performances make for an enjoyable film in Lawless and it allows star Shia LeBeouf to show off his chops outside of Transformers. Still, the film is far from perfect and could have benefited from a stronger screenplay. I’d say rent this one first before buying. 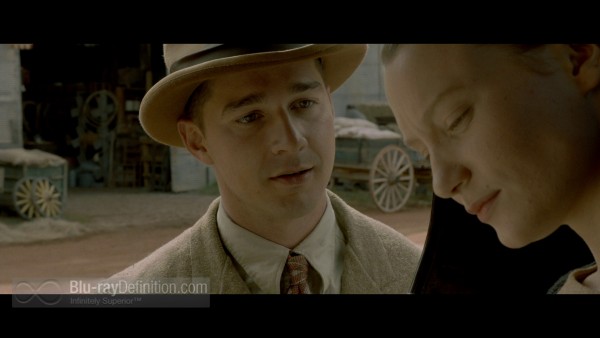 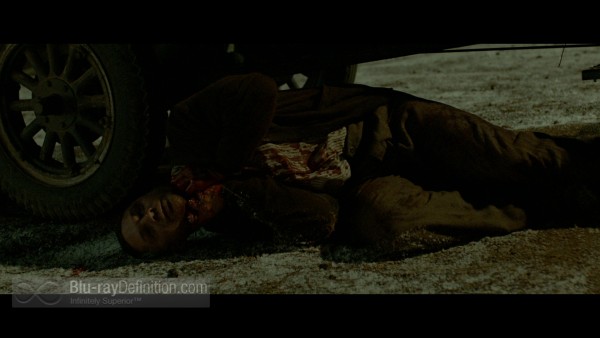 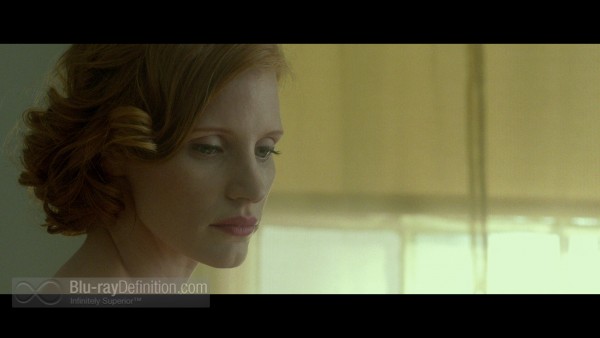 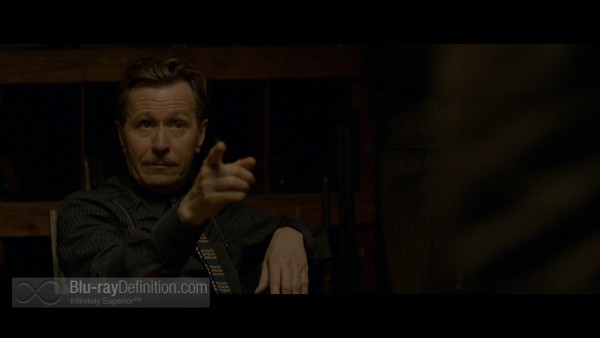 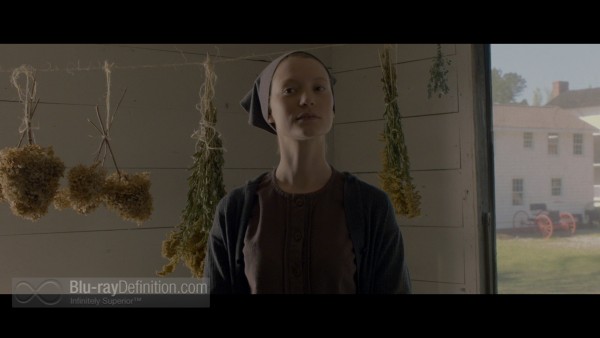 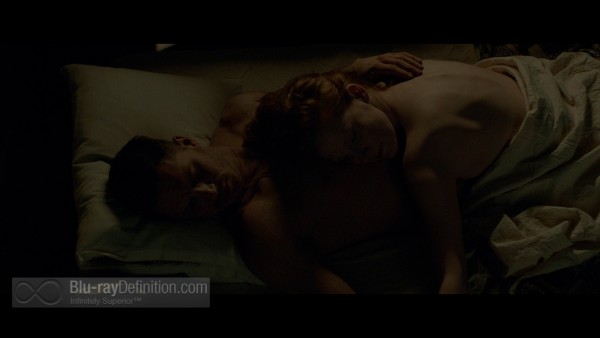 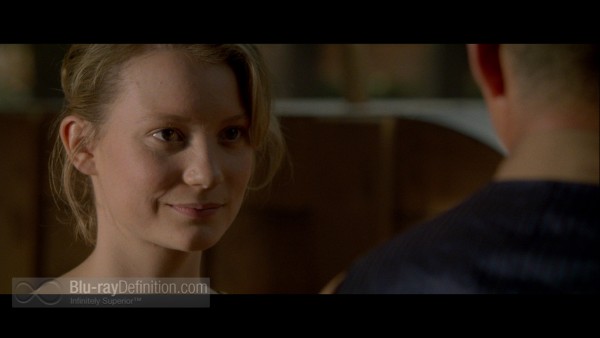 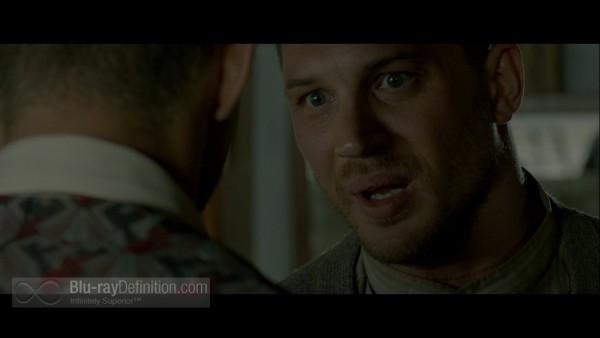