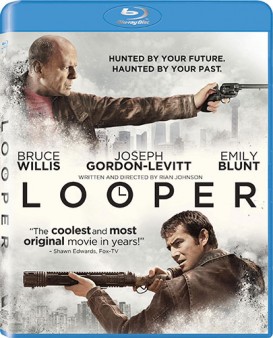 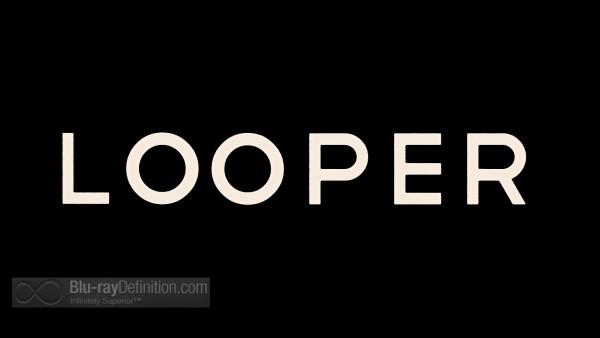 It’s nearly impossible to make a sci-fi film about time travel without stumbling over the usual conundrums that usual leave us, the viewers, scratching our heads. With Looper, writer/director Rian Johnson tries his best to avoid them, and he nearly succeeds, crafting an intelligent, mind-bending thriller that is well laid out, wonderfully cast, and almost believable, even with its fantastic elements.

Without wasting any time or skipping any beats, Johnson thrusts us deeply into the ramshackle world of 2047, where time travel has yet to be invented, but it will be 30-years into the future, where it will be quickly outlawed. It will then be the sole dominion of organized crime, who, in order to bypass the nearly impossible way around getting rid of dead bodies due to new tagging procedures, send them back to the past where “loopers” await to dispose of them; voila, they no longer exist. Joe (Joseph Gordon-Levitt) is one of the best loopers in the business, but his time has run out. On a routine job as he awaits a body from the future to kill, the body that shows up is his future self (Bruce Willis) – his “loop” has been cancelled, in the parlance. His hesitation allows future Joe to get the drop on him and escape. This sets off a manhunt not only for future Joe, but present Joe as well. Future Joe also has a plan to reverse history. In the future, a mysterious mob boss known as “the rainmaker” has been killing off vagrants by the thousands and sending all loopers back to the past to meet their deaths. Future Joe, is out to regain the life he had and find the rainmaker, snuff him out, and return to his life. Meanwhile, 2047 Joe has taken refuge on an out of the way farm with a woman (Emily Blunt) and her young son awaiting a confrontation that will put his and the future’s fate on the line.

Looper is not quite the action-intense thriller it is advertised as. Instead, the film is slow-building, and detail oriented. It’s more like traditional sci-fi, something that true buffs of the genre might appreciate. Rather than the hyper-visual, slick production techniques of most Hollywood sci-fi outings, Looper opts for something more realistic. It offers up some futuristic gadgets, but places them in a world that is a far cry from the homogenized dwellings Hollywood seems to think we’ll all  be in in the future. It’s dirty, it’s run down, it’s dilapidated. Joe’s more like a wiseguy or pulp novel detective than he his a card carrying member of Starfleet.

Mostly, it’s the acting and unconfused way the story in Looper unfolds that makes everything tick. Things make sense. When Joe returns to the past, his memories begin to become fuzzy, because he has changed his future. From then on, anything his present self does, he instantly remembers. When present Joe wants to send future Joe a message, he carves a scar onto his forearm. These are all logical progressions that help avoid the time travel trap so many other films fall into. And it is all bolstered by the acting of Joseph Gordon-Levitt whose star is definitely on the rise recently. He’s easygoing and streetwise in Looper, believably so. Jeff Daniels also steals all of his scenes as Abe, a future mob boss sent back to the past to run the looper program. He barely appears on camera, but when he does, you know he’s in control of the situation. Meanwhile, Emily Blunt is typically strong, showing good range and depth in her role as the single mother alone on the farm. 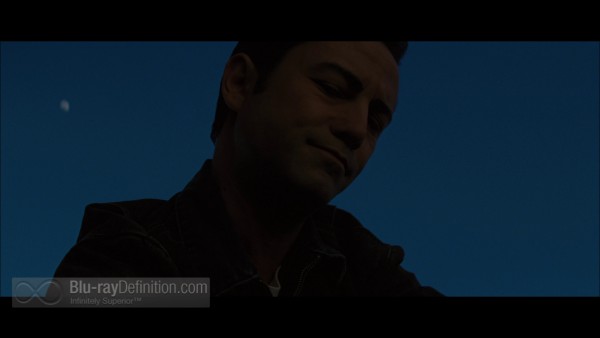 The 35mm source for Looper, shot with anamorphic lenses on Kodak Vision3 500T 5219, looks rather good in this AVC/MPEG-4 1080p encodement from Sony. Like one would expect from a film of such recent vintage, the image is impeccably clean, grain is very reserved, and contrast is strong. The black levels are inky, textures and detail is crisp, while shadows are nuanced. 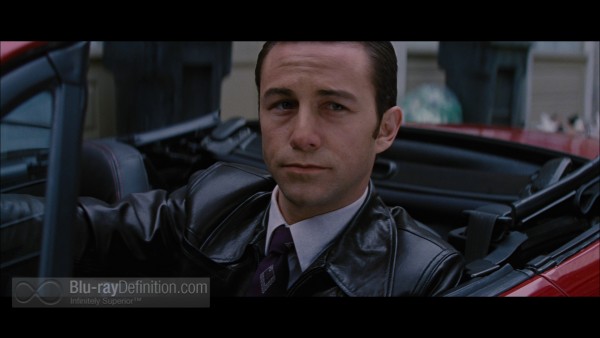 The lossless DTS-HD Master Audio 5.1 (48kHz/24-bit) soundtrack isn’t quite as aggressive as a sci-fi thriller like this one would normally be, albeit it certainly does have pumped up low frequencies. Gunshots ring out nicely through the soundstage and dialogue is clean. The balance of sounds is good and dynamic range is exceptional, to say the least. The film switches between moments of high action and lots of dialogue, and the mix changes accordingly with the appropriate amount of atmospherics and discrete sound effects panned throughout the channels. 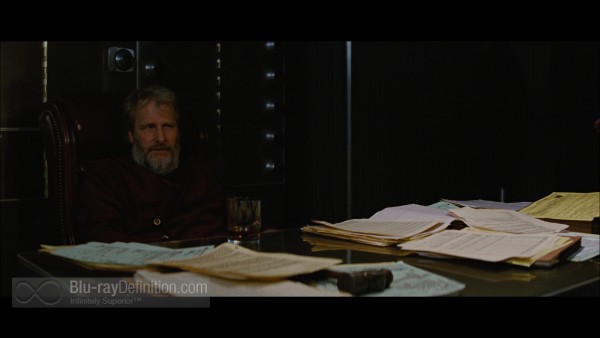 Over a half-hour of deleted scenes in high definition make up the bulk of extras provided on disc for Looper, but there are also interesting featurettes exploring the science behind time travel, scoring the film, and more. 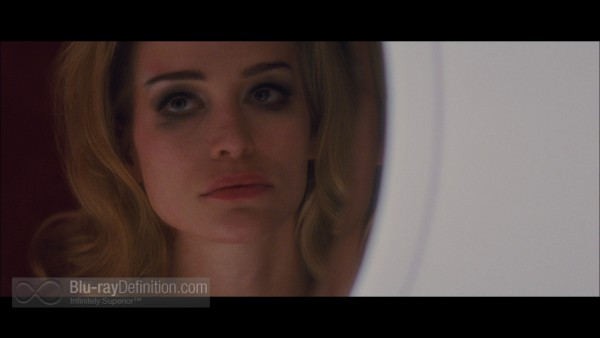 An interesting, twisting, mind-bending sci-fi thriller with strong acting performances and well laid out plot, Looper is one that will become a true genre classic, given enough time. This Blu-ray release is also quite the enjoyable bit of home theatre entertainment, so if this is your kind of thing, then I suggest you snatch it up. 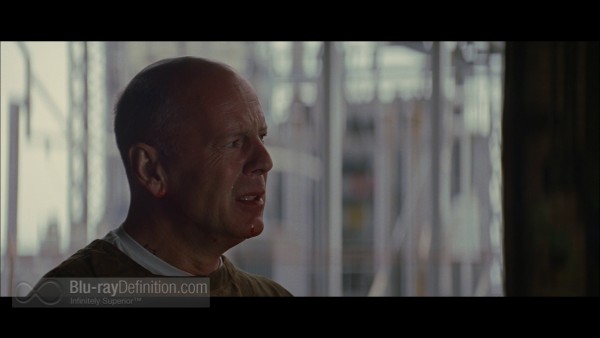 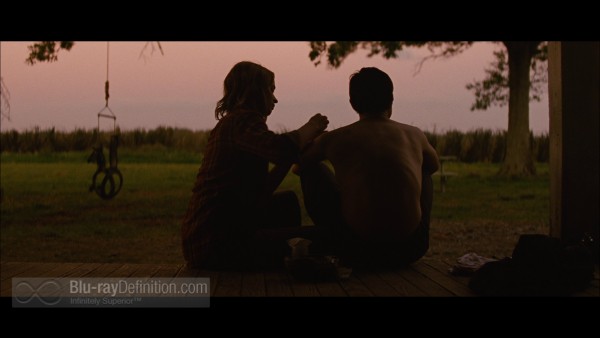 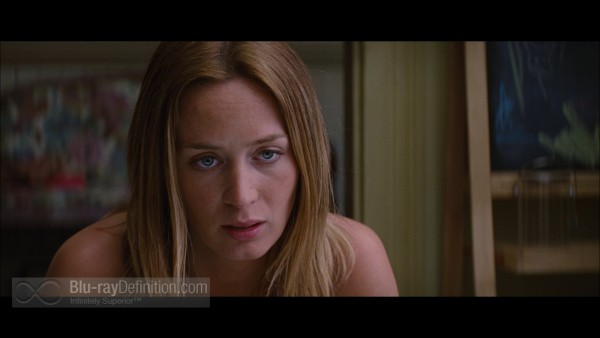 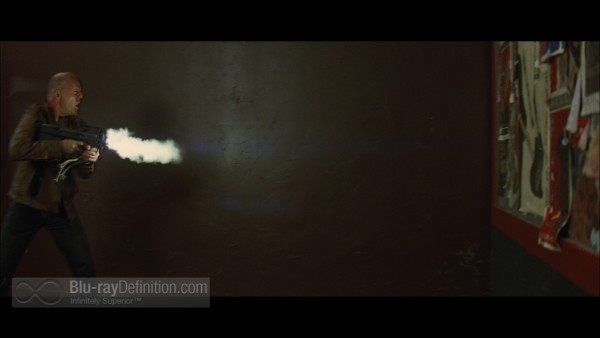 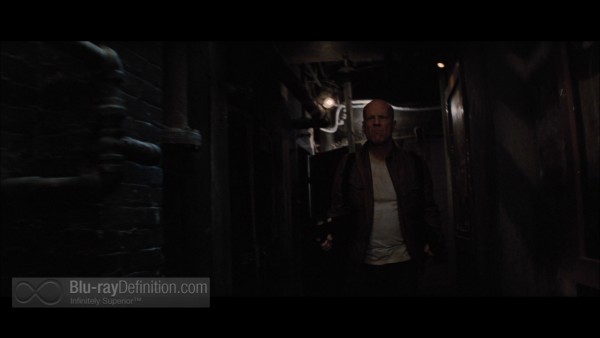