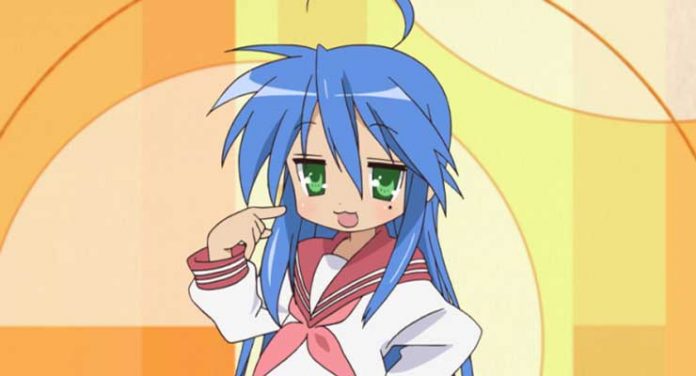 Lucky Star is the hit anime series from 2007 based on the manga by Yoshimizu Kagami. This series was a big hit in Japan and in the West among otaku not only because of its multiple references to favorite otaku topics (manga, video games, anime), but also because of its allusions to a previous, similar series, The Melancholy of Haruhi Suzumiya.

This slice-of-life comedy is set in Kasukabe in Saitama Prefecture and generally follows the daily lives of four high school girls who go about their days, with the focus on one girl in particular, Izumi Konata. Konata is a wisecracking girl who spends most of her time goofing off, watching anime, reading manga, and playing video games. In fact, she sees most of the world through the filter of what would happen in anime, manga, or a video game. The circle of friends around her include the quiet and sweet genius Takara Miyuki, a very moe character, and the twin Hiiragi sisters, Tsukasa, the younger and less accomplished of the two, and Miyuki who’s a little bossy and great at athletics. Each episode ends with a “Lucky Channel” infomercial hosted by the character Kogami Akira and one of the series tertiary characters Shiraishi Minoru. Over the course of the 24 episodes Akira goes from bubbly and cute to increasingly deadpan and cynical, mostly attacking her male co-host.

The series is funny and the animation colorful. There are plenty of gags, it’s fast-paced and plenty to take in. I would say that it holds up quite well being nearly ten-years-old now. Some of the references will definitely go over the heads of all but the most ardent otaku, but there is plenty enough humor and easy-going atmosphere. 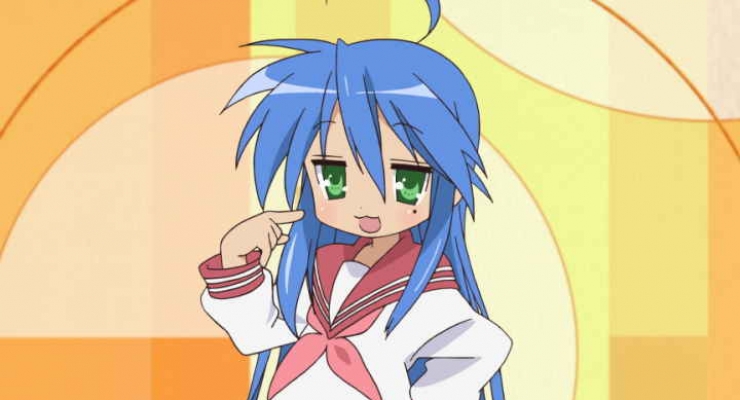 Funimation claims this as a native HD release in 1080p on the back of the package, but there’s just no way this looks like it could be with the stairstepping around the line art, and given the vintage of this series (2007) it’s not impossible that it would still have been done in SD at that time. Still, it looks like a very good upscaled version of the digital animation encoded in AVC, just not as good as a true 1080p program.

Dolby TrueHD 2.0 stereo mixes are included for the original Japanese-language track and the English dub. The sound is good for a stereo mix of what is basically a comedy series. The whimsical musical score comes through nicely as does the dialogue and there’s a good bit of stereo separation and directional panning. The Japanese cast wins the day here, giving a hilarious performance. The English cast is only okay, but nowhere near the level of comedic gold as the Japanese cast.

Lucky Star is good fun. This is more than just cute, but it is cleverly done. The first four episodes, which were directed by Yamamoto Yutaka before he was fired for Takemoto Yasuhiro, definitely do not pop and have the same level of humor as the remaining twenty episodes, but on the whole, this is a hilarious series.