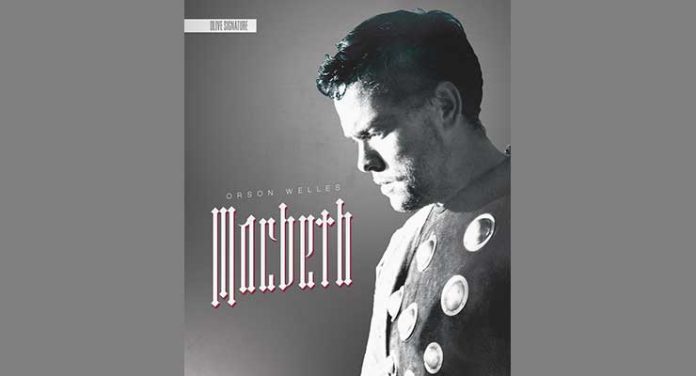 Orson Welles’ Macbeth is like a nightmarish fever dream taking place in the dank recesses of a goblin’s mind. While it hardly ranks as one of the more accurate retellings on the screen of Shakespeare’s tragedy, it is certainly one of the more memorable and visually stunning, despite its low-budget handicap. So keen was Welles to make the film that he capitulated to Republic Pictures’ demands to shoot on the repurposed B-western sets, and the result was the bleak, dark, cave dwelling Macbeth with the nourish-tinge that we have today.

Welles cast himself in the title role as the ambitious Scott and brought in Jeanette Nolan to play Lady Macbeth. Nolan’s over-the-top reading of the role has often been criticized, but a closer look puts her performance more in context with what is already a rather unusual and nearly surreal interpretation of the play. Welles also cast Dan O’Herlihy as MacDuff, Roddy MacDowell in the role of Malcolm, and Edgar Barrier as Banquo. Erskine Sanford, William Alland and Gus Schilling, who worked with Welles in Citizen Kane, rounded out the cast. The abbreviated telling of the story is offset by Welles’ invented character the “Holy Father” played by Alan Napier, the gloomy horror of the staging and Welles’ own performance which is uneven but highlighted by a few standout moments, mostly pertaining to his guilt over committing murder. The banquet scene in which he imagines he is seeing the ghost of Banquo is his strongest moment.

The film originally ran 107 minutes and featured the actors using an affected Scottish accent, but Welles acquiesced to the studio’s demands and recut the film two years later, complete with re-dubbed dialogue and slicing out 22 minutes of footage, including a famous 10 minute long continuous shot that took a whole reel of film and two days to complete. The superior version is Welles’ original 1948 vision since it cuts out even less of Shakespeare’s work, but the lack of Scottish accents, which waver in the original version, especially from Welles, won’t necessarily be missed. 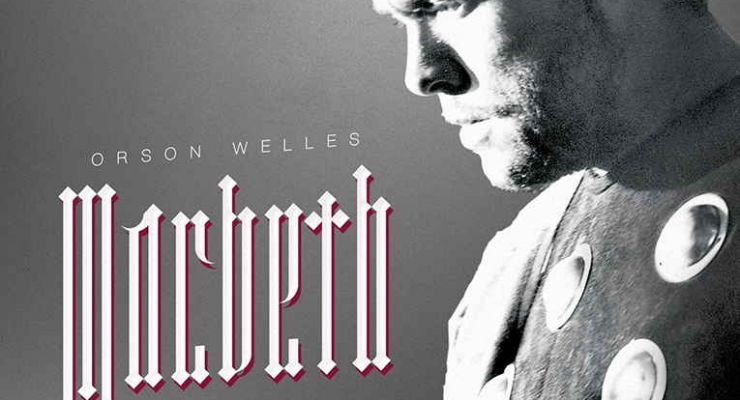 This Olive Signature edition of Orson Welles’ Macbeth comes with both the restored, full-length 107-minute 1948 original version of Welles’ film and the later, 1950 85-minute recut of the film undertaken by Republic Pictures, which was also later restored by UCLA. The 1948 version was restored from nitrate fine grain master positives and nitrate dupe negatives while the edited version, obtained from the UK was restored from protection master positives on nitrate flammable film base and safety film base. Both versions appear in 1.37:1 (marked on the packaging by Olive as 1.33:1) AVC 1080p encodements.

Both versions look a bit inconsistent, mostly owing to their provenance and original sources. The opening scene covered in a thicket of fog is by far the worst looking moment in both versions and cause for alarm, but things do settle down, and, particularly in the 1948 restoration, we get a lot of brilliant moments where the stark, nourish black and white looks crisp and shows an amazing amount of contrast. Conversely the acute visual contrasts of Welles’ vision seem to be somewhat tempered if not turned into an amorphous mass in the 1950 restoration, where blacks tend to look smoothed over and the whites don’t leap out as much. Throughout we get lots of spots where some tramlines and random scratches can be seen, but overall the image retains a natural, filmic look and the grain structure, while varied, is also natural.

The audio for both films has been restored from the original optical tracks with some additional digital processing to remove noise. The monaural mix is included for each for version of the film in DTS-HD Master Audio 2.0. They each sound good considering the respective ages, technology of the time, and the sources. For instance, the dialogue is clean and one can hear quite clearly the persistent howling of the wind in the background during many of the monologues. Noise like clicks, pops, and hiss aren’t much of an issue.

Accompanying the 1948 version of the film is a fine audio commentary from Welles biographer Joseph McBride. On a second disc, along with the 1950 recut version of the film are a number of new extras that delve into the film’s history and production. Each one should be watched and read.

Welles’ Macbeth may not be the best cinematic interpretation of Shakespeare’s tragedy, but with its haunting style, eerie makeshift set designs, and noir-ish cinematography courtesy of John L. Russell (Psycho), it is one worth mentioning and looking at. The Blu-ray release from Olive in their Olive Signature series will be an excellent addition to any collection.