The Lady in the Van (TheaterByte Blu-ray Review) 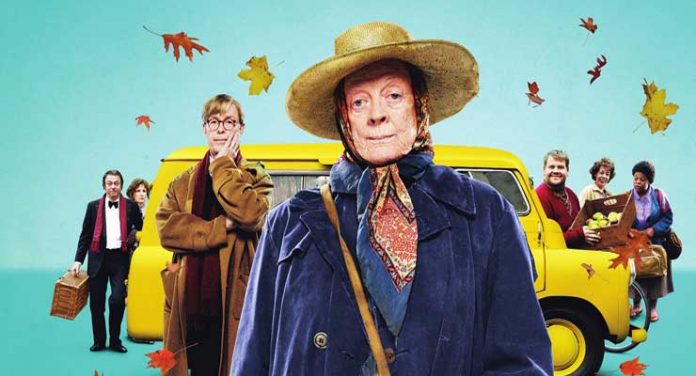 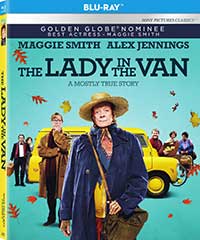 Nicholas Hytner directs this comedy-drama based on the “mostly true” 1999 screenplay by Alan Bennett. Maggie Smith plays the transient woman Miss Shepherd who parks her van on playwright Bennett’s (played by Alex Jennings) driveway in 1960s London, and the two strike up an unusual friendship over the course of her 15-year stay there.

Shepherd, who is somewhat of a cantankerous elderly woman, has a past that has obviously led her to this life of homelessness. What most people in this artsy neighborhood populated by the likes of the widow of Ralph Vaughn-Williams know about her is she was once a nun and an ambulance driver during the war,

but how she ended up alone and mentally unstable, no one seems to know. Alan finds this intriguing as a writer. And, just as in the stage play, Alan Bennett is portrayed twice over, as the real man, and as his inner thoughts (both portrayed by Alex Jennings).

Smith, not unlike her recent performances on TV’s Downton Abbey, steals the scenes here, but Jennings is also magnificent as the middle-aged bachelor playwright who finds himself both distraught at seemingly only being able to write about old ladies – his other constant source of inspiration is his mother. And to portray a somewhat cynical, yet also kind person, and play off himself (well, actually, off of young actor George Taylor, whose performance was then replaced by Jennings’) is quite a trick.

The Lady in The Van does falter a bit by lapsing into some typical bits of sentimentality, an often unavoidable trap when creating a story about aging and nearing death. There is also a scene in which Miss Shepherd, a once brilliant pianist who hadn’t played a note in decades, miraculously begins to play a piano almost like it was yesterday. This could only happen in the movies. I know – I’m a guitarist who has struggled with shoulder problems and been unable to practice for years. You lose your ability and get rusty. Flaws aside, it is yet another very skillful performance for Ms. Smith who’s had a wonderful resurgence in this part of her career.

The Lady in the Van has a pleasing 1080p AVC transfer on Blu-ray from Sony. The primary colors are lively without being over saturated, Miss Shepherd’s various yellow vans are a perfect example of how they standout just enough without turning the film into a box of crayons. Contrasts are good without any clipping in the white and good nuance in shadows free from crush or noise.

We get a fairly unexpectedly lively and atmospheric English DTS-HD Master Audio 5.1 soundtrack that cushions

us in swells of classical music, the sounds of the rumbling engine of Miss Shepherd’s van as it putters down the street is convincing, and often pans way off to the far side. There are also some flashback sequences that involve a loud crashing sound which allows for some lower end extension.

The director’s commentary and, surprisingly for this sort of film, the visual effects featurette, are the most interesting extras supplied here.

A fine film with excellent performances that makes one think about the importance of friendship and the fragility of life, The Lady in the Van is one of those unusual, quiet, comedy-dramas that stays with you after the credits have rolled.