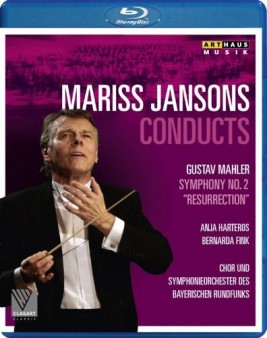 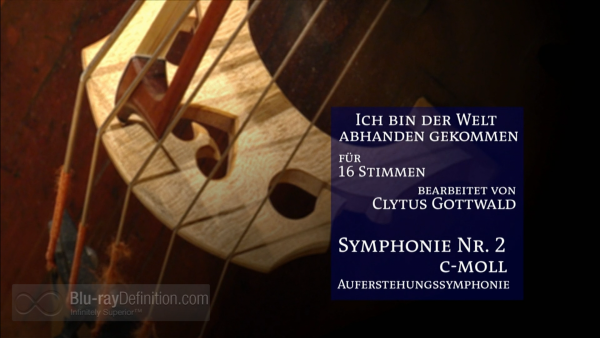 A souvenir of Gustav Mahler’s centenary 2011, we not only get another Blu-ray Disc of his Second Symphony but the second one under the direction of maestro Mariss Jansons, this time leading the Bavarian Radio Symphony Orchestra and Chorus.

The program opens with a choral adaptation of Mahler’s famed song “Ich bin der Welt abhanden gekommen,” set for 16 unaccompanied voices by Clytus Gottwald. Although I have heard this mystical Ruckert Lieder number performed many times by solo female and male voices, this new setting truly captures the other-worldly nature of the music and words. 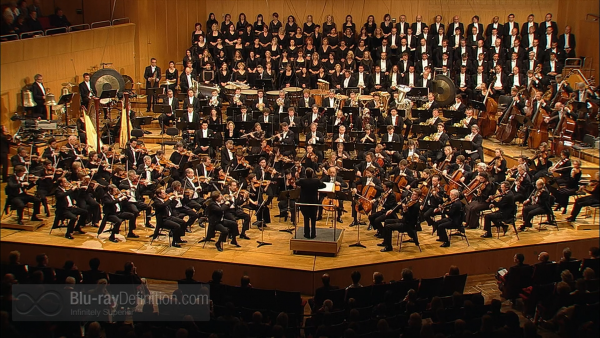 The Mahler Symphony No. 2, also known as “The Resurrection,” has become a staple of the choral orchestral genre, introduced by Beethoven’s Ninth Symphony. Mahler went on to write three more choral symphonies but this one is the most frequently performed. Its five movements are an unconventional number for the symphonic format but the composer makes them work to his advantage. Each movement has a theme, the first being a funeral march, the second, a memorial for the deceased, the third, questioning the meaning of life, the fourth, a plea to avoid a meaningless life, and the fifth (from which the work takes its name) a prayer for resurrection.

Please note that the final 30 seconds of the triumphant finale have mysteriously been lopped off my review copy. I would not disqualify this disc on that issue since the preceding 90 minutes is music-making at the highest level. Perhaps the Arthaus Musik folks will correct that in a future reissue. 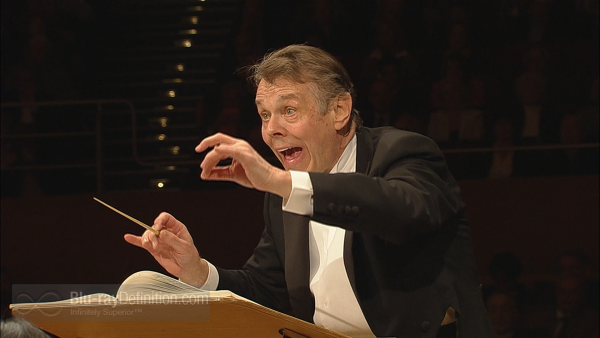 Arthaus Musik’s videographers usually get it just right, and video director Brian Large absolutely nails it. The cameras move from one evocative perspective to another, drawing us into the action. Details and colors are spot on.  Maestro Jansons is a balletic conductor in the manner of the late Leonard Bernstein, with an expressive face and constant movement on the podium.  We get an up close opportunity to see this performance from a seat that no one in the concert hall could possibly have! 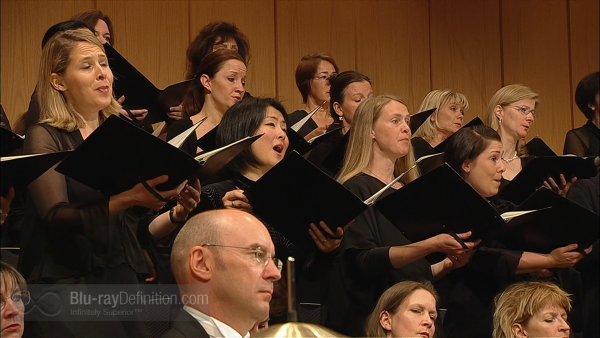 Arthaus Musik issues many of its concerts in DTS-HD Master Audio 5.0, rather than 5.1 surround sound. Not a problem here, since there is plenty of low frequency information captured by the audio engineers. Listeners will rapidly pick up on Jansons’ superb control of the dynamic contrasts of a big work like this one. Every time I hear a Jansons performance, details emerge that I have not heard before (listen to the little chamber music presentation of the second movement “landler” in Track 4 as it dances along). As good as the stereo soundtrack is, the surround version is the way to go. 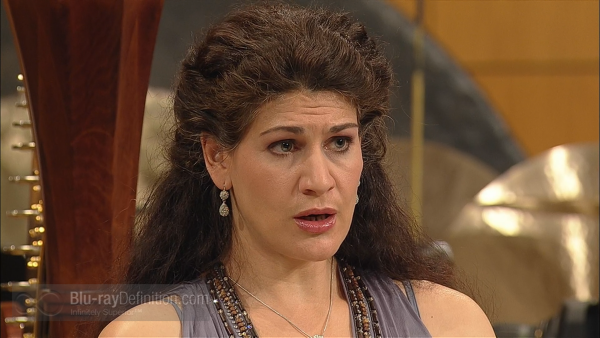 We are given the usual Arthaus Musik trailers and a slim program booklet with background information on these works. 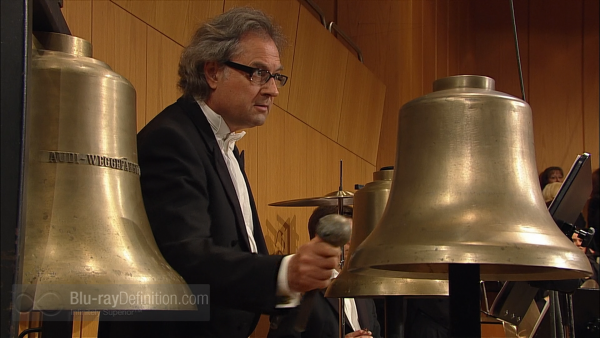 This Blu-ray disc is the fifth entry in the Mahler No. 2 sweeps that I have reviewed.  With strong performances by Claudio Abbado, Alan Gilbert, Jansons himself, and my favorite, the Ricardo Chailly/Leipzig Gewandhaus, how does this one fare?  Quite well, actually.  The Bavarian players may not be the day-in-day-out equals of their Royal Concertgebouw rivals on Jansons’ other Blu-ray performance, but don’t let them know that, as their musicianship is super-duper. From the vocal standpoint, the soloists in this performance include the same mezzo-soprano in the other Jansons recording, Bernada Fink, and a better soprano in Anja Harteros. So how do we decide which treasure to take home and which to leave behind in the castle vaults? If you already have the Jansons/Royal Concertgebouw Blu-ray, you will also have a biopic of the conductor as a big bonus: keep that one. If you have the Chailly Blu-ray, keep that one.  If you have neither, you might need to decide whether the inclusion of a truly magnificent Mahler song in its only Blu-ray incarnation coupled with Jansons’ magisterial account of the Mahler 2, outweighs the omission of the symphony’s final 30 seconds. This issue might be a deal breaker for some buyers but it would not be for me. 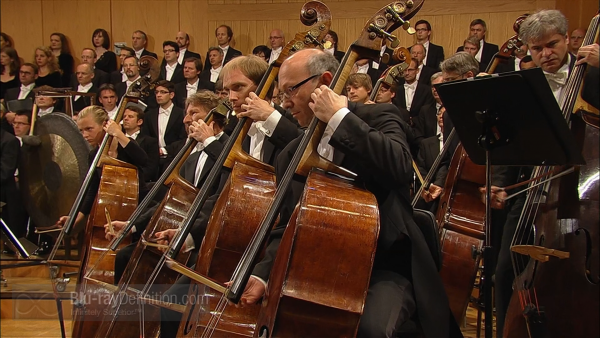 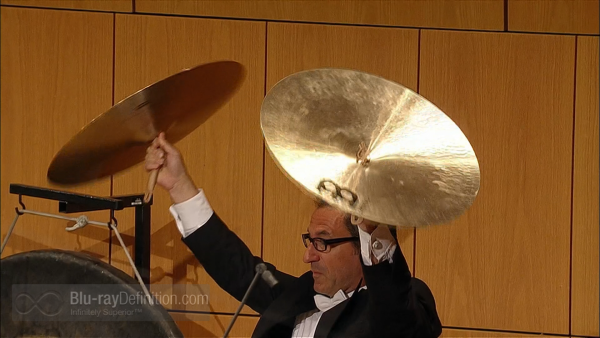 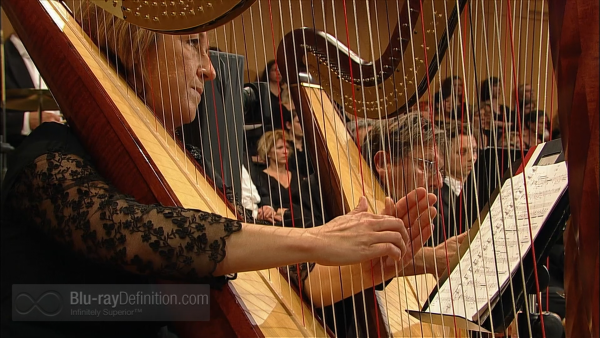 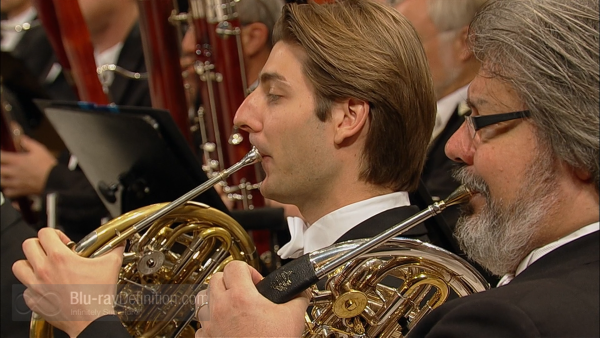 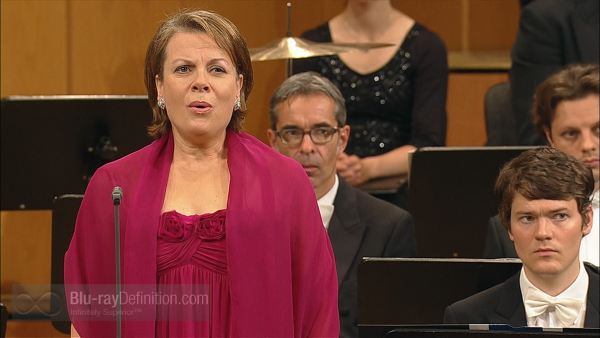 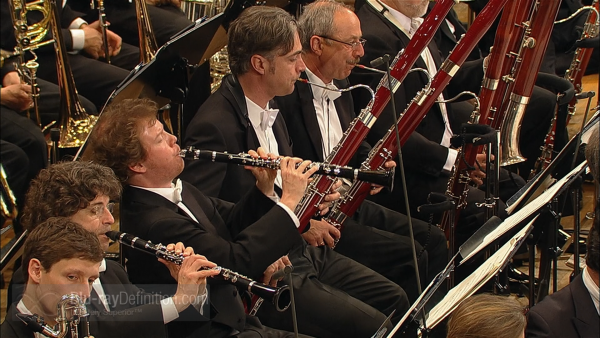