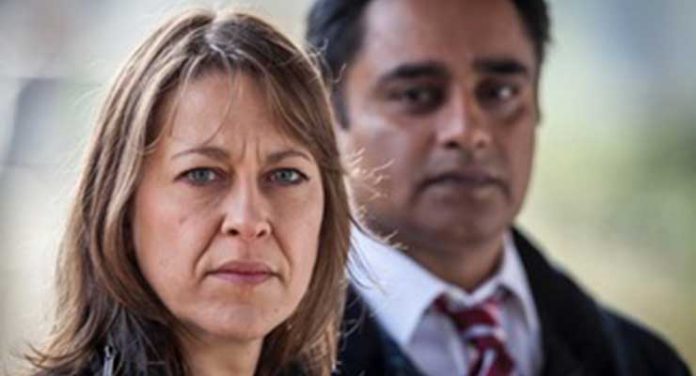 Running in the USA on the Masterpiece Mystery! programming on PBS, this contemporary Brit crime drama is a step above the usual crime procedural we are used to on this side of the pond, but also a step or two away from the excellent Nordic noirs and Scandi-noirs coming out of Europe these days such as Monster.  But what this series may lack in the area of atmosphere that those series have, this one makes up for in very intelligent writing and interesting plot twists.

Walker and Bhaskar are a suitable onscreen pairing as the two detectives sorting out the sordid details of their suspects pasts to arrive at the truth. The mystery keeps you guessing pretty much up to the end, which is what you want from a good mystery, and the series touches on a lot of hot button social issues as well from discrimination against gays, white nationalism and racism, and even the ravages of aging and dementia. This is one you won’t regret watching.

I saw only some minimal issues with color banding in what was a solid looking 1.78:1 AVC 1080p encodement of Unforgotten on Blu-ray from PBS. The original digital source looked organic and detailed with natural flesh tones and strong shadow details and contrast.

We get a simple stereo mix that faithfully reproduces the dialogue-driven material with clarity and sufficient panning and dynamic range.

The series comes as a barebones release with no extras from PBS.

Masterpiece Mystery! Unforgotten: The Complete First Season is a riveting crime drama from ITV, BBC, and PBS. If you’re into mysteries and cold case dramas, then this series will slake your thirst. The Blu-ray is a satisfying audio/video presentation although it is a barebones release.

Masterpiece Mystery! Unforgotten: The Complete First Season is out April 24, 2018 on Blu-ray & DVD from PBS