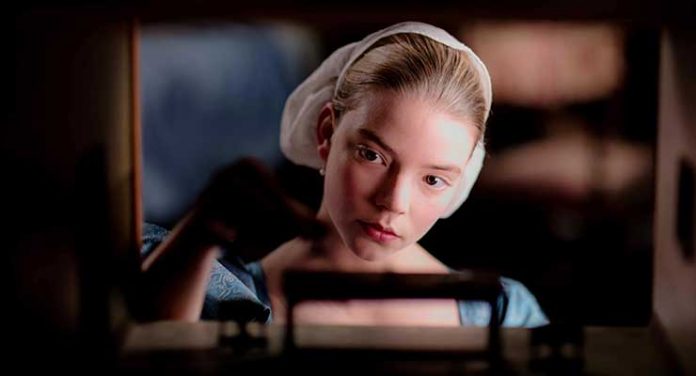 Based on the best-selling novel by Jessie Burton, The Miniaturist is a three-part British costume drama mini-series set in 17th century Amsterdam.

The protagonist, 18-yea-old Nella Oortman (Anya Taylor-Joy) arrives at the home of her new husband Johannes Brandt (Alex Hassell), only to find the wealthy merchant away. She is greeted by her stern and religious new sister-in-law Marin (Romola Garai) and the Brandt’s two servants Cornelia (Hayley Squires) and freed slave Otto (Paapa Essiedu). Immediately Nella senses something is wrong, but she tries to settle in.

Eventually Johannes makes his appearance before his young bride he presents her with a surprise gift – a wooden cabinet that is a replica of their house. Nella finds a miniaturist to begin filling the cabinet, but items she didn’t order begin to appear that seem to mirror some of the events and secrets taking place in her strange new household.

Meanwhile, the marriage between Nella and Johannes is on rocky ground as he has been too busy with his work to consummate their nuptials, but she has begun to suspect it may be something else. Perhaps the unusually close bond between Johannes and his sister is more than meets the eye? Things reach a head when Johannes’ longtime friend turned rival is angered by his slow ability to sell off a large cache of their sugar – a hot commodity in 17th century Amsterdam.

There’s so much to love about The Miniaturist, starting with Guillem Morales’ taut direction, the cinematography of Gavin Finney and the production design of Taff Batley and David Roger that practically places us in a moving Rembrandt or Vermeer masterpiece. The series falls down with the screenplay that, despite its three-episode span over 150 minutes feels very rushed, particularly in the finale. There isn’t enough character development or background offered, especially for Nella and Marin. 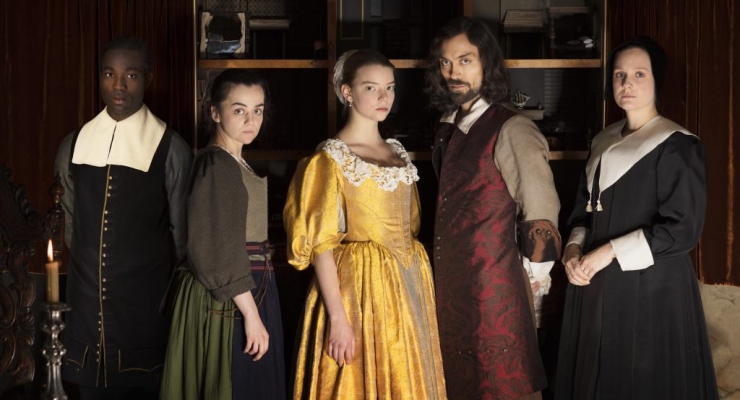 An obvious digital production, The Miniaturist hits Blu-ray in a 1.78:1 AVC 1080p encodement that looks satisfying. There is some digital noise in darker scenes that is minimal and very light banding, but detail is strong, and colors are rich without oversaturation.

There isn’t much to the mix for The Miniaturist, which is included here in DTS-HD Master Audio 2.0 stereo. Dynamic range is minimal as are sound effects in this dialogue-driven period drama, but the dialogue is clear.

Only a ‘Making Of’ (HD) that runs a little over 40-minutes is included. It has plenty of bonus footage and interviews with the cast and crew and author Jessie Burton.

A beautifully filmed drama that could be pulled right off the canvas of a Vermeer painting, this drama based on the Jessie Burton novel is a fascinating thriller, but not without some flaws. Thankfully the direction and acting keep it afloat. The Blu-ray release from PBS is strong and the sole special feature is a solid watch.

Masterpiece: The Miniaturist is available on Blu-ray and DVD September 18, 2018 from PBS

3.3 / 5 TheaterByte Rating
{{ reviewsOverall }} / 5 User Rating (0 votes)
British Broadcasting Corporation | Masterpiece Theatre | PBS | The Forge EntertainmentStudios & Distributors
Guillem MoralesDirector
Jessie Burton (Based on the Novel by) | John Brownlow (Screenplay)Writer
150 Mins.Run Time
$29.99MSRP
18 Sept. 2018Release Date
1.78:1Aspect Ratio
AVC 1080pVideo
English DTS-HD MA 2.0 StereoAudio
English SDHSubtitles
The Creative Content
The Video
The Audio
The Supplements
Summary
An 18-year-old girl in 17th century Amsterdam enters into a marriage with a wealthy merchant who gifts her a wooden cabinet replica of their house only to find that all is not what it seems in her new household, in this beautifully shot series from PBS based on the best-selling novel by Jessie Burton. This Blu-ray release is satisfying and comes with an interesting over 40-minute-long making of.
What people say... Login to rate
Order by: