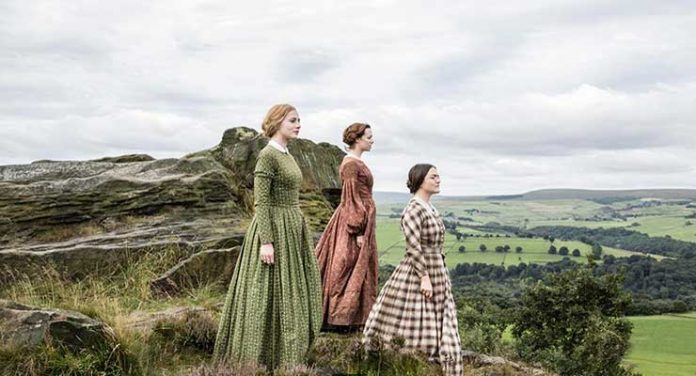 The siblings have all grown up escaping into a world of fantasy games and writing of poetry to escape their dismal, burdensome lives, when that they are older, the three sisters still write and Charlotte sees writing novels and getting them published as a way for them to support their family, but this is a world where being a published as a woman is a difficult task.

Wainwright’s mini-series is dark and bleak, not the light sweeping sentimental costume dramas of the BBC we have come to associate with the genre. It does paint the true picture of the hardships the Brontë family, and Branwell in particular, faced in the era.

The weakness in this two-part, 120-minute mini-series is that there is hardly enough time for the story to explore in depth the characters. There are three sisters, a brother and a father to deal with here. We only get a picture painted in broad strokes about the family dynamics. Charlotte the diminutive yet determined sister pushing them forward to break new ground and get their works published; Emily the stubborn, reluctant, and hard-willed sister skeptical about having their writing in the public; Anne the affable sister and peacemaker and of course Branwell who couldn’t cope with heartbreak and seeing his sisters do better at something he always wanted to do. The father’s character remains a complete mystery in this mini-series.

The Brontë’s writings would go on to become some of the greatest novels and poetry written in the English language and they continue to be published and adapted into film and television to this day. 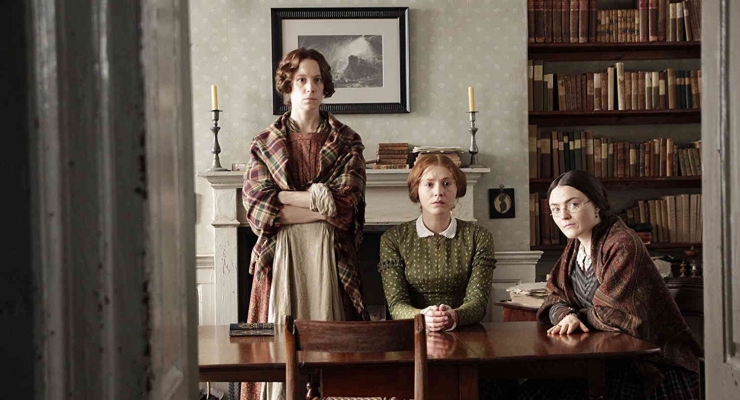 To Walk Invisible arrives in a 1.78:1 AVC 1080p encodement on Blu-ray. The HD digital source looks reasonable, but there is some banding and a bit of washout in the shadows. The flesh tones are spot on, but colors aren’t very vibrant given the artistic choices of the production.

A simple DTS-HD Master Audio 2.0 stereo mix is provided. This is a dialogue-heavy series and it conveys the speech of the characters well. Dynamics are good, but not great, they seem to stay in a limited range even during the heightened sequences where the score kicks in.

To Walk Invisible is an ambitious attempt at telling the story of the Brontë sisters’ lives and how their works came to be published. Its failing is the time constraint placed on the mini-series, which results in a hurried final 60-minutes and a lack of true, in-depth exploration of the family dynamics or how their lauded works really came into being. Still, for Brontë fans, it’s worth watching.

3.1 / 5 TheaterByte Rating
{{ reviewsOverall }} / 5 User Rating (0 votes)
Sally WainwrightDirector
Sally WainwrightWriter
120 Mins.Run Time
$34.99MSRP
11 Apr. 2017Release Date
1.78:1Aspect Ratio
AVC 1080pVideo
English DTS-HD MA 2.0 StereoAudio
English SDHSubtitles
The Creative Content
The Video
The Audio
The Supplements
Summary
A bleak portrait of the Brontë sisters that, while it is honest, suffers from its constrained running time. The Blu-ray is a bit barebones as well and the HD picture and sound are only average by today's standards.
What people say... Login to rate
Order by: