Mercy Street enters its second season shifting focus slightly. This PBS historical period drama set in Alexandria, Virginia at a Union hospital during the American Civil War was focused more on the lives of the two central female characters in its first season, Mary Phinney (Mary Elizabeth Winstead, The Hollars) a staunch New England abolitionist, and Emma Green (Hannah James), a sheltered southern belle. The two crossed paths in Set in Alexandria, Virginia the Mansion House hospital, former home of the Greens that was into a Union hospital as Alexandria was under martial law in control of the Union Army.

In this second season the story broadens out to take into account the lives of the newly freed slaves or “contraband” as they are often referred to as, and the growing relationship between the still married Southern Dr. Jedediah Foster (Josh Radnor) and the Northern abolitionist nurse Mary Phinney. Their relationship is always complicated one given their completely different backgrounds. The emergence of the freed blacks as a force of their own is most embodied by the character Samuel Diggs (McKinley Belcher III), a free man who begins to exert his freedom by showing he is educated with a background in medical training when he secretly tutors Dr. Byron Hale (Norbert Leo Butz) for a medical examination he must take in order to keep his credentials. The Greens, meanwhile continue their subterfuge plotting against the Union, which puts them all in danger, the boldest of all being Alice (AnnaSophia Robb) who endeavors to seduce a Union soldier and spy for the rebels. This second season is an improvement over the first in that, with the setup out of the way, the characters are now in place to grow. While the series still tends to lean toward sentimentality, it does have a feeling of staying true to historical reality and it is certainly not squeamish when it comes to showing the repercussions of 19th century warfare. 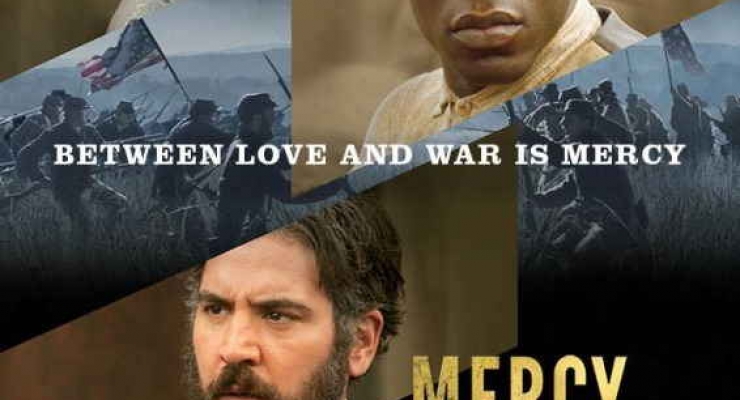 Mercy Street is shot in HD on the Arri Alexa and brought to Blu-ray in an AVC 1080p encodement from PBS. For the most part the image looks satisfying and offers good detail and color reproduction, but there are some issues inherent to the source that bring it down a few notches. Shadows show a lot of video noise and banding, black levels are a bit inconsistent, and detail in backgrounds, especially in shadows, tends to look blotchy, verging on posterization.

Mercy Street arrives on Blu-ray with an English DTS-HD Master Audio 5.1 mix that is subtle at best. The front-heavy mix doesn’t do much with the surround channels other than place some very low ambience there and extremely subtle atmospheric effects. That said, the front channels carry wide effects like the chirping of birds and crickets, the din of the streets and prattling of the Union hospital. Dialogue is full, clean, and clear.

For American civil war buffs and fans of slightly melodramatic costume dramas Mercy Street may just be the perfect intersection. It shines a light on a period of American history and a war that, in many ways the nation is still fighting. The production values are exceptional all around as is the casting and direction. The picture quality isn’t in line with the best that is available on disc today, but it is more than acceptable.