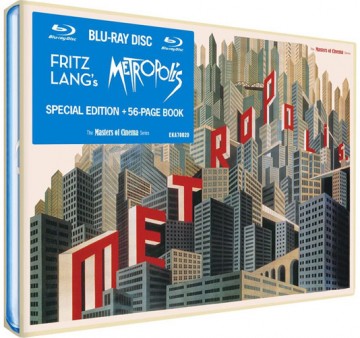 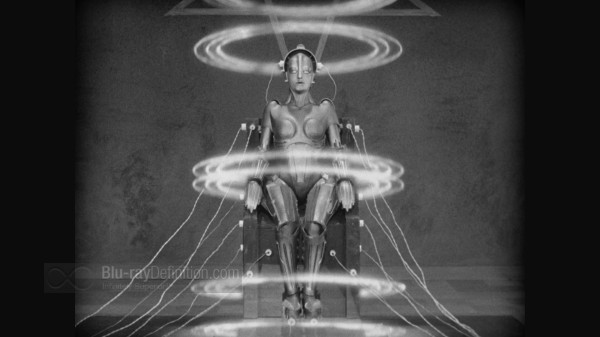 Here finally is Fritz Lang’s 1929 science fiction classic Metropolis restored and reconstructed to the director’s original vision. Metropolis tells the story of the futuristic of Metropolis, a new Tower of Babel, overseen by a sole corporate leader, Joh Fredersen (AlfredAbel). Joh’s son Freder (Gustav Frölich) stumbles upon the working class men below the city and witnesses one of their deaths, thereby being profoundly moved. Along with a beautiful prophetic priestess named Maria (Brigitte Helm), Freder leads a rebellion of the workers against Metropolis.

The film, famous for its imagery of towering cityscapes with flying machines and the female robot coming to life may have visually looked to the future, but its concerns are all firmly rooted in the first-half of the Nineteenth century, particularly those of pre-Second World War Germany. Those social concerns can be seen in the treatment of women as either sexualized seductresses or the virginal saviors or society, in the treatment of Ausländers as the root of societal corruption, as seen in the newly restored Yoshiwara nightclub scene, or the suspiciously Eastern Jewish looking inventor Rotwang (Rudolf Klëin-Rogge) and his portrayal as an jealous, untrustworthy wizard-like character with five-point stars all over his surroundings.

The film, although a flop on its initial release, has gone on to become one of the most influential in cinematic history. It has influenced numerous science fiction classics too many to mention, most notably Blade Runner and Star Wars. One could even argue it had a strong influence on the animated sequences of Pink Floyd’s The Wall and most certainly The Fifth Element. 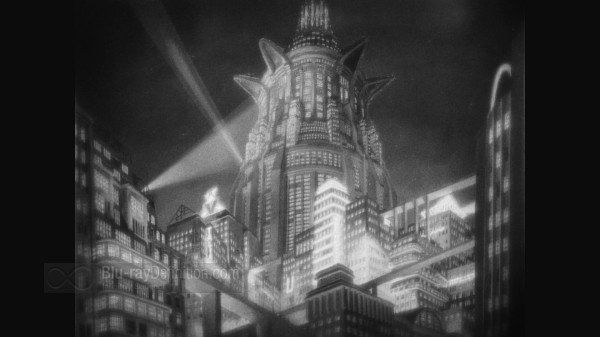 It was this poor quality 16mm dupe, which was used as the source to finally reconstruct the full version of Metropolis. It is certainly not the ideal situation, but it is the best that is available. The missing frames were taken from the 16mm dupe, which was fixed up as much as possible and added to the 2001 restoration of the film, technically based on a 2K digital intermediate made from the best surviving materials, namely the Paramount camera negative held at the Bundesarchiv-Filmarchiv in Berlin and various first generation nitrate copies from archives around the world.

This new fully restored and reconstructed version is provided on this Blu-ray release from Eureka in a 1.37:1 1080p/24 encoding. The frames taken from the 16mm dupe with improper aspect ratio are given black bars on the top and left edges. Additionally, there are still some frames missing that were either too damaged or just not present. Black frames are inserted in their place.

For a film from 1929 with such a complicated provenance, this version of Metropolis looks rather good, particularly the portions from the 2001 restoration. There is very steep drop off in quality with the 2008 16mm footage that is wholly unavoidable, but it does remind one of the classic nature of this material. Although this will never reach the absolute sparkling reference nature of contemporary HD material, it looks about as good as it will ever get. 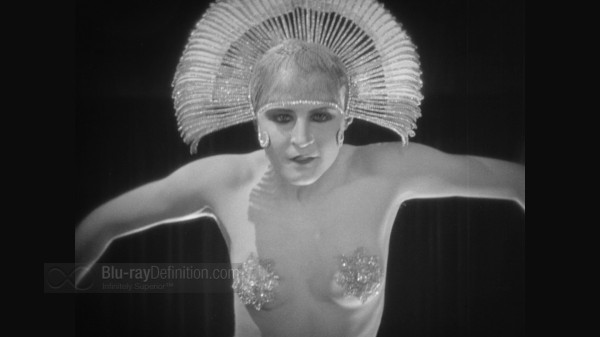 Yes, even a silent film must have a musical score. In the old days these would often be played live during a premiere by an orchestra or by a pianist or organist at lesser theatres. This new restoration of Metropolis has been given a brand new recording of its Gottfried Huppertz score. Recorded in 2010 by the Rundfunk- Sinfonieorchester Berlin under the baton of Frank Strobel, conductor and silent film music specialist, the recording is provided here in two spectacular mixes, a DTS-HD Master Audio 2.0 stereo mix and a DTS-HD Master Audio 5.1 mix, both at 48kHz/16-bit. Both versions provide beautiful sounding, lifelike ambience, a wide soundstage, strong instrumental separation and smooth high frequencies. 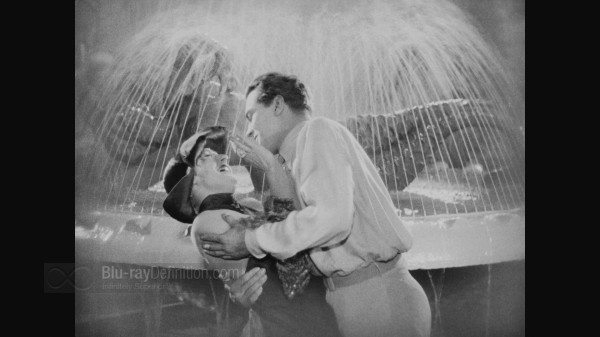 There’s an appropriately strong set of bonus features included along with Metropolis delving into the history of the film and its creators, namely Fritz Lang. The audio commentary is one of the most informed I have heard in a long while and the 56-page booklet is a strong read, including an archival interview with Lang himself. 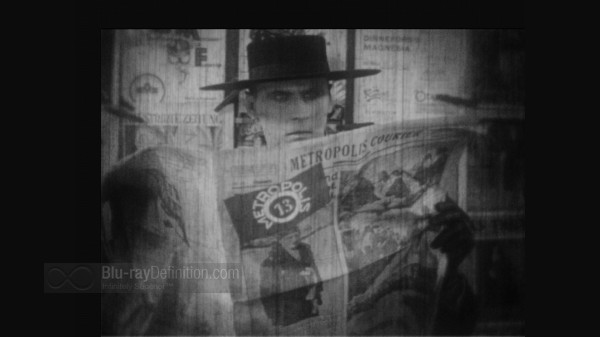 This silent classic has finally been reconstructed to the “director’s cut” and is a must have for science fiction fans, cineastes and historians. It looks film-like and classic with a marvelous new recording of the score and it should be on everyone’s shelves. 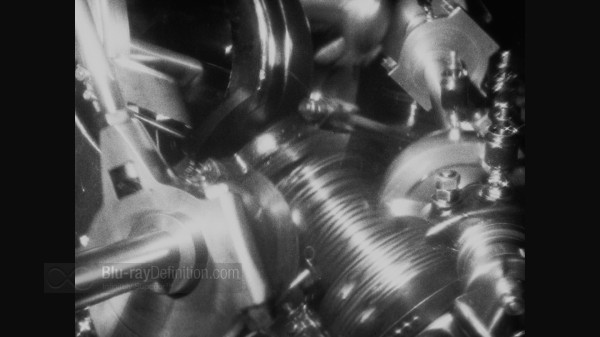 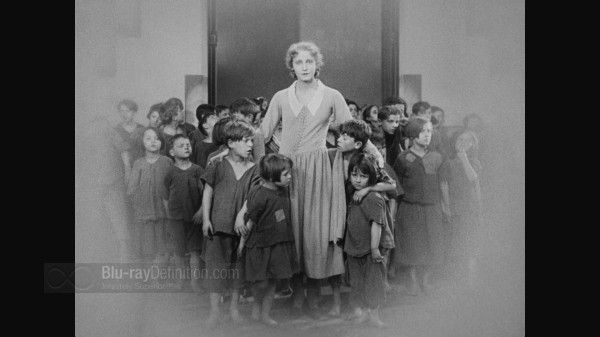 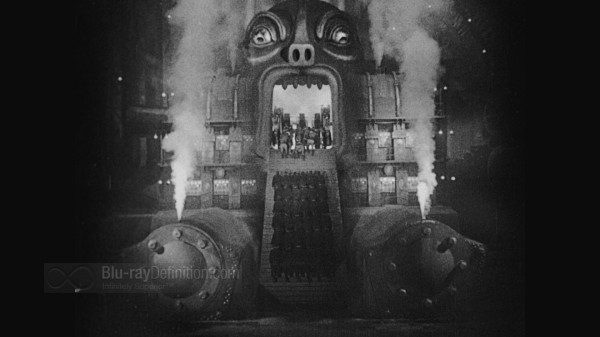 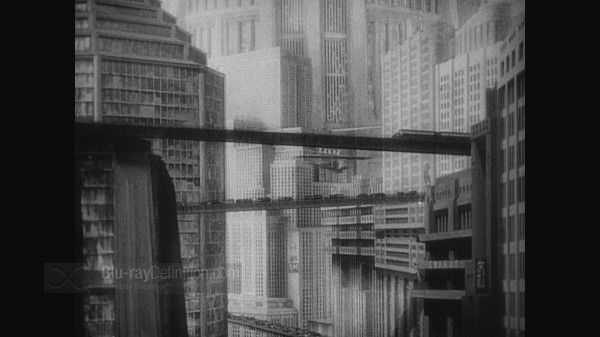 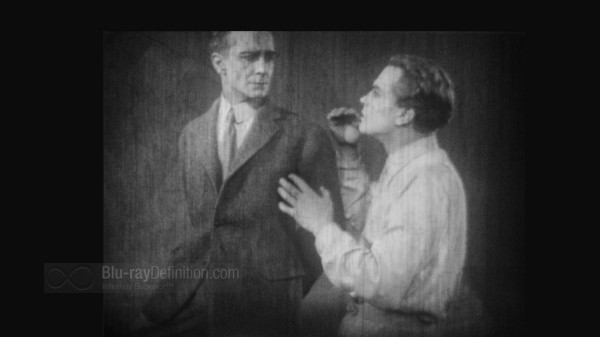 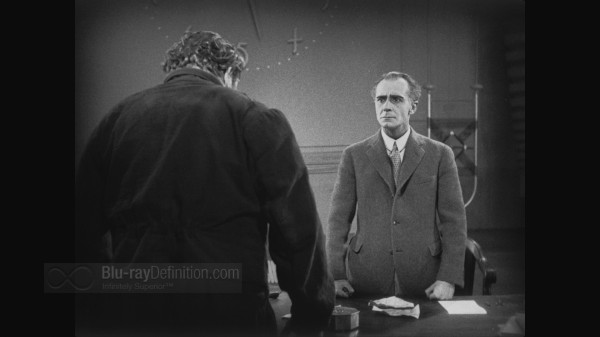 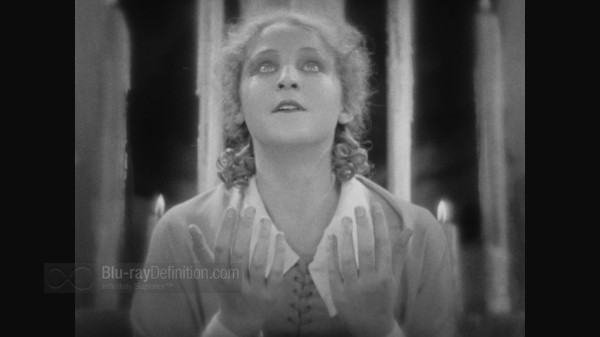 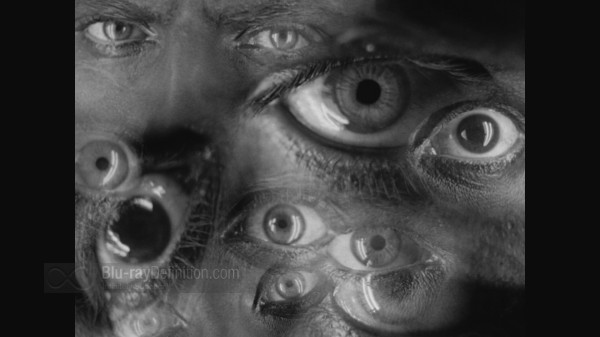 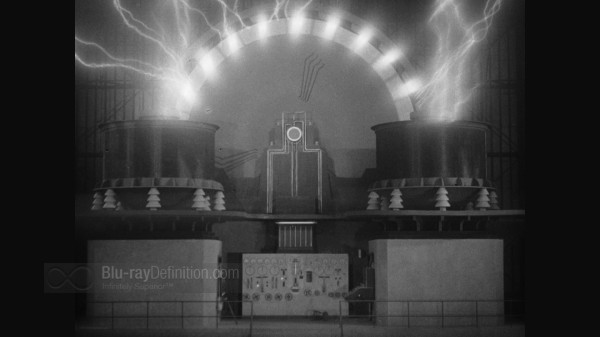