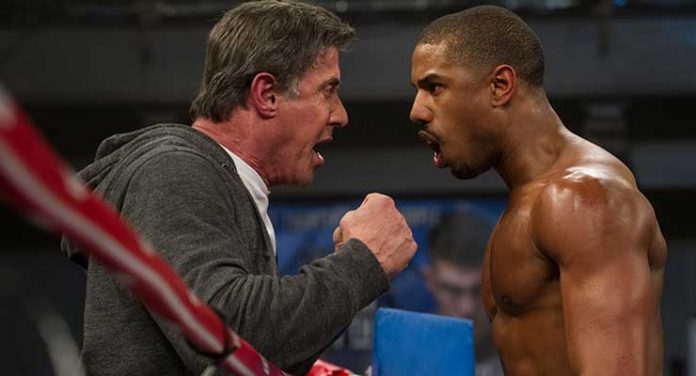 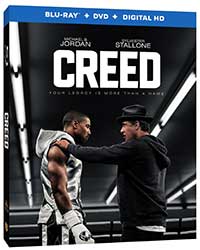 On the surface – Creed implies that Sylvester Stallone may have gone back to the well once again to bring the “Italian Stallion” back to the big screen one…more…time. Looks can be deceiving, because outside of being an executive producer and being the co-star of the film – Ryan Coogler (Fruitvale Station) and Michael B. Jordan have come in to tell the tale of Apollo Creed’s son.

Adonis Johnson (Michael B. Jordan) is Apollo Creed’s son and has obviously grown up without a father or father figure in his life. He has grown up a hard individual, however. Johnson has a fighting spirit that cannot be dulled by a typical 9-5 career and seeks to nourish his spirit by dedicating his life to fighting in the ring on a professional level.

After leaving his normal life behind Adonis travels to Philadelphia to seek counsel and hopefully get trained by the legendary Rocky Balboa (Sylvester Stallone). Rocky is done with the fighting life and is content living his remaining days running his local Italian restaurant and doesn’t want to take up the challenge of training Adonis – even though he sees a lot of Apollo in the boy.

When the world gets wind that Apollo Creed had an illegitimate child – circumstances begin to change and both men will have to get in the ring one last time to settle the scores. Creed was one of a few films I missed out in 2015 that had been nominated for something at the Oscars. In this case – Stallone received an Oscar nomination for his portrayal of Rocky Balboa. Personally, he did a great job and the nomination was well deserved.

As far as the film itself – Ryan Coogler is a sharp talent and one to watch for in the future. His command of the film medium is reminiscent of The Hughes Brothers and their early output. Like young Adonis, Coogler is hungry and every frame of Creed drips with confidence and effectiveness. The way the fights have been choreographed one gets the feeling that the viewer is being set up to be the fly on the wall or to watch from their very own front seat INSIDE the ring. The cinematography is outstanding. I read that Ryan Coogler will be directing Black Panther for Marvel and they are lucky to have him.

Jordan is a sharp actor worth watching and Stallone playing Rocky does a great job in essentially passing the torch to Adonis. Whether Creed sets up a new franchise spin-off for Adonis AND Michael B. Jordan remains to be seen and I am ready for it, should they choose to go forward with it.

Creed is presented in 1080p, 2.35:1. The film looks amazing. Yes, it does take place in Rocky’s old stomping grounds of Philly and the neighborhood still looks as rough as it did 40-years ago. The transfer of this film does not gloss over its rough surroundings. Contrast and sharpness levels are consistent and never fluctuate. The color palette can be drag at time depending on the scene. There’s a wide array of interiors and various locales where the colors pop out. Banding and pixilation were never issues here. Honestly, I would say that this video transfer is of reference quality.

Creed is presented in DTS-HD Master Audio 7.1. Like its video predecessor, the Blu-ray also has a reference quality sound

design. The fights were choreographed and shot in a 360-degree angle and as the camera moves around in a big circle on the mat you can hear many voices hit every single discrete channel in your home theater. One minute you have a coach yelling through a rear channel before you have someone else yelling through a front channel. It was quite cool and startling. Dialogue is crystal clear and the LFE subwoofer channel handles the hits and bass nicely.

The special features on the Blu-ray are lean enough and concise enough to provide information on what went into the making of the film. There’s a nice making-of segment that doesn’t go into “talking head” fluff along with an interesting featurette detailing what Michael B. Jordan went through to get into shape for the role. Almost 20 minutes of deleted scenes wrap up the special features. The special features are all presented in high-definition and the Blu-ray package contains a Digital HD UltraViolet Copy and DVD of the film.

I’m saddened that I was not able to catch Creed during its theatrical run but am more than thrilled to have experienced it on Blu-ray. It’s definitely one of the best films of 2015 and everyone involved deserved the accolades that were received. The Blu-ray looks and sounds great and the special features are entertaining. If you’re already a Rocky fan then this Blu-ray release is a no-brainer. If you were on the edge about blind-buying it then I would go ahead and give it a chance. You be pleasantly surprised.