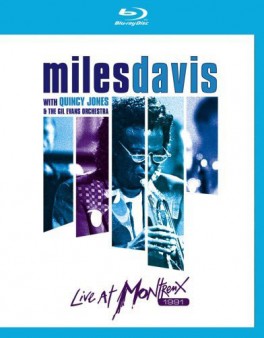 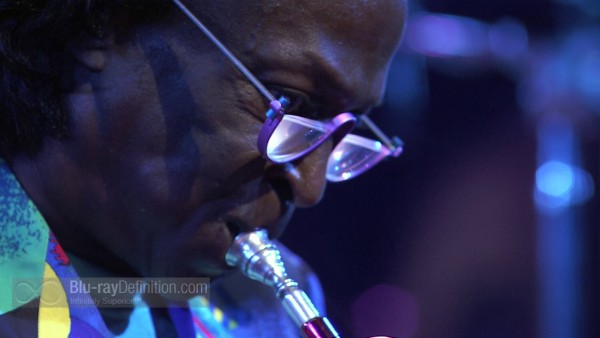 In the 1950s, jazz trumpeter Miles Davis and musical arranger Gil Evans formed a relationship that would become legend. The collaboration resulted in some of the most seminal recordings in the jazz catalogue, including Miles Ahead (1957), Porgy and Bess (1958) and Sketches of Spain (1960). These albums, with their lavish orchestral arrangements, modal music, and innovative soloing from Miles Davis would set a standard for jazz for years to come. Unfortunately, given the size requirements of the orchestrations and budget constraints, it would mean that much of the music would rarely, if ever, be performed live in its entirety during that period. And for Miles Davis, once the period was over, it was over. Miles was never one to look back. By the mid to late 60s, Davis was already moving on to fusion, and through the 70s and 80s, he would be traversing many other musical terrains, from funk to rock to soul. He had no desire to ever go back and perform these much beloved arrangements. It would be the death of his longtime friend and collaborator Gil Evans in 1988 that would finally bring him around, but not without much arm twisting from friends music producer and jazz musician/composer Quincy Jones and Montreux jazz Festival organizer Claude Nobs. In 1991, the festival finally went on, Davis, ill (the musician would pass away only three months after this concert) and still not eager to even rehearse the pieces, finally showed up to perform what would be a grand event. Quincy Jones conducted the Gil Evans Orchestra (including Gil Evans’ son Miles Evans on trumpet) and the George Gruntz Concert Jazz Band. It was Jones’ decision to double the orchestration to avoid having the woodwinds drowned out by the brass instruments. Trumpeter Wallace Roney shared the trumpet solos with Davis, while Davis’ saxophonist Kenny Garret was included as well.

The repertoire for the July 8, 1991 concert, made up mostly of music from Miles Ahead, Porgy and Bess, and Sketches of Spain, begins with a continuous suite of six tracks, beginning with “Boplicity” from the the early classic The Birth of the Cool. It continues on with “Maids of Cadiz,” “The Duke,” “My Ship,” “Miles Ahead” and “Blues for Pablo.” Then it shifts to music from Porgy and Bess, tackling a rambunctious rendition of “Orgone,” a fleeting “Gone, Gone, Gone,” which transitions into a smooth as silk performance of “Summertime” and then a version of “Here Come De Honey Man” reminiscent of something off of Van Morrison’s Astral Weeks or Veedon Fleece. Or, perhaps I should say, the latter are reminiscent of the former. The show concludes with two pieces from the Spanish-influenced, Sketches of Spain, “The Pan Piper” and a riling 12-minute version of “Solea.”

While it is evident early on that Davis was not near his peak at all performance-wise during this concert, his sound is unmistakable. The yearning screech of his muted trumpet is uniquely Davis, and there are moments where he blows a note that hits right in the chest. However, it is the brilliant efforts of Quincy Jones (himself a classical scholar trained by none other than Olivier Messiaen) to bring the arrangements of Evans to life, and the support of Wallace Roney and Kenny Garret that make this Miles Davis concert, his last appearance at Montreux, a jazz triumph. 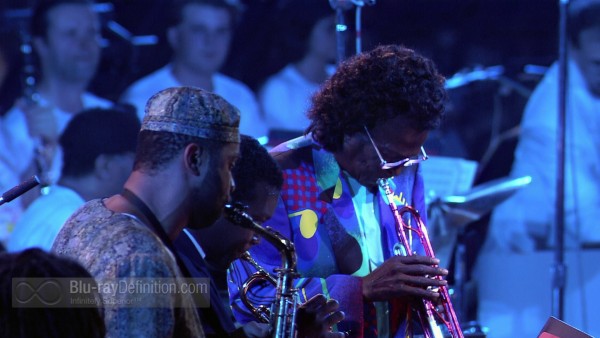 This monumental performance was shot in 1991 with a high definition video system supplied by Sony. For an early HD effort, I must say it looks rather good, but there are artifacts evident in the image and it doesn’t quite reach the level of some of the best looking images of today. There is some posterization visible, hints of video noise, definite motion artifacts in the fast side-to-side pans, and contrast isn’t always as strong as one would like to see it. That said, this stands up very well compared to some HD productions of more recent vintage. It arrives on Blu-ray in a more than serviceable AVC/MPEG-4 1080i/60 encodement from Eagle Rock. 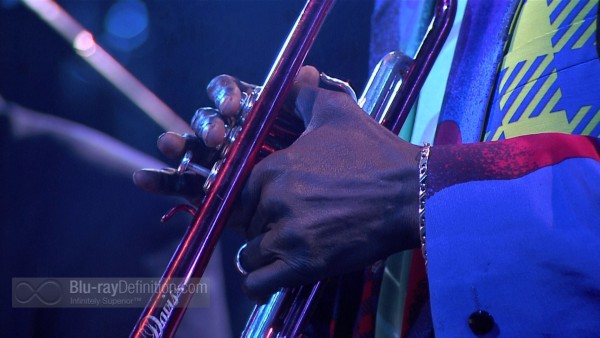 Sound was captured on two 48-track recorders also supplied by Sony and is offered up in two magnificent tracks, a stereo LPCM 2.0 (48kHz/16-bit) track, and DTS-HD Master Audio 5.1 (48kHz/16-bit). The latter is really the way to go here, as it superbly captures the breadth and ambience of the performance space, the punch and depth of the drums, and squeal of Miles’ trumpet. Dynamics are so natural and the atmospherics in the surrounds are just right. The stereo track is good as well, but it lacks the same impact as the 5.1 version. 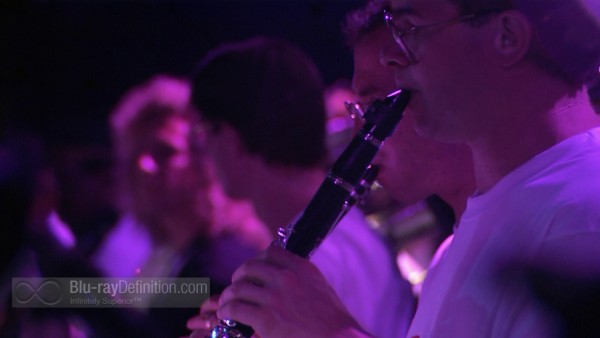 A series of brief interviews, all in standard definition, with influential jazz musicians as well as one with the late organizer of the Montreux Jazz Festival, Claude Nobs, all friends and acquaintances of Miles Davis, are supplied. Detailed liner notes are also included documenting this performance and giving some historical background information on the relationship between Davis and Evans. 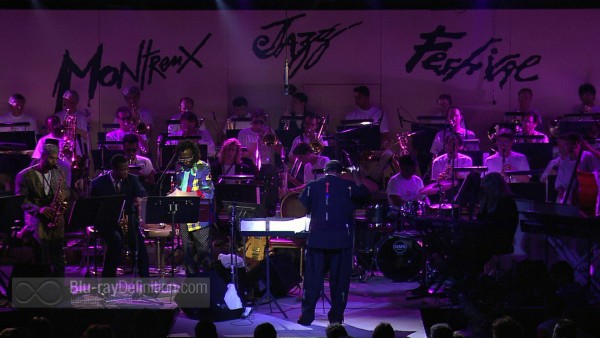 This 1991 concert from Montreux featuring Miles Davis, Quincy Jones, and the Gil Evans Orchestra is music as it should be. Simply put, it really doesn’t get much better than this 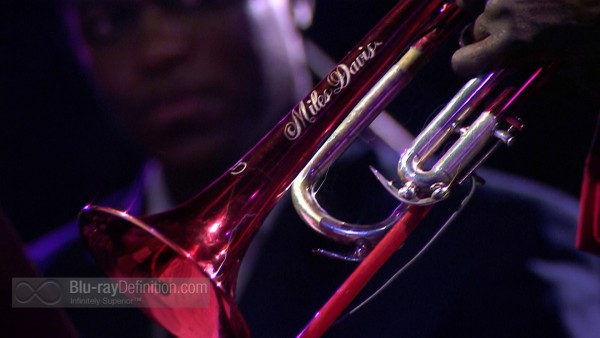 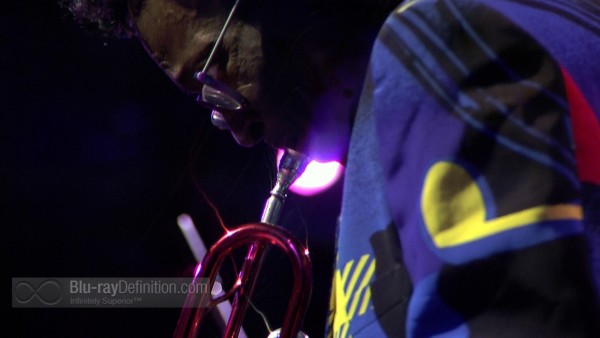 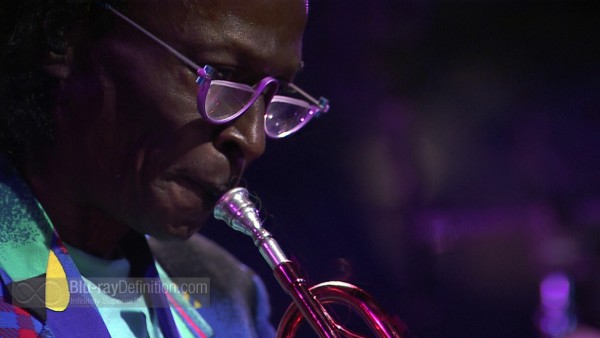 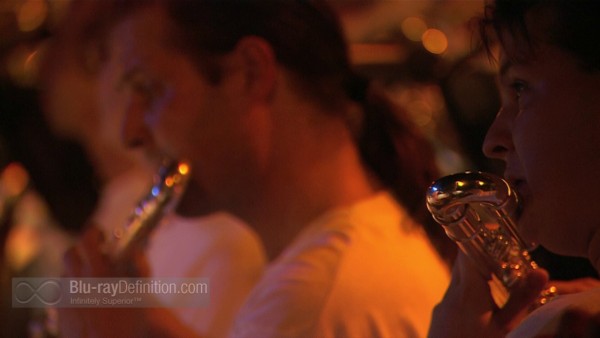 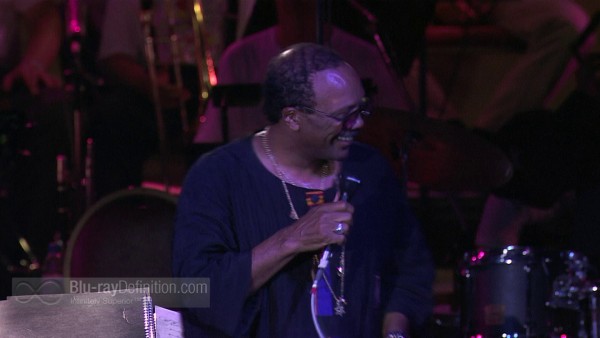 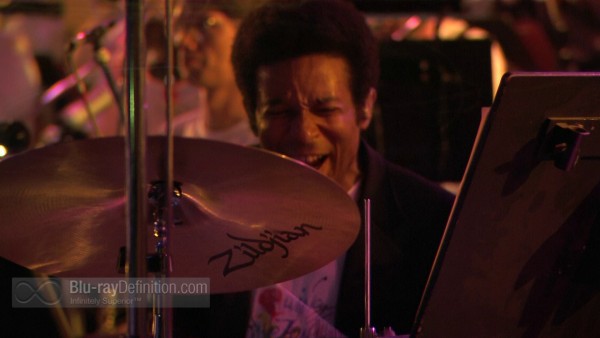