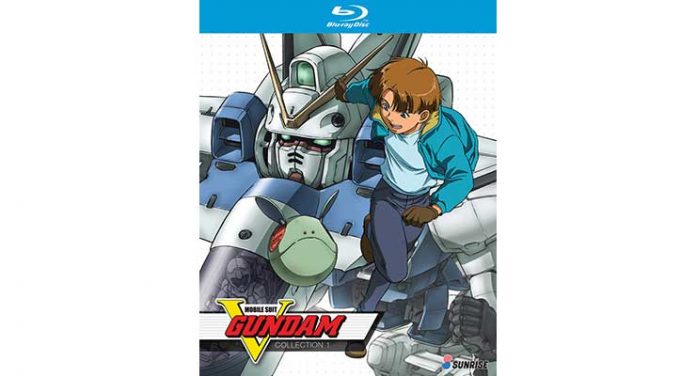 The series takes place after the conflicts of the Federation and Crossbone Vanguard in Mobile Suit Gundam F91. The weakened Earth Federation maintains a grip on those still living on the planet, but they are attacked by BESPA the military forces of the space-based Zanscare Empire who want to wipe out all vestiges of civilization on Earth. Because of the Federation’s weakened state, it is left to a grassroots band of resistance fighters, League Militaire, to stand against BESPA. When Uso, living a quiet life in the rural Eastern European village of Kasarelia with his childhood friend Shakti, crosses paths with the BESPA pilot Cronicle Asher, he is drawn into the fight. Uso becomes the main pilot of the white Mobile Suit Gundam V fighter, the symbol of the resistance, and begins to have his eyes opened to the violence and ravishes of war, even as Shakti implores him not to let the circumstances carry him away and turn him into someone he is not.

I would describe Mobile Suit V Gundam as a more, pastoral series than its predecessors up to this point, given that across much of these first 26 episodes, the series takes place in the quite rural areas of Eastern Europe and not in space, although, not to give away too much of the story, we do finally get to space. The musical score by Senju Akira also contributes to this quaint, pastoral sensibility during much of the series’ expository scenes. 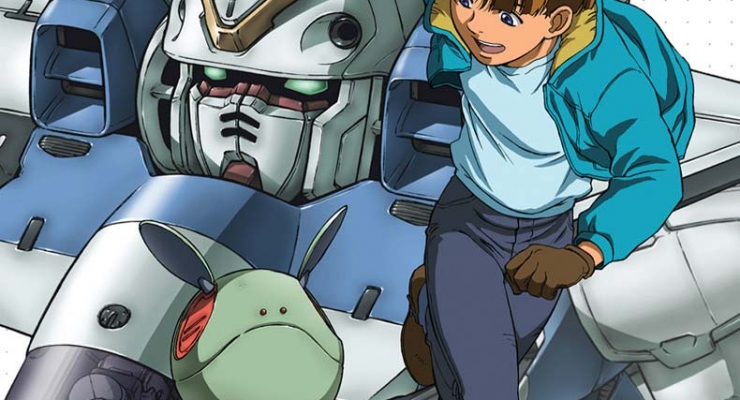 We also have a story revolving around a boy, still coming of age, thrown into the most terrible of situations, an outright war, confronted with death, slaughter (the BESPA forces actually resort to using the guillotine to scare the populace into submission), an apparent betrayals. Uso and his childhood friend Shakti make a very compelling a likeable pair.

The animation in this series is not particularly a standout, but the mecha or Gundam are certainly cool to see. There are plenty of them being mass-produced in this series, and in different configurations, for those otaku who get off on the mecha genre. And the action sequences are edge of seat good in that old school way.

This is a disappointingly slim choice of supplements, but they do grant more opportunities to admire the animation.

This is a solid Gundam series that has been beautifully restored. For those familiar with this series from the first time around, my research tells me that the first episode has been swapped with episode 5. This could create some confusion for those who have never watched Gundam before.