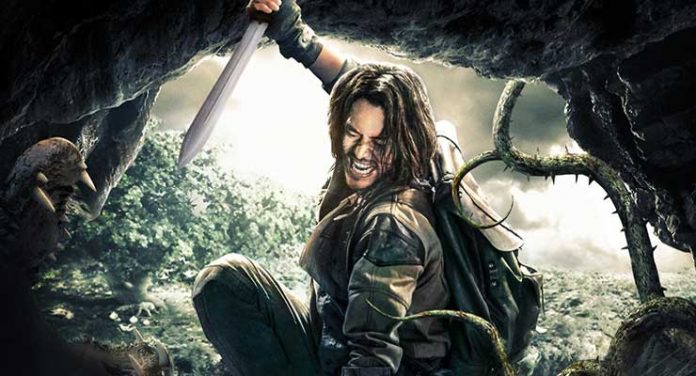 The tomb raiding heroes from the 2015 film return in Mojin: The Worm Valley for a new action-packed adventure. This time the mojin (tomb raiders) aren’t so much raiding tombs as they are raiding an ancient mountain in search of an artifact that can potentially cure all of them from a fatal affliction. Led by Hu Bayi (Hang Cai) They head to mystical Yunnan to seek out the legendary Tomb of Emperor Xian, located on an island populated by giant, monstrous creatures, like a giant crab, deadly man-eating fish, and lizards. Along for the ride is Bayi’s love interest and spunky tomb raider Shirley Yang (Xuan Gu).

The action doesn’t disappoint in Mojin: The Worm Valley, and neither do the visual effects, which can actually become a little heavy-handed at times. There’s a sequence in the first act of the film with fireflies that serves a small purpose later on in the film. Most directors would have edited this down to an essential scene rather than let it drag on for as long as it does, as Fei Xing (Silent Witness) does here, which slows the pace of this adventure film. That is a problem throughout this film, actually. Xing often lets the direction wonder off and lose focus, so this film is not as pinpoint in purpose as the one that preceded it. By the end, we end up with a mishmash of adventure and melodrama and forget somewhat what the original purpose of the heroes’ journey was. 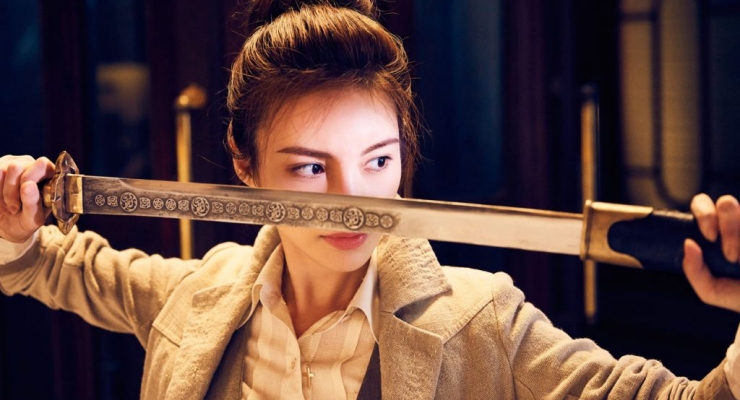 Mojin: The Worm Valley was shot in Redcode RAW and used a 2K DI in the mastering stage. The film comes to Blu-ray in an AVC 1080p encodement that mostly looks satisfying with excellent detail, vibrant color, and nice contrast and shadow detail, but there are some flaws. Underwater sequences and some scenes in the dark show some heavy banding that could potentially be in-camera.

Mojin: The Worm Valley hots Blu-ray with a Mandarin DTS-HD Master Audio 5.1 mix and a Mandarin Dolby Digital 2.0 stereo mix. The lossless 5.1 may not be an immersive DTS:X mix like Well Go US releases occasionally come with, but it sure doesn’t disappoint. This is an aggressive mix that places sounds all around, from the rumble of monsters to far off chatter when the adventures are in the village. The score is delicately balanced into the din of sound effects and dialogue never gets lost. We also get big low end and airy, natural highs that aren’t fatiguing.

Only the trailer for Mojin: The Worm Valley and other Well Go USA films is included on the Blu-ray. A DVD is also included with the feature film in standard definition.

A monster popcorn flick that could use a little more tautness in its direction and a little less reliance on its visual effects. That said, Mojin: The Worm Valley is a rollicking time spent and a solid disc.