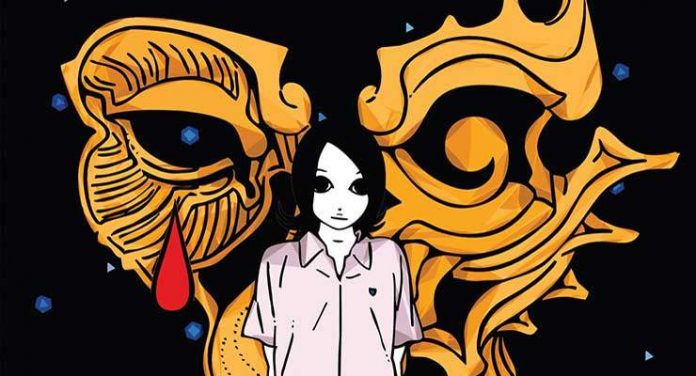 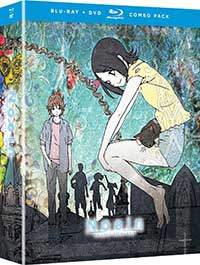 I was completely unfamiliar with Noein: To Your Other Self when FUNimation sent this series out to me. The series is not a new one either, it dates back eleven years, but is just now getting a full release on Blu-ray stateside. I have to say, apart from the lackluster video quality (see below), I was immediately blown away by what I was seeing from an animation standpoint with Noein. This character designs from Kishida Takahiro are like a throwback to a bygone era, not just of Japanese animation, but of Western animation as well. I was sort of reminded of Disney’s xerography era, such as on films like 101 Dalmatians, or the 1977 Ralph Bashki film Wizards. There’s a fight sequence between two key characters where the action sort of devolves, for lack of a better term, into mere pencil sketches reminiscent of storyboards, and this reminded me of the fantastic psychosexual Japanese animated cult classic Belladonna of Sadness (review coming soon).

The story in Noein is nothing to sneeze at either. Like the best of the sci-fi anime genre, it is a philosophical brain teaser that dips into quantum physics for a twisting, mind-bending plot that, while it isn’t always the easiest to follow and may sometimes trip over itself, is always thoughtful. The story involves time travel, which is always tricky, and multiple universes. The central figure is a girl named Kaminogi Haruka. Fifteen years into the future, a multi-dimensional war will lay waste to Haruka’s current timeline, and from this possible future, a group of time travelers from a parallel dimension known as La’cryma, show up in search of the “Dragon Torque” – an item with powers to repair their dimension. But La’cryma is at war with a neighboring dimension, Shangri’la, 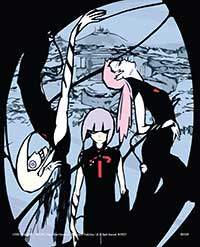 that wants to destroy all the other possible worlds and merge them into its own. Haruka seems to be the key to all the possible futures, a so-called universal observer who can solidify the existence a timeline or future merely by observing possible events. One other thing, these La’cryma warriors from 15 years into a possible future, they are also possible future versions of Haruka’s friends Yu, Ai, Isami, and Miho.

It is not all always easy to follow, but depth of scientific complexity, such as passing references to Schrödinger’s cat, very surreally animated at that – and the awe-inspiring action sequences and animation of Noein place this somewhere in the realm of a Serial Experiments Lain-type cult series that is worthy re-watching a few times to take it all in.

FUNimation labels Noein as an “HD Native” release, but I really have to question whether that may be in error, based both on the year this series dates from (2005) and the quality of the picture on this Blu-ray release. Encoded in AVC 1080p at a fairly low bitrate that hovers around ~15Mbps and drops as low as ~8Mbps and peaks around ~25Mbps during action sequences, this series looks very soft, and suffers from a lot of banding, some posterization, and visible aliasing in the CG work. Could this all be from the low bitrate? There are in fact also three lossless 5.1 tracks included on each disc (see below) and the three BDs have about nine episodes per disc squeezed on to them. 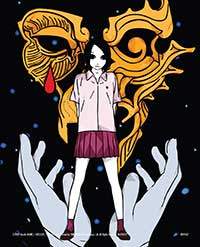 Noein comes with the Japanese soundtrack in Dolby TrueHD 5.1with English subtitles as well as an English dub in Dolby TrueHD 5.1. You can also access the Japanese Dolby TrueHD 5.1 track with Spanish subtitles. Anyone who knows me knows I almost always prefer the Japanese voice cast for anime releases and Noein is no exception. The English cast sounds either too hammy or too flat. That said, the mix in 5.1 is pretty much the same for both tracks, although the English dialogue does seem to sound a bit more upfront and clearer. The atmospherics are good, but discrete effects are minimal at best and dynamics seemed to be squeezed.

I enjoyed the on-location feature with the director and Japanese voice actor Kudou Haruka, the voice of Haruka. They go around the actual town where the series is set. There is also a commentary for episode 24, some English bloopers and other promo materials.

Noein: To Your Other Self is of the highest quality. It’s one of those series that hits you with some intense psychological drama and out of this world animation. It has the whole package. The only things disappointing about this set are the picture quality and the average sound. But, if you can get past that, you will surely enjoy this.