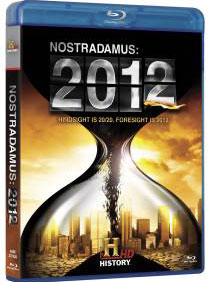 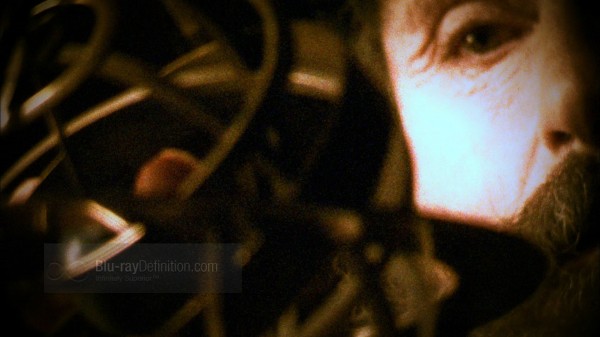 Nostradamus: 2012 is from The History Channel’s doomsday shows. Whether you are a true believer or merely curious, this is the show for you if you’re into the apocalyptic end-of-days predictions. The last time we were subjected to so much of these types of specials was in the days leading up to 2000 when the first end of the world was supposed to hit. Nostradamus 2012 focuses specifically on the latest end of the world predictions, namely the Mayan calendar’s supposed prediction and the newly found Lost Book of Nostradamus that Nostradamus scholars and believers say contains many references to the 2012 “end of days.”

The series seeks to tie Nostradamus’ predictions in with those of other groups and cultures throughout the centuries, starting with the Maya, but also to the Egyptians, Masons, and more. Through the aid of religious scholars, psychics, astrologists, astronomers, and students of Nostradamus, Nostradamus: 2012 paints a bleak picture for the coming years ahead — if you truly believe in any of it, that is.

It may be debatable that Nostradamus is the most widely recognized “prophet” throughout the world, as Nostradamus 2012 puts forth. To accept that proposition, one would have to set aside every religious work from the last several thousand years that form the basis of the world’s most formidable religions today. Still, there is no doubt that Nostradamus holds a certain amount of intrigue amongst certain members of society. Just do a Google search and see how many hits on Nostradamus you come up with and there have certainly been far too many movies and television shows to count that used his writings as the basis of their fiction and fantasy. Nostradamus 2012 should certainly find its audience. 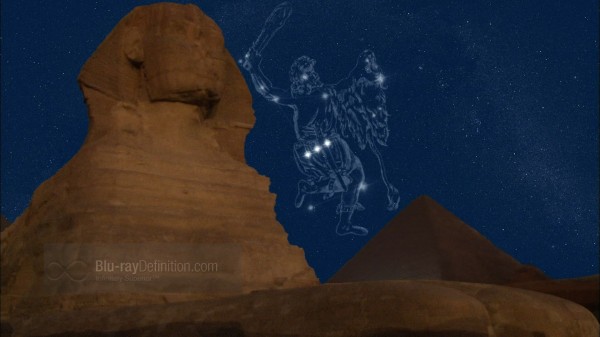 Nostradamus: 2012 comes with a solid 1080p/24 AVC/MPEG-4 encoding. Naturally, due to the nature of the production, which is culled from various sources including stock footage, CGI and HD, the image quality is not always consistent. The CGI and HD material are all spot on, however, with sharp detail and natural flesh tones. Video noise varies, but is never too obtrusive. 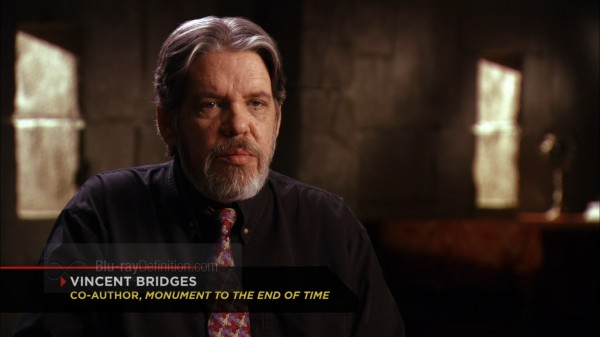 A simple DTS-HD Master Audio 2.0 stereo lossless soundtrack is provided for Nostradamus: 2012. Apart from light sound effects and a low musical score, this dialogue-driven track is nothing exciting, but it works for the material at hand. The dialogue and narration are clear and anchored to the center of the mix and high frequencies are relaxed. 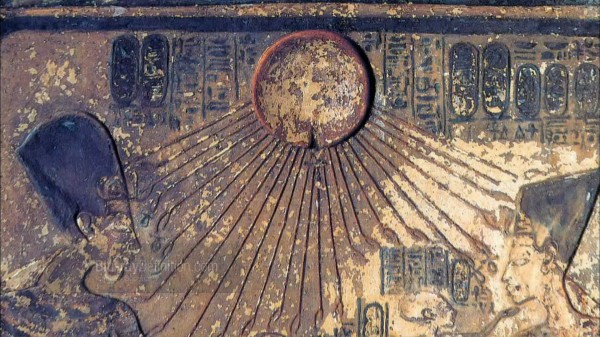 The sole supplement is a bonus program from The History Channel’s “doomsday” series, again dealing with Nostradamus. This time, however, the focus is more generalized rather than strictly on his “2012” prophecies. So, in effect, this release is a two-for-one deal. 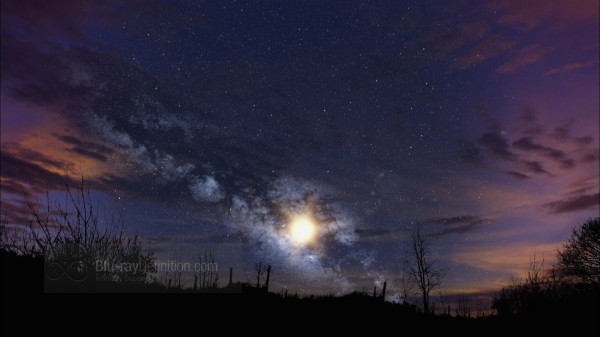 More doomsday predictions come with Nostradamus 2012, from The History Channel. It’s a two-for-one release, actually containing two separate hour-and-a-half episodes dealing with Nostradamus’ prophecies, so those who are intrigued by his writings should find this all very valuable and fascinating. 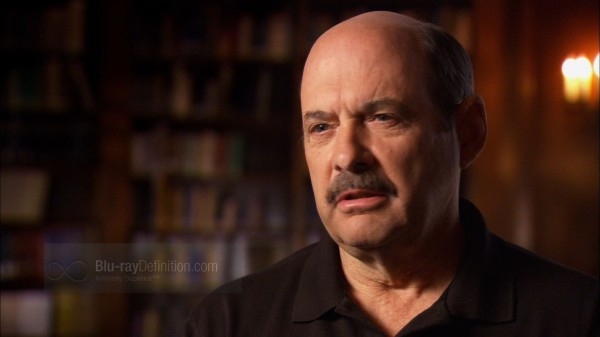 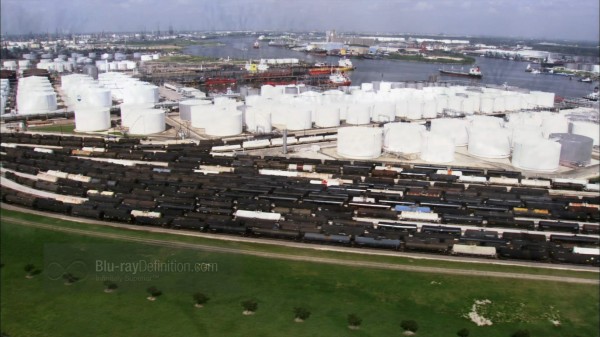 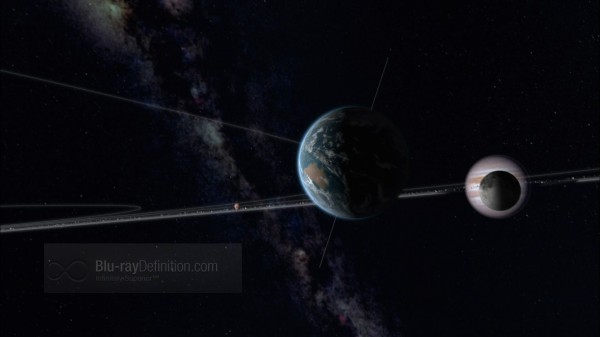 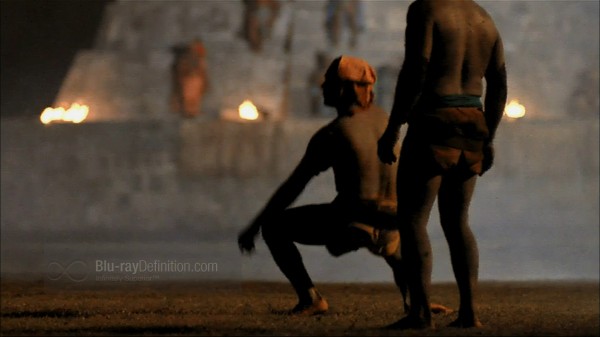 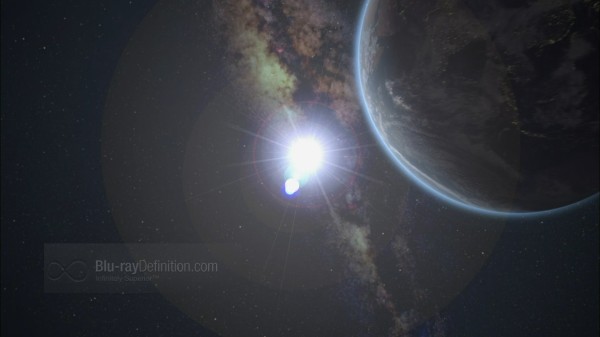 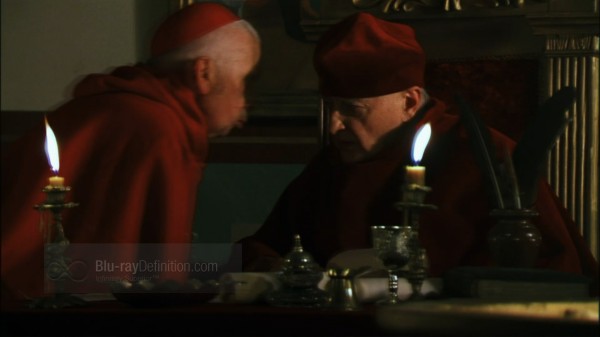 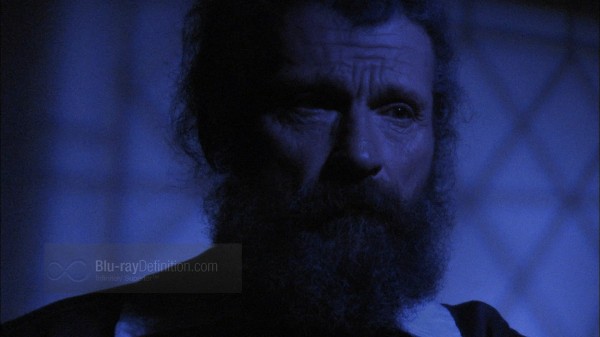