Once Upon a Time: The Complete First Season Blu-ray Review 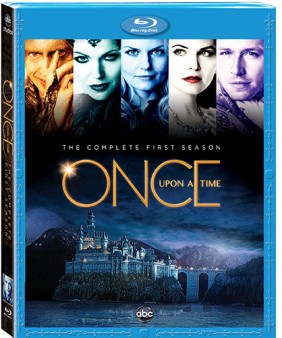 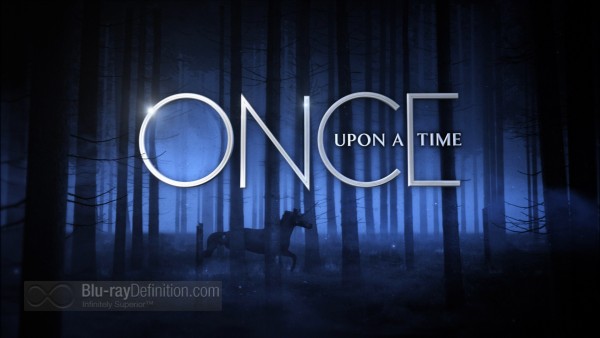 ABC’s fantasy drama Once Upon a Time (which arrives to us a little late from Disney, but just in time for the premiere of the show’s second season, so apologies to our readers) continues the current trend in Hollywood, not unlike Snow White and the Huntsman, Red Riding Hood, or NBC’s Grimm, of reworking traditional fairytales into something more relevant to modern audiences. Unlike the aforementioned two films, however, Once Upon a Time does it so much better and more originally. The creators have crafted an almost perfect and addictive fantasy drama rich with detail, true to the source material, right down to the names of every character, their origins, behavior, and even their characteristics in a contemporary setting.

Taking as its starting point the happy ending of Snow White (Ginnifer Goodwin; Something Borrowed; TV’s Big Love) and Prince Charming (Josh Dallas; Red Tails; Thor), Once Upon a Time pulls all the traditional fairytale characters out of the magical world they normally inherit and place them in the real world, a small town in Maine by the name of Storybrooke, to be exact. The Evil Queen, from here on known as Regina Mills (Lana Parrilla; TV’s 24), jealous of Snow and bitter at a great loss Snow caused her as a young girl, got her revenge on Snow and the entire population of Fairytale Land by striking a deal with the powerful Rumplestiltskin (Robert Carlyle; TV’s Stargate Universe) for the ability to obtain a dark magical spell that allowed her to tear everyone away from Fairytale Land, casting them into the real world, taking away their happy endings forever, and their memories of who they were before, but not before Snow White and Prince Charming were able to save their newborn daughter in a magical wardrobe. In the real world, Emma Stevenson (Jennifer Morrison; Warrior; TV’s House, M.D.) is visited on her 28th birthday by the son she gave away for adoption, Henry (Jared Gilmore). Henry begs her to return to Storybrooke with him and help him save the townsfolk who he is convinced are all characters from his book of stories. Emma, he says, is the savior foretold in the book, the daughter of Snow White and Prince Charming, the only one who can break the the Evil Queen’s curse.

Meanwhile, as Henry tries to convince Emma of her magic, life goes on for the people of Storybrooke, and their lives mysteriously parallel the stories in Henry’s book. Regina and Emma become instant rivals, Henry being Regina’s adopted son and Henry being convinced she is evil. It also becomes quite evident to Emma that Regina is manipulating the lives of the people of Storybrooke, even if she is not a believer, and there is one other mysterious person in Storybrooke who seems to wield much influence, Mr. Gold (Carlyle) the pawnbroker, town owner, and landlord.

The interplay between the real world and Fairytale Land in Once Upon a Time, the intrigue, and nearly perfectionist attention to the origins of the fairytales – in the real world, Snow’s name is Mary Margaret Blanchard, both a reference to the supposed roots of the Snow White Legend in the real-life Maria Sophia Margaretha Catharina Freifräulein von Erthal, and the French word for white, “blanc” – make the entire series a truly magnificent reworking of these traditional tales. Rather than simply taking the staid mythology we’ve all grown up with and trying to either turn them into spectacle with visual effects or trying to rework them into a modern setting, they have found a way to create elaborate backstories for characters we know so well that don’t seem out of place and create parallel lives for them in a contemporary world that make sense based on these fairytales. Going into too much detail would give away far too much of what makes this series so addictive, but one example is how they Ruby/Red Riding Hood (Meghan Ory) and her history with wolves. 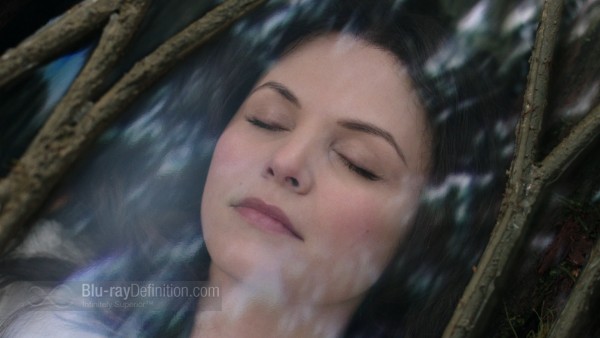 Once Upon a Time is produced in high definition on the Arri Alexa in ProRes 4:4:4 (1080p/24). It comes to Blu-ray in a strong AVC/MPEG-4 1080p encodement that is effective in capturing the details and colors of this fantasy drama. There is strong contrast and color reproduction in the image with deep blacks and primaries that pops, like the reds of Regina’s/The Evil Queen’s apples, and flesh tones look rather good, even if they alternate between natural (Storybrooke) and stylized (Fairytale Land). However, there are some portions of image where digital issues such as color banding and slight posterization in the source pop up and the added detail from Blu-ray does expose some of the green screen effects. 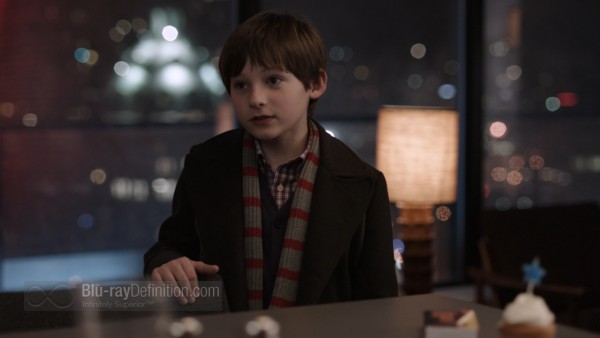 A strong lossless DTS-HD Master Audio 5.1 (48kHz/24-bit) soundtrack is provided for Once Upon a Time that has good low frequency extension and lots of atmospheric sound effects throughout the soundstage, which is a must for a fantasy series such as this. The dialogue is always upfront and clean and I heard no hints of clipping. 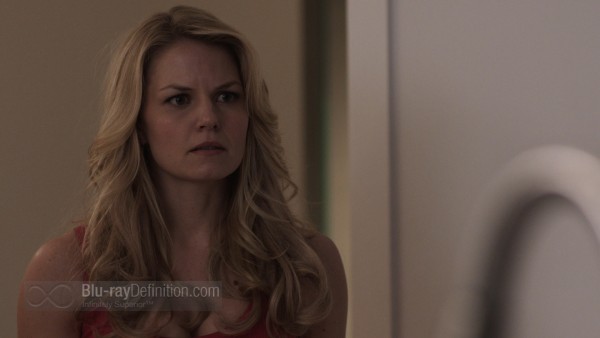 This first season set of Once Upon a Time is loaded with audio commentaries, behind the scenes featurettes, featurettes on the origins of fairy tales, and high definition deleted scenes. 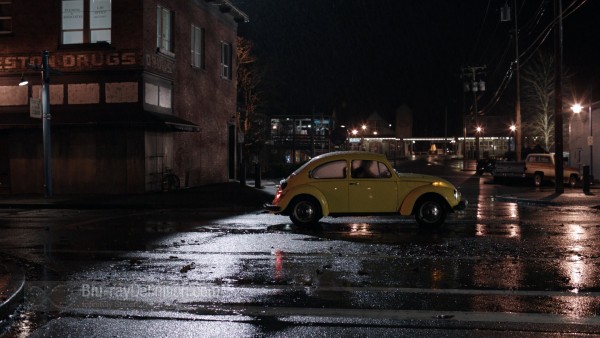 This series had a fantastic first season with a stunning cliffhanger ending and the second season premieres on September 30. You can bet your bottom dollar my DVR will be set and ready to see what happens next in this superlative reworking of these enduring fairytale characters. Highly recommended. 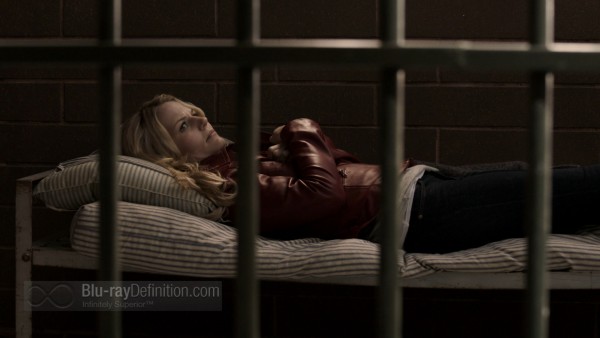 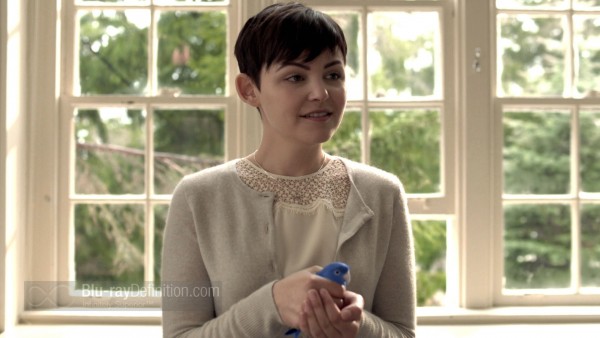 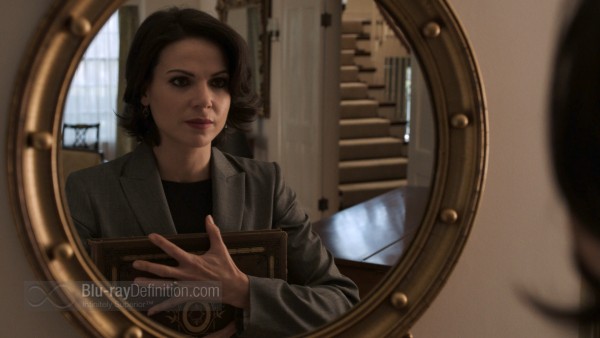 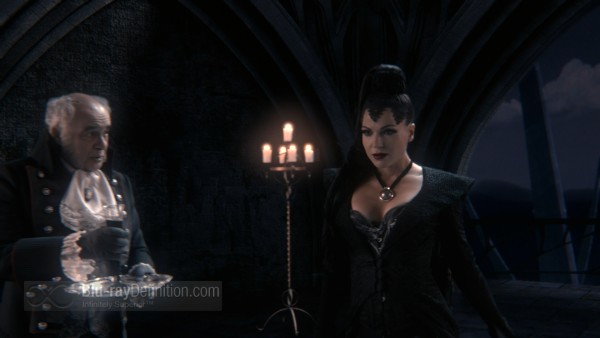 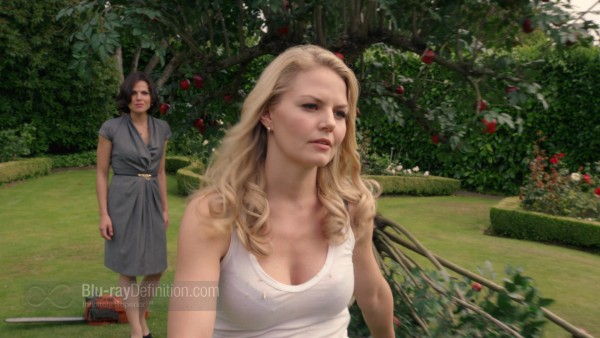 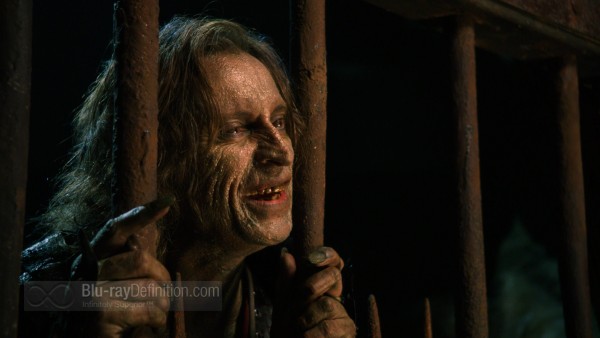 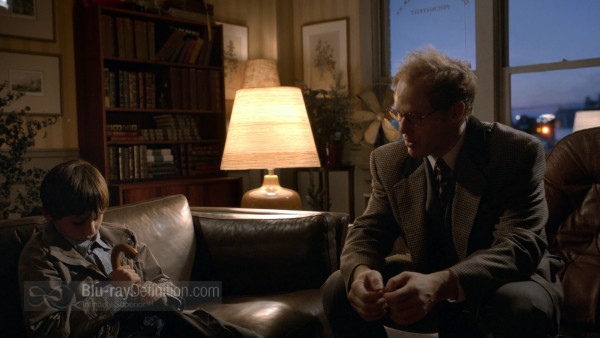