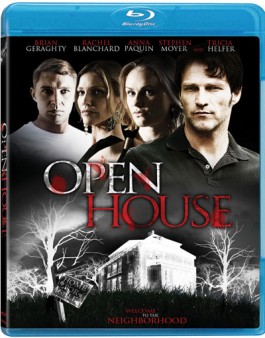 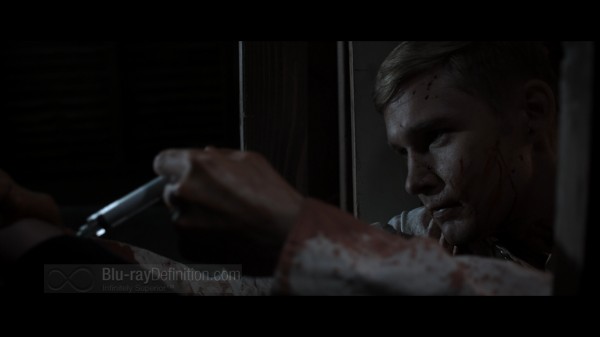 Andrew Paquin, big brother to Anna Paquin (TV’s True Blood) makes his directorial debut with this psychological thriller/slasher movie. Open House made its debut at the Tribeca Film Festival and apparently caused a bit of a buzz, and it could only be due to Paquin’s potential as a director or the stars that appeared in his debut.

The film revolves around a couple (Rachel Blanchard and True Blood’s Stephen Moyer) going through a divorce and trying to sell off their house. When a couple of visitors stop in for an open house and never leave, they end up killing Moyer’s character Josh and holding Blanchard’s character, Alice, captive in the basement.

The sexually-charged serial killing couple, David, played by The Hurt Locker’s Brian Geraghty, and Lila (TV’s Battle Star Galactica and Burn Notice) then go on to kill just about all of Alice’s friends and every poor soul that happens to wander into the house as they “house sit” on the premises over what seems to be a week or so.

David develops feelings for the chained up Alice, and hides the fact that he hasn’t actually killed her from his partner in killing (and who knows what else?).

It’s not exactly groundbreaking material and Open House, despite its occasional splashes of blood and gore, fails to fulfill the requirements of any particular genre. It’s not really a slasher film, because Paquin has the annoying habit of cutting away from most of the goriest scenes or not showing them at all. As a thriller, well, it is dull as a doornail. There’s nothing really thrilling about Open House. The first few moments of the film provide the most thrills, then everything is just passé. Psychologically, Open House also fails, because the psycho killer falls in love with his captive angle between David and Alice is just cliché.

Where Open House’s strengths lie are in its cinematography and direction. Paquin shows potential in this first outing for sure. The film looks crisp, moody, and Geraghty’s character is admittedly unsettling. Tricia Helfer also does a good job as the sexed up murderess. No doubt she’ll win over some portion of male viewers.

It should also be noted that Andrew Paquin’s little sis Anna makes what can only be called a cameo appearance (as does Stephen Moyer, truth be told) as she is on and off the screen so quickly. 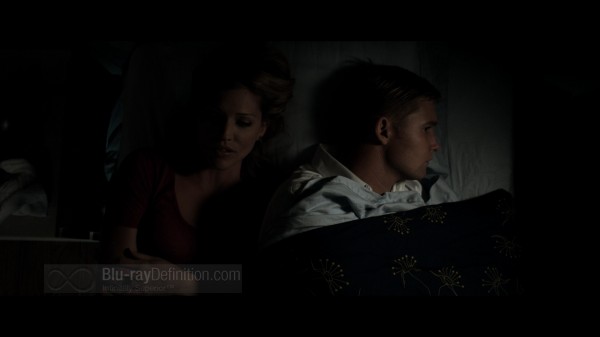 Open House was originally shot in high definition using a Red One camera, but it looks quite film-like in this Blu-ray release. Whatever slight video noise there is in the AVC/MPEG-4 encoding comes off more like film grain. The sleek, shadowy production looks good with strong textures, sharp details in skin and natural flesh tones. Reds are fittingly vermillion and really leap from the screen during those, you know, during those scenes. Blacks are inky, but there is a tendency toward some black crush. Other than that you’ll come away from Open House being more than sufficiently entertained by its HD picture quality. 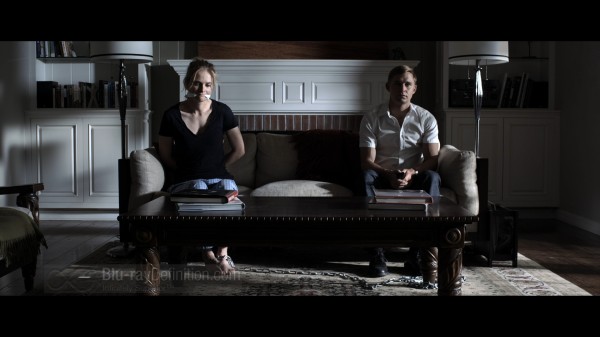 Open House comes with one soundtrack, a DTS-HD Master Audio 5.1 mix. It is only average for a film such as this. Although the front three channels are put to good use with a wide soundstage and aggressive panning, the surrounds seem to be mixed at a rather low level and rarely see any discrete action. Low frequencies, on the other hand, are quite resounding on occasion, and will give your subwoofer a pretty good workout. 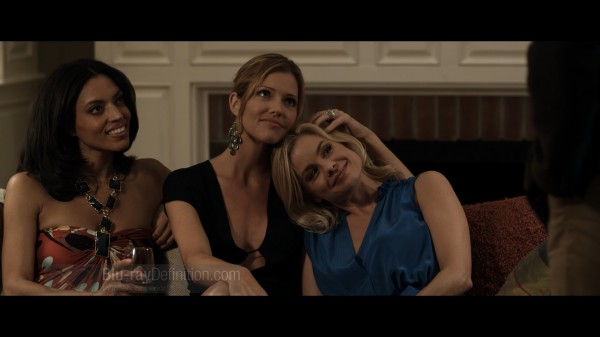 The extras that come with Open House are rather paltry. Outside of the audio commentary with the director and actor Brian Geraghty, there are only three deleted scenes and a theatrical trailer. Open House is hardly a value-added release. 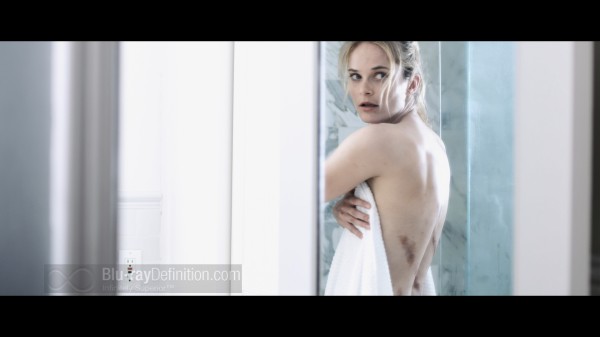 For a debut film, Open House shows promise from Andrew Paquin, but as a psychological thriller and/or slasher film, there are far better movies in these genres that one might want to view. With that said, Brian Geraghty and Tricia Helfer put on wonderful performances and the Blu-ray from Lionsgate will certainly give you an excellent home theatre experience. 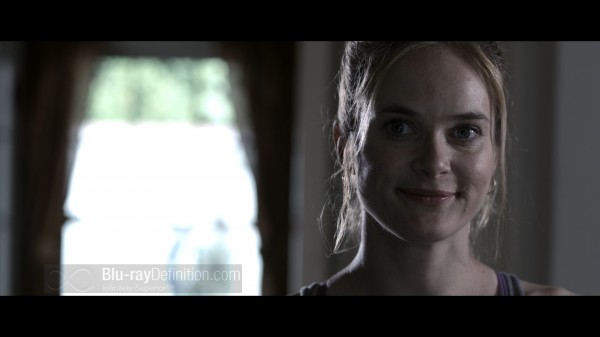 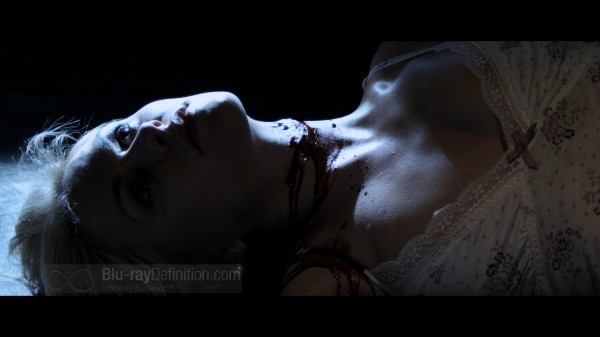 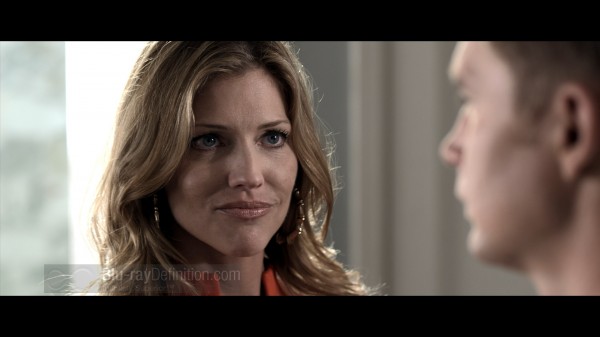 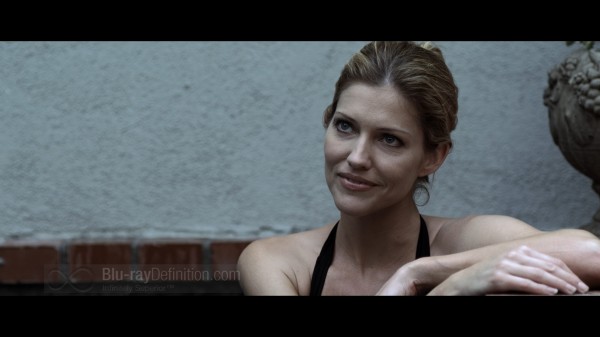 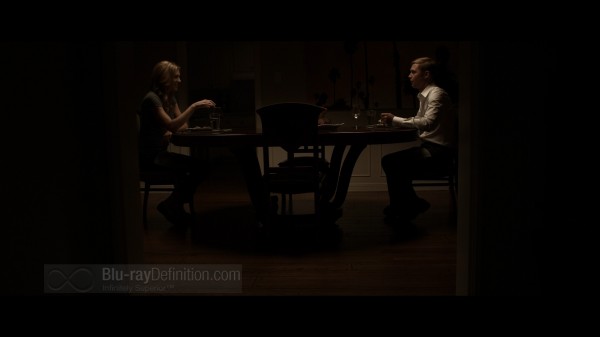 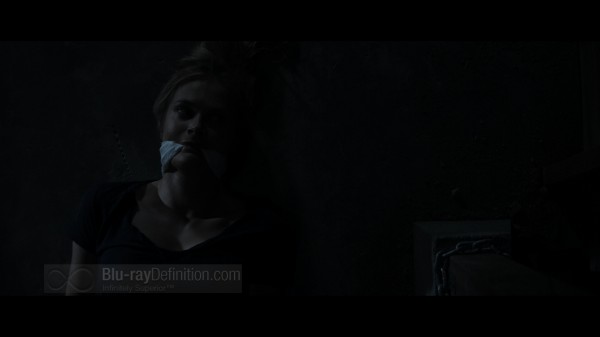 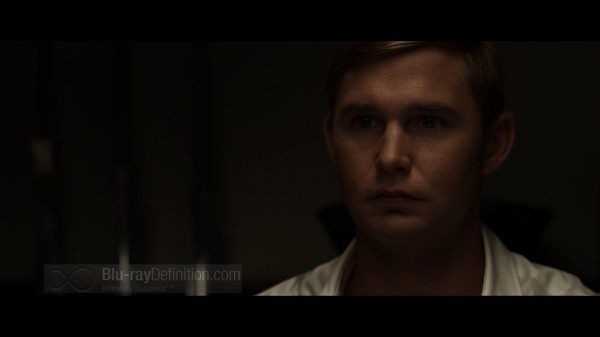 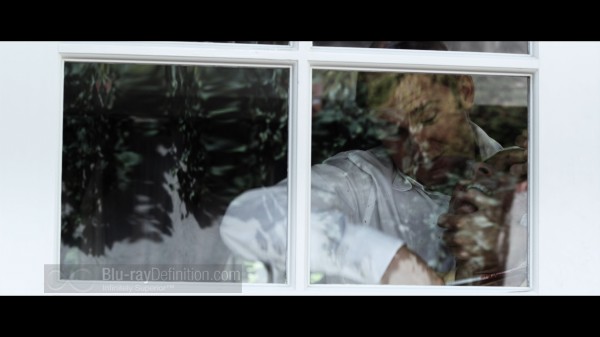 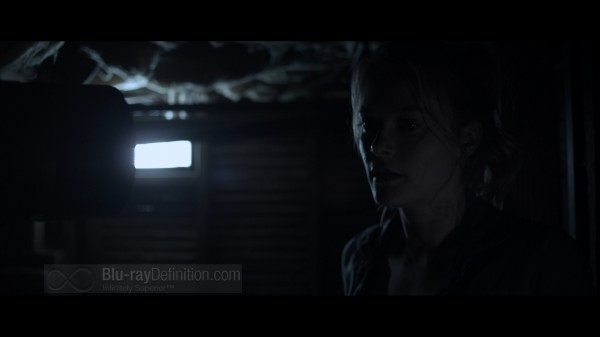 Join the Discussion on TheaterByte