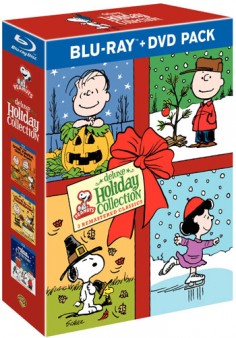 Editor’s Note: Portions of this review not specific to this release were previously published in our review for A Charlie Brown Christmas on Blu-ray. 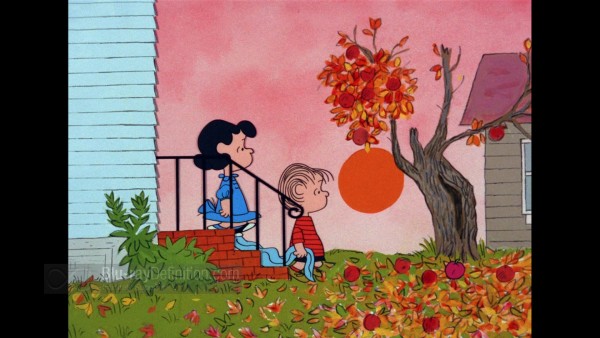 A Charlie Brown Christmas was the first-ever televised special based on comic strip artist Charles M. Schulz’ world-popular Peanuts characters. From the moment it went into production, however, it was faced with many challenges. The show’s original sponsors, Coca-Cola, were adamant against many of the choices that Schulz and Warner Bros. animator and director Bill Melendez made for the adaptation of the famous comic strip. Their use of amateur child actors to voice the roles, choosing jazz artist Vince Guaraldi to score the soundtrack, and the choppy animation and sound mixing that were a result of the low budget and short production time were just a few of the contentions.

But, in December of 1965, A Charlie Brown Christmas aired to much critical and commercial acclaim, regardless of all the challenges it had faced. It went on to garner an Emmy and a Peabody award. The jazz score that executives thought would be so detrimental to a cartoon aimed at children is now so indelibly linked to the Peanuts legacy, it seems impossible to even dream of Charlie Brown without hearing “Linus and Lucy” shuffling away in the background.

The story tells of poor Charlie Brown who is depressed, despite the oncoming Christmas festivities. He just can’t seem to break out if his doldrums. In fact, something about the whole holiday has him down. On the advice of Lucy, he takes on the task of directing the school’s Christmas play to help cheer him up and teach him the true meaning of Christmas. The result, at first, is that the commercialism of the holiday starts to get him down even more, as does the reluctance of the rest of the kids to follow his instructions. It takes a particularly moving recitation by Linus on the true meaning of Christmas to help Charlie Brown and the rest of the Peanuts gang to see past the commercialism of Christmas and get to the heart of it all.

Based on the success of A Charlie Brown Christmas, subsequent television specials would follow. In particular the holiday specials would become perennial classics, but that wasn’t always a given. The first to follow in the footsteps of A Charlie Brown Christmas was It’s The Great Pumpkin, Charlie Brown. The pressure was on the producers yet again. The network wanted a smashing success just as good as the first holiday special, or there were to be no more Peanuts specials.

The team delivered, and Charles Shulz’s characters arrived on the scene again in a quaint and even more colorful world that brought the story of Linus and his long-time belief in the arrival of The Great Pumpkin on Halloween. The special is also famous for Snoopy’s flying Red Barron battle and has entered the hearts and minds of popular culture.

The last in the trilogy of perennial holiday favorites from the Peanuts gang is A Charlie Brown Thanksgiving, in which Charlie Brown is faced with the dilemma of having to provide a thanksgiving feast for his friends before going away to his grandma’s place for his real Thanksgiving meal. With Snoopy and Woodstock kicking in to help, tensions rise amongst the gang before they settle in for a feast of popcorn and jellybeans!

Warner brings together all three of these holiday season classics remastered in high definition on Blu-ray in this Deluxe Holiday Collection and serves each of them up alongside another television special feature, also in1080p HD. 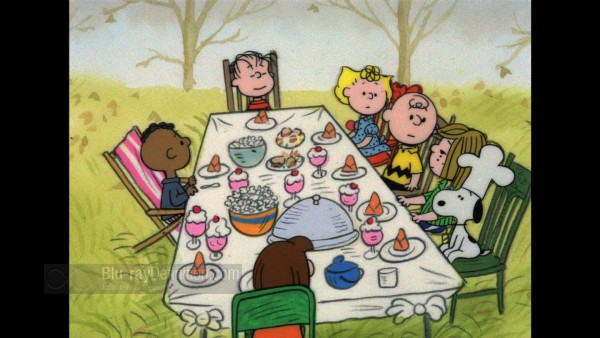 Each special has been spruced up for release on Blu-ray in a 1.33:1 1080p/24 VC-1 encoding from Warner Home Video.  Apart from some source damage that creeps in from time to time, the vintage animated productions look relatively solid with strong color reproduction, detailed line art, and relatively clean color fills. They may not have the sheen of a Disney animated transfer and they do tend towards soft graininess with more apparent source damage, but they look better than they ever have here and offer a definite upgrade over their DVD counterparts, which are also included in this package. Compression noise is nonexistent and there are no noticeable issues from any post-processing effects. 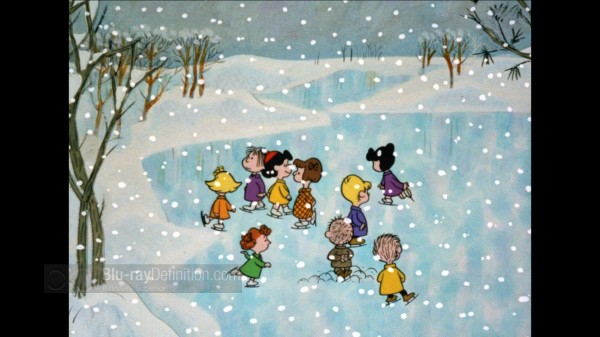 Both A Charlie Brown Thanksgiving and It’s The Great Pumpkin, Brown get new DTS-HD Master Audio 5.1 soundtracks, while A Charlie Brown Christmas is limited to a Dolby Digital 5.1 audio track. With that being said, neither of the mixes sounds incredible. Although they do open up the soundstage and provide a pleasant and very ambient home theatre listening experience, they mostly sound reprocessed, as opposed to discrete. High frequencies sound rather muffled and dull, with a bit of a swirling, almost over-compressed sound at times creeping in. 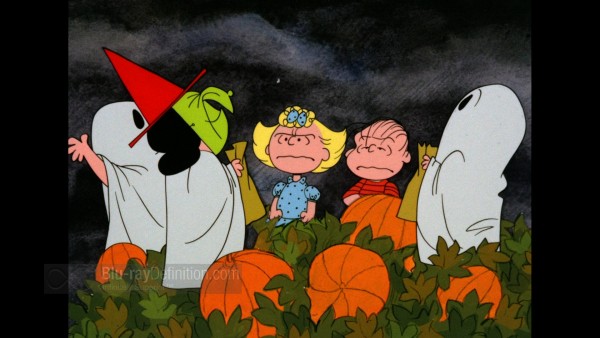 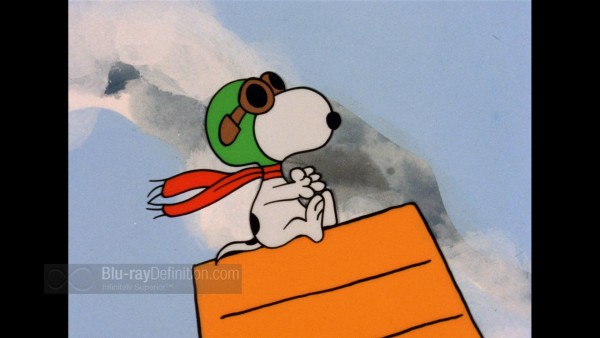 For Peanuts fans and everyone who grew up with these specials at the holidays, the Peanuts Deluxe Holiday Collection is the definitive set of these family-friendly favorites. Whether you still love them, are rediscovering them, or are introducing them to your own children, you can’t miss with this nicely spruced up and feature-packed set. 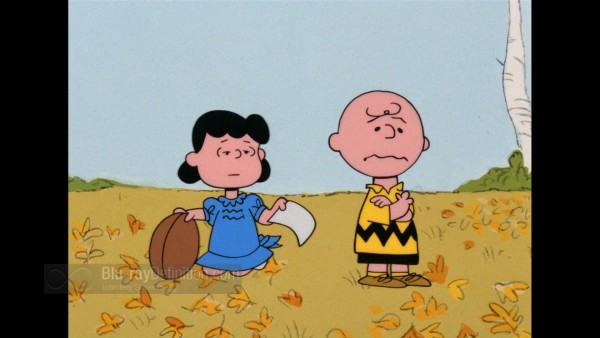 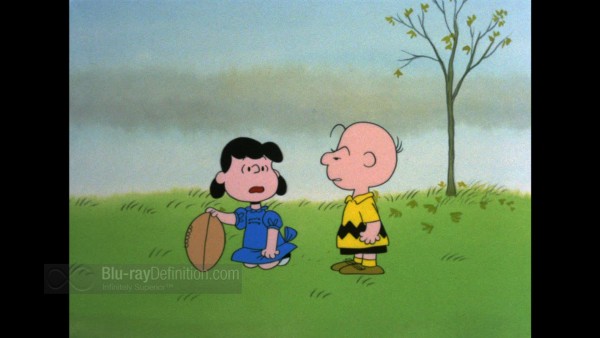 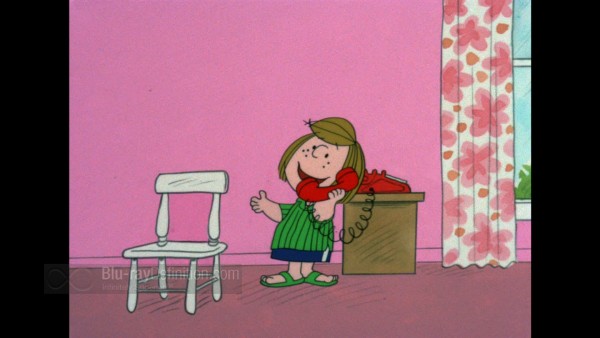 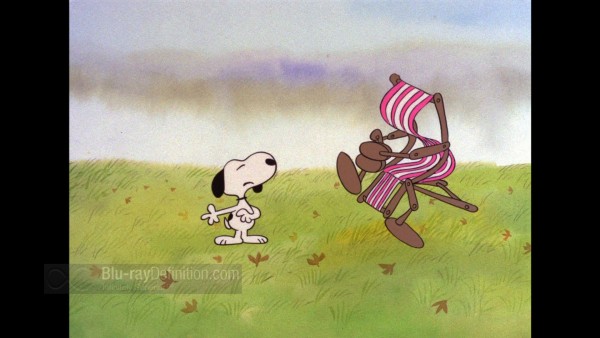