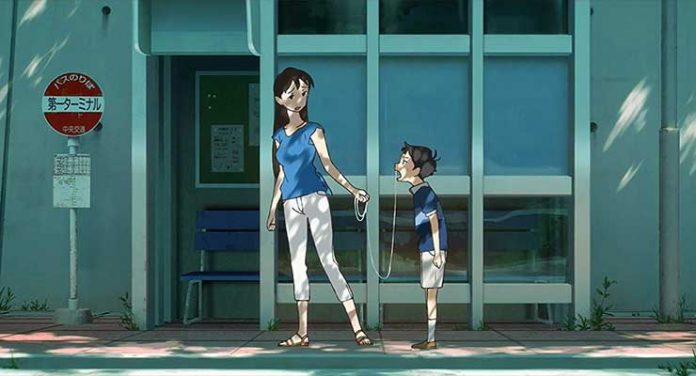 Penguin Highway is based on the bestselling Japanese sci-fi novel by Morimi Tomihiko (The Night is Short, Walk on Girl). Directed by Ishida Hiroyasu, this is a satisfying family adventure with beautiful animation and compelling characters.

The story centers on Aoyama, an intelligent 4th grader who aspires to be a scientist like his dad and already lives his life like one. When a strange group of penguins appear in his sleepy suburban town far away from the ocean, Aoyama takes it upon himself to investigate the phenomena using the scientific method. He quickly finds that the arrival of the penguins may be connected to a beautiful dental assistant from his dentist’s office whom he has a crush on – his first childhood crush. He enlists her help to investigate and thus begins a wild summer adventure that shortly involves his female classmate and chess partner Hamamoto and his best friend. There are more, potentially hazardous discoveries to be made, like an oceanic orb beyond the forest that that penguins react to and more.

This film from animation studio Studio Colorido and director Ishida is a fun, wild trip – an easy mixture of stunning artwork and character designs, adolescent growing pains, and odd phenomena one might find in the quirkier episodes of The X-Files. It’s at once funny and awkward in that childish sort of way.

For all of its wondrous appeal, Penguin Highway isn’t perfect. The story does seem to be going in a certain direction from the beginning and prodding us to follow, not that that’s such a bad thing. The adventure that this film wants to take us on is a cute one, an immensely adorable look at childhood, the openness to the new, the unexpected and the strange, while coping with those uneasy or puzzling new feelings of attraction. In a way, it’s like the central mystery in the story and the adolescents experiences with ‘puppy love’ are one and the same – new, out of nowhere, completed unexpected up to that point, and unprepared for.

If you want a charming film for the family and one that will dazzle with its imagery and offer you up some characters you will remember, then Penguin Highway is one to check out. 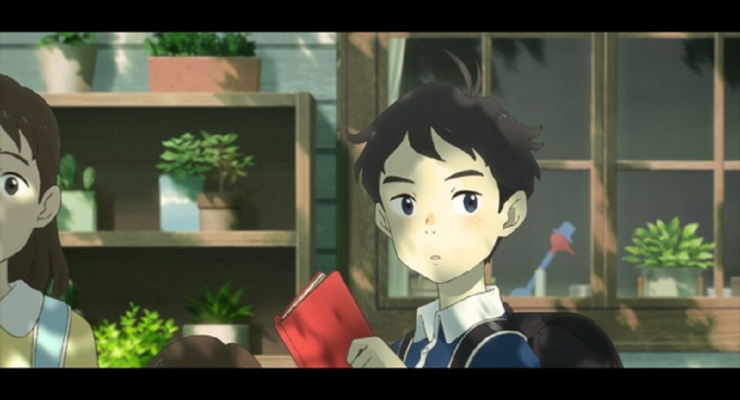 The film arrives in a 2.20:1 AVC 1080p encodement on Blu-ray that looks generally good. The colors are vibrant without oversaturation and the detail is crisp. There’s not a lot of noise, but some color banding is noticeable.

The original Japanese soundtrack and an English dub are included in DTS-HD Master Audio 5.1. Both mixes are wonderfully balanced with clear dialogue, superb dynamic range and lush atmospherics. The score drifts through the channels with natural, airy sound and some good solid effects are placed around the room at appropriate times. Low end extension is beefy without being boomy. Although English dub sounds great, the vocal cast is subpar. There’s not much emotion in their dialogue, making it distracting to watch with the English on. It’s almost like listening to a bad middle school production.

The two contemporary interviews with the director and author of the original novel are interesting inclusions that anime fans should definitely watch. The other two inclusions are just promo videos that offer a good look at some wonderful animation but aren’t necessary viewing by any means. I do wish that Shout! would also start including digital copy with their releases.

This is a heartfelt film with beautiful animation and characters we really feel a connection to. This Shout! Factory/Eleven Arts Blu-ray release offers up satisfying picture and sound on Blu-ray, two interesting interviews in its special features, and also includes a DVD.

3.6 / 5 TheaterByte Rating
{{ reviewsOverall }} / 5 User Rating (0 votes)
Studio ColoridoAnimation Studio
Shout! Factory | Eleven Arts Animation StudioDistributor
Ishida HiroyasuDirector
Ueda Makoto | Morimi Tomihiko (novel)Writer
118 Mins.Run Time
6 August 2019Release Date
$26.99MSRP
2.20:1Aspect Ratio
AVC 1080pVideo
Japanese DTS-HD MA 5.1Audio
English DTS-HD MA 5.1Secondary Audio
English | English SDHSubtitles
The Story
The Animation
The Video
The Audio
The Dub
The Supplements
Summary
Young fourth-grader Aoyama has a scientific mind and lots of curiosity, which will be put to the test when penguins suddenly appear in his sleepy suburban town far from any ocean and his investigations lead him to believe that the woman form his dentist's office -- whom he has a crush on -- may be connected to them in some way. He enlists her help along with a couple of his classmates to study the phenomena, and thus begins a weird and wild summer of adventure, discovery, and awkward adolescence in this heartfelt, often magical, and wondrous anime feature from director Ishida Hiroyasu and Studio Colorido based on the novel by Morimi Tomihiko (The Night is Short, Walk on Girl). The Blu-ray from Shout! and Eleven Arts offers a satisfying aural and visual presentation complete with bonus interviews from the director and author.
What people say... Login to rate
Order by: